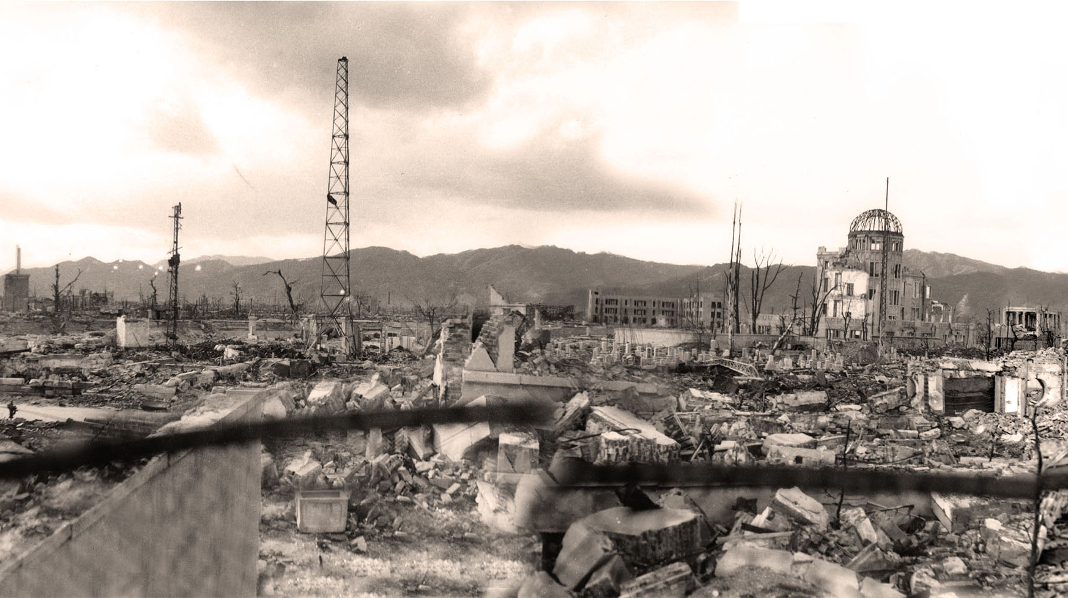 The e-briefing contains interactive panoramics of the aftermath of the bombings of Hiroshima and Nagasaki. ©ICRC

The ICRC’s latest e-briefing exposes the catastrophic humanitarian consequences of nuclear weapons. It is being issued just as the international community discusses towards a treaty to prohibit nuclear weapons.

Read the Review on nuclear weapons

Paradoxically, we know more than ever before about the impact that even a limited nuclear war would have on people and the environment. We also know, thanks to studies conducted by the International Committee of the Red Cross (ICRC) and other organizations, that there is a lack of a humanitarian response capacity in most countries and at the international level if nuclear weapons were ever to be used again.

In the e-briefing, you will view photographs and panoramics of the immediate aftermath of the atomic bombings and read the testimony of victims who survived. You will learn how the Japanese Red Cross and the ICRC responded at the time to assist victims and the work of the Japanese Red Cross today to assist survivors. The current views of the wider International Movement of the Red Cross and Red Crescent are also presented.

Although nuclear weapons have not been used in armed conflict since 1945, there is today a very real risk of intentional or accidental nuclear detonation. This e-briefing shows what international humanitarian law (IHL) has to say about nuclear weapons, and how the discussion on nuclear weapons has been reframed from one of deterrence theory and military strategy to one focused on the profound and long-lasting humanitarian consequences that the use of these weapons would have.

The e-briefing closes with an interview with Tadateru Konoé, president of both the Japanese Red Cross Society and the International Federation of Red Cross and Red Crescent Societies, and Peter Maurer, president of the ICRC, both of whom visited Japan in 2015 to mark 70 years since the the atomic bombings of Hiroshima and Nagasaki.

The scientific evidence attesting the catastrophic humanitarian consequences of the use of nuclear weapons is unquestionable. Those consequences may include massive loss of lives and destruction of civilian objects, long-term health effects of radiations, climate disruption, famine and displacement on a global scale.

States are now presented with an unprecedented opportunity to take action towards the elimination of nuclear weapons. This week the UN General Assembly (UNGA) tabled draft resolution 71/XX “Taking forward multilateral nuclear disarmament negotiations” (.pdf, 28 September 2016 draft), which will be voted on by Member States later this month.

The resolution follows the recommendation adopted by the UN Open-Ended Working Group in August with widespread support, that the General Assembly convene a conference in 2017, open to all, to negotiate a treaty “to prohibit nuclear weapons, leading towards their total elimination”.

Speaking on 12 October at the UNGA’s 71st session, ICRC Vice-President Mme Christine Beerli stated that the “international community now has before it overwhelming evidence of the horrific, long-term and irreversible effects of these weapons on health, the environment, climate and food production – that is, on everything on which human life depends. […] Having recognized these consequences, States now have a responsibility to take decisive action.”

“Although the prohibition of nuclear weapons is only one of the measures needed to ensure they are never again used and are eliminated,” Mme Beerli said, “it is an indispensable building block in reaching the universal goal of a world free of nuclear weapons.” 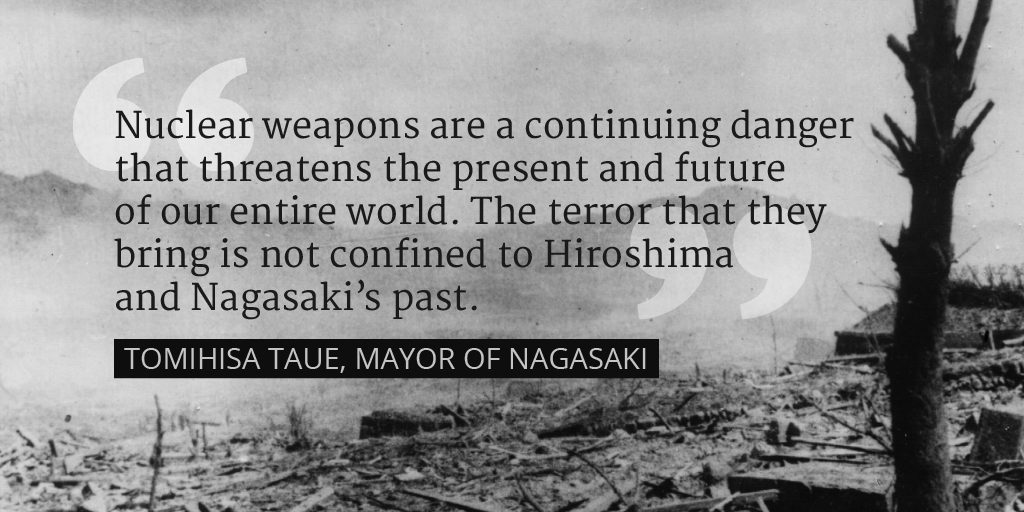 Update:  For the first time in its existence the United Nations voted to open negotiations toward a treaty banning nuclear weapons. On 27 October the UN General Assembly adopted Resolution L.41 by a majority of 123 States (38 against, 16 abstentions) and decided “to convene in 2017 a United Nations conference to negotiate a legally binding instrument to prohibit nuclear weapons, leading towards their total elimination” (par. 8).

UN Member States, along with the ICRC and other international organizations and members of the civil society, will be invited to gather in New York from 27 to 31 March, and from 15 June to 7 July 2017.

The ICRC welcomed the resolution; its delegation to the United Nations in New York hailed it as “a turning point for progress towards prohibiting and eliminating the most destructive weapon ever invented”.

In 2011 the International Red Cross and Red Crescent Movement appealed to all states “to pursue in good faith and conclude with urgency and determination negotiations to prohibit the use and completely eliminate nuclear weapons through a legally binding international agreement.”  Five years later the Movement’s call is becoming reality.

We welcome the historic step taken yesterday at the #UNGA towards prohibiting #nuclear weapons, the most destructive weapons ever invented.