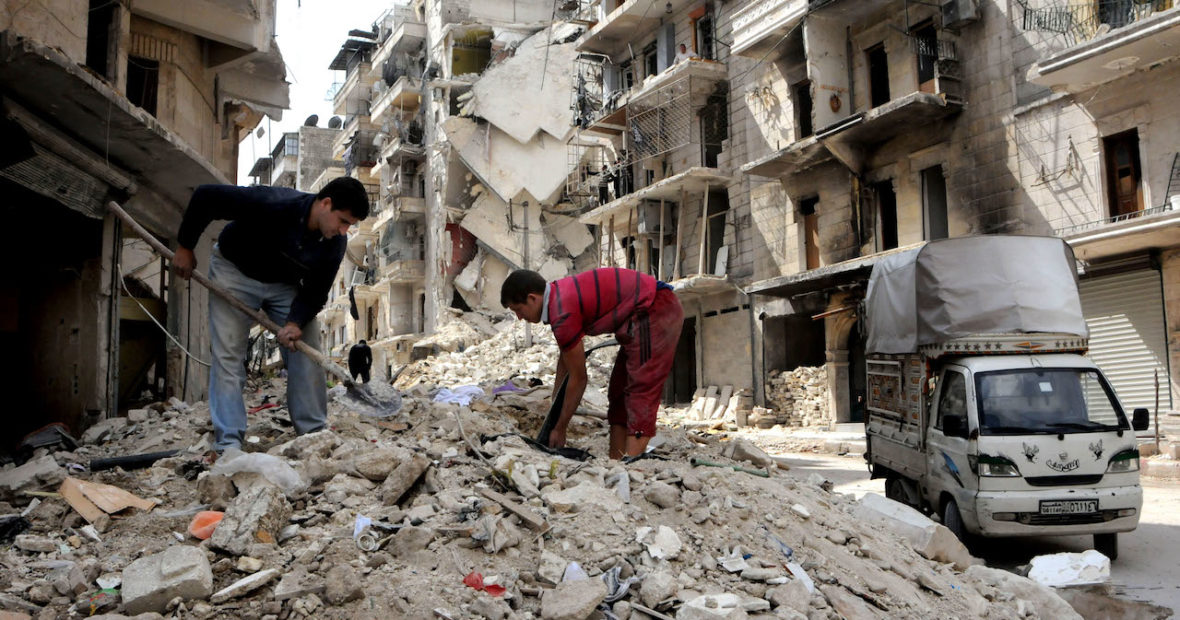 Closing out our Joint Series is a post by on Gloria Gaggioli on siege warfare published by EJIL Talk! Are Sieges Prohibited under Contemporary IHL?

[The Joint Series is hosted by the ICRC Humanitarian Law & Policy Blog, EJIL Talk! and Lawfare. It arose out of the 6th Transatlantic Workshop on International Law and Armed Conflict.]

Here is an excerpt:

Interpretation of the rule against starvation—the notion of ‘purpose’

A key issue here is whether siege warfare when civilians are present is indirectly prohibited by the prohibition of starvation of civilians since, in practice, civilians will be the first to suffer from deprivations arising out of the siege-induced isolation. What matters here is how the prohibition against starvation is interpreted. In this respect, views vary. The majority view seems to be that sieges are not prohibited even if they cause starvation, as long as their purposeis to achieve a military objective and not to starve the civilian population (see e.g.,  commentary on CIHL Study Rule 53). Some go as far as to require that starvation of civilians is the ‘sole’ or ‘primary’ purpose of a siege to consider it unlawful, which would reduce considerably the value of the provisions on the prohibition of starvation (see San Remo Manual on International Law Applicable to Armed Conflicts at Sea, 12 June 1994, Art 102 a:‘sole purpose’ in relation to sea blockades); Manual on International Law Relating to Air and Missile Warfare, 15 May 2009, Art 157a: ‘sole or primary purpose’ in relation to an aerial blockade’). In practice, it is very difficult, if not impossible, to prove that the ‘purpose’—and particularly the ‘sole or primary purpose’—of a siege is starvation of civilians. However, arguably, failing to attempt an evacuation of civilians, or at least the most vulnerable among them, coupled with a denial of humanitarian assistance should suffice to indicate that the purpose of the siege is to starve civilians.

A combined reading of Articles 54(2) and (3): A prohibition on incidental starvation?