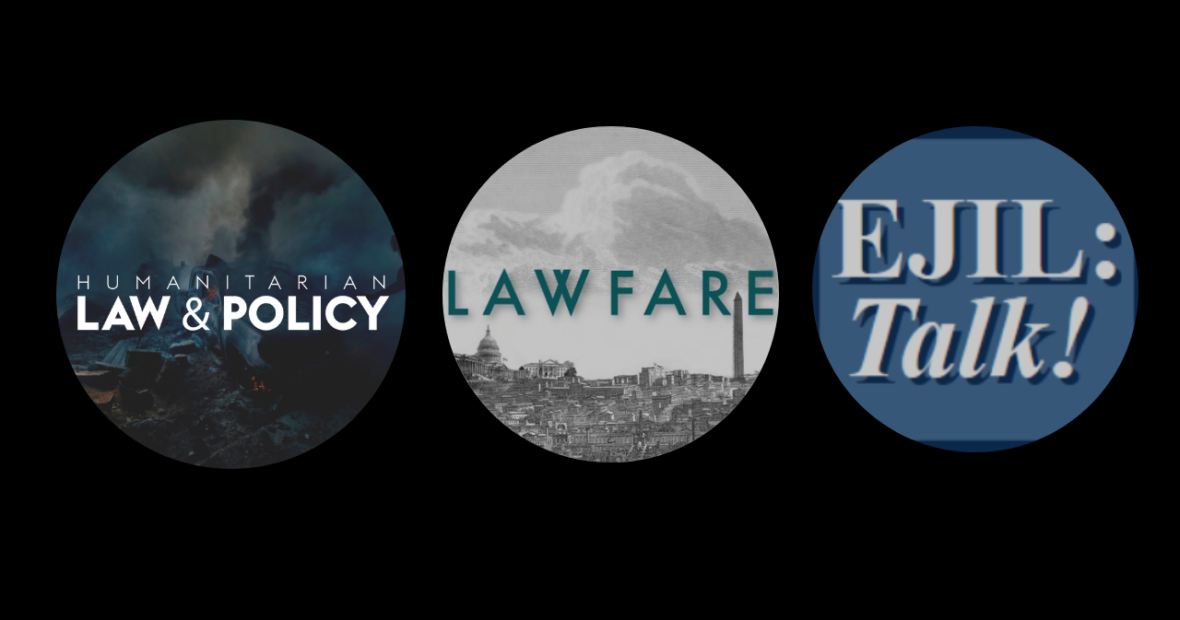 In 2018, the Sixth Annual Transatlantic Workshop on International Law and Armed Conflict once again brought together experts from academia, the military, government and NGOs to discuss current challenges in international humanitarian law. The experts focused on key international law questions relating to military operations in urban warfare, looking at recent conflicts involving some of the most significant battles in, and sieges of, cities since the second world war.

The two-day roundtable, held under the Chatham House Rule, was co-sponsored by the Oxford Institute for Ethics, Law and Armed Conflict (co-directed by Dapo Akande), the Individualisation of War project, European University Institute, Florence (directed by Jennifer Welsh), the Washington DC & London delegations of the International Committee of the Red Cross, The Robert Strauss Center at the University of Texas (directed by Bobby Chesney) and South Texas College of Law (Geoff Corn).

Over the following weeks, blog posts by some of the participants in the workshop will be published on the ICRC Humanitarian Law & Policy Blog, EJIL Talk! and Lawfare.

Posts in the series include: