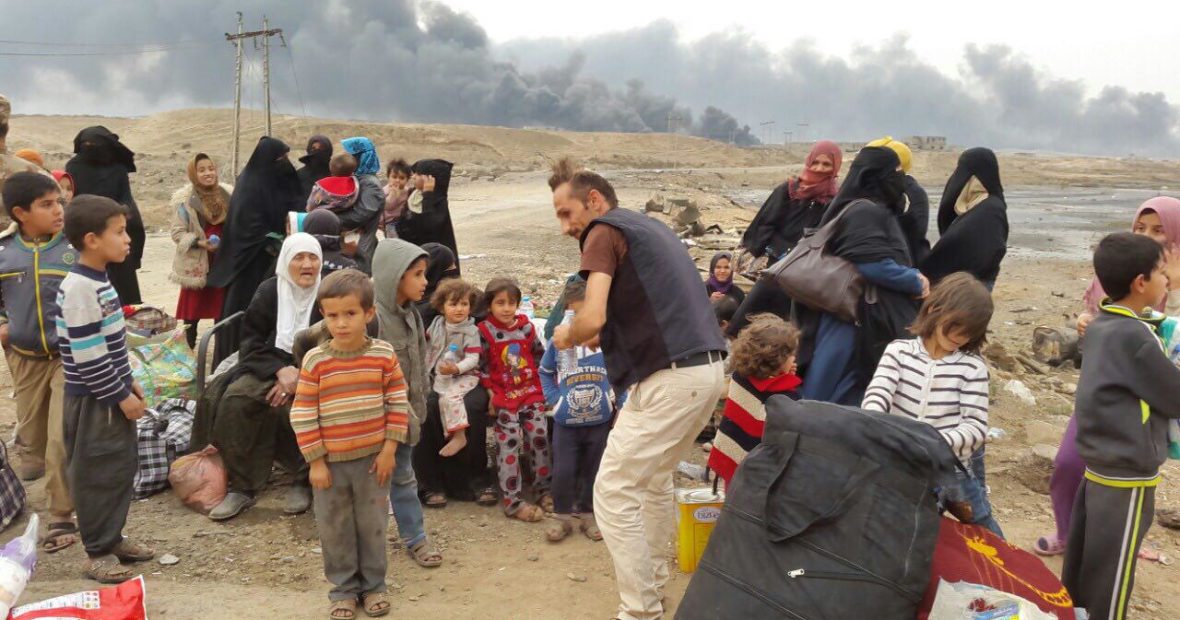 National Committees on international humanitarian law (IHL) are at the forefront of efforts to ensure protection for people affected by armed conflict. In more than 108 countries, those bodies strive to make the rules of war come alive in national legislation. In the coming weeks, Humanitarian Law & Policy will feature interviews with representatives of these committees, conducted on the occasion of their Universal Meeting in Geneva earlier this month.

This is our conversation with Dr Bassim Al-Rubaye, Member of the Iraqi General Secretariat for the Council of Ministers and Chairman of the National Committee for IHL.

The Republic of Iraq ratified the Geneva Conventions under the reign of King Faisal II more than 60 years ago, and has since experienced a series of armed conflicts and other situations of violence, which have included Kurdish-Iraqi and Arab-Israeli conflicts, the Iran-Iraq War (1980-1988), the Gulf War (1990-1991), the Iraq War (2003-2011) and the conflicts that have followed.

Yet the current crisis is the first in which the Iraqi Government availed itself of a structure specifically designed to advise on compliance with international humanitarian law (IHL). Created by a Prime Minister’s decision in 2013, Iraq’s National Committee for International Humanitarian Law (hereafter ‘the Committee’) has since been chaired by Dr Bassim Al-Rubaye.

“There is one particular event that pushed the Iraqi Government to move forward and expedite the process” of establishing the Committee, Dr Bassim said. “It is the invasion by ISIL [the Islamic State in Iraq and the Levant] in June 2014. From then on, we expected increased involvement against the armed group, and generally more insecurity and chances of military encounters.” Shortly thereafter followed a ministerial decree (Diwani Order N° 10 of 2015) to execute the Prime Minister’s decision, which structured and effectively activated the Committee.

“The main reason” behind the establishment of this structure, Dr Bassim said, “was to put the Geneva Conventions and the obligations of the State of Iraq into play. The Government wanted these obligations to be executed and was trying to find the right venue to be the leading force in fulfilling them.”

Dr Bassim also serves in the General Secretariat of the Council of Ministers, the executive branch of the Government of Iraq, and thereby represents the Government and its decision-making processes on the Committee. Other members are recruited from among the ministries of Defence, Foreign Affairs, Interior, Health, Displaced and Migration, Education and Scientific Research, as well as the Iraqi High Commission for Human Rights.

To the Iraqi Statesman, this proximity with political and military authorities means the Committee can have a concrete impact in law-making, policy-making and even military operations. Regarding the latter, “the contribution of the National Committee of IHL is that one of the representatives of the Committee is a General in the Police Forces, commander in one of our military campaigns. This puts him in a position to think [of IHL-related issues] before launching operations, and led him to open humanitarian corridors for civilians who had to get out of the fight without being attacked.” According to Dr Bassim, the commander publicized his own phone number on television and on social media, so that civilians wishing to leave the battle zones safely would benefit from a helpline managed by him and his staff.

For the Chairman, the presence of Iraqi officials at the highest levels among the Committee also facilitates efficient decision-making: “A recommendation from the National Committee is issued one day, and the following day it lands on the Prime Minister’s desk as a complete proposal to be eventually adopted in the cabinet.” As an example, Dr Bassim cites the Headquarters agreement with the ICRC, which “was delayed for a number of years, and because the national commission is now working and functioning, it was reviewed and sent to the Prime Minister. In a few months, it will be adopted as a law of the State.”

Other important files the Committee deals with include the revision of a draft law on Private Military Security Companies (PMSCs), which has been adopted and which is in the process of being issued by the Parliament, as well as the protection of cultural property, which is governed by IHL under the 1954 Hague Convention.

“Due to the crisis that Iraq is passing through, we are among other things highly concerned by the protection of our cultural property, which is extremely important and has to be enacted into legislation, as Iraq will do in the coming few months.” Dr Bassim reports having gained significant and actionable inspiration from the Universal Meeting of National IHL Committees, and in particular from a side event on the psychological impact of the destruction of cultural property.

“The first thing I will do when we convene our next meeting in Baghdad, will be to refer this element of the psychological impact of the destruction of cultural property to a legislative sub-committee of the National Committee for IHL, in order to start integrating these elements in a draft law on cultural property that is already in progress.” This element has since been mandated to be integrated to the draft law on 15 December during the meeting of the Iraqi National Committee for IHL in Baghdad.

As told to Raphaël Dallaire Ferland