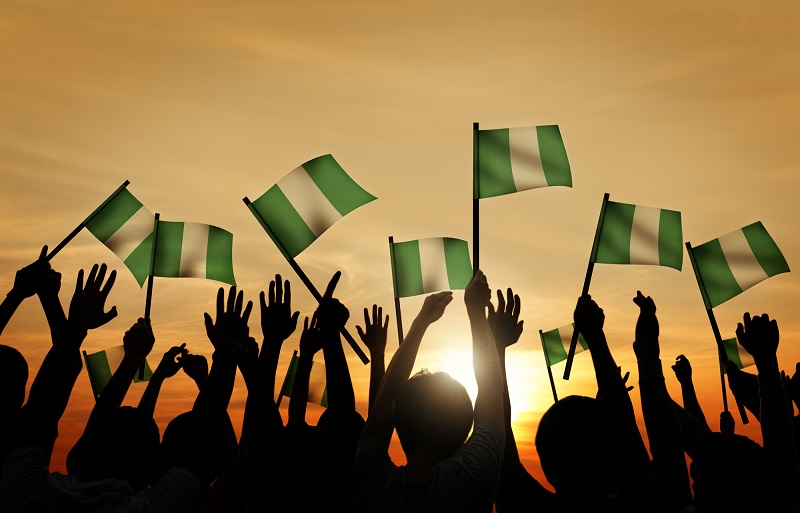 As the world grapples with new security challenges, it is pertinent now more than ever for global leaders to uphold the rules and principles of international humanitarian law in ensuring that weapons with catastrophic humanitarian consequences, such as nuclear weapons, are eliminated from the earth. In this post, Fatima Alkali, an Associate Professor of international humanitarian law who currently works in Nile University in Abuja, Nigeria, argues that the 2017 Treaty on the Prohibition of Nuclear Weapons presents an opportunity to achieve that goal and calls on all States to fulfill their commitment to nuclear disarmament by becoming parties to it.
ICRC Humanitarian Law & Policy Blog · A world free from nuclear weapons: a call to action from Nigeria

In July 2015, members of the International Humanitarian Law Advocacy Club of the University of Abuja – a students’ association – walked in a procession for hours around the university to raise awareness of the looming reality of nuclear weapons. To many people in Nigeria and elsewhere, nuclear weapons constitute a faraway tale of dormant weapons in the arsenals of only a handful of States[1], serving as a topic for international debate every now and then. A great number of students do not even have the slightest awareness of the catastrophic effects of these weapons.

As a professor of international humanitarian law (IHL), I have noticed that preliminary lectures on the means and methods of warfare evoke a familiar debate, with a number of students arguing for the need for more States to develop or acquire nuclear weapons in order to maintain or achieve international relevance. A common thread of thought is gleaned from the often-asked question: ‘if the superpowers persist in maintaining their nuclear weapons, what is the justification for preventing other States from acquiring theirs?’ Arguments that support this view are heavy, deafening and exhausting for an IHL teacher; all the more so as this is a recurring cycle in every academic session. As always in these never-ending debates, there are attempts to balance, on the one hand, the inclination to possess nuclear weapons for reasons of military superiority and, on the other, the role of international humanitarian law in preventing the use of weapons with catastrophic humanitarian consequences.

Over time, it becomes clear that it does not suffice to state the law as it is and expect students to immediately ‘get it’. Questions always spiral back. The strategy instead must be to go beyond the text and principles and draw students into the stark realities of what is at stake, and this is best achieved when they discover it on their own. In class we seek to shift the paradigm, through deeper orientation into the spirit of international humanitarian law, the consequences of nuclear weapons’ use and the prevailing effects of the production, modernization, storage and disposal of nuclear weapons and nuclear waste.  Once hearts and minds are awakened to the chilling reality of nuclear weapons, students eventually reach the point where they naturally feel the need to carry a banner and spread the word.

Begin at the beginning

At this juncture of the discussion, students are often curious to know why the most potent weapon of mass destruction – far more destructive than chemical and biological weapons, both of which are outlawed for their catastrophic effects – have persisted for over seven decades without having a comprehensive law outlawing them. Some see that the nuclear weapons issue is embroiled in the politics of power and dominance, whereby nuclear-possessing States have driven deliberations on nuclear weapons with a focus on the control of proliferation rather than on total elimination. As a result, it could be argued that the real focus of the major treaty on nuclear weapons prior to 2017, the Nuclear Non-Proliferation Treaty (NPT) of 1968, is on preventing Non-Nuclear Weapon States from developing nuclear weapons or acquiring them from Nuclear Weapon States. Although there is in the treaty an obligation on all State parties to ‘pursue negotiations’ towards cessation of the arms race and to nuclear disarmament, the nuclear-possessing States have wavered in their commitment towards complete disarmament.[3]

It is noteworthy that in its 1996 advisory opinion on the legality of the threat or use of nuclear weapons, the International Court of Justice addressed the obligation of States to pursue in good faith and bring to a conclusion, negotiations leading to nuclear disarmament in all its aspects under strict and effective international control.[4]

Decades later, the world eventually arrived at a substantive treaty which comprehensively outlaws nuclear weapons. On 7 July 2017, a landmark treaty banning nuclear weapons – the Treaty on the Prohibition of Nuclear Weapons – was adopted by 122 Member States of the United Nations. To come into force, the treaty requires the ratification of at least fifty countries. Its foremost consideration is to ensure that nuclear weapons are never used again, under any circumstances.[5] In its preamble, the treaty relates the dangers of nuclear weapons to the real-life experiences of survivors, or hibakusha, of the 1945 nuclear attack against Japan.

As of today, 46 States have ratified or acceded to the Treaty on the Prohibition of Nuclear Weapons. Nigeria, one of the biggest supporters, ratified the treaty on the 6th of August this year, the 75th anniversary of the atomic bombing of Hiroshima. The treaty has received overwhelming support from African States, among others. Despite the popularity of the treaty, however, answers to questions on its implementation remain uncertain, as none of the Nuclear Weapons States and their allies are parties to it, nor have they shown any indication of supporting it.

It seems superfluous to even point out that for the treaty to be successfully and comprehensively implemented, Nuclear Weapons States have to cooperate, be parties to it and proactively implement it, as a large part of it addresses Nuclear Weapons States. The treaty, in fact, has an embedded acknowledgement that it would have opposition, hence Article 12 enjoins each State party to encourage others to sign, ratify, approve or accede to it, with the goal of universal adherence of all States, eventually.

There is no doubt that any use of nuclear weapons in war between States or in indiscriminate attacks by non-State actors would create catastrophic situations for humankind and the natural environment. The possibilities of nuclear accidents also remain, and every day that nuclear weapons remain on earth, someone is suffering from health degradation as a result. As long as some States continue to have nuclear weapons, other States will feel entitled to, as well.

The Treaty on the Prohibition of Nuclear Weapons, a substantive, comprehensive and globally applicable treaty, is a significant step towards a world free of nuclear weapons and an evolving norm against their use and possession. The 191 State parties to the 1968 Nuclear Non-Proliferation Treaty remain under treaty obligation to achieve nuclear disarmament in all its aspects. The 2017 treaty prohibiting nuclear weapons presents an opportunity to fulfill that obligation; all State parties to the Nuclear Non-Proliferation Treaty are enjoined to commit to the 2017 nuclear weapons prohibition treaty.

African States have played a pivotal role in supporting treaties that outlaw weapons which contravene the principles of international humanitarian law, and they have consistently demonstrated a strong commitment to banning nuclear weapons, as evidenced by the overwhelming endorsement of the Nuclear Weapons Free Zone Treaty of Pelindaba. To reinforce that commitment, other African States are enjoined to follow Nigeria’s lead and ratify the novel Treaty on the Prohibition of Nuclear Weapons, continuing to set the example for the rest of the world.

Every drop of energy exerted in fighting for a world free of nuclear weapons is important. World leaders and policy-makers, non-governmental activists, teachers and their students; all have a role to play in their circle of influence, from the diligent ratification of the relevant treaties to a march to raise awareness and spread the word.

[2] The Program Director on the Nuclear Disarmament, Arms Control and Non-Proliferation Program of the Stockholm International Peace Research Institute (SIPRI), Shannon Kile said in an online interview with the Anadolu Agency (AA) that nuclear weapons have increased exponentially since 1945. Culled from the Anadolu Agency Website, reported by Peter Kenny on 02/08/2020. ww.aa.com.tr. Accessed 14/09/2020

The Bulletin of the Atomic Scientists reported in 2020 that the Trump Administration’s 2018 Nuclear Posture Review (NPR) followed the broad outlines of the Obama administration’s 2010 NPR, to modernize the entire nuclear weapons arsenal, including several important changes. The most significant change is a recommendation to increase the types and role of US nuclear weapons.

[3] International Campaign to Abolish Nuclear Weapons (ICAN) briefing paper of 19 April 2018 reported that the five nuclear-weapons states parties to the NPT (China, France, Russia, United Kingdom, United States) are sabotaging the Treaty. They are not taking action towards nuclear disarmament. Instead, alongside the four nuclear armed states outside the treaty (India, Israel, North Korea, Pakistan) they are investing in modernization and upgrade programmes of their nuclear arsenals, which are planned to last for decades. Thirty non-nuclear armed states are enabling them to do this. Source: ICANNPA -BRIEFING-NPT-COMPLIANCE1.pdf Icanw.org Accessed 14-09-2020