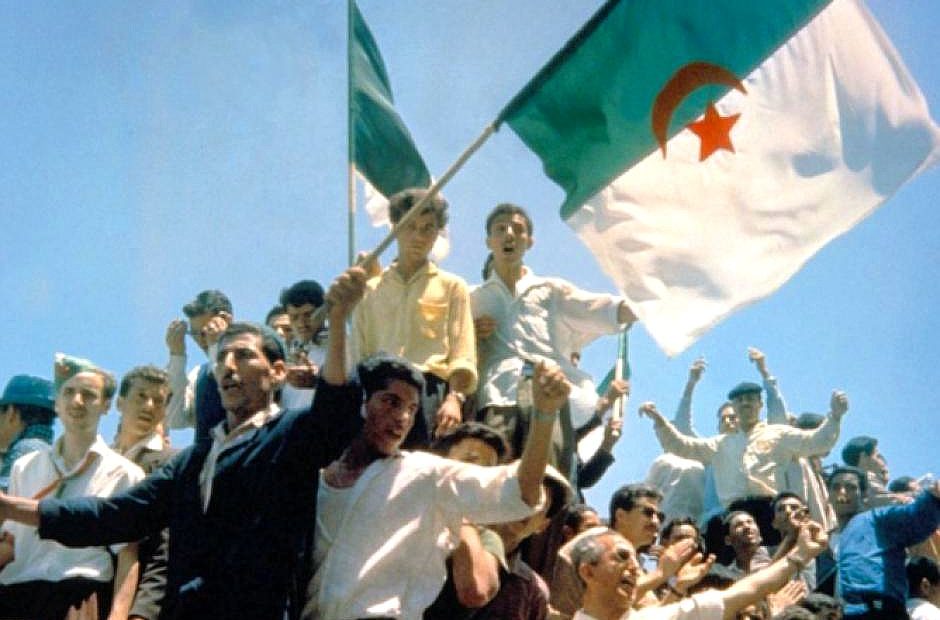 On 18 March 1962, Algerians celebrate the ceasefire which would pave the way for political independence from France. ©Keystone

This is our conversation with Soualem Lazhar, director of Human Rights, Social Development and Cultural, Scientific and Technical Affairs at the Algerian Ministry of Foreign Affairs and the representative of the National Committee on International Humanitarian Law in Algeria.

National IHL committees play a vital role in the domestic implementation by States of the rules on protection applicable in armed conflict. In over 108 countries, these committees advise their respective governments on the measures to be taken and coordinate implementation according to the mandate granted. Following the 4th Universal Meeting of national IHL committees, which took place in December 2016 in Geneva, Humanitarian Law & Policy presents a series of interviews with their representatives.

International humanitarian law (IHL) occupies a very special place in Algeria’s history. When Algeria became a party to the Geneva Conventions by accession in 1960, two years before gaining independence and when still a French colony, it was already acting as a State. As Soualem Lazhar sees it, the National Committee on IHL in Algeria (hereinafter “the Committee”) is carrying on this legacy today. Established in 2008 by presidential decree and chaired by the Ministry of Justice, the Committee is formed by 24 members from different areas of government and from the Algerian Red Crescent and academia. It strives to promote international humanitarian law in Algeria by spreading knowledge of this body of law, particularly among journalists and members of parliament, and by advising on the ratification of new treaties and additional protocols and the adoption of the legislative measures required to implement IHL, such as measures for the protection of cultural property.

What place and importance is accorded to international humanitarian law in Algeria?

Algeria is a country that has experienced an important historical process linked to international law and humanitarian law in particular. United Nations Resolution 1514 on decolonization and self-determination – that was us; we wrote it.

We have also made a contribution to universal efforts to codify IHL. We acceded to the Geneva Conventions when we were still under French rule and not yet an independent State. Colonial France objected at the time, contending that Algeria was not a State but a province of France. A powerful legal argument had to be found to justify ratification.

It is with great pride that we have contributed to the development of this body of law because it forms part of our history. It would be inconceivable and unimaginable for our country to be anything but respectful of IHL, on which we have based part of our diplomatic, military and humanitarian action.

Emir Abdelkader, the founder of the modern Algerian State, was a major figure in terms of what he achieved both militarily and in the humanitarian field. A symbol of resistance against colonial occupation, as a war leader he was faced with difficult choices between the necessities of combat and preserving human dignity. Despite his determination to defeat the enemy, he also became known for his humanity and his desire to alleviate the suffering of victims of armed conflict. Many years before modern international humanitarian law was codified, Emir Abdelkader had already laid down a requirement that French prisoners of war be treated humanely.

And what about the present day?

In our region – North Africa and the Sahel – security threats associated with acts of terrorism require closely tailored responses. In spite of all the difficulties that the asymmetric nature of this type of conflict entails, armed and security forces ensure that their operations are conducted in compliance with the rules of IHL.

For this to happen, these rules must first be made known to the actors involved. How does your Committee contribute to spreading knowledge of IHL?

Our focus is indeed on disseminating IHL because it is in peacetime that we must make preparations, not – I hasten to add – preparations for war, but rather for the rules that have to be observed, “just in case”.

This task [of disseminating IHL] is an ongoing one. We carry it out with the ICRC office in Algiers, and we are grateful for the support they offer us. In establishing priorities, we target two main groups. The first comprises professionals in the media, principally journalists. You cannot get your message across to the general public without the help of the media.

We held a number of seminars in June for around a hundred journalists, who were engrossed by the topics addressed. On one afternoon in particular, there was a very lively debate when we talked about war correspondents. How should journalists behave in armed conflicts? The word “PRESS” emblazoned across their bullet-proof vests does not automatically grant them immunity! There are parties in armed conflicts that care little about journalists and sometimes even target them precisely because they report what they see, because they witness violations of the rules of IHL. Their work is crucially important, and I am their strongest advocate. The media is a priority, as it can help us raise public awareness about IHL.

“It would be inconceivable and unimaginable for our country to be anything but respectful of IHL, on which we have based part of our diplomatic, military and humanitarian action.”

Has your Committee been directly involved in Algeria’s ratification of international instruments or can it be credited with implementing specific IHL provisions in domestic legislation?

Before the Committee was created, we had already given “domestic effect” to all elements of IHL in our legislation. When it came into being, the Committee found its work well on track.

We have undertaken a number of initiatives; for example, we invited ministries to reflect on the Convention for the protection of cultural property in the event of armed conflict. The work is well advanced as the Ministry of Culture has initiated the procedure for Algeria to ratify the 1954 Convention. The credit for this goes to the Committee. I think that it is also likely that we will ratify an additional protocol to the Convention. We have advocated for its ratification, and the [Algerian] authorities have not said no.

In this same area of work, we addressed the question of tracking down and prosecuting those who engage in the trafficking of cultural property. We raised awareness about the matter, and there are now units devoted to the identification and prosecution of people suspected of committing this type of transnational crime. Arrests have been made, and these achievements are thanks to the Committee’s awareness-raising work and the seminars it has organized for the police. There is now a section of the criminal police responsible for investigating crimes involving the theft of cultural property. You can see then that tangible results with a measurable impact have been achieved [through the work of the Committee].

National IHL committees from all over the world came together today for the first time in six years. What did you take away from this 4th Universal Meeting?

My view is that the universal ratification of the Geneva Conventions should be accompanied by the universal creation of national IHL committees. We currently have a total of 108; I think that we should be very ambitious and set a deadline for the remaining States to take this step too. That is my first thought.

My second concerns countries that, for internal reasons of an institutional or political nature, have a single national committee for both IHL and human rights. I think it would be useful to encourage and help them to make a distinction, in accordance with their means and with the support of the ICRC, between the remit of a human rights committee (in peacetime) and that of an IHL committee in order to avoid confusion and grey areas.

My third thought is that everyone should be joined in a network, because the main insight to emerge from this edition of the universal meeting was that while the national committees do a great deal of good work, they each do so in their own world, with no synergies or connections among them. I was a little frustrated by this shortcoming. We should all take inspiration from other committees, pinpointing what works well and adapting it to our own national context.

Does your Committee intend to take measures to further enhance these international links?

We have identified some avenues for further reflection. We intend, in the near future, to establish a network of Sahelian national committees, which are currently facing problems associated with destabilization, internal conflicts, population displacements and other difficulties. The first step is to strengthen their capacities and then raise awareness about the importance of spreading knowledge of IHL in their countries. This is an initiative that we could undertake with the help of the ICRC’s advisory service.

This interview was conducted by Raphaël Dallaire Ferland and has been translated from French.