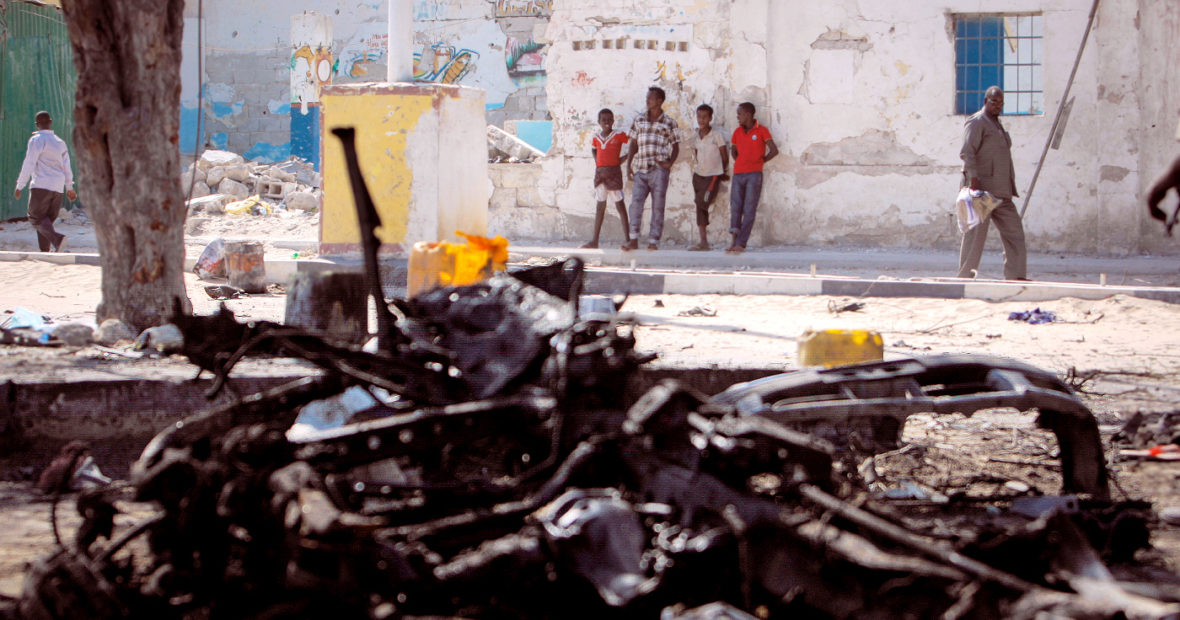 Terrorism is not limited to any one part of the world. It can be seen everywhere, and is often linked to armed conflict. The phenomenon, just as counter-terror measures taken by States, do not take place outside the law. The legal aspects of this discussion, in particular, have been prominently featured across many editions of the International Review of the Red Cross, as well as in other ICRC materials. Most recently, terrorism, counter-terrorism and international humanitarian law (IHL) were the subject of the 17th Bruges Colloquium. Ellen Policinski gives a primer on some core legal issues.

The applicability of IHL to acts considered terrorism is consistently listed as a challenge in current conflicts. Under international law, there is no universally accepted definition of ‘terrorism’, although there are treaties and acts of national legislation that provide definitions applicable in certain contexts. However, this does not mean that the phenomenon of terrorism and the counter-terror measures taken by States take place outside the law.

Domestic counter terror activities also may take place in either peacetime or wartime, and today seemingly straddle law enforcement operations and military action, raising questions as to the applicable legal framework, in particular regarding the use of force. This causes IHL lawyers to go back to some of the most basic questions such as where and when there is an armed conflict triggering the application of IHL and what the classification of that conflict might be.

IHL only applies during situations of armed conflict. Indeed, activities that are classed under the label “terrorism” can occur during wartime or in peacetime, and counter terrorism measures taken by governments must be conducted under the appropriate framework, which is sometimes unclear. This has led States to develop counter-terrorism measures that increasingly blur the lines between peace and war. This is problematic in terms of how States use lethal force, as IHL rules applicable in peacetime are much more restrictive on what and who may be the object of an attack. It is also problematic in terms of detention, as administrative detention is also more frequently permitted under IHL, sometimes outside the detaining State’s territory.

The potential for easier recourse to the use of lethal force and internment under IHL gives rise to fears that States may have incentives to claim there is an armed conflict when the requisite conditions may not be met. This threshold is low in the case of international armed conflict (the traditional interpretation is that an international armed conflict begins with the first shot fired), but in non-international armed conflict requires that there be a level of organization in the armed group or groups involved, and that the violence be of a certain intensity. Conversely, States may also have incentives to deny that there is an ongoing armed conflict in their territory, leading them to hide their activities from the public and from the international community. Things are further complicated where one State intervenes on the territory of another, where it is unclear if the domestic law of either State would apply to operations, although it is increasingly accepted that international human rights norms would apply. Indeed, there is a growing jurisprudence on arbitrary detention, torture, ill-treatment and other human rights violations associated with the ‘war on terror’.

Although history reveals that these concerns are not new, they are again and again brought back to the fore. Each time we think that the conversation on these issues has been exhausted, it becomes clear that key messages, such as the prohibition of torture, need to be reiterated. The 17th annual Bruges colloquium, co-organized by the ICRC’s office in Brussels and the College of Europe, on the subject of terrorism, counter-terrorism and international humanitarian law, took place on 20-21 October. During the colloquium, international experts addressed the applicable legal framework, the legal parameters of the fight against terrorism, measures of constraint in the fight against terrorism, State responses to the phenomenon of ‘foreign fighters’, the risk of criminalization of humanitarian action, and preventing and countering violent extremism.

This expert discussion reminds us that the issues related to terrorism and State response to it are ongoing, and that the discussion around the applicable law and its effect on humanitarian action must continue to take place.

The digital transformation has been a key vector of progress for the humanitarian sector. It is also a source of additional pressure on ...