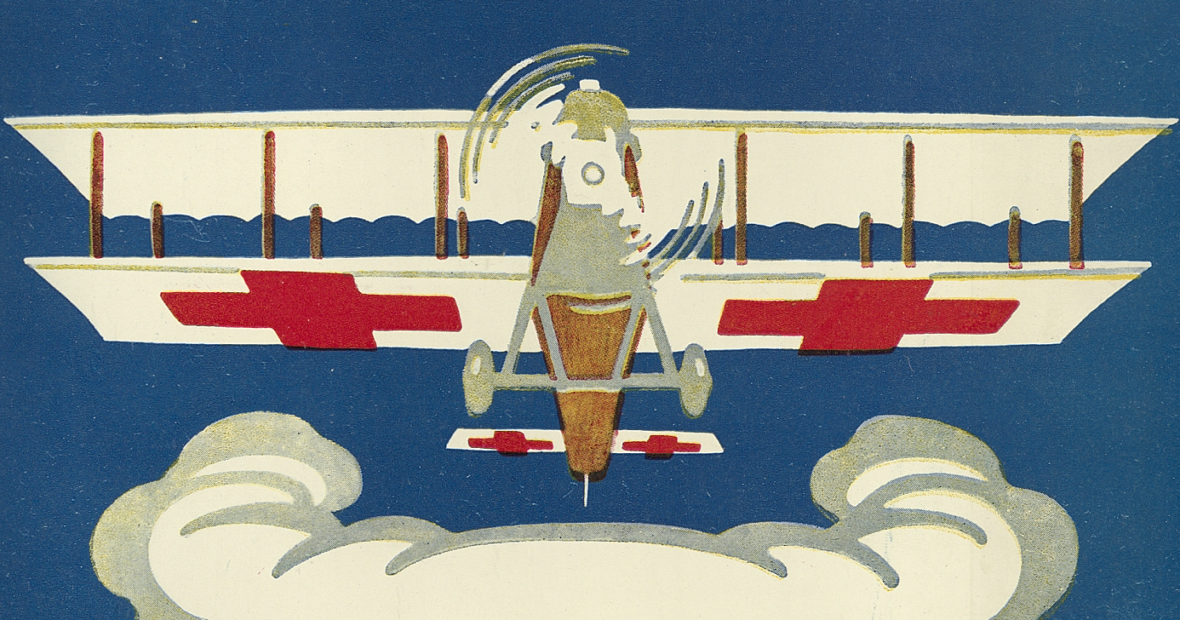 Reflection of the power of humanity

The “power of humanity”, the tagline of the 33rd International Conference, is well reflected in the more than 150 years of -history of the International Red Cross and Red Crescent Movement and -development of the international humanitarian law recorded in the proceedings and documents of the statutory meetings.

These records are fundamental. They represent the indispensable compass to the delegates who only attend once or twice the statutory meetings. It is a lifetime experience that can be daunting without the precise knowledge of past contributions of the national society or government they represent.

In the spirit of the 2011 Council of Delegates resolution on the preservation of the Movement’s heritage, the ICRC Archives and Library launched in 2018 the ILPAD project[1]. The aim of the project was 1) to preserve and 2) provide access to the documentation of the International Conferences of the Red Cross and Red Crescent and the Council of Delegates, from their creation to today.

The statutory meetings collection comprises all reports and documents of past International Conferences and Council of Delegates. It presents an incredible diversity of documents and subjects, encompassing National Societies activity reports and key texts on Movement cooperation and international humanitarian law.

So, what have we rediscovered so far?

The Ciraolo Project: the first multilateral response to disasters

In this treasure trove, follow the course of the Ciraolo project during the International Conferences of the 1920s and 1930s, named after the then President of the Italian Red Cross Society, Giovanni Ciraolo, and representing the early international institutional response to disasters. It led to the creation of the International Relief Union whose purpose was: “In the event of any disaster due to force majeure, the exceptional gravity of which exceeds the limits of the powers and resources of the stricken people, to furnish to the suffering population first aid and to assemble for this purpose funds, resources and assistance of all kinds”. The 1927 Convention that gave birth to the International Relief Union was then “the only important multilateral instrument of public international law to be concerned exclusively with disaster relief, beyond the context of armed conflict.”[2] This achievement was made possible thanks to a Joint Committee of the International Committee of the Red Cross and the League of Red Cross Societies. In 1948, a resolution of the International Conference stipulated that the International Relief Union’s mission was accomplished, given the creation of multiple organizations by the United Nations to address disaster relief. In 1967, it eventually met the same fate as the League of Nations, as the UNESCO was deemed best suited to take over the study of preventive measures against disasters. 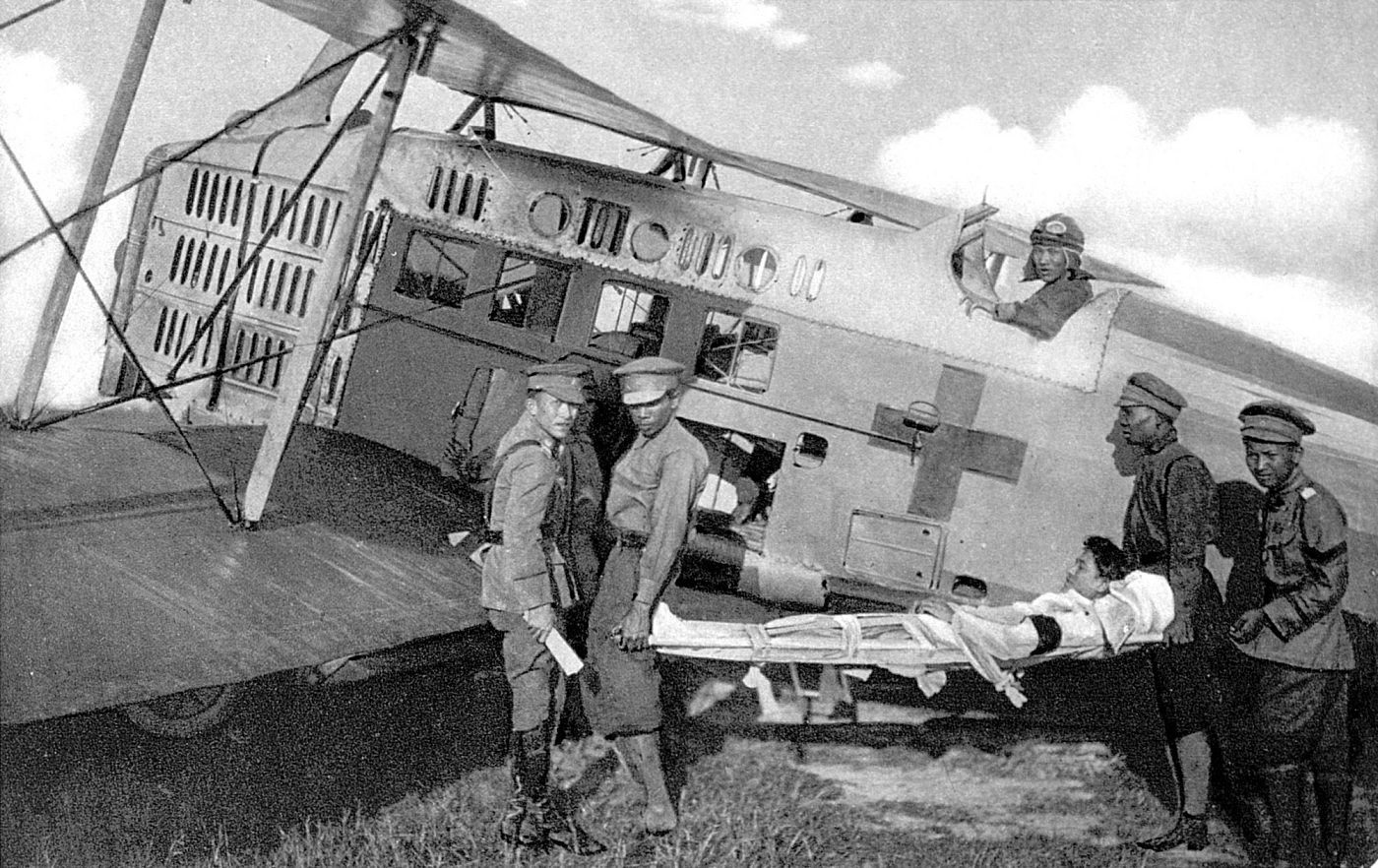 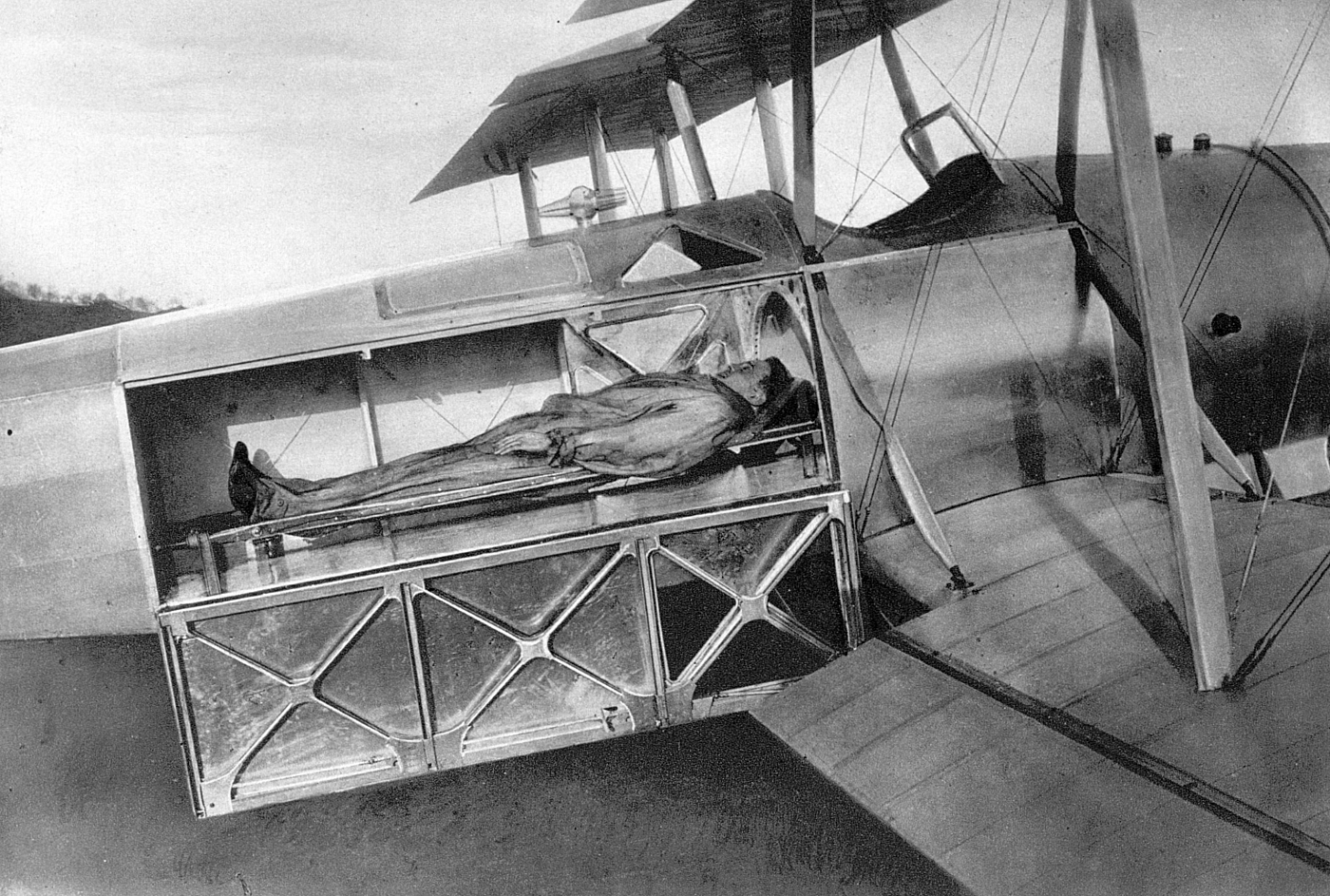 And yet the subject was so relevant that in fact it proved impossible to revise the 1906 Convention without making room for sanitary air transport. In the end, it became arguably one of the main innovations of the 1929 Geneva Convention on the Wounded and Sick namely article 18 which begins as follow: “Aircraft used as means of medical transport shall enjoy the protection of the Convention during the period in which they are reserved exclusively for the evacuation of wounded and sick and the transport of medical personnel and material”. 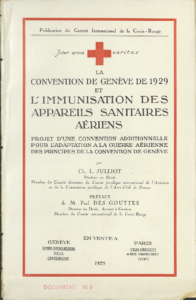 At the 1930 International Conference, the ICRC submitted a draft for a new convention adapting the principles of the Geneva Convention to aerial warfare based on the work of French lawyer Charles-Louis Julliot. The idea of a specific convention dedicated to the subject was eventually dropped and lived on through various dispositions found in the 1949 Geneva Conventions and their 1977 Additional Protocols.

Throughout the 1920’s and 1930’s, the International Conference again proved to be the leading forum for the development of international humanitarian law.

Two sides of the same coin: preservation and access 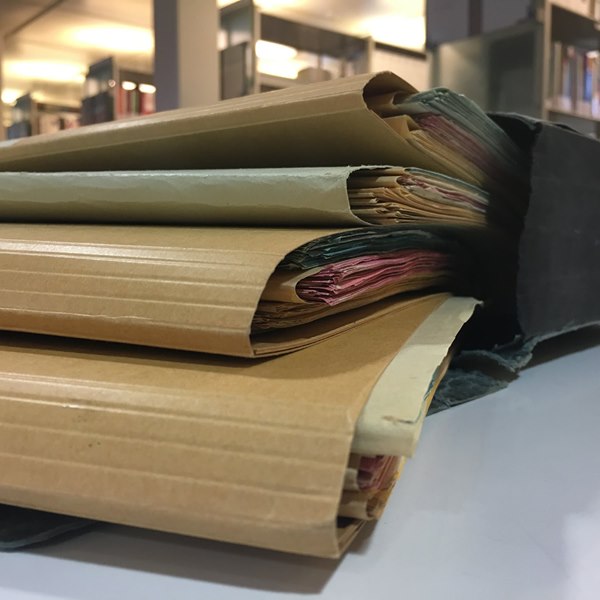 Because of its dual aim, the ILPAD project was truly a multifaceted one. It involved people with different skills and expertise, from the librarian to the archivist, the IT specialist and the scanning operator. Weekly meetings, daily check-ins, 25+ spreadsheets, three carts and countless mugs of coffee were also needed.

The process each document went through can be boiled down to three majors steps: preservation, description and digitization, upload. Curious to know what that entails? Here’s a glimpse behind the scenes, in pictures. The oldest documents in the collection have been kept intact for more than 150 years. The first step of the project was thus logically to ensure that they would remain unspoiled for the next 150 years. Special care was taken to ensure state-of-the-art preservation conditions for the entire collection. Old archival boxes and files were replaced with new acid-free cardboard ones; staples and metallic elements – which damage paper overtime – were removed; small documents were protected by individual paper files. 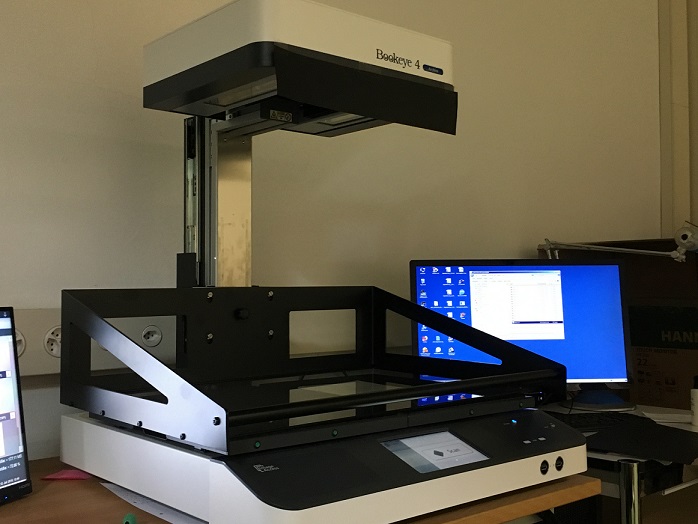 The scanner at rest…

The documents were then ready to be digitized. Each batch was inventoried. Important metadata – such as the document’s title, its producer, and the instance where it was produced or shared – were identified for every document and tracked in a file. Those crucial bits of contextual information would later be retrieved to organize the digitized collection. Deciding how to name the files was no easy task: should we include the document’s year of publication, its reference code, author, or context of production? We settled on a combination of all the above. A very important one was the inclusion of the language that later allowed us to match all the different linguistic versions of the same document automatically. 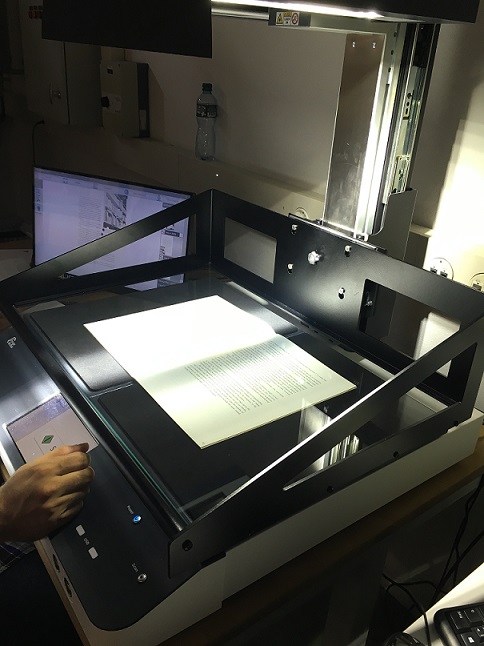 Once ready, the documents and inventories were passed on, batch per batch, to our on-site scanning operator, with whom we worked to find out how to handle some of the most difficult items: handwritten documents, publications of unusual dimensions, folded maps, and more. The pdfs then had to go through a multi-step quality control process, to ensure their integrity and quality. An optical character recognition (aka OCR) software was used to convert the typed or printed text into machine-encoded text, allowing for full text searches in the pdfs.

Finally, the digitized files are uploaded to the Library’s online catalog. For each document, a record in our catalogue is created, with the important metadata such as the title, date, name of the Conference and of the producer presented in a standardized and user-friendly manner. To automatize part of this process, we’ve conceived a program that automatically retrieves and combines metadata from the inventories. As of early December 2019, you will already find online all records and resolutions of past International Conferences and Council of Delegates, plus the documents submitted to the International Conference of the 1920s and 1930s. The complete documentation of the statutory meetings from the 1940s to today will be completed in 2020. We’re expecting to add about 5’000 new digitized documents in our catalog thanks to this project.

For easy navigation in the digitized collection and updates on the uploads, see our revamped research guide: www.icrc.org/international-conferences.

While having these documents available for online discovery and consultation through the Library’s online catalogue is already a great achievement for the IHL and the International Red Cross and Red Crescent Movement communities, we will not stop there. 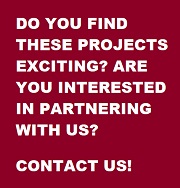 After the completion of the digitization and publication of statutory meetings documents, we wish to continue our digitization efforts with the documents of non-statutory Red Cross Conferences. Eventually, we are also looking into a potential digitization of our most prized heritage collections, including the Heritage Collection, the Prisoners of War collection, our collection of National Societies publications.

In the future, we will simplify and enhance access to all ICRC Library and Archives digitized material, such as our audiovisual archives, by building a single and transversal search engine with advanced search functionalities including full text search and visualization tool, therefore simplifying and enhancing our readers’ experience.

When possible, we will strive to create two-way bridges with the online collections of partnering institutions to complement search results and to offer a collaborative use of our data.

In the meantime, we will be at the 33rd International Conference to continue enriching the Statutory Meetings collection.