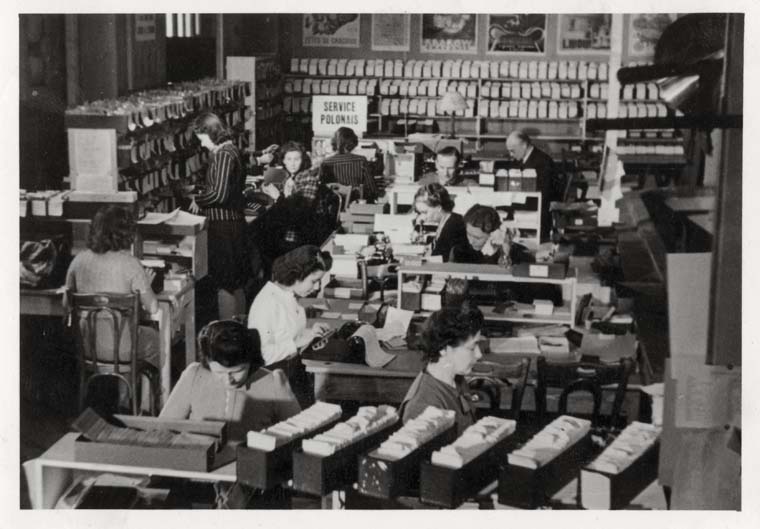 Individual data collected by the ICRC during past conflicts form the Agency archives. The “Agency” actually refers to a succession of historical agencies. With the creation of the first ICRC Agency – the “Basel Agency” during the French-Prussian war – , the ICRC tracing activity has been officially going on since 1870.

In August 1914, the International Prisoners of War Agency is created. Acting as an intermediary between parties to the First World War, it facilitates exchange of information on prisoners of war, civilian internees and missing persons. The card-index file of names system allows the Agency to crosscheck thousands of lists sent by detaining powers with requests from families asking the whereabouts of their missing relatives. In one day, the Agency receives between 15’000 and 30’000 letters. It both helps finding the whereabouts of a missing persons, informs the families and transmits personal messages to and from family members.

The Central Prisoners of war Agency is created on 14 September 1939 and is based on the same model as its WWI predecessor. Its activities are however considerably extended. While it was originally supposed to centralise informations on PoW and civilians internees, it rapidly evolves into transmitting not only correspondance between detained persons and their families, but also photographs, official papers, and even personal objects.

Lists of transfers (from camp to camp), lists of detainees by camp, lists of freed detainees and also official documents such as certificates of death form the baseline of the Agency archives fonds. Each list bears a logical alpha-numerical reference number and for each name on every list, a namecard containing all related list references is created. This latter card is then filed by nation.

Starting in 1940, a new document appears: the capture card. This card is filled in by each prisoner of war at arrival in a camp, then sent to Geneva.

After the war, the card-index file is estimated at 36 millions cards.

For further information on how to access the Tracing Archives: https://www.icrc.org/en/archives