Created in 1863, the Library of the International Committee of the Red Cross (ICRC) holds a wide collection of specific IHL documents that can be consulted by the public: preparatory documents, reports, records and minutes of Diplomatic Conferences where the main IHL treaties were adopted; records of Red Cross and Red Crescent Movement conferences, during which many IHL matters are discussed; every issue of the International Review of the Red Cross since it was founded; all ICRC publications; rare documents published in the period between the founding of ICRC and the end of the First World War and charting the influence of Dunant’s ideas; and a unique collection of legislation and case law implementing IHL at domestic level.

The Library also acquires as many external IHL publications as possible, with those produced in English and French being the priority. Each journal article, chapter, book, working paper, report etc. is catalogued separately, making the Library’s online catalogue one of the most exhaustive resources for IHL research. 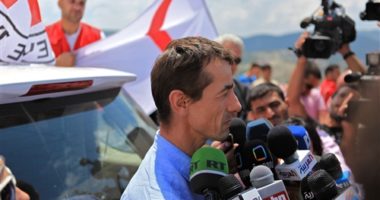 Access all the ICRC’s news releases, from the organization’s foundation to the present. 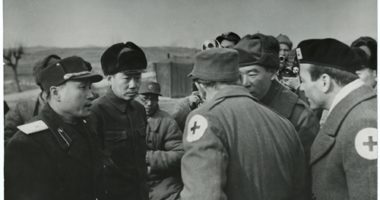 “In the desire of bringing to all victims of the war the strictly impartial aid of the International Committee of the Red Cross, ... 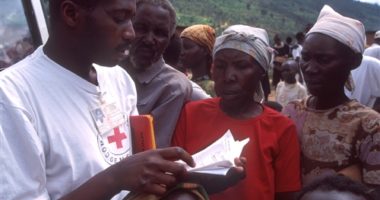 “Ten thousand people, it’s nothing in a conflict that killed almost a million in less than three months, it’s just a millimeter of ... 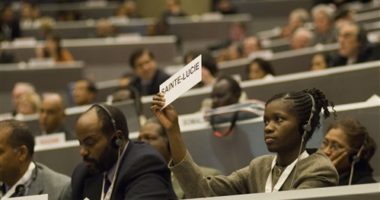 The documentation of the Red Cross and Red Crescent statutory meetings from 1863 to this day is now available online. Find the proceedings, ... 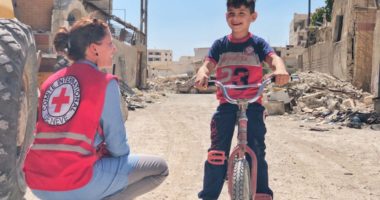 The Annual report of the ICRC is an account of our field activities conducted worldwide. Activities are part of our mandate to protect ... 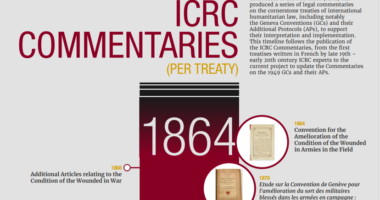 The updated ICRC Commentaries on the Geneva Conventions and their Additional Protocols are heirs to a long tradition of legal commentaries published to ... 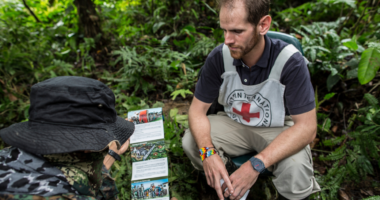 International humanitarian law is a set of rules intended for humanitarian reasons to limit the effects of armed conflict. It protects those who ... 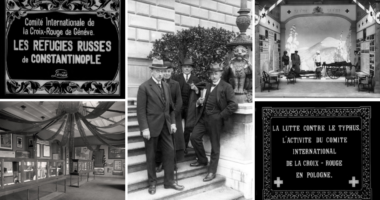 At the beginning of 1921, the ICRC has its humanitarian action captured on film for the first time, in preparation of the upcoming ... 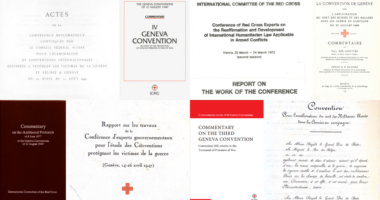 ﻿﻿﻿﻿﻿Click here to display the timeline in full screen. Treaties are traditionally negotiated or revised within diplomatic conferences of plenipotentiaries specifically convened for that ... 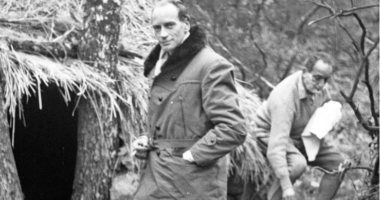 The adoption of the four 1949 Geneva Conventions marked the beginning of a new era for the ICRC in its role as promoter ...