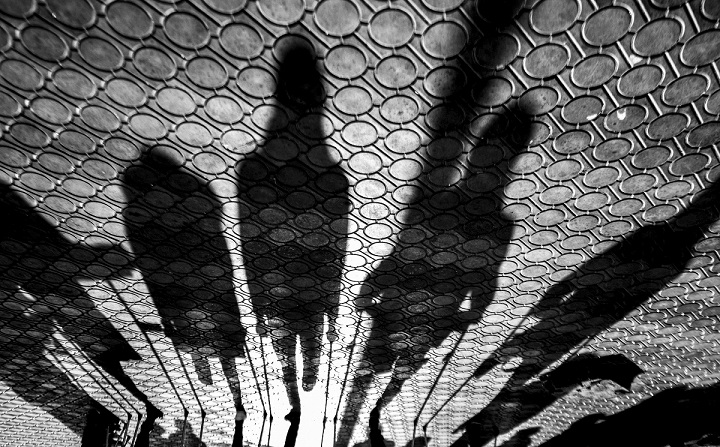 As the smoke clears, a range of challenges reveal themselves in the wake of battles and conflict. These issues impact civilians in different ways, according to their particular circumstances.

In this post, part of our IHL in the aftermath series and in support of the forthcoming edition of the International Review of the Red Cross, ICRC Legal Associate Victoria Riello looks at some of the specific challenges faced by persons with disabilities in armed conflict.

ICRC Humanitarian Law & Policy Blog · ‘Nothing about us without us’: including civilians with disabilities in the aftermath

Civilians with disabilities face myriad challenges during and after armed conflict, which reflect physical, communicational, attitudinal, and institutional barriers in their surroundings. People with physical disabilities living in camps for internally displaced persons (IDPs) often struggle to reach food distribution sites due to facilities being inaccessible. Humanitarian relief rarely reaches persons with disabilities living outside of camp structures, who are often left behind by their families while fleeing, or decide not to leave, thus being left without any assistance to access food, water or medication. People with intellectual or psychosocial disabilities, who may have acquired an impairment as a result of experiencing armed conflict or had a pre-existing disability exacerbated by the chaos of war, may face additional hurdles to access social services that are severely underfunded and deprioritized in reconstruction efforts.

Although the challenges in the aftermath of battles and conflict severely impact all civilians, people with disabilities face specific, compounded challenges which relate not only to disability but also to a person’s intersectional identities, such as gender and age. This relates, for example, to the fact that women and girls with disabilities are at increased risk of conflict-related sexual violence (CRSV), compared to those without disabilities. In addition to these intrinsic characteristics, other external factors exacerbate the risks people with disabilities must cope with in the context of armed conflict, such as pre-existing marginalization or a lack of inclusion in social processes. As recently put by the UN Special Rapporteur on the Rights of Persons with Disabilities (UNSRD) Mr Gerard Quinn in his report to the General Assembly, any assessment of the situation of civilians with disabilities must account for the ‘accumulated disadvantages’ they may face:

If persons with disabilities have been excluded from education, it is unlikely they will have transferable skills to ease the process of evacuation and relocation. If they are reliant on families, they will suffer greatly when family resources are depleted. If they are segregated in institutions, then an attack on such civilian objects can have devastating effects en masse. Institutionalization also makes persons with disabilities easy prey as human shields and in reprisals, and the degradation of critical civilian infrastructure, such as medical clinics, will compound the isolation. (para. 16)

While these examples are telling of the exacerbated risks civilians with disabilities encounter in the aftermath, they also depict something yet more important: that parties to the conflict do not seem to understand the realities of people with disabilities. This is symptomatic of the invisibility to which these individuals are subjected.

From a legal standpoint, it has been increasingly recognized that the rights enshrined in the Convention on the Rights of Persons with Disabilities (CRPD) must inform the application of international humanitarian law (IHL). In this regard, the UNSRD’s report highlights in particular that personhood must set the tone for protection – that is, that civilians with disabilities are agents and have the right to be seen and heard. As a consequence, parties to an armed conflict must ensure the participation and inclusion of people with disabilities in the processes affecting them.

What’s more, for parties to apply IHL in a disability-responsive manner, this would require recognizing the existing barriers and working to mitigate them throughout the entire peace-conflict continuum. In this vein, we now turn to two issues of particular concern to civilians with disabilities in the aftermath: the destruction of essential services and accountability. These two scenarios are illustrative, but by no means exhaustive of the challenges persons with disabilities have faced after battles and conflict.

In the aftermath of conflict, essential services such as transportation, electricity and healthcare may become inaccessible to persons with disabilities due to damage to its infrastructure or outright destruction. The lack of electricity can render assistive devices inoperable, and physical access to certain facilities may become impossible for persons with mobility impairments. Women and girls with disabilities, who are more exposed to CRSV, face specific adverse impacts due to healthcare and rehabilitation services potentially becoming unavailable.

Furthermore, economic crises arising from conflict, while impacting the whole population, have driven people with disabilities further into poverty. As a UNICEF study pointed out, families looking after a member with a disability not only had fewer employment opportunities, lower income levels and higher debt, but were also less likely to have access to healthcare services than other households. The cycle of poverty is worsened by the erosion of education systems, which puts children with disabilities at particular disadvantage.

Additionally, persons with disabilities may require specialized medical and social services, which are often disrupted to the point of collapse. For families that rely on government-sponsored services and/or face economic hardship, this can mean a complete disruption of treatment. In Yemen, for instance, the inflated price of medication meant that people with disabilities who requires treatment were no longer able to afford it. This is felt especially in the aftermath of protracted conflict, where institutional capacity is decimated not only by hostilities, but also by possible sanctions. In this respect, sanctions can impose additional barriers to persons with disabilities living in areas controlled by terrorist-designated non-State armed groups, for example by hindering imports of assistive devices and technology.

Despite persons with disabilities being subjected to serious violations of IHL, there is little prospect of accountability. In some instances, violence is due to ignorance about disability: for example, members of organizations of persons with disabilities (OPDs) have reported that persons with sensory and intellectual disabilities have been shot and killed for not following commands, as members of the armed forces generally lack awareness on forms of disability, as well as the specific communication skills to approach civilians with disabilities. OPDs have also expressed their frustration that such cases are rarely subject to any inquiries on whether the use of force was lawful, let alone investigated and prosecuted if they amount to war crimes.

In other cases, people with disabilities were specifically targeted, particularly those with intellectual disabilities since they may not fully understand the dangers of certain circumstances or be in a position to resist. In its Concluding observations on the initial report of Colombia, the UN Committee on the Rights of Persons with Disabilities expressed concern over reports that people with disabilities were extrajudicially executed and later falsely reported as fighters in ten cases of ‘false-positives’, although other organizations reported that ‘the correct number is more likely to be in the hundreds’. While progress has been made in ensuring accountability for this practice, very few cases have been prosecuted and only one specifically mentioned the victim’s disability. With regard to CRSV, the Colombian Constitutional Court has also recognized that women and girls with psychosocial and intellectual impairments are more vulnerable to this form of violence, not least due to the lack of reporting avenues and authorities often according little credibility to their testimonies.

Persons with disabilities are undoubtedly in a vulnerable position during the transition from conflict to peace. Some may be more vulnerable than others, on account of the accumulated disadvantages they face due to individual circumstances. In this sense, the above-mentioned challenges demonstrate a lack of preparedness among the relevant actors to address persons with disabilities’ needs as a large group in the civilian population. The lack of context-specific, disaggregated data on people with disabilities and a general lack of awareness or sensitivity to the specific risks and challenges they face permeate any discussion on planning and preparedness for post-conflict. Furthermore, while one cannot overlook the fact that the lack of data and awareness are also challenging for the armed forces and humanitarian organizations, for which further training and resources are needed, this also demonstrates that parties to an armed conflict must prepare already in peacetime and in the beginning of hostilities for what comes after the conflict.

Notwithstanding the challenges, examples of good practice have emerged at different levels. Denmark has incorporated the protection of persons with disabilities in its military manual, while Greece’s air force training covers the CRPD and specific protection to persons with disabilities under IHL. Among humanitarian organizations, the Inter-Agency Standing Committee (IASC) has issued Guidelines on Inclusion of Persons with Disabilities in Humanitarian Action and the ICRC itself has committed to more disability-inclusive humanitarian programming. Some fighters have also individually intervened to protect people with disabilities, and court judgments have provided a measure of justice to victims of violence. Although scattered, these practices show there are concrete avenues to operationalize a more disability-responsive application of IHL if used more consistently. Likewise, consultations between civilians with disabilities and militaries, convened by the UNSRD and the ICRC in 2022 in partnership with OPDs, underscored several recommendations to this end, such as revising military manuals and standard operating procedures to mainstream the protection of persons with disabilities into the general chapters on protection of civilians, and cooperating with OPDs to train and educate the armed forces on disability.

Editor’s note: This post is based on work prepared for the Sanremo Essay Competition and will be published in its original form in the Proceedings of the 45th Sanremo Round Table on Current Issues of IHL.