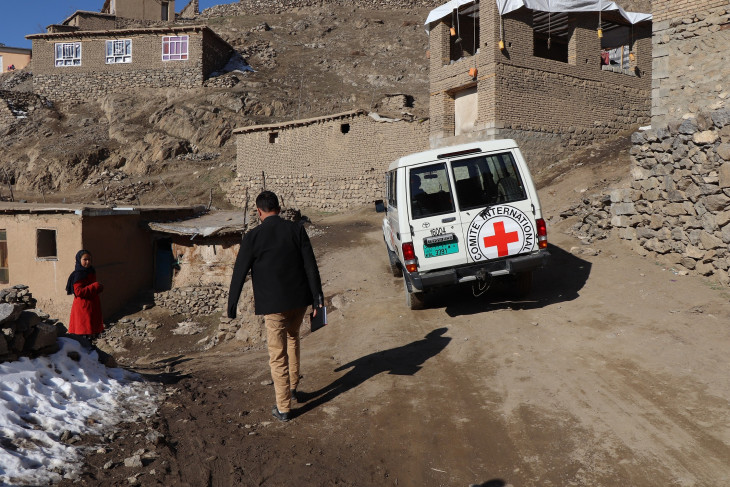 We have all seen the despair, dismay, and disaster of war. But what happens when the armed conflict appears to be over? It may be a time for peace, but there will often be pockets of hostilities, rogue forces, continuing damage, unexploded weapons that have not been removed, and lives that cannot go back to so-called normality.

In this post, ICRC Senior Legal Adviser Kelisiana Thynne and ICRC’s Head of Legal Advisers to Operations Thomas de Saint Maurice launch a new series, ‘IHL in the aftermath’ to raise the profile of relevant IHL obligations in post-conflict scenarios and highlight the humanitarian consequences of armed conflict in the aftermath of conflict that might be more challenging from a legal perspective.

ICRC Humanitarian Law & Policy Blog · IHL in the aftermath of battles and conflicts: what do we want to achieve?

The ICRC legal team has recently launched the IHL in the Aftermath initiative, stemming from the reality that the end of intense combat – whether permanent or temporary – does not correlate with an end to the human cost of armed conflict. This will also be the focus of the upcoming San Remo Roundtable on IHL. The wake of battle is its own context, bringing with it vulnerability to violence for civilians and persons hors de combat, urgency for the wounded and separated families, and the temptation to neglect detainees, internally displaced people and others whose lives were devastated during the fighting.

Our internal data on ‘direct results’ of armed conflicts shows that victims of around 30 armed conflicts that were declassified, in some cases long ago, are still protected by international humanitarian law (in particular the rules on the missing, detention and weapons contamination in relation to the conflict). In many cases, these past conflicts continue to affect countries in which there is no more armed conflict today, and the ICRC is still carrying out important activities for the victims of these past conflicts and their families, according to its mandate and to uphold the application of the rules of international humanitarian law (IHL). There remain protection and assistance challenges in these and a range of other contexts as States transition out of conflict or see the end of certain operations and the beginning of new ones. There are other contexts where conflicts end and then there is a period before it all starts again. What law applies at this point? And how can the civilian population in a state of vulnerability be protected?

Various IHL treaties establish different formulations in relation to the precise point in time at which specific rights and obligation cease and the extent to which these apply, if at all, even beyond the termination of an armed conflict. For example, the English version of the four 1949 Geneva Conventions (GCs) use wordings such as ‘close of hostilities’, ‘after cessation of active hostilities’, and ‘after an engagement’. Other IHL provisions remain silent about any specific point in time but must logically continue after the end of hostilities. An example would be the obligation to take all possible measures to ensure that internally displaced persons (IDPs) return under satisfactory conditions.

IHL in the aftermath

It is against this backdrop that we launch a new series, ‘IHL in the aftermath’, with the aim of identifying and raising the profile of IHL obligations that are especially relevant to post-confrontation and post-conflict scenarios, and to highlight the other humanitarian consequences of armed conflict in the aftermath that might be more challenging from a legal perspective.

Overall, this series seeks to prompt States, IHL experts, and humanitarian professionals to interact with the timeframe of the aftermath and start to seek solutions (both practical and legal) to the humanitarian challenges that exist in the aftermath. Throughout the posts, we focus on everyday problems of people because as humanitarians we are primarily concerned with how the aftermath affects them. The series focuses less on issues such as transitional justice, accountability and return to peace, which are the topics we generally have in mind when we talk of the aftermath, but further work will see these issues included.