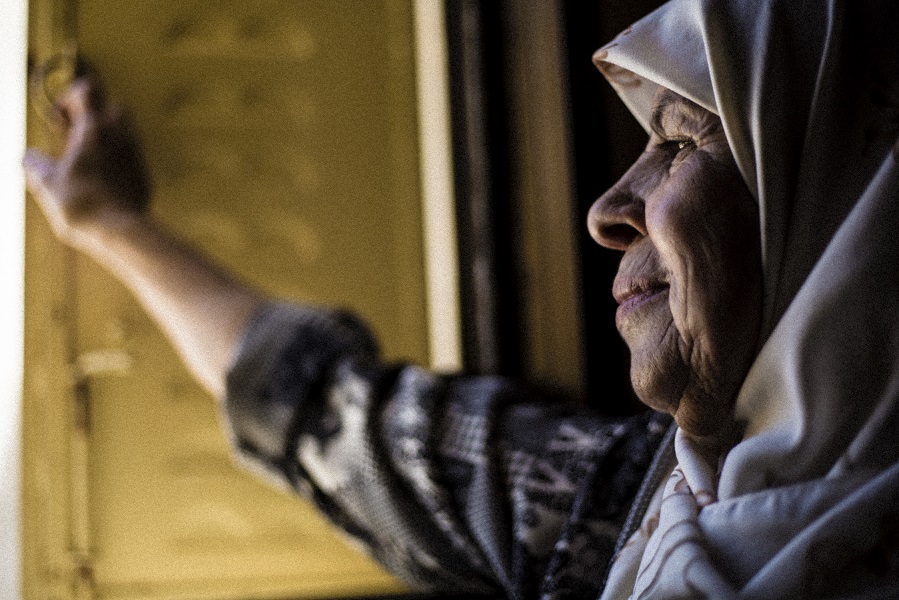 ‘What I know is that for me, for many, the war will not be over until more is done to restore us and our town to normality’. Conflict is not just about international humanitarian law (IHL) and how it is applied. During conflict and in its aftermath, the voice of the civilians affected should be considered.

In this post, the fourth in our ‘IHL in the aftermath’ series, ICRC Senior Legal Adviser Kelisiana Thynne addresses post-conflict challenges for individuals and their families through the fictional lens of someone living in the aftermath with her family.

Author’s note: Thanks to Anna Greipl and Thomas de Saint Maurice for the initial concept of this post. All quotes in italics are from real people interviewed and recorded by the ICRC in the 2017 report, I Saw My City Die. The reason for using these quotes is to demonstrate that although the blog is fictional, it is grounded in real life experience.

ICRC Humanitarian Law & Policy Blog · When will it be over? A fictional civilian’s story in the aftermath of conflict

They say the fight is over, the war is finished. There are winners and losers. They say that those of us who are still here are ‘free’. What does that mean when my house has been reduced to rubble and we are struggling to survive day to day? Sure, we no longer hear the constant noise and fear of bombs (for now) but we still fear for our lives in this aftermath.

Bombs, mortar shells and bullets were whizzing above our heads. Everyone in the neighbourhood was fleeing. It was horrible.

Last summer, our city was taken over by the rebel group. My husband was a government official on business on the other side of the country. I had heard rumours he was detained, but I did not know for sure. Our neighbours also had worked for the government; they left. We haven’t heard from them since. I didn’t want to leave in case my husband returned.

The destruction around us that first week was huge. I no longer have a kitchen – that side of the house was blown off one morning. One of my children still complains of ringing in his ears and pain in his head, but I had no money to take him to the doctor. The doctor had no electricity or water anyway. None of us in this neighbourhood did.  And the doctor was needed for more serious emergencies.

We then had a relative peace – after a week of intense fighting, with us huddled in our homes desperate to survive, it suddenly stopped. There were no more attacks and yet no more real peace. The dead and dying bodies – our neighbours, our close friends – were trapped in the rubble, calling for days until we could no longer hear their cries.  It took a long time for the soldiers and us neighbours to detect and find our friends under the debris of the destruction. The injured had lost a lot of blood, if they were still alive. The nearest hospital also had no electricity and no water – they were barely able to function. Bodies were eventually collected but it was hard to identify them, the soldiers said. I don’t know where they are buried. Sometimes I wonder if my best friend got out, escaped, and fled with her two children, rather than lying in the rubble, but I suppose I’ll never know.

I wish … that we could see children go to school. I want to see them playing and having fun, as before.

I had forbidden my children from going to school during the week of fighting. After that there was no school to go to – it had been bombed. One of the teachers was killed; others fled. For a year, we tried not to let my children’s education slip away – reading the books we already had over and over again, trying to play games. But my energy was gone by the end of the year. Now the children run in the streets.

Cluster bombs were used during the conflict – both sides deny it, but I have seen it with my own eyes – a friend’s child, a son to me, lost an arm picking up one of the bright yellow shells and throwing it. We’re only lucky no one else was hurt. I am still fearful every time my children go out, but I can’t keep them inside forever.

I don’t want to show our faces or ask any questions to the authorities because it might put my husband at risk. One good outcome of the uncertain peace was I received a message from him – the Red Crescent Society delivered it. It simply said that he was alive and as well as could be. I knew it was from him because he drew a picture of our family all together. He was always a good artist.

People are eating from the garbage because they can’t get food. We’ve seen women boiling tree leaves just to give children some hot soup.

The tanks and bombs came back a year later. Now the government was fighting the rebels. We’d just gotten used to the strange calmness and were now again wrought with fear for our lives every time we went too far from the house to find food or medical help. The rebel soldiers, some not much older than my son, were unpredictable in their reactions. And while some people said they provided justice, they never did anything to help us get on with our lives – never provided rebuilding equipment, never helped with food or water supplies. What talk of justice can there be without basic services?

After two weeks of fighting and more destruction, we were back under government control. And it seems peace is coming to the whole country. With this peace, I expected to feel safe, but the government has not put in place the usual security measures – instead of police we still have young soldiers – fresh from the attack and ready to do so again. No one is controlling them it seems. There is no justice from them either.

Cluster bombs still lurk in corners for unsuspecting people to find. Someone down the street returned home last week from an IDP camp, only for her legs to be blown off as she walked through the door of her house – it was booby-trapped. People are finding unexploded bombs everywhere. No one is coming to remove them.

People are returning to the town in droves. But their houses have been destroyed. And the government are suspicious of them – what side were they on and what were they doing during the conflict? They don’t have formal papers from the IDP camps, or they stayed with relatives far away and have no documentary proof of where they were. The papers for their pensions, their children’s school, even their rent have been lost. I first thought that they were worse off than us in many ways.

But now it turns out we are in as precarious a position as they are. I kept waiting for my husband to return. He was held by the rebels but now they have been defeated, so he should have returned home. The place where he was detained was taken over by the government, so surely they released all the detainees? Now I hear that the government has detained all the prisoners, again in suspicion that they had collaborated with their captors. My husband’s salary had been paid until then, but recently it has been cut off. I receive another message from him from the Red Crescent – a small drawing in a shaky hand. How is he being treated? When will he finally be released? Isn’t this conflict supposed to be over?

I saw a well-known local rebel leader at the market the other day – he had negotiated an amnesty. Why can he have one and yet my husband, who never did anything wrong, is still a prisoner?

I just want to be alright. It’s hard to be ‘okay’ when you’ve seen so much. I saw my city die. I saw myself break. I don’t know if I’ll ever be okay, but I want that.

Even now the war is over I have nightmares every time I can get any troubled sleep. I want to get better; I want my body and mind to heal. I want my children to have a trouble-free life from now on. I want to see my husband again.

There are some things we cannot recover from. But for those we could, like physical and mental pain, we still aren’t able to access medical help. My friend’s son, who is missing one arm, has trouble accessing any physical rehabilitation – he sits at home staring at the walls. He was once such a bright and active child. My neighbour, raped in a government-run IDP camp, cannot get access to the mental and physical special services she so badly needs. I check her each day to make sure she is still alive. Her son is so enraged that he has joined the rebel group. There is talk they are regrouping and starting to launch attacks again.

What I know is that for me, for many, the war will not be over until more is done to restore our lives and our town to normality. It may be a different normality – always a little scarred and damaged – but it will be better than this ongoing aftermath of conflict, with its incessant fear of return to war.