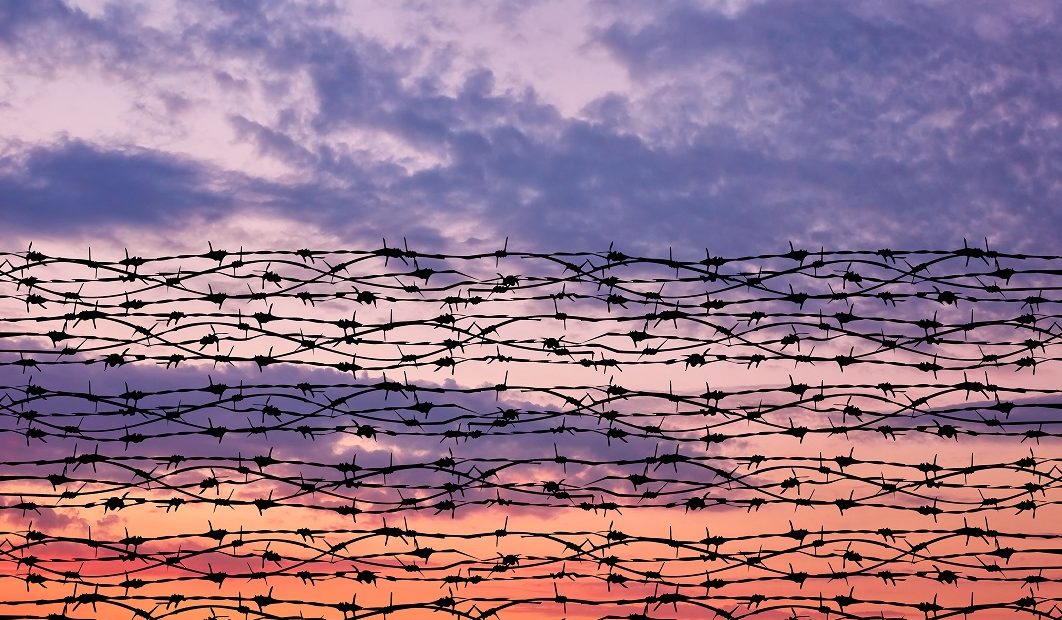 When international armed conflict breaks out and people find themselves in the power of belligerent States, the four Geneva Conventions of 1949 activate with full force. By requiring humane treatment and criminalizing abuse, the Conventions serve as a bulwark against cruelty and reaffirm the notion that, even in war, there are limits. But the focus on these universal prohibitions can obscure another central feature of how the Geneva Conventions operate: they manage to reach and protect all those in the power of the belligerents, not by treating everyone identically, but by explicitly taking their different situations into account.

In this post, ICRC Senior Legal Adviser Ramin Mahnad describes how the assignment of every individual to one or more categories set out under the Conventions forms the basis of an intricate legal system that determines how the parties must treat people who fall under their control.

ICRC Humanitarian Law & Policy Blog · In the hands of belligerents: status and protection under the Geneva Conventions

The situation in Ukraine is a painful reminder of how quickly international armed conflict can ignite and devastate. That anyone, anywhere, might suddenly be caught up in the misery of war is the inescapable truth that has, for decades, fueled the world’s commitment to the four Geneva Conventions of 1949. States, all of which have ratified the Conventions, reaffirm them on every possible occasion, demonstrating an international consensus that it would be unwise for humanity to ever let down its guard.

When international armed conflict breaks out, and new populations find themselves at the mercy of belligerent States, the Conventions activate with full force. By requiring humane treatment, and by turning murder, torture, mutilation, and a host of other abuses into international crimes, the Geneva Conventions serve as a bulwark against cruelty and reaffirm the notion that, even in war, there are limits.

Essential as they are, the focus on these universal prohibitions can obscure another central feature of how the Geneva Conventions operate: they manage to reach and protect all persons in the power of the belligerents, not by treating everyone identically, but by explicitly taking their different situations into account. On top of the straightforward prohibition of various atrocities, the law of international armed conflict – international humanitarian law (IHL) – sets out far more elaborate protections and engages directly with the various roles people might play if their lives were engulfed by war. The assignment of every individual to one or more categories set out under the Conventions – combatant, civilian, prisoner of war, medical personnel, religious personnel, sick, wounded, shipwrecked, woman, child, mercenary, person with a disability – forms the basis for an intricate legal system that governs how the parties must treat people who fall under their control.

Prisoners of war and the Third Geneva Convention

The Conventions use status to tailor protections to specific vulnerabilities, with particular attention to people who are outside the protective reach of their own governments. The clearest example might be the prisoner of war (POW) regime enshrined in the Third Geneva Convention, which is primarily designed to protect members of the armed forces whenever they find themselves in the hands of an enemy State. Since they are disarmed and no longer a threat, the Third Convention steps in to obligate the detaining powers to treat them not only humanely, but in line with their role as combatants belonging to a State and deserving of ‘respect for their person and their honour’.

States designed the Third Convention to prevent the recurrence of horrors inflicted on POWs in the past while also shielding combatants from treatment that would assign them individual motives or consider them to have done something wrong simply by participating in the hostilities.  POWs cannot be subjected to any form of coercive interrogation and are only required to reveal their name, rank and serial number to the detaining authorities. They can be held in camps until active hostilities have ended, but they cannot be subjected to close confinement, imprisoned, or otherwise be treated as having committed a crime. Their living quarters must be essentially the same as those provided to the detaining power’s military personnel, and they are entitled to similar treatment in other areas of life as well. The Third Convention requires the parties to establish ‘national information bureaus’ to collect and transmit information on POWs to the Central Tracing Agency, a permanent structure of the ICRC. This system helps prevent missing cases by accounting for those in enemy hands and in providing information to their families in a dignified manner.  The Convention also covers issues related to POW transfers, repatriation and accommodation in neutral countries. To foster compliance with its rules, the Third Convention grants the ICRC the right to freely go wherever POWs may be found and interview them without witness.

The customary doctrine of ‘combatant immunity’ precludes any attempt to prosecute or punish combatant POWs for merely having participated in the conflict, no matter how many soldiers they might have killed or injured on the battlefield. The law leverages immunity to incentivize compliance with its rules: combatant POWs are protected against prosecution for lawful acts of war, but they can be put on trial for IHL violations, especially war crimes. (They nevertheless remain protected as POWs throughout their trial and any subsequent sentence.)

POW status extends to the members of a State’s military, as well as all other armed forces who fight on the State’s behalf while fulfilling certain requirements to distinguish themselves from the civilian population. But the status of POW is not limited to members of the armed forces; militaries often deploy with authorized civilians alongside them, and the Third Convention reaches them as well. Civilian staff, war correspondents, supply contractors, and others who accompany the armed forces without being members run a very high risk of being detained together with captured or surrendered combatants. In acknowledgment of this reality, the Third Geneva Convention ensures that these civilians are not left without a clearly applicable protective framework. The Third Geneva Convention protects all persons, including third-country nationals, who meet the criteria for POW status.

Civilians and the Fourth Geneva Convention

When it comes to civilians more generally, the law is also carefully devised to account for the specific risks they face. The Fourth Geneva Convention establishes a broad set of protections against the dangers of war for the entirety of the population, as well as tailored safeguards for specific groups, including women, children, older people, and people with disabilities. However, the bulk of the Fourth Convention focuses on the particular treatment of foreign nationals in the hands of a party to the conflict.

So-called ‘protected persons’ are individuals who are outside the protective reach of their home governments because they are of enemy nationality or are otherwise unable to benefit from the diplomatic representations of their home States. Foreign nationals in a country at war are extremely vulnerable to detention, or worse, especially when they come from an enemy State. The Fourth Convention steps in to protect them against arbitrary deprivation of liberty, sentencing without a fair trial, collective punishment, exposure to public curiosity, insult and humiliation, murder, and various other ills committed in the past. It sets the outermost limit of lawful conduct toward civilian foreigners in a belligerent’s hands, even in the exceptional circumstances of war.

At the same time, the Fourth Convention acknowledges that not all threats toward a belligerent party will come from enemy troops. Civilians might also pose security risks by engaging in activities like incitement, espionage, or sabotage. To accommodate this reality without opening the door to abuse, the Convention leaves room for the imposition of security measures on protected persons, so long as they are necessary and remain in compliance with the Convention’s protections. Today, they would also need to comply with relevant and applicable human rights law.

Any such security measures that amount to deprivation of liberty must be exceptional, temporary, and non-punitive. The Fourth Convention establishes ‘assigned residence or internment’ as the most severe measures of control that can be imposed against a protected person, and only when other measures are inadequate to prevent an imperative threat to security. Civilian internment is heavily regulated by the Fourth Convention, which ensures that living conditions and treatment are in line with the nature of internment as a preventive measure, not a punishment. The Convention provides for procedural safeguards to prevent arbitrary detention and limit the duration of internment or assigned residence to as long as it is necessary to mitigate the threat. Similar to the POW regime, it grants the ICRC the right to go wherever protected persons are, and to interview them without witness. And it tasks the ICRC’s Central Tracing Agency together with States’ national information bureaus to fulfil their roles in accounting for people, preventing missing cases and informing their families in a dignified manner.

The Fourth Convention, bolstered by subsequent treaty law, is also where fighters who do not meet the criteria for POW status find legal protection. Anyone who has engaged in hostilities while falling outside the scope of the Third Convention is protected as a civilian by the Fourth Convention (assuming its nationality requirements are met). And if they are prosecuted for their actions, they must be granted a fair trial under its provisions.

Critically, failing to meet the Fourth Convention’s nationality requirements does not leave any civilians without protection. To the contrary, all persons in the hands of a party to the conflict are covered with essential guarantees under Article 75 of the first Additional Protocol to the Conventions – a provision that is also widely considered to reflect customary international law. A detainee who is not protected under any of the four Geneva Conventions is unequivocally protected by this provision against a host of abuses, including murder, torture, cruel treatment, and unfair trial, to name a few. Applicable human rights law will also provide safeguards.

The Conventions as a legal system

Like any legal system, IHL contains incentives and disincentives, permissions and prohibitions, that form a normative framework leading toward desired outcomes. The Third and Fourth Geneva Conventions accordingly assign legal status and protections in a way that advances broader policy objectives.  The rules discourage the commission of war crimes by limiting a soldier’s combatant immunity to lawful acts of war. They bolster the distinction between combatants and civilians by limiting combatant status to those who join the military or comparable forces that meet strict criteria. And they incentivize surrender over unnecessary slaughter with the promise of dignified conditions of internment.

At the same time, the Conventions never resort to excluding anyone from their protective framework, no matter their deeds. Those who commit war crimes or any other act contravening the principles of IHL remain protected by the Conventions in their relations with the belligerents. As a legal system, IHL adapts the privileges it grants as necessary to preserve essential protections for everyone affected by international armed conflict. No matter how nefarious one’s actions in the eyes of their captor, their humanity and dignity will always be shielded by one of the four Geneva Conventions.