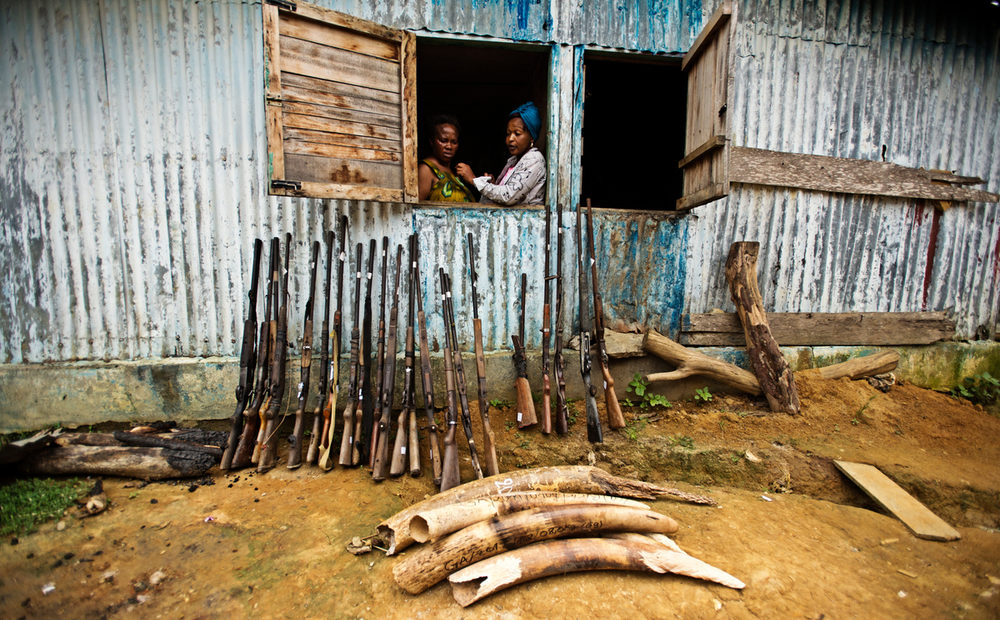 The destruction of nature and the world’s ecosystems presents an unprecedented challenge for humanity. With one million species on the brink of extinction – the 6th mass extinction event in world history – nature loss also has a profound impact on international peace and security.

In this post – part of a special series on war, law and the environment co-hosted with the Conflict and Environment Observatory (CEOBS) – Florian Titze, Policy Advisor for International Biodiversity Policy for WWF-Germany, makes a case for the UN Security Council to acknowledge the nexus between nature and security, arguing that today’s conflicts can no longer be viewed in isolation from the natural environment in which they take place.

The degradation of our natural environment, the loss of biological diversity[1] and the destruction of ecosystems and their services are major threats for the stability of societies, peace and security. With the increasing rates of nature loss from year to year, our negligent treatment of our natural environment represents an increasing risk for stability and inclusive development around the globe. These interactions, coupled with other severe and lasting impacts on already fragile ecosystems and regions, are increasingly relevant for the United Nations Security Council (UNSC), the primary multilateral body tasked with the maintenance of international peace and security.

To be sure, nature and environmental factors are neither the only drivers of insecurity, nor do they exist in isolation. Instead, they are a critical part of a complex web of interactions between several different social, economic, political and environmental risk drivers. When describing these links between nature and security, this web can be summarized as the ‘nature-security nexus’.[2]

The UNSC is slowly but surely acknowledging the interconnection between climate change and peace and security. However, biodiversity, ecosystems, and natural resources have only been considered in isolated decisions and remain largely neglected as a structural factor. Such acknowledgment is vital.

A holistic integration of the nature-security nexus into the discussions, decisions and mandates of the UNSC would be an important component in the maintenance of international peace and security. If ignored, it could undermine the costly efforts of the international community to end existing conflicts, prevent future ones, and respond to the needs of those most affected.

The crisis we face

Humanity is on a dangerous path. Our relationship with nature is broken and collectively we have already crossed several of the planetary boundaries. We are leaving what scientists call the safe operating space for humanity, including those natural systems that we fundamentally depend upon. The latest assessments on the state of ecosystems estimate that about 75% of the planet’s terrestrial and 40% of the marine environment have already been degraded.

Today, one million species are on the verge of extinction. We are facing the 6th mass extinction in world history, and this one is man-made. The consequences are as devastating as they are difficult to fathom. They will affect all aspects of human societies, including our well-being, our prosperity, and ultimately our security. These consequences will affect all people in the long term, but those that are already most vulnerable, including conflict-affected communities, will suffer the most. As ecosystems deteriorate and biodiversity is lost in increasing rates, livelihoods of people become at risk, with basic needs such as access to water being threatened. A recently published report by WWF and Adelphi exemplifies the mutually reinforcing dynamic between conflict and the destruction of the environment in the context of the Colombian peace process.

Zoonotic diseases on the rise

The current COVID-19 pandemic shows clearly that the traditional understanding of peace and security is insufficient to address the increasing web of interrelated security risks of today. COVID-19 is only the latest of many examples of zoonotic diseases emerging in recent decades, such as Ebola, HIV/AIDS, and SARS. The links between disease outbreaks, the environment and conflict are multifaceted: the destruction of ecosystems and with that of animal habitats, more frequent contact between humans and wildlife such as due to the encroachment of cities into natural environments, as well as illegal or unregulated wildlife trade, increase the risk of zoonotic disease outbreaks.

Efforts by the international community to halt the loss of biodiversity and the degradation of ecosystems have been largely unsuccessful thus far. The last Strategic Plan of the UN Convention on Biological Diversity and its Aichi-Biodiversity Targets, agreed 2010, has been a failure, with none of the 20 targets being achieved by 2020. At the 15th Meeting of Parties of the Convention (CBD COP15) in April 2022, parties are expected to agree to new global targets as part of the post-2020 Global Biodiversity Framework. According to leading scientists, this critical agreement will be the last chance for countries around the world to halt and reverse biodiversity loss. To successfully do so, parties must agree and implement a wide range of measures to address the main drivers of biodiversity loss.

However, this will require large-scale and cross-cutting changes in policy and planning. Nothing less than a transformative change of economic and financial systems as well as of global production and consumption patterns, the inclusion of all actors of society, including indigenous peoples and local communities, and the mobilization of sufficient resources will be needed. In other words – it’s time for all hands on deck, and that includes UN multilateral fora including the Security Council.

The links between nature and security can be organized along three main pathways that spell out how different environmental factors are linked with specific kinds of security risks. These pathways overlap and interact in multiple ways. Taken separately, they can help to describe the different ways in which environmental factors can contribute to tensions and undermine peace.

In a new policy report WWF plans to publish in cooperation with Adelphi in October 2021, the three pathways are described as part of the nature-security nexus: 1) ecosystem and biodiversity loss, livelihood insecurity and instability; 2) the environment, conflict finance and organized crime; 3) competition and conflict around natural resources.

A vicious cycle for peace and security

The interactions between these three pathways show how the environmental crisis and peace and security (or the lack thereof) are reinforcing each other. For example, environmental degradation and biodiversity loss can negatively affect the availability of natural resources, livelihoods and human security, which can contribute to tensions, crime and political instability. In parallel, environmental crime and the illegal exploitation of natural resources, ecosystems, or wildlife often play a significant role in conflict scenarios, such as fostering organized crime, which in turn can undermine peace processes and prolong conflict.

Therefore, it is important that all environmental security-risks are viewed in an integrated manner. Such a holistic approach should also include climate-related security risks. These mostly manifest themselves through biophysical impacts, such as its impacts on the availability of natural resources like water.

It needs to be stressed that this approach is not meant to distract attention from the importance of climate-related security risks, which currently feature strongly in UNSC deliberations. Instead, the international community should complement its understanding of the relationship between the natural environment and human security with a more integrated and holistic approach, accounting for environmental factors, including climate change, in a more structural manner. 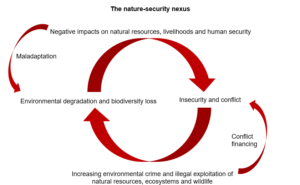 If we continue to severely disrupt the planet’s natural systems – on which the livelihoods of billions of people around the world depend – by driving biodiversity loss, degrading ecosystems, and fueling climate change, related security risks will increasingly arise. The resulting food, water and energy insecurity, for example, can contribute to political instability, and aggravate political and intercommunal tensions.

Threatened livelihoods can push people towards taking part in illegal activities and make them more susceptible to recruitment into armed groups. Moreover, environmental degradation and livelihood insecurity can be significant push factors for migration, which, even if most often taking place internally, can lead to additional tensions and violence in receiving communities.

Numerous economic activities that rely on the environment and natural resources are linked to conflict, human rights violations, and violent crime, often with enormous profits. Transnational environmental crime generates an estimated 100-281 billion USD annually and constitutes 38% of the financing of non-State armed groups, including groups designated as terrorist, representing their largest source of income.

A political economy of a conflict often represents an important factor in how long it drags on and why certain actors within that conflict may have a limited interest for it to end. Environmental crimes can form a central part of this political economy, providing financial incentives for conflict actors to sustain and prolong instability. As a result, conflicts that involve natural resources are more likely to reignite after they have been initially resolved. In addition, conflict economies tend to corrupt and undermine State institutions, thus weakening States and pushing them towards more instability and fragility.

Competition and conflicts around natural resources

Biodiversity loss and environmental degradation have severe impacts on the availability of and access to natural resources such as water, forests, or land. These changes can contribute to conflicts over natural resources. As ecosystems degrade, they lose the ability to fulfil their essential functions or ‘ecosystem services’, which often means that fewer resources are available.

For example, the degradation of soil biodiversity through overuse and pollution leads to the loss of productivity of land. The UN Convention on Combating Desertification (CCD) estimates that soil erosion occurs between 100-1000 times faster in arable or intensively grazed lands. Another example is forest degradation, which can have a direct impact on water supply. These changes in the availability of and access to natural resources can lead to increased competition over those resources and in turn escalate into violence, in particular in regions that already have a recent conflict history[3].

The scale of the environmental crisis and its impact as a driver of insecurity make it imperative for the UNSC to acknowledge and address the full breadth of the nature-security nexus. It should ensure that, as a standard procedure, its discussions, decisions and mandates adequately reflect interlinkages between environmental factors and security.

A broad environmental security agenda needs to complement the already existing activities and initiatives on climate-related security risks, as environmental degradation and climate change risks often interact and reinforce each other. Environmental factors are often a critical link in the pathway from climate change impacts to security risks. Relevant protections of nature and the environment contained in international law such as IHL and international human rights law accordingly need to inform UNSC work. In addition, international agreements for sustainable development and the protection of the environment, such as the Rio Conventions (CBD, UNFCCC, and CCD) and other Multilateral Environmental Agreements (MEAs) should be recognized as critical contributors to global stability.

Looking further ahead, the UNSC will need to more formally acknowledge that maintaining international peace cannot be achieved while we are breaking the planetary boundaries[4]. Nature will not negotiate. Whereas political will currently seems insufficient for an explicit acknowledgement of this fact in the form of a general resolution on the nature-security nexus, in time, the Council needs to systematically consider that breaching these boundaries means the world will ultimately suffer consequences that threaten humanity’s very existence.

[1] According to the UN Convention on Biological Diversity (CBD), biological diversity – often called biodiversity – is defined by the variability among living organisms from all of Earth’s ecosystems, as well the ecological complexes (or ecosystems) to which they belong.

[2] This post highlights the strands of this web that need greater multilateral attention. It is meant to raise awareness on the connections of nature loss and insecurity, and the corresponding need for a comprehensive approach to international peace and security that includes the environment, as previous posts in this series have also emphasized. But by no means does this post intend to suggest a ‘securitization’ of environmental challenges. 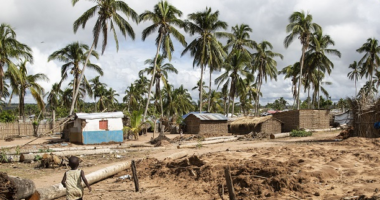 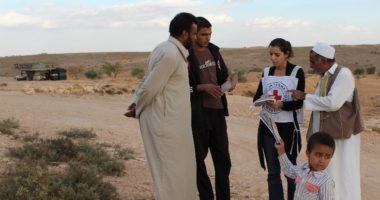 Over the past year, millions of people living in conflict-affected areas have faced severe and ...