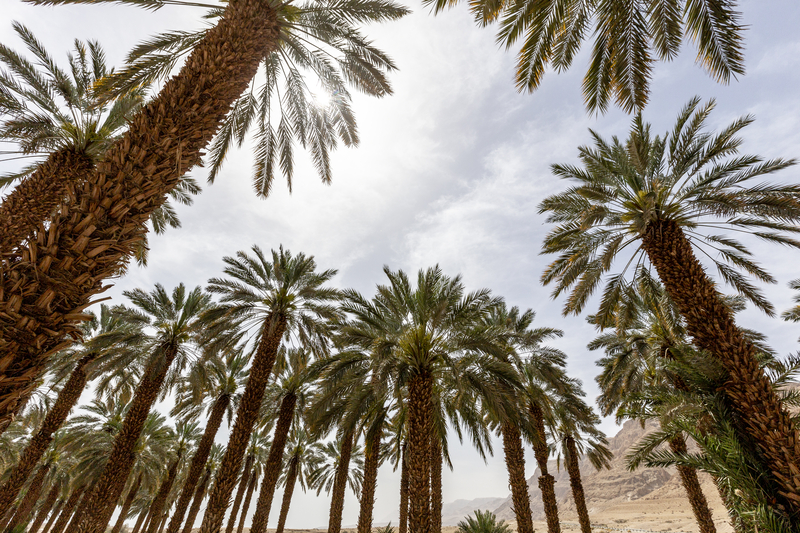 As humans, our perception and understanding of the environment, and our interaction with it, is continuously evolving. Yet despite its existential importance to us all, there is no agreed definition in international law of the term ‘natural environment’.

Underpinned by the drafting history of Additional Protocol I and the rules themselves, the ICRC’s 2020 Guidelines on the Protection of the Natural Environment in Armed Conflict understand the natural environment as, ‘the natural world together with the system of inextricable interrelations between living organisms and their inanimate environment, in the widest sense possible’ (paras 16-17). This includes ‘the general hydrosphere, biosphere, geosphere and atmosphere (including fauna, flora, oceans and other bodies of water, soil and rocks)’ as well as ‘natural elements that are or may be the product of human intervention’, such as agricultural areas and drinking water.

According to the Islamic worldview, everything in this universe is the creation of God, and human beings are entrusted with the responsibility of preserving and protecting it, and contributing to the development of human civilization.[1] This view complements that of IHL, addressing the natural world in a broad sense as being everything in the universe and providing space for our expanding understanding of the importance and impact of climate and the environment on humans if not properly cared for. This reflects a shared approach of protecting the natural environment per se, recognizing its intrinsic value (Guidelines, paras 19-21).

General protection of the natural environment: conduct of hostilities and wanton destruction

Any damage to the natural environment during peacetime or which is not lawfully permitted during armed conflict falls under the criminal act described in the Qur’an (e.g., 2:205; 5:32-33) as fasād fī al-arḍ (literally, ‘destruction/mischief in the land’), which is one of the acts falling within the crime of terrorism under Islamic law. This is similar in nature to IHL rules prohibiting unlawful damage or destruction of any part of the natural environment.[2]

Hence, there are Islamic legal grounds and some historical indications that Islamic State practice recognize the civilian character of the natural environment and avoids damaging it unless required by imperative military necessity.

When might a part of the natural environment be lawfully attacked?

Although the term ‘natural environment’ was not used by medieval Muslim jurists, the IHL-relevant rules they developed consistently included a section on the destruction of property, in which they regulated and deliberated the prohibition or permissibility of causing damage to parts of the natural environment.

In examining the Islamic legal position on the protection of the natural environment, one finds an important illustration in the ongoing debate that began in the 7th century and continues today. On one hand, there are specific instructions prohibiting damage to parts of the natural environment. An example is Prophet Muhammad’s prohibition of cutting down trees except those that block people from engaging in fighting.[3] Following the same logic, the first caliph Abū Bakr (d. 634 CE) handed down ten well-known instructions to his army commander Yazīd ibn Abī Sufyān, which include: ‘do not cut down fruit-bearing trees or destroy buildings; do not slaughter a sheep or a camel except for food; do not burn or drown palm trees; do not loot; and do not be cowardly’. References to the protection of fruit-bearing trees and palm trees aligns with IHL protection of these parts of the natural environment by virtue of their civilian character, as well as by the rules governing objects indispensable to the survival of the civilian population, including foodstuffs, agricultural areas, livestock and drinking water (Guidelines, Rule 10).

On the other hand, there are reports that Prophet Muhammad ordered the destruction of date palm trees of the tribe of Banū al-Naḍīr in 625 CE, and the date palm trees and grapes of the adversary in the battle of al-Ṭa’if in 630 CE. Although the order was not given in the context of armed conflict and no fighting took place, it is relevant in the Islamic law of war; legal and historical sources indicate it was given to either force the tribe to surrender or because of the location of the date palm trees. In reality, both may be true, taking into consideration the very small number of palm trees that were reportedly damaged, somewhere between two and six. In the battle of al-Ṭa’if, date palm trees were used as another line of fortification, and troops were ordered to destroy the date palm trees and grapes to force the adversary to stop fighting. In this case, the date palm trees seemingly became a military objective: their use as a fortification made an effective contribution to military action and the orders to destroy them arguably offered a definite military advantage.

There are remarkably documented discussions on these events between Prophet Muhammad and the adversary leaders over the permissibility of causing damage to these parts of the natural environment. One of the Banū al-Naḍīr told Prophet Muhammad that destroying the palm trees would be a fasād, ‘which you [Muhammad] prohibit and condemn its perpetrators’. The Qur’an (59:5) reinforces that damage is prohibited in principle, but supports it in the Banū al-Naḍīr incident. A debate is also recorded in poems by the poets Samāk from Banū al-Naḍīr and the Muslim poet Ḥassān ibn Thābit (d. 674) over the incident and legitimacy of the damage caused to the date palm trees. In a similar vein, during the battle of al-Ṭa’if, the adversary asked Prophet Muhammad not to destroy the date palm trees or grapes. They urged him to seize them as spoils of war if they would be defeated or simply not to destroy them, for the sake of God and kinship ties between the warring parties, which Prophet Muhammad accepted.

There are also parallels in IHL and Islamic law on protecting the environment through rules on means and methods of warfare, such as the use of poison or incendiary weapons.

This rationale is reflected in Islamic law. Despite the limited capacity of certain indiscriminate means and methods of warfare to cause damage to parts of the natural environment specifically (rather than other civilian objects), the permissibility of their use was addressed by medieval Muslim jurists. For example, jurists unanimously permitted the use of mangonels (catapults used for shooting large stones or fire) against an enemy fortification, but only if required by imperative military necessity. Opinions differed on whether it was permissible to use incendiary weapons against the enemy in general: some prohibited it, some disapproved, and others permitted it either as military necessity or in reciprocity. Jurists also discussed the permissibility of shooting enemy fortifications and strongholds with poison- or fire-tipped arrows. Some prohibited their use and others expressed dislike on the basis that the enemy could shoot these arrows back and because there was no precedent in the age of the Prophet. In short, Islamic law reflects the need for enhanced care when fire is used as a weapon.

Islamic medieval legal opinions address this question when weapons tipped with poison, fire, or oil were shot at enemy fortifications and strongholds. Considerations are similar to those under IHL on the use of poison or poisoned weapons, in that they might poison water sources and vegetation, killing humans and livestock. The Iraqi jurist Al-Shaybānī (d. 805)[4] prohibited poisoning water sources of the enemy in order to kill them, but permitted cutting the water supply to the enemy fortifications or putting poison or blood in the water to spoil it in order to force them to surrender from inside their fortifications. This latter exception would not be permitted under the rules of IHL, but regardless of these nuances, for the majority of Muslim jurists, the rationale in their legal opinions dating back to the 7th, 8th and 9th centuries is, in IHL terms, avoiding unlawful loss of life and damage to civilian objects, including the natural environment.

Conflict-related damage to or destruction of the natural environment, increasing scarcity of natural resources and the climate crisis are exacerbating the humanitarian consequences of armed conflict. As we further understand the complicated effects of environmental degradation and the climate crisis on conflict-affected populations, the protection of the natural environment is key in modern day conflicts.

The ICRC Guidelines provide practical recommendations with the aim of reducing the environmental impact of armed conflict and the humanitarian consequences for conflict-affected populations. As part of our collective and universal heritage, the protection of the natural environment transcends legal cultures and history. The examples discussed show that deliberations by 8th century Islamic jurists on how and why the environment should be protected reflect those found in these twenty-first century ICRC Guidelines. The obligation lies with parties to a conflict to respect and uphold these rules, understanding the basis for this protection and why this protection is increasingly important in the context of modern-day armed conflicts.

[2] See for example Guidelines Rule 5 on distinction between civilian objects and military objectives, and Rule 13 on the prohibition of the destruction of the natural environment not justified by imperative military necessity.