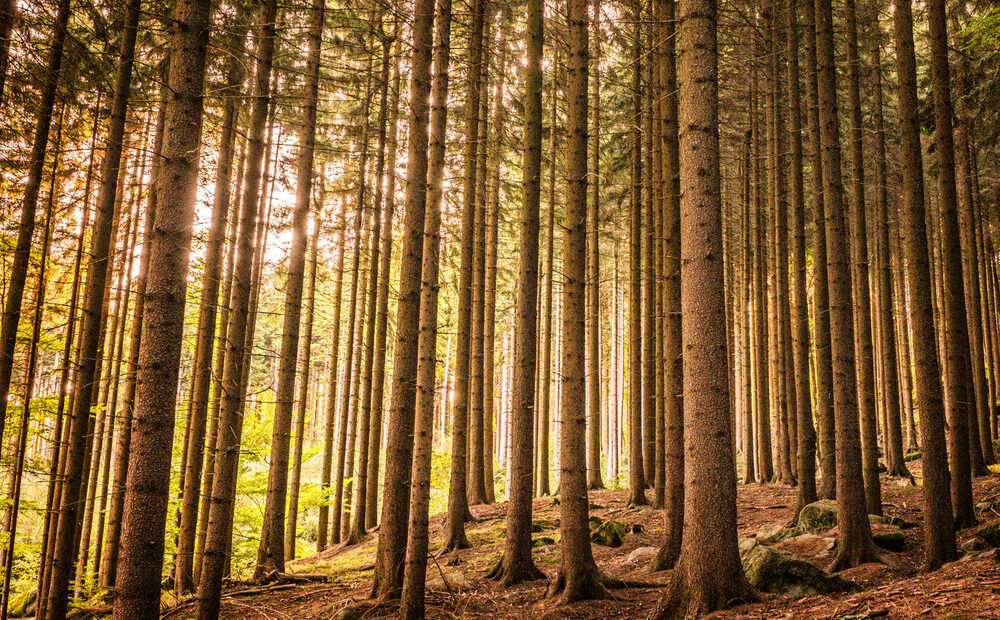 When international law addresses a particular issue of concern, ultimately the intention is to have some kind of real impact on that issue. In the case of armed conflict and the environment, the aim is to enhance the protection of the natural environment from the negative effects of war.

In this post, which is part of a special series on war, law and the environment co-hosted with the Conflict and Environment Observatory (CEOBS), Jani Leino, legal advisor for the Finnish Red Cross, examines the nuts and bolts of effective domestic implementation of international humanitarian law (IHL) in Finland and identifies six corresponding ingredients for success.

For international law to effectively protect the environment during armed conflict, the ‘international’ needs to be made ‘national’; mainstreamed into domestic laws, legislative processes, national policies and strategies, included in trainings, and translated into concrete guidance or action points. This requires connecting the dots between international law and domestic action, bringing the former to the attention of national policymakers, military practitioners and those with environmental expertise.

Implementation measures should seek systemic changes and form part of a larger joined-up strategy. To achieve this in domestic contexts, the expertise of the State, the National Society, the national IHL committee, civil society, and other local experts come into play. They are in a position to assess the current status of domestic implementation and have the ‘local know-how’ to determine which implementation measures are likely to have the greatest impact domestically.

Finland and the protection of the environment in war

When looking at the advancement of the protection of the environment in war and Finland, it is clear that the work of the Movement, as well as decisions and commitments made at the International Conference of the Red Cross and Red Crescent, have played a significant role.

Inspired by the impending publication of the revised ICRC Guidelines on the Protection of the Natural Environment in Armed Conflict, at the 33rd International Conference in 2019, Finland and the Finnish Red Cross made two joint pledges concerning the protection of the environment (a national pledge and a Nordic pledge). These two pledges complemented a joint pledge by the European Union, its Member States and EU National Societies on strengthening compliance with IHL, where the ICRC Guidelines were mentioned as an example tool to enhance dissemination of IHL within the armed forces. It is against this background that Finland and the Finnish Red Cross have subsequently engaged on this issue to achieve better implementation of international law related to the protection of the environment in war.

Pursuant to its national pledge, the government of Finland has translated the ICRC guidelines into Finnish. The national pledge also includes specific commitments to update military education material and relevant guidance documents related to the conduct of hostilities. The plan is to produce additional dissemination material on the subject matter.

The Finnish translation of the ICRC Guidelines was launched at a virtual event on 10 June 2021, reaching out to people who have a role in disseminating and implementing the rules articulated in the ICRC Guidelines. These included civil servants from different ministries (Defence, Environment, Foreign Affairs), and legal advisors of the Finnish Defence Forces, including legal officers responsible for IHL training to conscripts. The event organizers were also mindful to target non-lawyers as well as persons and institutions with expertise on environmental issues. A delegate from the ICRC’s Unit for Relations with Arms Carriers presented, in order to maximize the impact on members of the Finnish Defence Forces. The launch served to raise awareness of the humanitarian importance of protecting the environment and the associated legal obligations under IHL, and bring the relevant domestic actors around the same table.

What more could be done?

Integrating war and the environment

A significant way to further enhance domestic implementation would be to systematically evaluate how legislation and legislative processes, government strategies, policies, and programmes of action could and should take into account the relevant IHL rules articulated in the ICRC Guidelines, as well as the particular risks and threats that war poses to the environment. Mainstreaming discrete but express references to the protection of the environment and relevant rules of IHL can go a long way to ensuring that the environment is not relegated to an afterthought when military planning and decision-making takes place.

Facilitating availability of environmental expertise in the application of the law

As for the armed forces, military commanders and legal advisors of the Finnish Defence Forces will need expert environmental advice to ensure respect of the IHL obligations articulated in the ICRC Guidelines. For example, they need to be able to determine what in Finland might cause and amount to ‘widespread, long-term and severe damage to the natural environment’ (Rule 2). Respect of proportionality in attack (Rule 7) requires an ability to determine what kind of incidental (short- and long-term) damage to the environment is reasonably foreseeable from a particular attack, using all of the sources of information available to Finland at the time. Rule 8, on precautions, requires knowledge of what would amount to ‘constant care’ of the natural environment, as well as what are ‘all the feasible precautions’ that can be taken to avoid and minimize damage to the natural environment in Finland. Obviously, military exercises testing the application of these IHL rules – or integrating an environmental harm dimension into existing exercises – would advance implementation and respect of the law by Finland even further.

Ensuring the protection of the environment in war domestically is not a new exercise. It replicates what is done to implement other areas of IHL. When the Finnish Red Cross engages in such activities in support of the Finnish Government and/or armed forces, there are a number of general principles that have proven important and useful.

Strive for better implementation – the maximum, not minimum. Rather than a ‘nice to know’ training for 500 people, organize an in-depth tailormade workshop for the few public authorities who make decisions and plans related to that IHL issue. Work on integrating IHL into guidance documents on the environment and/or governmental security strategies, rather than disseminating 10,000 leaflets telling individual conscripts that IHL prohibits ‘widespread, long-term and severe damage to the natural environment’.

Domestic implementation is impactful only if the right people and actors are targeted. Who are the persons of influence in decision making, the military, civilian authorities, academia, NGOs? Who are the ones drafting legislation, designing preventive measures or compiling contingency plans for protecting the environment? Who in the armed forces will be responsible for applying the rules found in the ICRC Guidelines?

Work together both internationally and domestically. In 2017, the Finnish Red Cross and Danish Red Cross co-organized a workshop on the domestic implementation of article 36 of API (legal review of weapons). The event had interventions from the ICRC as well as governmental and military experts from the United Kingdom, Switzerland and Norway. Everyone contributed due to a common will to enhance ‘better implementation’ of IHL in Finland and Denmark. By bringing together and sharing expertise and experiences of several actors and working together, the workshop was all the more impactful.

In addition to relevant public authorities and institutions, there are other actors and experts that have data and special knowledge that is relevant and beneficial to the enhancement of the protection of the environment in armed conflict on a domestic level.

Internationally the ICRC, UNEP, States, NGOs, research institutes and many others have collected and analyzed the impact of war on the environment. Upon commission from the Finnish Ministry for Foreign Affairs, the Conflict and Environment Observatory (CEOBS) compiled a feasibility study on the implementation of the ILC’s draft principles on the Protection of the environment in relation to armed conflicts, and has done country case-studies on Canada and The United Kingdom. The University of Helsinki Toxic Crimes -project, has generated amongst other things, a briefing paper and a webinar (link) by the Finnish Institute of International Affairs specifically on the protection of the environment during armed conflict.

The vital role civil society can play in promoting and strengthening implementation of norms related to the protection of the environment in armed conflict was highlighted in a previous post in this series by Doug Weir and Stavros Pantazopoulos from CEOBS. Wim Zwijnenburg, project leader on Humanitarian Disarmament at PAX and contributor to Bellingcat in a previous post, demonstrated how publicly available, remotely collected digital environmental data can be used to reduce environmental damage in conflict.

National environmental NGOs are valuable for ensuring local expertise on risks and possibilities. In Finland, it would be logical to work with The Finnish Association for Nature Conservation, the largest non-governmental organization for environmental protection in Finland. Also relevant would be the expertise of WWF Finland, which together with the Finnish Red Cross is involved in an international OIL SPILL -project, that seeks to strengthen oil spill response capability in the Baltic Sea Region at the levels of key responsible ministries, operative competent authorities, key NGOs, relevant universities and the petrochemical industry. This work is directly relevant for prevention of and possible response to oil spills resulting from and during an armed conflict.

Those working to identify and prioritize domestic measures of implementation would hugely benefit from connecting with the expertise and experience of the aforementioned actors, despite the fact that some have surely never before been involved in the domestic implementation of IHL/international law. In addition to local environmental expertise, national actors will be knowledgeable as to the national interlocutors and measures that can most effectively enhance the protection of the environment in Finland.

It is not efficient to reinvent the wheel. Familiarize yourself and utilize the experience of other States. Recycle domestic implementation measures that have proven effective elsewhere. Domestically, as was noted, those responsible for IHL implementation could learn a lot from those responsible for mainstreaming environmental issues within public authorities and the armed forces.

For the Finnish Red Cross, the 33rd International Conference presented an occasion to crystalize our intentions through a pledge made together with the Finnish government. Such occasions create opportunities. A related source of momentum is the Climate and Environment Charter for Humanitarian Organisations, recently adopted by the ICRC and the International Federation of Red Cross and Red Crescent Societies, and already signed by the Finnish Red Cross and over seventy humanitarian organizations. Commitment 6 of the Charter calls on signatories to ‘step up our efforts to promote improved implementation of relevant international and national laws, standards, policies and plans for stronger climate action and environmental protection’. This commitment can help frame the objectives of National Society legal advisors working on IHL.

The ICRC has adopted a set of three organizational targets under the Charter, including one to strengthen awareness, understanding and implementation of IHL protecting the environment – National Societies could do similarly. The ILC’s ongoing work on their Draft Principles on the Protection of the Environment in Relation to Armed Conflicts is another initiative currently prompting engagement from States. Suffice to say, the time is now to step up our work on climate and the environment.

Political and good will to ensure the aims of IHL are key to better domestic implementation. As was noted in the ICRC’s 2019 IHL and the challenges of contemporary armed conflicts -report to the International Conference, the single most important challenge to IHL has been and remains to be a lack of respect for it. The ICRC has emphasized this in each of its Challenges reports since 2003. Much can be achieved when action is taken in the spirit of better domestic implementation. This entails a true commitment to try to maximize the impact of IHL, rather than to meet a minimum legal threshold. A wish to enhance the fundamental aim of IHL – to limit suffering and damage caused by war as much as possible – should always be a driving force when disseminating and implementing IHL. This also needs to apply to the protection of the environment in war.