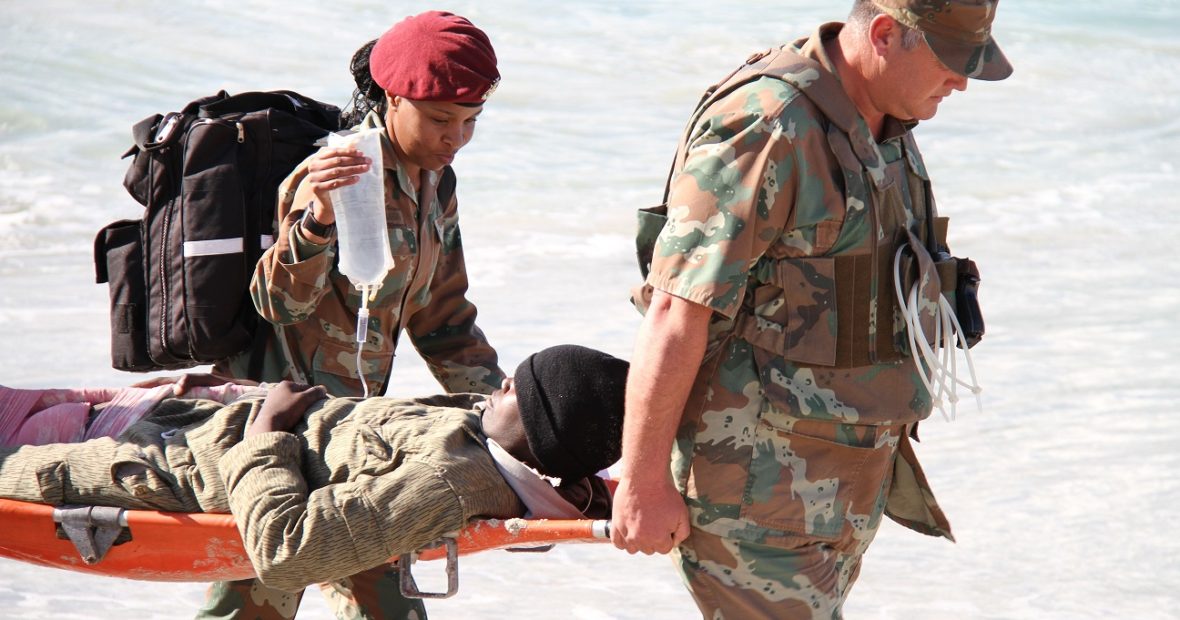 While a woman’s experience in a prisoners of war (POW) camp may not differ drastically from men in all cases, the Third Geneva Convention (GCIII) operates to ensure equal treatment in a number of ways where experiences do diverge. In this post – part of the 16 days of activism against gender-based violence, as well as the ‘GCIII Commentary’ blog series marking the ICRC’s updated Commentary on the Third Geneva Convention – ICRC legal advisors Heleen Hiemstra and Vanessa Murphy outline GCIII’s relevance for captured women in 21st century international armed conflicts.
ICRC Humanitarian Law & Policy Blog · GCIII Commentary: I’m a woman and a POW in a pandemic. What does GClll mean for me?

Say you’re one of twenty women fighting on the front lines of an international armed conflict. Along with a couple hundred other combatants, you’ve been captured. The women’s dormitories in the prisoners of war (POW) camp are separated from the men’s by about 500 metres. You’re supervised by a woman guard who has zero interest in overseeing the dorm; you still have to pester her for sanitary pads every month.

You’ve been in the camp for almost a year now, and one of the women is pregnant. Then COVID-19 hits. The only camp doctor with some gynaecological experience contracted the virus so they are off the roster. Due to COVID-related restriction measures on movement, the women’s accommodation is locked down and, in part because of the separation of the women and men’s dormitories, your access to news and resources is usually delayed; camp officials can’t be bothered to deliver information in person and the speaker in your dormitory is broken (again). What does the Third Geneva Convention (GCIII) mean for you?

GCIII’s potential significance for the protection of women’s rights in conflict has already been explored in this blog series: O’Rourke has written on advancements in the updated Commentary to GCIII’s approach to gendered assumptions, norms, harm and specificity. These progressions were badly needed, as elements of the original 1960 Commentary on GCIII do not meet today’s international legal standards related to gender-based discrimination. A particularly eye-watering (and elsewhere well-critiqued) example is the original Commentary’s statement that the ‘regard’ that was due to women in Article 14(2) must take into account three considerations: their ‘weakness’, ‘honour and modesty’, and ‘pregnancy and child-birth’. It also referred to women as ‘the weaker sex’. By contrast, the updated Commentary makes clear that in light of a deeper understanding that women, men, girls and boys may have specific needs, capacities and perspectives linked to the different ways armed conflict and detention may affect them, the specific mention of women in Article 14(2) and other places in GCIII is not to be understood as implying that women have less resilience, agency or capacity (para. 1682).

Gender and equal treatment in GCIII

From this point of departure then, back to the POW camp. What does the updated Commentary on GCIII mean for women who may become POWs in contemporary international armed conflicts?

The general principle of equal treatment

Laying out the general principle of equal treatment, Article 16 requires that all prisoners of war ‘be treated alike’. This does not mean that all prisoners must receive identical treatment; on the contrary, to achieve equal treatment, non-adverse distinctions, i.e. distinctions that are justified by the substantively different situations and needs of protected persons, are allowed and sometimes required (paras 1742 – 1743). To the extent that the situation and needs of women prisoners of war are different from those of men prisoners of war, they must in fact receive different treatment to ensure that women and men prisoners of war are protected in equal measure. Article 16 of GCIII therefore offers crucial protection, particularly as it prohibits discrimination based on criteria including race and religion, which intersect with gender to determine the experiences of POWs.

To operationalize the obligation of equal treatment laid down in Article 16, a number of general provisions of GCIII may have gender-distinct applications, depending on the context. For example, on Article 79, the Commentary highlights that each prisoner representative must take into account the particular needs and further the well-being of all prisoners of war – men and women – and that it is the practice of some States to enable women prisoners of war to elect a woman representative as well, who would be authorized to communicate directly with the senior women among the camp staff. The Detaining Power may wish to consider introducing the practice of a woman prisoners’ representative (para. 3468).

Another example is Article 26, which requires the Detaining Power to provide food that will keep the prisoners of war in good health. To achieve this, food rations for certain prisoners of war may need to be adapted to their individual circumstances, for example, to keep women who are pregnant or lactating in good health (para. 2113). Similarly, the commentary on Art. 27, which addresses clothing, specifies that clothing must be adapted to a POW’s gender (para. 2151). In these cases, the non-adverse distinction, namely the provision of different food or clothing, in the application of a seemingly general provision is required in order to comply with Article 16’s requirement of equal treatment (para. 1748), as well as Article 14(2) on due regard for women (para. 1687).

GCIII also contains several provisions that specifically address women prisoners. These provisions work together to take into consideration the distinct needs of women prisoners of war, and the particular risks they may face during their period of internment. These needs and risks may be physical or physiological, but may also stem from social, economic, cultural and political structures in a society (para. 1747).

The key, overarching specific provision governing the treatment of women is Article 14(2), which requires that they be treated with ‘all the regard due to their sex and shall in all cases benefit by treatment as favourable as that granted to men’. This requires Parties to the conflict to take into account the distinct needs and risks facing women prisoners of war during their internment, for example in relation to privacy, safety and medical care (para. 1683); the other specific provisions given below are elaborations of this requirement (paras 1686-1687). The Detaining Power is therefore – to provide one important example – obliged to ensure that the medical services available to female prisoners of war are adequately equipped to address women’s specific health issues, including gynaecological and reproductive health issues (para. 1685, see also para. 2230). This encompasses adequate antenatal and postnatal treatment for expectant mothers and mothers of newborns (para. 1747 fn 13). Article 14(2) is additional to the general obligation to ensure equality of treatment for all prisoners of war contained in Article 16, but its function affirms the same requirement of substantive (rather than formal) equal treatment of women who are members of the armed forces during captivity (paras 1689-1691, 1748).

GCIII contains other specific provisions for women. It specifies that women must have separate sleeping quarters (Article 25), separate hygiene facilities (Article 29), and receive punishments (when relevant) no more severe than a member of the armed forces of the Detaining Power would receive for a similar offence (Article 88), a significant provision in cases where women could face penalization for transgressing gender norms that run against women in combat roles (para 3731). Women offenders or those who have committed disciplinary infractions are also entitled to separate quarters, under the supervision of women (Arts. 97, 108). When a Detaining Power utilizes the labour of POWs, it must consider the physical fitness of prisoners, taking into account, among other things, their sex (Art. 49). Pregnant POWs and mothers with infants and small children may be transferred to and accommodated in neutral countries if that would be in their interest and they could get better care. When it is impossible to accommodate pregnant POWs in a neutral country, they must be repatriated (Art. 110, Annex I, A.3.F, Annex I, B.7).

Particularly important given the horrific incidence of sexual violence in places of detention (and increases worldwide associated with pandemic lockdowns), GCIII protects all POWs from sexual violence, including women POWs who may be at greater risk than men. Sexual violence is prohibited by Article 14(1) of GCIII. This article provides that prisoners of war are in all circumstances entitled to ‘respect for their persons and their honour’, and para. 1664 of the Commentary, which affirms this prohibition of sexual violence, locates this as a violation of ‘respect for persons’ rather than ‘honour’, cognizant of the harm perpetuated by gendered notions of the latter. Sexual violence against all POWs is also prohibited by the obligation of humane treatment and the prohibition of acts of violence contained in Article 13(1) and (2) (para. 1578).

Dispatch to camp: notes for a camp director

These provisions and corresponding Commentaries potentially mean a lot for the hypothetical women in the COVID-affected camp scenario. While the dormitories are separate from men’s (in compliance with Article 25), women may not be disadvantaged and isolated by the operationalization of this separation (para. 2100). Reduced access to camp news and resources for women due to their spatial separation would amount to a violation of Article 16’s equal treatment requirement. And under Article 14(2) and Article 29, women must be provided with sufficient and suitable sanitary products (para. 1687, para. 2223); this can’t be an afterthought.

A particularly important gendered issue that the Commentary addresses in this scenario relates to the provision of and access to medical care. All prisoners of war are entitled to ‘the medical attention required by their state of health’. This encompasses the provision of primary health care, which for women includes gynaecological services (para. 2230). An infirmary must therefore have the medical capacity to address the medical care required by the state of the health of women, including pregnant women and mothers of newborns, and in the best case, there would be a permanent presence of women medical personnel in the camp to accommodate women prisoners of war who wish to be treated by women (paras 2230 and para. 2792).

As illustrated in the scenario, this obligation to provide gynaecological services is placed at heightened risk of violation by the pandemic: UNICEF and Plan International have reported that due to COVID-19, resources have been directed away from sexual and reproductive health services; UNFPA reports that life-saving medicines for maternal health and contraceptives are less readily available due to closure of production sites and breakdown of supply chains. The result of reduced access to the required medical care while pregnant can be fatal: recent studies have indicated a significant rise in the proportion of pregnancies ending in stillbirths during the pandemic, and scholarship in the European Journal of Midwifery has cautioned that women who inadequately utilize antenatal services are twice as likely to be at risk for maternal morbidity.

This evidence points to a likelihood that in today’s pandemic, a POW camp director may have found themselves struggling to provide medical care required by women POWs. But as Macak explains in greater detail, a material inability to comply with a positive obligation (such as medical care provision) on behalf of the Detaining Power (e.g. where the only doctor with gynaecological expertise is unavailable because of COVID) does not excuse a failure to comply. The Detaining Power must put an end to the violation by, if at all possible, reallocating resources, and if that cannot be done, taking a range of alternative appropriate measures (para. 114).

In short – pandemic or no pandemic, resource scarcity or otherwise – the obligations remain to treat women prisoners of war humanely at all times, to provide women POWs with the medical care required by their state of health, and to ensure equal treatment between men and women prisoners of war. The updated Commentary on GCIII, reflecting the developments in law and practice since the drafting of the Convention and the original Pictet Commentary in 1960 and the current understanding of how armed conflict and detention affect women, men, girls and boys differently, provides practical guidance for the women increasingly present in armed forces today. 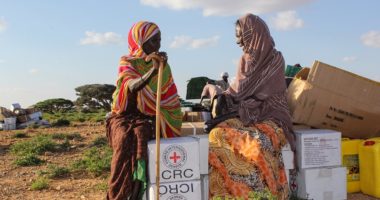 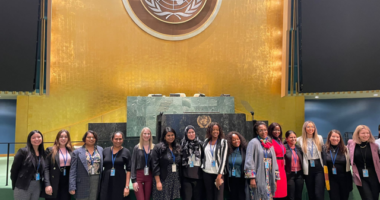