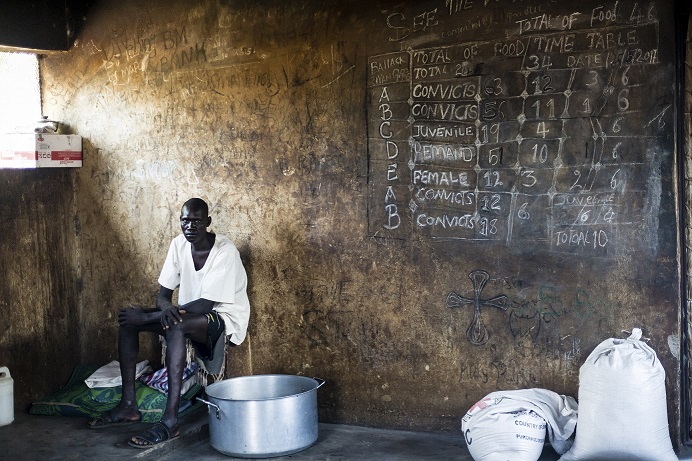 Detainees are among the most vulnerable groups in society, particularly in fragile and conflict-affected regions. How governments treat the people they detain in conflict zones has a marked impact on peacebuilding, conflict prevention and the realization of the Sustainable Development Goals (SDGs). Even so, detention and judicial reforms are amongst the least discussed topics in the ‘triple nexus’ debate. In this post, Colin Walch, ICRC protection delegate based in Bunia, Democratic Republic of the Congo (DRC) argues that a more coherent approach between humanitarian aid, development assistance and peacebuilding mechanisms could improve the situation of detainees in fragile and conflict-affected countries.
ICRC Humanitarian Law & Policy Blog · Deprived of freedom: how detainees in conflict zones could benefit from a ‘triple nexus’ approach

The share of the extreme poor living in contexts of conflict and fragility is projected to rise from less than 20 percent in 2016 to over 50 percent in 2030. In this context, key donors and development agencies are allocating a growing share of their assistance to fragile and conflict contexts. To address the needs of people living in these situations, cooperation between development, humanitarian and peace actors is encouraged by donors, as it is believed this will maximize impact on the ground. The idea of such a ‘triple nexus’ approach is based on the observation that conflicts have become too protracted and complex to be tackled effectively by one set of actors. More coherent and integrated efforts among development, humanitarian and peace actors is therefore required.

Despite these calls and moves toward greater coherence, principled humanitarian organizations fear that their core principles of impartiality, neutrality and independence may be compromised if they are to work more closely with peacekeeping or development actors who are mandated to strengthen the state. It is feared that this in turn could reduce humanitarian actors’ access to some areas controlled by non-state armed groups. In the case of detention, this would limit access to detainees behind front lines, while access to the entire country is essential for the full protection of detainees. Another critique is that many of the reports already written so far on the triple nexus provide non-specific guidelines that are not directly useful in the daily realities of the field – an example being that they do not integrate or build on each organization’s mandate or comparative advantage.

There is therefore a need for realism around the feasibility of a nexus approach. Some situations are more conducive to such an approach than others. As a starting point, the nexus can be understood as a ‘pool of actors of influence, expertise and interlocutors – beyond the humanitarian sphere – which we can leverage to build sustainable humanitarian impact for people affected by armed conflict and violence’. Prolonged armed conflict and recurrent institutional fragility are situations where a nexus approach is most needed, particularly around detention.

Detention in fragile and conflict-affected situations

The International Committee of the Red Cross (ICRC) is the oldest international mechanism in effect for monitoring detention conditions. The ICRC’s first activities on behalf of detainees took place during the Franco-Prussian War of 1870, during which time the organization helped detainees to keep in touch with their families. Today, the ICRC visits detainees in international and non-international conflicts and in other situations of violence to secure their humane treatment and conditions, regardless of the reasons for their arrest and detention, and seeks to alleviate the suffering of their families by restoring communication with relatives.

Because the authorities bear the primary responsibility to provide for the vital needs of the people they have detained and to guarantee that they are treated humanely, the ICRC plays an important role in making the relevant authorities aware of their responsibilities, providing them with technical advice to this end. Nonetheless, efforts to promote a sense of responsibility can only work if there is sufficient political will and adequate resources.

In many places affected by protracted conflict and fragility, poor conditions of detention are often an issue of lack of resources rather than political ill-will. The material conditions of detention become so catastrophic that, all too often, detainees die due to lack of medical care or food. In some conflict zones, we often see a constant arrival of new detainees, exacerbating overcrowding and worsening the conditions of detention. Armed conflicts also have devastating economic effects, and budgets are often diverted towards war efforts. All of this leaves prisons without the economic or human resources required to adequately care for detainees.

Under these conditions, the ICRC may decide, with the authorities’ agreement, to provide food and water to detainees as well as medical care for the entire prison. Although such action poses a risk of creating dependency – of which the ICRC is mindful –  the nature of protracted crises and a lack of government resources leave few alternatives to substitution in order to alleviate the suffering of detainees.

Detention and the triple nexus

While substitution is often the only alternative in situations where the government lacks resources or does not prioritize them for detention, this is not sustainable in the long run as it does not address the roots of the problems. The ICRC takes a comprehen­sive view by recommending measures to reduce systemic issues, but it does not have the capacity, or the mandate, to directly restructure or finance state institutions in charge of detention. Such steps would affect its neutrality and impartiality in the conflict. This is precisely where a triple nexus approach towards detention could have a positive impact.

Partnering with actors that more directly work with or finance governments could help to address the root causes of judicial and detention failures. Key institutions involved in detention, such as the ministry of justice, the ministry of finance and prison administration (if they already exist), could be better supported through a nexus approach. The ICRC, through its mandate and diverse experience in detention, can mobilize development and peace actors to play a more active role in detention, understand the existing humanitarian protection and assistance problems, and develop reform policies that include measures to address and prevent these problems.

While the welfare of detainees is rarely specifically mentioned in discussions on the triple nexus, it does have an important impact on peace and development. Fair treatment of detainees and a functioning judicial system is crucial for reducing grievances that fuel armed conflict. It is equally important for reconciliation and sustaining peace. Humanitarian, development and peace actors may all work at different scales and with different tools, but they are all part of an ecosystem of actors of influence and expertise. After all, detention is part of the SDG 16 on peace, justice and strong institutions, and it is implicit in many other SDGs.

Development and peace actors can promote relatively simple measures to streamline the jurisdiction of courts so they can process files faster by improving, among other things, the judiciary’s information systems and process. In many countries, detainees stay incarcerated too long before receiving a fair trial because of a dysfunctional judiciary. In this sense, technical assistance to reduce the disconnect between those who arrest, those who impart justice and those who manage prisons would equally be needed.

While these potential measures are directly related to the judiciary, development actors are well equipped to sponsor income-generating and rehabilitation programs for detainees to help their reinsertion into society once released. This would also serve as an opportunity for detainees to provide for their families from the prison, improving their self-esteem and the economic conditions of their household. By creating meaningful employment opportunities for at-risk youth and promoting large scale labor-intensive programs in conflict zones, development actors can help prevent crime and potential recruitment into armed groups.

Conclusion: no room for exclusivity

Humanitarian action, development and peace are inextricably linked, and development actors increasingly engage across both ‘sectors’ with aspirations for promoting change and reform. Tailoring programming to specific conflict contexts and building on each organization’s mandate and expertise can lead to innovative and more comprehensive approaches that have the potential to provide long-term assistance and protection to the most vulnerable people in situations of conflict.

A triple nexus approach to detention should be encouraged in countries that show a genuine desire to improve the humanitarian situation of their detainees but that do not have the resources or the institutional capacity to do so. A nexus approach regarding detention is particularly useful for countries affected by decades of armed conflict and recurrent fragility, for example in the Central African Republic, Democratic Republic of the Congo, and South Sudan. It is in contexts such as these that a more comprehensive approach will have the greatest impact.

The growing share of extreme poverty in fragile and conflict situations and the likely reduction of aid budgets following the COVID-19 crisis is sure to expedite more comprehensive approaches and the pooling of resources, leading eventually to a renewed humanitarian, development, peace and even finance nexus. In this context, reflecting upon the articulation between humanitarian, development and peace actors is essential, particularly in fragile and conflict situations where the needs are too great to be tackled by one set of actors only. To alleviate the suffering of the detainees and protect their rights, there is simply no room for dogmatism or exclusivity. 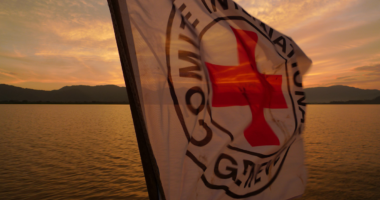