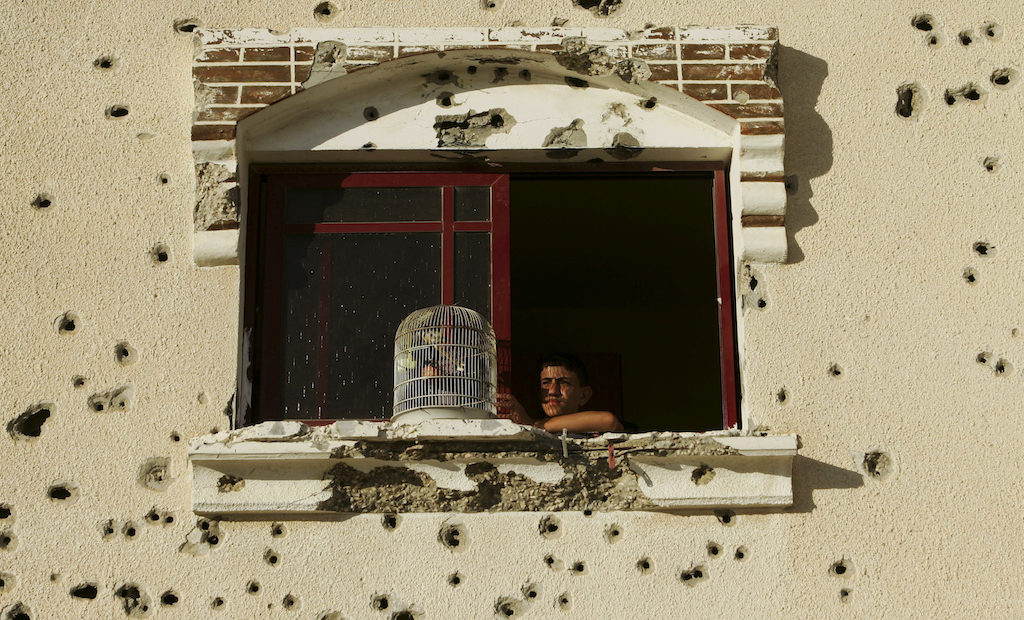 The decades-old discussion on the ‘humanitarian-development nexus’ is again in full swing. At the beginning, it focused on aid effectiveness, handover and sustainability. Today, it is about joint action towards shared goals—using the UN Sustainable Development Goals (SDGs), conflict prevention and sustaining peace agendas as key reference points. The weight and influence of development policy and development actors over the ‘nexus’ discussion is very strong. But a nexus that works needs to have a solid humanitarian component. First because without neutral, independent and impartial humanitarian action many people and places will be left out of reach, behind military frontlines and political fault lines—blind spots. Second, because the respect for international humanitarian law (IHL) in the conduct of hostilities is a missing piece of nexus discussions. The way wars are fought can impact the extent to which development dividends may come from the achievements of humanitarian action. The choices the parties make in the conduct of hostilities can minimize or exacerbate destruction. This, in turn, affects infrastructure, services, systems and the lives of people now and in the future.

Years ago, I worked for a development agency in a war zone. Later I consulted for a ‘transitional aid’ program in a country that was emerging from a long conflict and on the verge of entering a new one. Humanitarian action and development considerations created very real dilemmas in those situations: who does what, who gets what first, who decides and why? Then, like now, the humanitarian-development ‘nexus’ was challenging, polarizing and exhausting. And it always, always, comes back.

There are three elements that I find intriguing in today’s version of the ‘nexus’ discussion.

First, efforts to assert and preserve a humanitarian identity within (or against) the ‘nexus’ tend to portray humanitarian action solely as basic emergency life-saving relief. Yet, in fact, humanitarian action is often required over decades and often addresses needs that go beyond people’s immediate physical survival.

Second, in spite of new terminology (‘nexus’ and not ‘continuum’), the humanitarian-development ‘nexus’ is still often conceived as a pathway towards development, and ultimately towards peace. A typical approach to the nexus is therefore development-oriented and development-dominated. Yet, in fact, in conflict-affected areas where the ‘nexus’ is most at play it is a humanitarian mode of action—neutral, impartial and independent—which dominates. Because in those contexts, people’s urgent and essential needs have to be addressed independently from political and military dynamics at play. And, because very often, there are no development actors present. In other words, the space for humanitarian action is (should be) at the core of the humanitarian-development nexus.

Identity, humanitarian space and responsibility. These are key issues that we try to flesh out at the ICRC today, as we reflect on a humanitarian-development nexus that ‘works’. A nexus that works for the people who need protection and assistance on the ground, not only for the institutions involved.

What is it that gives an action its humanitarian identity?

Reflecting on the humanitarian-development nexus at the ICRC, I found that timeframe of action (short vs long term) and type of activity (e.g. water trucking vs rehabilitation of water treatment plant) are not helpful criteria for distinguishing between what is development and what is humanitarian. Perhaps surprisingly, neither is the element of working with the State.

When the ICRC worked to reduce rates of mortality and morbidity by providing safe access to water and sanitation in urban areas in the Gaza Strip or in Iraq, it did so by rehabilitating water treatment plants and power plants that were integrated in public systems managed by local and national authorities. Water trucking and generators were emergency measures that addressed immediate needs and were phased out once the rehabilitation work was completed. This humanitarian response involved a mid to long term plan and a comprehensive focus on urban services.

An activity like food distribution, for the ICRC, is one among many other actions that fall under an umbrella of economic security, which we define as ‘the ability of individuals, households or communities to cover their essential needs sustainably and with dignity’—it has a clear short and long term horizon.

The more reliable and accurate identity markers of humanitarian action are rather: purpose and modus operandi.

The purpose of humanitarian action is to save lives, minimize suffering and protect the dignity of people. Arguably, that is also a development aim. The SDGs are a good illustration of that common ambition: we all want to ensure people do not live in poverty, that they have adequate and sufficient food and resilient food systems, and that they have access to healthcare, to water and sanitation, to resilient urban infrastructure, to a safe learning environment. We all want to reduce conflict-related deaths and to mitigate the effects of climate change on people’s lives and livelihoods. In contexts affected by conflict and disasters, many SDGs actually translate into humanitarian needs which humanitarian actors respond to on a daily basis.

Development, on the other hand, not only has the primary purpose of addressing the needs of people, but it also (and legitimately so) aims to strengthen the State and its institutions. Development, including post-conflict reconstruction, gives effect to a political project for a country. There are situations where the two purposes—addressing the needs of people and the State’s political project—might not be quite aligned. For instance, when development processes are too slow and needs too urgent. Or, if development priorities and actors are contested. Or, if needs are found in areas that lie effectively outside the control of the State.

It is precisely in that space—where the needs of people and the priorities or capacity of the State are not entirely aligned—that humanitarian action is necessary. Humanitarian action is necessary because it is through a humanitarian modus operandi that the most essential needs can be assessed and addressed impartially, without regard to nationality, race, religious or political views of individuals and independently from any military or political dynamics that may be at play. Without this, lives can be lost and entire communities and places can be left in need or out of reach.

Operationally, the humanitarian space means that it is an impartial and independent assessment of needs—not a development plan—that determines what needs to be done. Humanitarian action may in some cases de facto fit in a development plan, but it is not determined by it. Importantly, humanitarian actors will prioritize addressing humanitarian needs even if the potential development dividends appear slim. From a humanitarian perspective, investing in a hospital that risks being damaged by fighting is still worth it: measures can be taken to reduce risks to the facility and meanwhile hundreds of lives can be saved.

Politically, the humanitarian space is the ability for humanitarian actors to maintain their neutrality throughout cycles of conflict and peace—now and in the future. This is not an easy task. It implies a projection into the future where power dynamics not yet known can come into play. A striking example is the role of the ICRC in post-9/11 Afghanistan. Pressured to direct aid to what the international community saw as the ‘good guys’ and caught between Western and anti-Western narratives and perceptions, the ICRC persevered in its neutrality. It continued to address needs on all sides. When the time came for polio immunization campaigns—a critical public health measure—the ICRC was in a position to help broker safe passage for Ministry health workers in Taliban-held areas, thanks to the trust it had established with communities, Shuras and members of the armed opposition. Without this neutral intermediary role, those areas might have become a blind spot (and a risk) in Afghanistan’s polio prevention and eradication map.

Humanitarian action may help minimize further development reversals in conflict-affected areas, and help to secure what the ICRC has called ‘development holds’. But the extent to which an actual development gain can ensue, can also depend on how wars are fought. That is the responsibility of those who fight the wars and those who support them.

Respecting the rules of IHL that regulate the conduct of hostilities is critical for minimizing harm to civilians, for reducing the destruction of infrastructure and for the continuity of essential services. Respect for IHL is paramount from a humanitarian perspective, but it is also critical from a development perspective insofar as it minimizes the setbacks posed by armed conflicts.

In the case of urban warfare, for instance, indiscriminate damage to urban infrastructure limits what humanitarian actors can do to keep urban services functional over time. Sometimes infrastructure becomes irreparable. Water and electricity systems in cities are particularly vulnerable to the effects of explosive weapons because they are so interconnected. Damage to one part can shut down an entire system, affecting millions of people in the short and long-term. In addition to the immediate humanitarian consequences, any potential ‘development dividend’ that could come from safeguarding the integrity of essential urban infrastructure is also lost. Avoiding the use of explosive weapons with wide area impact in densely populated areas is therefore an important measure that can help ensure the continuity of urban services and safeguard critical public infrastructure.

So, what is a humanitarian-development nexus that works?

A ‘nexus that works’ is first and foremost a scenario where there are no gaps, no blind spots. Where there is space for a humanitarian response to urgent needs and to the needs of those who are—for political or other reasons—out of reach or left out. There may be contexts where humanitarian and development operational models will co-exist and complement each other, so that ultimately, country-wide, all needs are addressed, and no one is left behind. This complementarity is particularly valuable for humanitarian actors as they navigate the practical challenges of impartiality, for instance when they need to scale down activities in certain places and scale them up in others where needs are higher. In this co-existence, it is important for development actors (donors or authorities) to understand and value the comparative advantage of the humanitarian operational model as described above. This means understanding that humanitarian actors may be able to join up with development actors in some situations, but in others they may not.

A ‘nexus that works’ is also a scenario where humanitarian aid is not only delivered, but where the benefits it brings to people are also protected and safeguarded. Decisions in relation to the conduct of hostilities and the respect for IHL are an essential (and so far missing) piece of the humanitarian-development ‘nexus’. These decisions can create or minimize humanitarian needs, and enable or hamper the continuity and integrity of essential public services and systems, including those being supported through humanitarian action. This comes with immediate and long term consequences for both people and country. States (and donors) must, in the first place, use their influence already during conflict—not just afterwards—to avoid causing humanitarian emergencies and to limit development setbacks. In this way, they might well impact the extent to which a development dividend can also be drawn from humanitarian action.