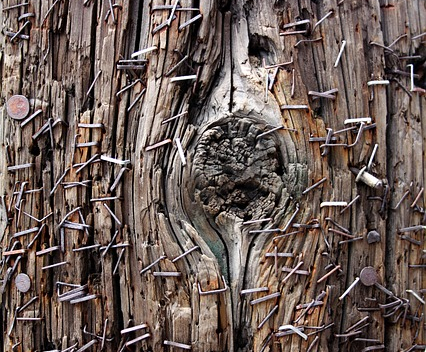 The ICRC’s position on torture is clear: torture and other forms of cruel, inhuman, degrading or humiliating treatment are banned under international law. Unfortunately, the use of torture is a topic that seems to appear in the media on a terrifyingly frequent basis. Each time, those advocating for the use of torture and other ill-treatment claim they are justified in doing so by some extenuating circumstance, often an existential threat.

The International Review of the Red Cross has addressed the issue many times over the years, in particular in the years following the September 11 attacks. Many of these articles have stood the test of time, and may be particularly relevant to readers interested in international law related to torture.

In 1998 Walter Kalin wrote a history of the struggle against torture up to that date, the pinnacle of which was the 1984 Convention Against Torture. In light of the measures, described by Kalin, that had been undertaken by the international community since the Second World War, it seems inevitable that the practice of torture, however endemic in the past, would, with time, inevitably be stamped out. Unfortunately, that was not the case. Torture continued to be used by countries throughout the world, despite its unequivocal prohibition under international law and, in the vast majority of cases, domestic law.

In 2005, Herbert C. Kelman analyzed the context behind torture as a policy, attributing individual crimes of torture upwards in the hierarchy due to the creation of an atmosphere conducive to those acts. Silvia Borelli highlighted the specific vulnerabilities of detainees held abroad in connection with the “war on terror”.

Although at the time States felt they were facing a unique threat, historians drew parallels to past situations. Raphaëlle Branche examined the French use of torture in Algeria 1954-1962 in the Review, which was similarly justified on the grounds of combatting a terrorist threat.

In 2007 the Review dedicated an entire edition to Torture. Everything seemed to have changed in the post-9/11 world, as States resorted to narrow interpretations of torture that “would render [the prohibition of torture] virtually meaningless”. In that edition, Cordula Droege gave a detailed explanation of the prohibition of torture under international humanitarian law (IHL), which is found in the minimum guarantees in Common Article 3 and elsewhere in the Geneva Conventions. James Ross from Human Rights Watch detailed the legal justifications used by the Bush administration to justify harsh interrogation practices, namely in limiting the definitions of torture and cruel, inhuman and degrading treatment. Ross pointed out that US courts and Congress undermined those legal manoeuvres, adopting prohibitions of torture and other ill treatment that approached international standards.

In that same issue, Dr Hernan Reyes emphasized that psychological distress can also amount to torture via complex methods including solitary confinement and prolonged sleep deprivation, among others. Importantly, Dr Marcelo Vinar reflected on the way that torture affects the society that employs it, concluding that the marks on the collective memory of the community last long after the practice has ceased. On a similar note, last year Terry Waite reflected on the strain torture and ill-treatment places on both victims and families in an interview for this blog.

Brad Gutierez, Sarah DeCristofaro and Michael Woods outlined how most Americans viewed IHL in their 2011 article. IHL, often referred to in the US as the law of armed conflict, has long been an important part of US domestic law. Indeed, the US played an important role in the codification of the rules governing the conduct of hostilities, going back to the “Instructions for the government of armies of the United States in the field” (the Lieber Code) which was disseminated to the Union Army by President Lincoln during the US Civil War.

Despite this, many surveyed by the American Red Cross in 2011 were unfamiliar with the rules embodied in the Geneva Conventions, and at the time 51% of those surveyed stated that it was acceptable to torture enemy soldiers. This was recently reiterated by the ICRC’s 2016 People on War report, which found that 46% of Americans surveyed still believed it was acceptable to torture enemy combatants five years later. The 2016 survey also concluded that the vast majority of people surveyed around the world believe that there should be limits in war, with over half of those surveyed living in countries affected by armed conflict believing that the Geneva Conventions prevent wars from getting worse.

In addition to the unequivocal prohibition of torture under international law, there have been many scientific studies showing that torture does not work, and as our colleagues at Intercross reminded us last year, rejecting it is not only what the law requires: it is the right thing to do. Knowing this, we must now look to what must be done to end the practice of torture.

Ellen Policinski is the managing editor of the International Review of the Red Cross.