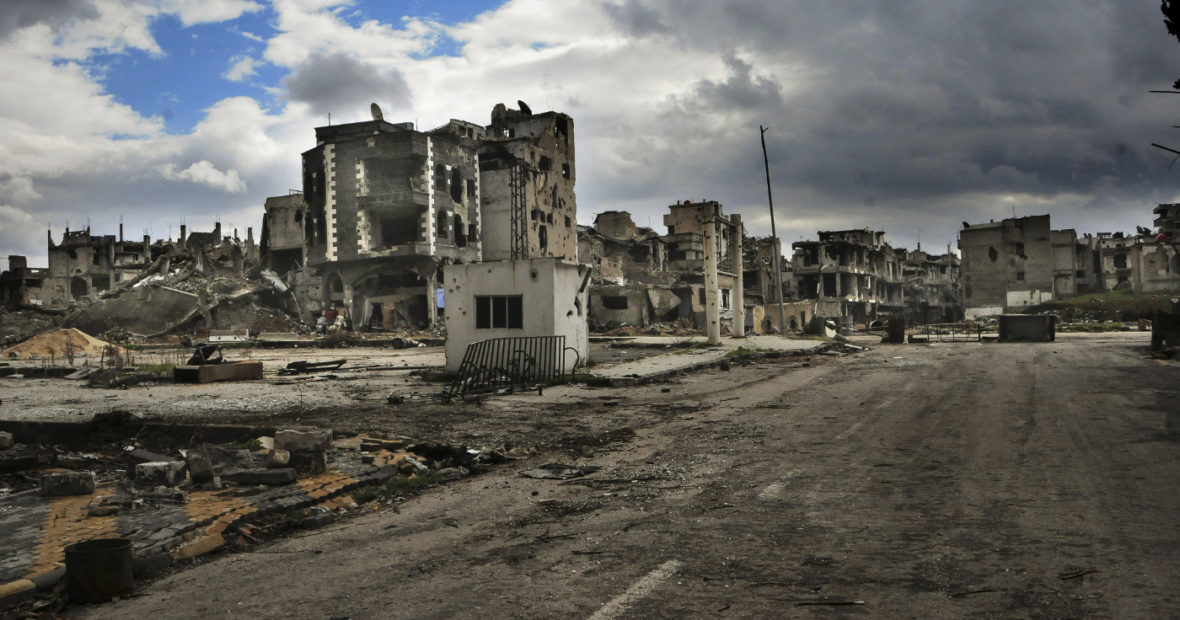 The Conference Cycle on Generating Respect for the Law is a series of high-level public events and expert meetings organized by the ICRC in Geneva and other key locations throughout 2016. It grew out of the recognition that the basic tenets of international humanitarian law (IHL) are being disregarded, as is made clear by a number of ongoing conflicts. The Cycle tackles a broad range of issues concerning the improvement of compliance with the law. This page is being regularly updated with related videos, conference reports, reference documents and more.

Co-organized by the ICRC and the Geneva Academy of International Humanitarian Law and Human Rights, the inaugural conference was also part of the 2015 Advanced Seminar for IHL Lecturers, and acted as the launch of an issue of the International Review of the Red Cross on “Generating respect for the law”.

Building on the previous panel discussion “Responding to sexual violence in conflict: can we do better?”, the ICRC and the Geneva Centre for Education and Research in Humanitarian Action (CERAH) convened a follow-up livestreamed conference aimed at addressing the challenging issue of prevention of conflict-related sexual violence. The event took place on the occasion of the second session of CERAH’s thematic seminar on “Sexual Violence in Conflict Settings and in Emergencies“, and provided an opportunity to feature the recent publication of the International Review of the Red Cross on “Sexual Violence in Armed Conflict“.

Tackling Torture: Who are the torturers?

How can decoding the mechanisms at work in the formation of torturers help tackle the problem of torture? The ICRC sought to find answers by inviting the following experts: psychologist and psychotherapist Françoise Sironi, whose expertise extends to perpetrators of crimes against humanity such as Kaing Guek Eav (alias Duch), director of the S-21 prison during the Khmer Rouge regime; Professor Riccardo Bocco, whose research project “Transnational fields of torture” (with Jonathan Austin) looks at preventive measures that could defuse the external dynamics that converge to create a torturer; and ICRC medical adviser Paul Bouvier, with his wealth of humanitarian experience acquired over many years spent visiting people deprived of their liberty.

International humanitarian law in the Middle East: Successes and challenges

Violations of the law of armed conflict are tearing apart the lives of countless numbers of people in ongoing Middle-Eastern crises. The ICRC convened academics and humanitarian workers in Beirut to find ways to ensure greater respect for the humanitarian and Islamic laws that protect people in war.

Launch of the Updated Commentary on the First Geneva Convention

Since their adoption in 1949, the Geneva Conventions have been put to the test and there have been significant developments in how they are applied and interpreted in practice. In order to trace these developments and provide up-to-date interpretations, the ICRC and a team of experts embarked on a major project to update the Commentaries on the Conventions. The first instalment of this ambitious project is now available: the updated Commentary on the First Convention. This publication addresses a range of important issues such as the scope of the obligation to respect and ensure respect for humanitarian law, the beginning and end of armed conflict and the protection of the wounded and sick, medical facilities and personnel. This livestreamed event offered the Commentaries’ perspective on key humanitarian issues while showing their practical utility in humanitarian operations on the ground.

Access the Updated Commentary on the First Geneva Convention

What have we learnt over the past decades about the dissemination of international humanitarian law (IHL)? And what kind of innovations have the potential to make dissemination efforts more effective in the future? This panel discussion accompanied the 28th edition of the Jean-Pictet Competition.

Is the law of armed conflict in crisis and how to recommit to its respect?

It is often alleged today that widespread violations of IHL contribute to its “erosion”. Indeed, we are often made aware of violations of IHL and tremendous human suffering. Against this background, it is tempting to conclude that IHL is less relevant or no longer relevant at all. And yet, in substance, IHL has grown stronger, not weaker, over the past years. A range of new international treaties have been ratified by States, international courts and tribunals produce judgments on the basis of IHL, States and non-State armed actors have been trained in this body of law, and IHL is integrated into States’ domestic legal orders more than ever before. So what is happening? Is the “erosion of respect for IHL” real or perceived?

The Roots of Behaviour in War revisited

In 2004, the ICRC published a study on the ‘Roots of Behaviour in War’ that strongly influenced the development of new policies and practices in the ICRC aimed at strengthening respect for IHL among soldiers and fighters. The most important shift was from a focus on disseminating knowledge of the law to one of encouraging its integration into the doctrine, training and disciplinary regimes of armed forces and groups. A decade later, an update study is underway to test the continued pertinence of the 2004 findings and recommendations to the array of armed actors with whom the ICRC interacts today.

Solitary confinement: How to preserve humanity in high security settings

Penitentiary authorities around the world have increasingly turned to restrictive detention regimes such as solitary confinement to manage high risk detainees. What are the humanitarian consequences of this treatment in detention and how does it measure up with international law and standards? Held on the occasion of the International Day in Support of Victims of Torture, the event also featured an exclusive interview with Terry Waite, former hostage and humanitarian.

Check out the interview with Terry Waite

In view of the perception that the rules of IHL are increasingly being violated and the absence of effective enforcement mechanisms in IHL, the panel brought together both African and international speakers drawn from the military, government and academia who shared perspectives on mechanisms to promote respect for the law.

The role of humanitarian actors in generating respect for the law

Recurring violations of IHL and lack in compliance mechanisms increase the burden on humanitarians to generate respect for the law, both on the front lines and in the international arena. From 12-16 September the ICRC convened aid workers from across the world and the humanitarian sector, for the 20th ICRC Course on IHL for humanitarian practitioners and policy makers in Naivasha and Nairobi, Kenya.

Most of today’s armed conflicts are characterized by asymmetry between the parties. When faced with opponents who significantly differ in terms of military capacity and resources, how can commanders ensure their military operations remain within the confines of international humanitarian law (IHL)? What does asymmetric warfare mean today and what are the legal challenges – real or perceived – that we face?