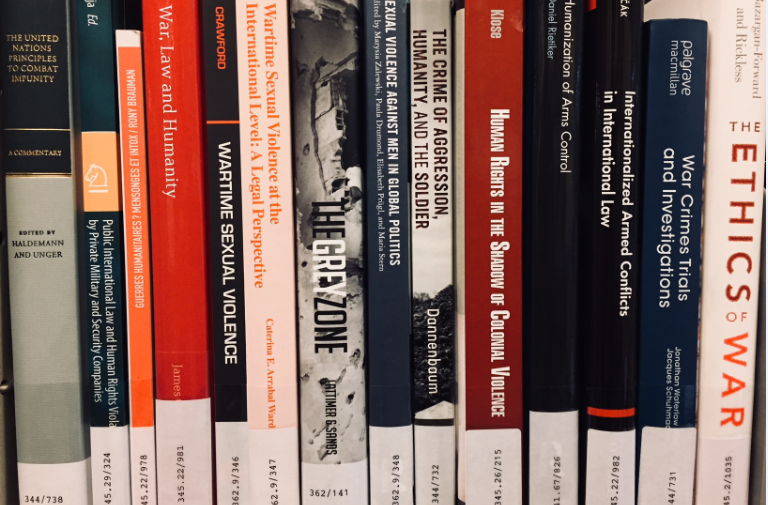 The new IHL Bibliography is out! As usual, it presents references to English and French publications on IHL based on books and articles available at the ICRC Library. Once again, the ICRC librarians highlighted some noteworthy documents.

Do the Geneva Conventions matter? 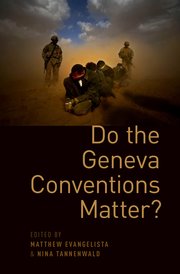 This book addresses the difficult question of the effectiveness of international humanitarian law by looking at case studies across history. From the Vietnam War to contemporary peacekeeping missions and from the conflicts of Yugoslav Secession to the United States’ wars in Iraq and Afghanistan, each author used a different methodology to study compliance with IHL. Based on more than a hundred interviews with senior Russian military officers, Mark Kramer analyses how norms relating to IHL were internalized by political leaders and military personnel, and how it translated into compliance or noncompliance in conflicts in Chechnya (the role of the ICRC in relation with Russia is also scrutinized in the book’s last chapter). Amichai Cohen and Eyal Ben-Ari explore how judicial and international pressures impact the application of IHL by the Israel Defense Forces. Other authors used prosecution statistics to make their case. Overall, this timely piece gives food for thought to those who see IHL as ineffective, a topic that the ICRC has also recently addressed, notably with the online platform IHL in Action: Respect for the Law on the Battlefield. All the book’s chapters and their abstracts are included in the new IHL bibliography.

Traumatic brain injury (TBI) has become the “signature wound” of the conflicts in Iraq and Afghanistan, where the use of improvised explosive devices is very frequent. While purely psychological effects may result from exposure to battle, contemporary research is revealing that concussive force generated by blasts causes physical injury to the brain. Most research on such “invisible” injuries deals primarily with the diagnosis, treatment, and protection of combatants. However, that research is no less applicable to civilians who are exposed to the concussive force of a blast when, for instance, they are in the vicinity of an attack that employs explosive munitions. To date, this type of injury has not been taken into account by armed forces in their application of international humanitarian law norms regarding attacks that affect civilians. In this article, Professor Schmitt and US Army Judge Advocate Highfill first examine the state of the science regarding TBI. They then query whether the understanding of such injuries has reached the point at which commanders in the field are obligated to begin considering, as a matter of international humanitarian law, the risk of inflicting TBI on civilians when they attack enemy forces. In this process, they focus on the rule of proportionality and the requirement to take precautions in attack.

Wartime sexual violence at the international level: a legal perspective

Many publications on conflict-related sexual violence have been recently acquired by the Library. In the above-mentioned book, Caterina E. Arrabal Ward discusses the understanding of wartime sexual violence by the international tribunals and shows that wartime sexual violence often takes place without the explicit purpose to destroy a community and is not necessarily a strategic choice. The author argues that to better protect victims and establish a fairer judicial and investigative system, a clear conceptualization of each and every crime of sexual violence is required. She proposes a gender-neutral Convention able to address all forms of crimes of sexual violence. In Wartime sexual violence: from silence to condemnation of a weapon of war, Kerry F. Crawford shows how the issue has transitioned rapidly from a neglected human rights issue to an unambiguous security concern on the agendas of powerful States and the United Nations Security Council. He analyses States’ response to the issue by using three case studies: the United States’ response to sexual violence in the Democratic Republic of the Congo, the adoption of the UN Security Council Resolution 1820 in 2008, and the development of the United Kingdom’s Preventing Sexual Violence in Conflict Initiative. Finally, Sexual violence against men in global politics addresses a widespread but under-theorized form of violence. One of the reasons that might explain this issue’s lack of visibility is its complicated relationship with sexual violence against women. This book addresses complex questions about the ways these acts of violence might be different, and why and how these differences matter. One chapter focuses on how sexual violence against men is addressed in international criminal jurisprudence. Another one looks at how this issue is framed in Amnesty International and Human Rights Watch reports: sexual violence or torture?