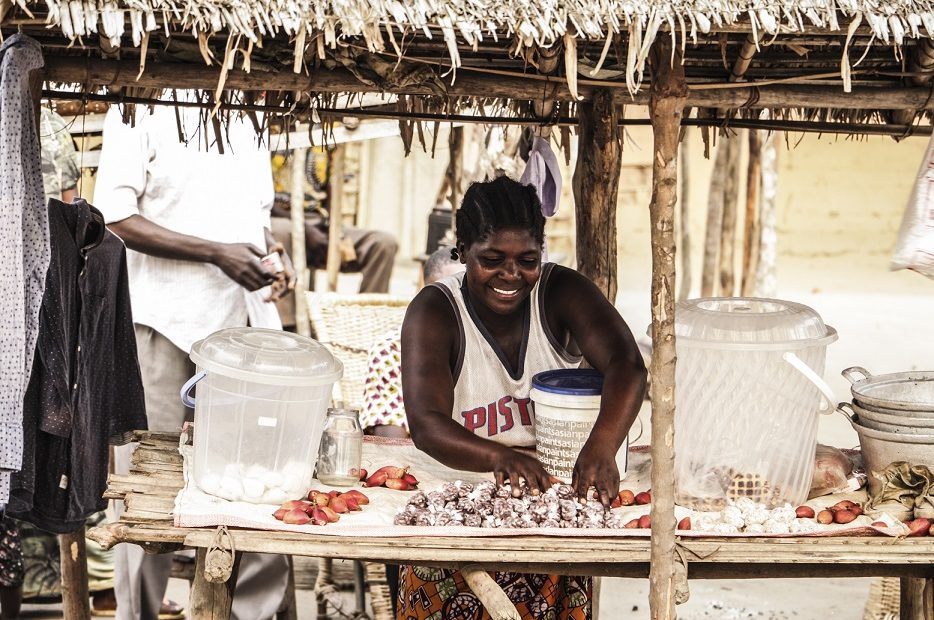 In seemingly a moment, a city can go from being prosperous and peaceful to completely ravaged by war. Depending on how a conflict plays out and how the parties fulfil their IHL obligations before, during or after battle, inhabitants of a city can experience the aftermath of war in very different ways.

In this post, part of the ‘IHL in the Aftermath’ series, ICRC Senior Legal Adviser, Kelisiana Thynne, paints this is cautionary tale, setting the scene for further discussion about the aftermath of conflict and the continuing IHL and other obligations States and parties to a conflict have.

ICRC Humanitarian Law & Policy Blog · ‘It was the best of times;it was the worst of times’:a tale of 2 cities in the aftermath of conflict

In A Tale of Two Cities, published in 1861, Charles Dickens explored the suffering of people living through the French Revolution. To do so, he skilfully utilized the respective backdrops of London, as a safe haven still not immune to suffering, and Paris, the setting for the reign of terror. While apparently a story about two urban centres, it was actually about the people who lived within them.

In fact, the word ‘city’ comes from the Latin word civis, which means ‘townsman’ – the Latin word for a city understood as a place was urbs. So, in its original sense, a ‘city’ is about people. And when we speak about urban warfare today, even when we address the physical damage to the cities themselves, it is actually the suffering of the people living in the cities, directly or indirectly, that concerns us as humanitarians.

In my fictional scenario, I have fabricated two cities: let’s call them Darnay and Carton. At the start of our story, these two cities are very similar. They were both their country’s capital, the main location for industry and finance. They both had a population of around 2.5 million, many of whom worked in these two industries and who were well off and well provided for in terms of services. And both cities had been grappling with COVID-19, with similar vaccination and hospitalisation rates.

Then came the day that both cities came under attack by a non-State armed group – a classic non-international armed conflict. How the non-State armed group behaved, how the State authorities responded, and how third States sent in heavily militarized air and other support are not what we focus on in our tale. Our story is instead concerned with the immediate aftermath of the battle for Darnay and Carton as the cities were retaken by government forces, the close of active hostilities as the troops moved out to reinforce ongoing small pockets of resistance in the rest of the country, and the close of military operations when the countries were at peace again.

When the conflict finally ended, how the parties applied international humanitarian law (or not) during the hostilities had long-term ramifications for the cities and their people. Against the backdrop of two ruined cities, with buildings flattened by heavy explosive weapons, power and communication lines disabled by kinetic and cyber-attacks, and thousands of dead and wounded city dwellers, upon first glance you may say that the stories of Darnay and Carton were the same and will continue to be. When they are indeed seen to diverge in their fates, it will be because their stories had already taken different turns during the conflict itself.

‘…oppression can beget nothing other than itself…’

In the immediate aftermath of the retaking of the city, Darnay authorities instigated their existing grave registration system and enabled government and humanitarian forensics teams to help identify the dead and inform families of the fate of their loved ones.  They had had this registration system in place long before the conflict and were able to activate it immediately.

During the conflict, as civilians left the rebel-controlled city of Darnay to government-controlled areas, some found refuge at camps for internally displaced people (IDPs). These camps were well-managed, and people were screened on arrival and registered. This enabled the authorities to maintain documentation, which in turn facilitated the IDPs’ return to the city in the aftermath. Those who were identified as belonging to the armed group were separated and put in detention with procedural safeguards monitoring the individual security threat. As the conflict died down, some people were identified as no longer posing this security threat, and released and reunited with their families. For people who did not go to IDP camps but were instead displaced with family members, friends or by themselves in different cities, access was more limited to humanitarian services, but many were able to keep their jobs despite paying more rent and generally becoming more disadvantaged. Resettlement into their old homes after the conflict was easier for those who had not become accustomed to the camps.

On the other hand, the streets of Carton were littered with dead bodies for days following armed clashes. The city only had a basic forensics team in the police and no system was in place to maintain their work or support mortuaries during conflict. The stench was unbearable, and the pain of the families even worse.  Civilians moved out of the city during the conflict, many into IDP camps that were set up at the last minute with little organization. There was blanket screening whereby men and boys older than 12 were separated from their wives, family, and mothers. Those who avoided the camps became destitute over time.

Detention facilities in Carton were and continue to be overcrowded and in bad condition. There was no process to assess individual security threats, which would have enabled a faster release of detainees in the aftermath of the conflict. The third States which were supporting the detention facilities withdrew completely and did not put in place any procedural safeguards or monitoring mechanisms. People who were released from detention or IDP camps were subject to stigmatization – unable to get jobs or relevant documentation which would enable them to get pensions and their property back. They were essentially living in limbo.

At the end of the active hostilities, as the troops moved out and a relative peace came to each city, the authorities in Darnay started to rebuild infrastructure. During the conflict, the government had continued to pay the salaries of employees working on essential infrastructure, which enabled basic repairs and continued functioning despite the frequent attacks and outages. In the aftermath, electricity generators were installed where needed, water pumps were fixed, and hospitals were patched up. Schools were slowly reopened, and children’s lives started to normalize. Third States were requested to support these rebuilding projects. Humanitarian organizations were given security assurances to assist with the humanitarian projects. Third States also funded these organizations directly with no restrictions or concerns. Humanitarian demining continued to remove land mines, cluster munitions (here a failure by both sides to comply with IHL during the conflict that must be rectified) and other unexploded remnants of war, so that civilians could return to their homes, workplaces, and fields.

In Carton, essential services were deliberately disrupted during armed conflict and neither the State authorities nor the rebels supported the continued functioning of essential infrastructure: maintenance was not possible, and staff were not paid. The State cracked down on humanitarian organizations and their presence in the city, saying that the conflict is over, and their presence is not required. For the few organizations allowed to remain, such as the ICRC, funding for humanitarian projects was challenging due to sanctions or counter-terrorism laws, which prevented any funding activities that could benefit the unrecognized government in Carton.

During the conflict in Carton, schools were directly attacked or were damaged due to the reverberating effects of explosive weapons. Children across the city and in IDP camps were not able to receive education for many years. In the meantime, the government was failing to rebuild the city – with such few resources, people who were working in the relevant facilities were not paid in a long time or left. Civilians returning to the city had to rebuild their own houses with few resources, limited access to electricity and water and with the additional challenge of unexploded remnants of war threatening their lives and livelihoods.  For hospitals, the lack of electricity and particularly clean water caused even more diseases and problems with caring for the wounded and sick.

‘A multitude of people and yet a solitude’

In Carton, every family lost someone. These absent loved ones were either in detention, IDP camps, abroad, or dead, sometimes with no record. Nothing was in place to support families in finding their loved ones; the authorities appeared to take no responsibility for the missing. Reconciliation between warring parties and civilians who took a political or religious side in the conflict was challenging.

In Darnay, in the aftermath, people are missing too – despite all precautions taken, conflict always results in missing persons. But during the conflict, the Red Cross and Red Crescent Movement was able to activate its restoring family links program. Even outside IDP camps, systems were set up to track displaced civilians. The existing law on the missing was activated and a missing mechanism was established to try and discover the truth of what happened to family members who went missing. Investigations into war crimes and other IHL violations began. To facilitate the peace process, those in the rebel forces were granted amnesties. Those on both sides who were found to have committed war crimes were subject to prosecution. Reparations were made to relevant civilians and reconciliation could proceed.

It is here that our cautionary tale ends. Darnay is being rebuilt, and civilians can start to get on with their lives in the aftermath of the armed conflict there. Meanwhile, Carton remains in ruins; life for civilians who returned or never left is precarious – they are very vulnerable and have little to no support. The discontent and stigmatization refuelled conflict and there has been ongoing and new violence. Darnay, in contrast, enjoys a lasting peace.

War is always disastrous, but with the right mechanisms in place, the application of IHL, additional State, third State and humanitarian support, focus on vulnerable civilians and reconciliation during and after conflict, the continuation of the human suffering is not inevitable in the aftermath.

Let’s hope that in the future, with international law obligations in the aftermath understood, prepared for, planned for and adhered to both during and at the end of conflict, our fictional Carton – and those real cities suffering in the aftermath of conflict – can quell the new hostilities and rebuild as our fictional Darnay has done. To quote Charles Dickens and his prediction for his own fictional Paris, ‘I see a beautiful city and a brilliant people rising from this abyss’.