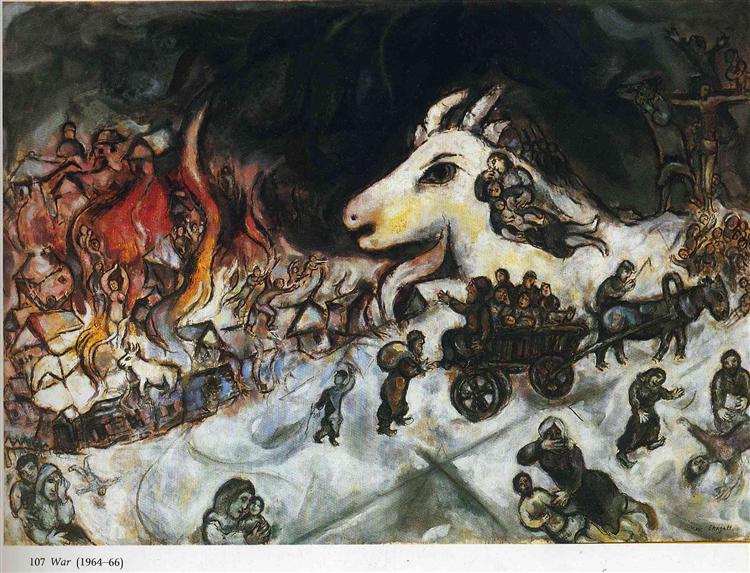 Human shields constitute part of the reality of contemporary armed conflicts, primarily fought in urban contexts. As such, they pose a host of complex legal issues, notably for destabilizing the traditional categorizations of international humanitarian law (IHL).

In this post, part of our special series on urban warfare, Zoi Lafazani, PhD candidate and researcher in international law, describes the current state of affairs within IHL when it comes to human shields and indicates why a legal vocabulary can often be inappropriate and obscure the political dimension of human shielding.

Human shielding, which, under customary law, designates the ‘intentional co-location of military objectives and civilians or persons hors de combat with the specific intent of trying to prevent the targeting of those military objectives’, is far from new. However, two factors in particular account for the fact that it continues to stimulate heated debates in the legal arena and beyond.

First, the urbanization of contemporary battlefields increases the risks for civilians. In this context, the vocabulary of human shielding is often employed for deciphering and/or justifying civilian casualties. Second, human shields unsettle the core conventional binary distinction between civilians and combatants and, thus, put into question key assumptions within international humanitarian law.

Human shields and the obligations of the parties to the conflict

As with most key issues in IHL, this one is primarily addressed in terms of the obligations of parties to the conflict. It is explicitly prohibited by IHL to use prisoners of war (Article 23 of the Third Geneva Convention) and protected persons under the Fourth Geneva Convention (Article 28) as human shields. Additional Protocol I (API) stipulates that neither the civilian population at large nor individual civilians shall ‘be used to render certain points or areas immune from military operations’ (Article 51(7)), while the ICRC has identified the prohibition to use human shields as a customary rule applicable in international and non-international conflicts alike (Rule 97). Further, the Statute of the International Criminal Court criminalizes such use in international armed conflicts (Article 8(2)(b)(xxiii)).

Clear as this prohibition may be, drawing a line between a use of human shields and a lack of passive precautions can be challenging.[1] Their difference lies in the existence of a specific intent to shield a military objective; a subjective element which does not sit well with the aspiration of IHL to objectively determine facts on the ground. Although it has been suggested that such intention is likely to be made ‘apparent’ (5.16.2), this is hardly the case. Hence, as Neve Gordon and Nicola Perugini excellently describe (pages 10, 137), human shielding has often been discursively deployed for shifting the responsibility for an attack and allocating the blame to the defending party.[2]

As far as the obligations of the attacking party are concerned, API provides that they remain undiminished, despite the use of human shields (Article 51(8)). Although, for IHL, shielding per se does not have the effect of removing the shielded object from the circle of legitimate military objectives, the attacking party must still take all feasible precautions for the protection of civilians, including those shielding the attacked object(s) or person(s).

Thorny questions are raised by the principle of proportionality, according to which the attack may be deemed unlawful if ‘expected to cause incidental loss of civilian life, injury to civilians […] excessive in relation to the concrete and direct military advantage anticipated’ (Article 51(5)(b) API). Whether human shields are included in the civilian side of this calculus, and, thus, can potentially render an attack disproportionate, has been discussed as dependent on whether human shielding can ever amount to a direct participation in hostilities, or DPH (Article 51(3) API).

For this assessment, some distinguish between voluntary and involuntary human shields. A second layer of intent is hereby introduced, this time on the level of the individual. The troubling issues of agency that are posed and the difficulty to tell the two categories apart in the ‘fog of war’ are confirmed by the support for a presumption (Dinstein para. 493, Chatham House para. 96, Norwegian Manual page 61) that a human shield is involuntary, unless clearly indicated otherwise.

That involuntary human shields do not directly participate in hostilities seems undeniable. However, it has been suggested (Dinstein para. 495, UK Manual para. 5.22.1) that they should somehow carry less weight than other civilians in the proportionality calculation. Not only is there no legal basis for such a proposition, but also, and importantly, it creates a sliding scale of value between humans, usually perpetuating pre-existing structural hierarchies (for a similar argument from a historical perspective, see e.g. page 22). Besides, it further obscures an already blurry determination.

Whether voluntary human shielding constitutes an act of DPH is more complicated. According to the ICRC, voluntary human shields could potentially be qualified as directly participating in hostilities only when posing a ‘physical’ rather than ‘legal […] obstacle to military operations’. In other words, the mere fact of altering ‘the parameters of the proportionality assessment to the detriment of the attacker, thus increasing the probability that the expected incidental harm would have to be regarded as excessive in relation to the anticipated military advantage’ is insufficient.

By contrast, physically obstructing ground operations (e.g. by giving physical cover to fighting personnel) might entertain this possibility. In my view, even then, voluntary human shields do not fulfill the requisite ‘threshold of harm’ for their conduct to be qualified as DPH. Additionally, the language of DPH seems hardly appropriate for dealing with this ‘nonviolent act of resistance’ (page 2).[3] If voluntary human shields were to be seen as directly participating in hostilities, they would not only be excluded from the proportionality calculation and from precautionary measures to their benefit, but they could also be targeted separately from the shielded objective, for the duration of the act of shielding. Although this possibility is often dismissed (page 61) as a matter of fact, it is an unpalatable consequence of adopting this legal vocabulary for addressing human shielding.

Perhaps then it is time to move beyond a feminized depiction of the civilian (who either ‘stands still’ or partakes in the fighting risking her life) and view the human body as what human shielding indicates it to be: a political site par excellence.

[1] For a discussion on the topic, see Robin Geiss, ‘Human Shields in Populated Areas : When Locating Military Objectives within Populated Areas becomes using Human Shields’, 37th Round Table on current issues of International Humanitarian Law: “Conduct of Hostilities: the Practice, the Law and the Future”, San Remo, 4-6 September 2014, p. 162; Marco Sassoli  contribution to the 2005 Bruges Colloquium on Urban Warfare on the topic: The Obligation to Take Feasible Passive Precautions and the Prohibition of the Use of Human Shields: Can Military Considerations Including Force Protection, Justify Not to Respect Them? , Proceedings of the 16th Bruges Colloquium, 15-16 October 2015, p. 76.

[2] For an insightful review of their book, see ‘The Politics of Humane Violence’. For an example of shifting the responsibility for an attack, see US Manual, para. 5.12.3.4.

[3] For voluntary human shielding as a form of counterpolitics, see Banu Bargu, ‘Bodies Against War: Voluntary Human Shielding as a Practice of Resistance’ (2016) 110 AJIL Unbound 299.