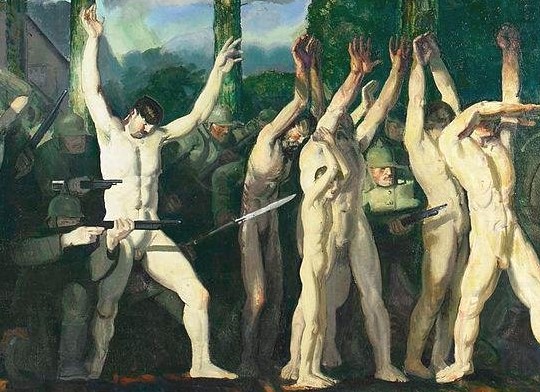 The term ‘human shields’ describes a method of warfare prohibited by international humanitarian law (IHL), during which the presence of civilians or the movement of the civilian population, whether voluntary or involuntary, is used to shield military objectives from attack, or to shield, favour or impede military operations. Human shields are always protected from attack unless and for such time as they take a direct part in hostilities.

While the law is clear, the reality can be blurred by the discursive use of human shields. In this instalment of our urban warfare special series, Neve Gordon and Nicola Perugini – authors of ‘Human Shields: A History of People in the Line of Fire’ – build upon Zoi Lafazani’s post and discuss what they refer to as ‘proximate shields’, whereby humans are framed as shields merely due to their proximity to belligerents.

Today marks two years since your city was captured by a non-State armed group (NSAG). During that time, nearly half the population has fled, due to the extremist politics of the group and their ruthless governing practices. News has started to spread that an international coalition will back your government to attack the NSAG and retake control of the city.

In the days leading up to the attack, accusations begin to circulate that the armed group is using human shields. Within days, the estimated number soars of civilians employed as human shields, first reported as tens of thousands and later as one hundred thousand.

Once the fighting subsides, prominent human rights groups, the United Nations, and several governments blame the NSAG for turning the legal imperative to protect civilians on its head, unlawfully exploiting civilian immunity from attack in an attempt to shield its own forces. According to these rights group, the militants prevented civilians from evacuating to safety, trapped them in their homes, and summarily killed people who attempted to escape. But once the dust settles, even though evidence of the use of human shields is overwhelming, the suggestion that tens of thousands of people were used as shields by a few hundred militants appears to be a blatant and dangerous exaggeration.

Most of those labeled as shields in this fictionalized scenario – as well as in many real-life situations – were categorized in this way due to their proximity to the fighting. A search in major English newspapers for the phrase ‘human shields’ from November 2015 through October 2016 reveals that proximate shields have become by far the most prominent type of shield in contemporary discourse on war.[i] Of the 1,221 articles that mention human shields during this period, 65 describe voluntary shields, 272 depict involuntary shields, and 731 portray civilians who were cast as human shields because they lived in the midst of the fighting, while another 153 use the phrase as a metaphor.

Why, one might ask, are so many people being labelled as human shields due to their proximity to the fighting? And what makes proximate shielding susceptible to political and legal maneuvering, which may end up condoning war crimes?

The location of agency

In our book, Human Shields: A History of People in the Line of Fire, we maintain a distinction between three main types of human shields – voluntary, involuntary and proximate – which has to do, on the one hand, with the location of agency, and, on the other hand, with shielding’s relation to violence.

Proximate human shields are, in many respects, different from their volun­tary and involuntary counterparts. Whereas involuntary shields are coerced by belligerents to protect military targets and voluntary shields choose that action, proximate human shields become shields simply because they are ‘too close’ to a legitimate target. Put differently, proximate shields become human shields without doing or being forced to do anything. This is in part what distinguishes them from other shields and helps explain why this kind of shield is increasingly invoked to legitimize inhumane violence.

Crucially, in the case of proximate shields, we argue that agency is absent, and due to this absence, proximate shields introduce numerical, spatial, and temporal dimensions that do not exist with respect to the two other types of shielding. This renders proximate shielding more conducive to the application of lethal violence in contemporary armed conflict, in particular the predominantly urban contexts of the war on terror.

Numerically, entire urban populations can be framed as proximate shields because the shield is produced through a declaration rather than the agency of either the belligerents or civilians who are on the ground. Thus, through the utterance and ongoing citation of the phrase ‘human shields’ in press releases or by spokespeople (representing States, militaries, and humanitarian organizations), literally millions of people across Asia and Africa have been framed as proximate shields.

Spatially, the portrayal of a city’s whole civilian population as proximate shields could allow the attacking forces to frame huge urban spaces as targets, since by definition human shields protect a legitimate military target. If voluntary and involuntary shields occupy a specific space between a belligerent and its target, proximate shields can be anywhere, and are often everywhere, in a particular urban space.

Temporally, proximate shielding can endure far longer than either voluntary or involuntary shielding, because the latter two are restricted to the time during which the civilian acts or is forced into acting as a shield. By contrast, since proximate shields become shields through performative iteration – namely, the accusation that a NSAG is ‘deploying tens of thousands of human shields’ circulated by media, prominent political figures, and human rights organizations – tens of thousands of civilians can be characterized as shields for days, weeks, and, at times, months on end. Proximate shields can exist as long as urban areas are attacked, and the fighting persists.

Crucially, the numerical, spatial, and temporal features characterising proximate shielding helps explain why they have become a permanent fixture within the war on terror. Proximate shields can lead warring parties to cast entire civilian populations within cities as human shields and, by so doing, change the proportionality calculations and relax the repositories of violence permitted to be used in urban settings while laying the blame for crimes against civilians on their enemies.

Our research suggests that human rights and humanitarian organizations have been complicit with this framing exercise and that it is urgent to have a frank conversation about human shields and the legal and political implications of the human shielding accusation. Both in our book and in several academic articles, we have shown that hi-tech States spend considerable resources on media campaigns and mobilize legal and military expertise to justify their use of lethal violence in cities where civilians are trapped.[ii] We describe how human shields, and particularly the charge of proximate shielding, are being widely used by States and their militaries to justify civilian deaths in asymmetric conflicts, and how it has become a major tool in what we have called the ‘erosion’ of the civilian.

Editor’s Note – The views expressed in this blog are those of the authors and may not be interpreted as positioning the ICRC.

[i] The search identified 1,903 articles that used the phrase human shields, but 682 of these were duplicates. When counting the number of people used as shields, we counted each incident only once but used the largest figure provided in the articles describing the incident.

[ii] Neve Gordon and Nicola Perugini, Human Shields. A History of People in the Line of Fire (Berkeley: University of California Press, 2020); Neve Gordon and Nicola Perugini, “The Politics of Human Shielding: On the Resignification of space and the Constitution of Civilians as Shields in Liberal Wars,” Environment and Planning D: Society and Space 34, no. 1 (February 2016): 168-187; Nicola Perugini and Neve Gordon, “Distinction and the Ethics of Violence: On the Legal Construction of Liminal Subjects and Spaces,” Antipode  49, no. 5 (November 2017): 1385-1405;