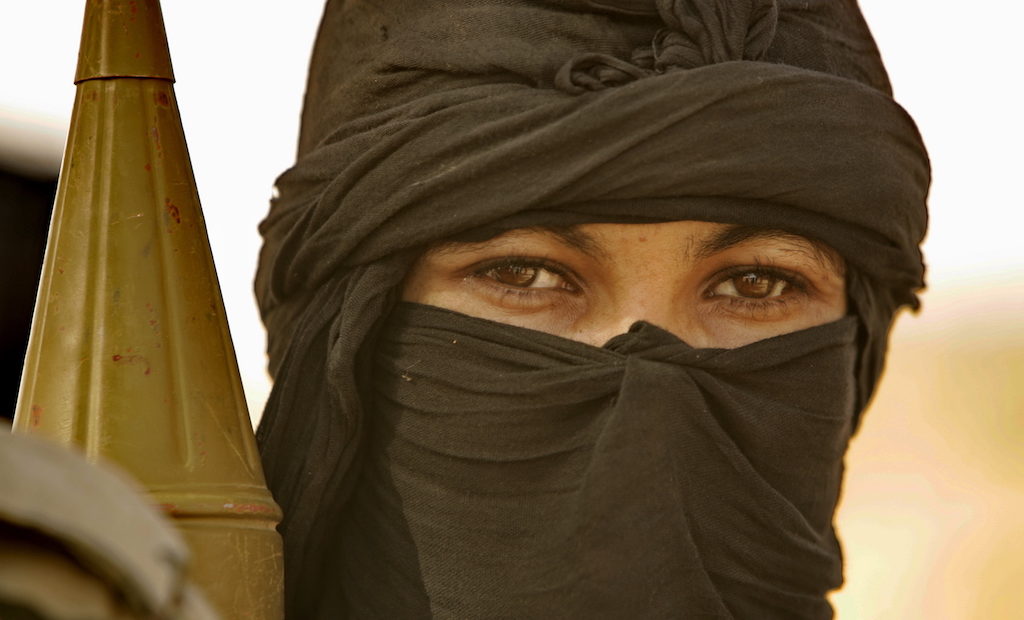 The Roots of Restraint in War—a study that updates the 2004 Roots of Behaviour in War—was launched on 18 June 2018 in Geneva. In this blog post, Fiona Terry & Brian McQuinn, the study’s principal authors, explain the approach to the study and highlight a few of its main findings.

Humanitarians have witnessed more armed groups emerge in the last seven years than in the previous seven decades. Many of these groups have loose command structures and form shifting alliances. What challenges do these developments bring for humanitarian operations in the field, especially given that historically the ICRC has engaged with armed group commanders who had direct control over their fighters and clear codes of conduct? With whom should we—humanitarian workers—be speaking in order to better promote restraint in conflict and other situations of violence? The Roots of Restraint in War study deals with these, and other, pressing questions facing the ICRC in its field operations. The study examined two State militaries and six armed groups, learning who has influence and what sources of restraint act upon their soldiers and fighters.

It builds upon the work of the Roots of Behaviour in War study, published in 2004 by the ICRC. That study used a psycho-social lens to unpack sources of influence over the behaviour of the individual and had an important impact on the ICRC’s policies and practices aimed at influencing soldiers and fighters to comply with the norms of international humanitarian law (IHL). It served as the starting point for this new study.

The 2004 study’s main assertions and impact

One of the 2004 study’s main assertions was that legal arguments were more durable than moral arguments when seeking to convince combatants to respect humanitarian norms during warfare. Another was that knowledge of the law was not enough to promote compliance with it. The study argued that rather than just disseminating knowledge of the law, the ICRC should encourage its incorporation into the inner workings of armed organisations. These recommendations were transformed into policy directives, and for the past decade the ICRC has pursued the ‘integration approach’, supporting both State armed forces and non-State armed groups to incorporate IHL into their rules and regulations, training curriculum and enforcement mechanisms.

Given this history, there were two obvious starting points for an update of the 2004 study. The first was to look at some of the results of the policies recommended by the previous study. Is there any evidence to suggest that training does increase respect for IHL on the battlefield, and if so, how? Does the threat of punishment deter violations, and, if so, punishment under international or domestic law? And who or what do soldiers believe has the greatest influence on their behaviour?

The second starting point was to explore how to influence behaviour in armed groups lacking a hierarchical structure into which IHL provisions can be infused and reinforced. The ICRC’s ‘integration approach’ presupposes that there are formal, written rules, and structured training and sanction systems. Yet the vast majority of armed groups operating today do not have these characteristics. In the last decade there has been a huge proliferation of smaller armed groups that form shifting alliances with other armed groups, sometimes with and sometimes without a centralised core. The use and targets of violence are not necessarily stipulated and directed from above. Moreover, there is also a growing number of communities taking up arms in self-defence or as localised proxies of the State. How can we influence members of these groups to comply with the norms of IHL?

For such challenging questions we sought the expertise of scholars with in-depth knowledge of armed group behaviour. Armed forces and groups were divided into four categories according to their organisational structure:

We launched a ‘call for proposals’ to conduct a comparative study of two armed groups within each category. The response exceeded our expectations: over fifty solid proposals flowed in, from which we selected four on the basis of criteria including feasibility and operational relevance to ICRC delegations.

A focus on restraint

Influenced by the work of American social scientists Scott Straus and Elisabeth Wood, we realised early on the value of focusing on restraint as opposed to the more conventional focus on why armed groups commit violations. Both scholars have drawn attention to cases in which certain violence could have been expected, but did not happen (why violence in the Cote d’Ivoire did not escalate to genocide as it did in Rwanda for Straus; why the LTTE (Tamil Tigers) in Sri Lanka did not engage in rape,  but did engage in other extreme forms of violence against civilians for Wood). Focusing on restraint not only provides an interesting policy hook for understanding how to prevent excessive violence, but was also less sensitive to explore than war crimes and other violations of IHL. Interviewing armed groups on their rationale for good behaviour is definitely easier than having them explain their bad behaviour.

At a meeting of the researchers in Geneva, we settled on a research question relevant to all groups:

What are the sources of influence on the development of norms of restraint in State armed forces and non-State armed groups?

We decided to explore the relative importance of formal sources of restraint in State armed forces known to us and compare these with the influence of informal norms, which the ICRC is less familiar. The previous study provided some clues, as did the experience of our delegations who regularly engage with State militaries. An interesting avenue of research was a finding by Elizabeth Wood, that sexual violence and hazing practices persisted in the U.S. military despite decades of formal efforts to stamp it out.  Her study highlighted that informal norms within State forces can be as strong as formal norms taught, for example, in IHL training. In order to explore this angle, the study used experimental surveys to ask participants to choose what they would do in hypothetical scenarios presenting a dilemma (such as having to choose between force protection and civilian protection). This line of research was led by Andrew Bell, who strove to tease out factors influencing decision-making across different ranks within the Australian and Philippines Armies.

Report highlights and their implications

Identifying sources of influence on norms of restraint among non-State armed groups became increasingly complex as we proceeded along the spectrum from highly centralised through to community-embedded armed groups.

Francisco Gutiérrez Sanín explores this question in a comparative study between the highly centralised FARC–EP and the relatively decentralised ELN in Colombia. The sources of restraint in the FARC were similar to those of many State armed forces—ideology, training and disciplinary measures—but had to be socialised much more deeply (and harshly) into members of the group, given the greater difficulties non-State groups have in communicating with, and monitoring the activities of, all their units. Francisco’s study also demonstrates the usefulness of tracking patterns of violence to identify instances and sources of restraint, showing us that it was environmentalists who were partly responsible for the ELN’s decision to stop blowing up oil pipelines—a group who the ICRC would not necessarily have considered before.

Through a comparative study of the behaviour of two decentralised Islamist armed groups in Mali, Ansar Dine in Kidal and MUJAO in Gao, Yvan Guichaoua and Ferdaous Bouhlel demonstrate how sources of influence over norms of restraint can vary considerably even in armed groups espousing the same ideological allegiance (Al-Qaeda in this case). Variation is also pronounced between the phase when the armed group is contesting territory and that when the group is governing it. Sources of influence are more diffuse than for centralised armed groups, which provides humanitarians with more entry points for dialogue. But the influences of different sources seem to wax and wane in accordance with events on the ground. The Mali study also highlights the strong agency that communities can have over the behaviour of armed groups and that this influence is not always as restraining as we might like to believe. In both Mali and Colombia, the study finds that it is sometimes the communities that are the ones calling for violence against perceived enemies and criminals.

Sources of influence over norms of restraint in community-embedded groups are even more diffuse and contested than for those in decentralised armed groups. The study of cattle-keeping armed groups in South Sudan, conducted by Naomi Pendle, demonstrates that decision-making over their mobilisation to fight and their standards of behaviour are not principally made by the groups themselves. Rather, individuals and groups with ties and interests in the political and business spheres compete for influence over the cattle-guarders with more traditional sources of community influence such as prophets and chiefs. Norms of restraint are also debated within the communities themselves.

Many of the report’s findings confirm what seasoned ICRC staff already know, and/or validate the relevance of the approaches currently underway. The ICRC has long sought to identify ‘actors of influence’, for instance, with whom to engage in an effort to sway opinion to align with humanitarian norms. The report’s findings provide a broader structure through which to identify sources of restraint and confirms that the integration approach is still highly relevant for propagating humanitarian norms into integrated armed forces and centralised armed groups.

The importance of socialisation

There are also insights from the research that introduce new or different perspectives into the way the ICRC might influence behaviour to comply with humanitarian norms. Perhaps most significantly, the process of socialisation through which norms are adopted and eventually internalised by group members provides a common thread across all types of armed forces and groups. The tight-knit unit is common to all organizational types along the spectrum, from the most integrated—including especially their Special Forces—through to the most embedded. It is also applicable to peace-keeping forces and to units of State armed forces that share characteristics of both a centralised and decentralised structure.

Identifying the formal and informal socialisation mechanisms at work and trying to bridge them—as the Australian army is trying to do through emphasising values—might help to ensure that the informal reinforce and do not undermine, the formal. As shown by Andrew Bell’s research, when you combine IHL with the informal mechanisms of peer-group opinion, the levels of influence soar—the combination of the two is powerful. The implication of this finding is that we need to find ways to identify and align informal norms with formal norms of restraint.

Emphasis on values to give law more traction

Another main insight which leads from the previous one is that we need to emphasize values as well as the law in order to give traction to the latter. The research found that restraint is more durable if it is internalised as part of a soldier’s or fighter’s identity than obliged by the law: ‘it is not who we are’ rather than ‘it is against the law’. The ICRC needs to find traction in local values and belief systems that align with the norms of IHL. The report provides an example of how this is done in South Sudan through comparing the need to follow the rules in warfare with that in a wrestling match. Those who are not worthy opponents (women, children, the elderly, the sick) should not be drawn in to the fight.

Based on the study’s findings, we created four blueprints—one for each organizational type. The blueprints provide insights into what was learned in the study, questions to frame strategic engagement and examples of approaches that have worked in the past. The purpose of the blueprints is to guide reflection and to be a starting point for thorough and nuanced analysis of armed groups. We hope that the study and the blueprints will contribute to advancing humanitarian dialogue with the full range of actors’ party to armed conflicts or involved in other situations of concern to humanitarians.

For these and the many other findings in the study that warrant further thought and discussion, see the full report.