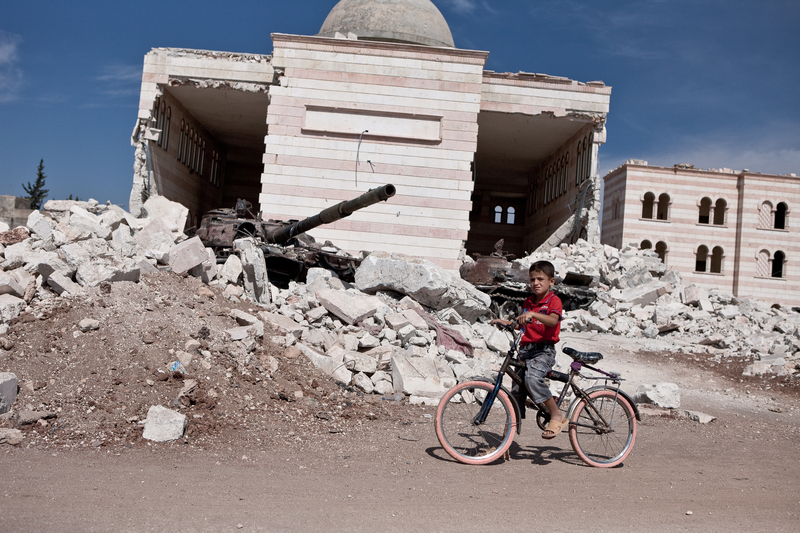 The destruction of cultural heritage in recent years has been the most significant since the Second World War, affecting movable and immovable property as well as intangible cultural heritage, archives, and documentary heritage. In many armed conflicts, the damage is no longer just collateral; cultural property is also deliberately targeted. Nearly two years on since the milestone International Conference on the 20th anniversary of the 1999 Second Protocol of the 1954 Hague Convention, Jonathan Cuénoud, Legal Advisor for the Swiss Federal Department of Foreign Affairs, and Benjamin Charlier, Legal Advisor for the ICRC, revisit the achievements and challenges facing the implementation of the Second Protocol and encourage UNESCO Member States to become party to the 1999 Second Protocol if they have not already done so.

Twenty-two years ago, under the auspices of UNESCO, the international community adopted the Second Protocol to the 1954 Hague Convention on the Protection of Cultural Property in the Event of Armed Conflict, reiterating its will to preserve cultural property during even the most tumultuous of times.

As a complementary treaty to the 1954 Hague Convention, the Second Protocol introduced new developments in international humanitarian law as regards cultural property, promising a higher level of protection in administrative, legal, military and technical areas. States can only become Parties if they have ratified the 1954 Convention, the first international instrument devoted to the protection of cultural property during armed conflicts, which is reinforced by the 1977 Additional Protocols to the Geneva Conventions[1] and the 1998 Statute of the International Criminal Court. The First Protocol of the 1954 Hague Convention, adopted the same year, aims at preventing the exportation of cultural property from an occupied territory.[2]

Why the adoption of a Second Protocol?

One of the key ambitions of the Second Protocol was to bring the 1954 Hague Convention up to date with developments in international humanitarian law. It also bolstered efforts to fight impunity through effective criminal prosecution and, reflecting the evolving nature of warfare, was applicable to non-international armed conflicts. It also updated the special protection provided by the 1954 Hague Convention, establishing a new system; Article 10 of the Second Protocol provides that cultural property of the greatest importance for humanity can be placed under enhanced protection providing it is adequately protected by domestic law and not used for military purposes or to shield military sites. Enhanced protection is granted from the moment of entry in the List of Cultural Property Under Enhanced Protection, a decision taken by the Committee for the Protection of Cultural Property in the Event of Armed Conflict.

Switzerland has been party to the 1954 Hague Convention and its two Protocols since 1962 and 2004, respectively. In 2014, it enacted the Federal Act on the Protection of Cultural Property during Armed Conflicts, Disasters and Emergencies (CPPA) to take into account the developments introduced by the Second Protocol – a full revision of the previous law of 1966. The scope of application of the CPPA is broader than the Second Protocol, applying not only to situations of armed conflicts but also to disasters and other emergencies.

Under the 1954 Hague Convention and its Protocols, each State must act to safeguard its own cultural property against armed attack. This can be done, for example, by moving such property away from potential or actual military action, or in the case of historical sites, by avoiding placing military objectives near to them. In this spirit, the CPPA allows Switzerland to provide a safe haven for the movable cultural goods of other states, making Switzerland the first country in the world to offer refuge of this kind. On 8 March 2019, Switzerland adopted a national strategy to better define the country’s positioning and fields of action in the protection of cultural heritage in danger.

The protection objectives underlying the Second Protocol have significantly advanced since its adoption twenty-two years ago. However, much remains to be done to ensure adequate protection of cultural property in armed conflicts worldwide.

For example, it is widely agreed that while the existing comprehensive international legal framework – to which the 1999 Second Protocol is a central piece – provides States with all the necessary tools to protect cultural heritage from destruction and looting during armed conflict, more efforts must be placed on the implementation of that framework, on raising awareness, and ultimately on changing the behavior of parties to conflicts.

This means that first, the legal framework must be better known in view of increasing the number of ratifications of the 1954 Hague Convention and its Second Protocol. Secondly, creative and relevant capacity-building tools and training activities must continue to be provided to States and other stakeholders to help them adopt all necessary concrete legal, administrative and policy measures at domestic level and translate their interest for the protection of cultural heritage into military doctrine. Thirdly, in addition to these preventive aspects, cultural property protection must be viewed as an integral part of humanitarian action when fighting erupts and not be considered as simple unfortunate side effects of raging conflicts. If one wants to tackle the issue seriously, then the risk for protected cultural property during active hostilities and in situations of occupation must become a subject of conversation with States and non-State armed groups alike.

The ICRC and other important organizations and institutions such as UNESCO, Blue Shield International, the ALIPH foundation and many others each have a role to play in this respect, within the scope of their respective mandates, specific fields of expertise and operational coverage. To translate the ambitions set forth by the 1999 Second Protocol, NGOs, intergovernmental organizations and all other important international and local humanitarian actors (such as National Red Cross and Red Crescent Societies) must not only find ways to optimize the collective impact of their actions, but they also need to be able to make the most of relevant and positive practices, policies and normative frameworks that some States have put in place, in view of assisting other States orienting their actions in the same direction.

As a first step, both Switzerland and the ICRC encourage States having not yet done so to consider ratifying or accessing to the 1954 Hague Convention and/or its Protocols. Each additional ratification will send an important and much needed signal in favor of the protection of cultural property.

Editor’s Note: This article was written in a personal capacity and does not necessarily reflect the views of the Swiss Federal Department of Foreign Affairs (FDFA) or of the International Committee of the Red Cross (ICRC).