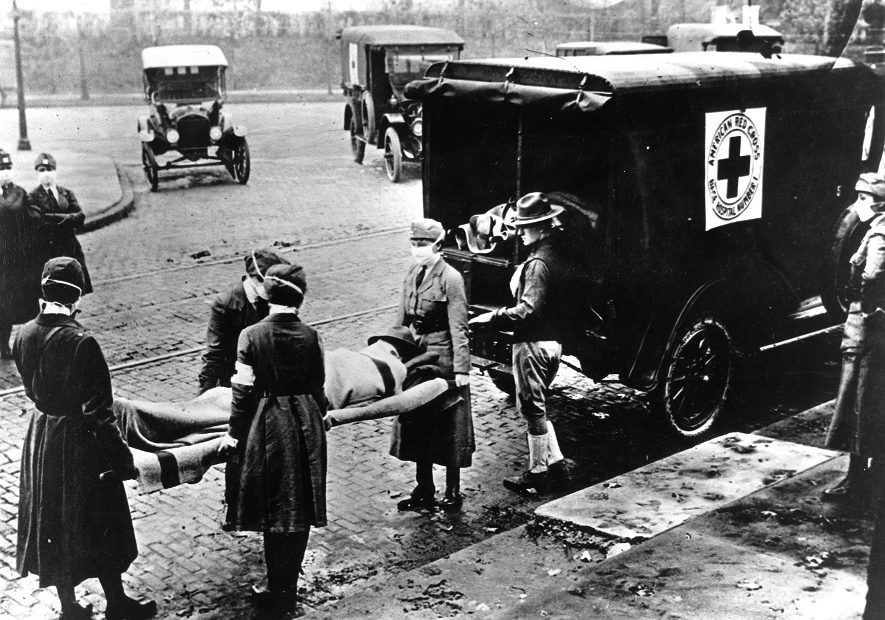 The influenza pandemic from 1918-1919, commonly known as the ‘Spanish Flu’, was the most severe health disaster in recent history. The chaos and political decisions taken during the First World War only worsened its reach and effects. There are hard-won lessons from this period, and similarities with the COVID-19 crisis, that merit reflection on how armed conflicts can influence the ways we talk about and struggle to mitigate the current pandemic.
ICRC Humanitarian Law & Policy Blog · From the ‘Spanish Flu’ to COVID-19: lessons from the 1918 pandemic and First World War

The 1918 influenza pandemic took place while the First World War was still raging. There were three successive waves: the first in the spring of 1918, the second – and most lethal, responsible for 90% of deaths – in the autumn of 1918, and a final upsurge from the winter of 1918 to the spring of 1919. By the end of the pandemic, more than half of the world’s population had been infected. Estimations on mortality, challenging to confirm for a lack of data, have continuously been revised upwards. Nowadays, historians and epidemiologists use a broad spectrum ranging from 2.5 to 5% of the world’s population, which translates to between 50 and 100 million deaths. The pandemic was, therefore, five to ten times deadlier than the First World War.

History never repeats itself. Every single historical moment is distinct from those past. Nevertheless, parallels can be drawn between different historical events; even though history does not teach us what to do, it can inspire us to act. Examining the 1918 influenza pandemic is an opportunity to consider the current coronavirus (COVID-19) crisis from a different perspective.

Stigmatization and propaganda: antiquated and unproductive

Because the outbreak was first identified in the Chinese city of Wuhan, some have labeled COVID-19 the ‘Chinese virus’. Stigmatizing a group or a nation for its supposed responsibility in a calamity is not a new trend.  Take the simple misnomer of the ‘Spanish Flu’: unlike most of the countries at war at the time, where censorship was extreme and newspapers were initially not allowed to report on the disease, the Spanish press covered the spread of the virus, creating incorrect assumptions that the epidemic originated in Spain.

These discriminatory epithets reflect the many rumors and theories that quickly spread about the origins of the pathology. Building upon the growing body of war propaganda at the time, all sides of the conflict accused one another of being responsible for the epidemic. In some cases, the enemy was at the origin of the epidemic, and using it as a weapon; in others, belligerents accused one another of involuntarily spreading the disease because of a failing health system. In allied countries, some accused the German pharmaceutical company Bayer of having deliberately introduced the pathogen into aspirin tablets. Others believed that the Germans carried flasks of the pathogen in submarines before dumping them in water supplies, milk, or at mass gatherings such as meetings or cinemas. Some claimed that the disease was spread in the air like chemical weapons. The combination of an intense fear of the pandemic, propaganda, racism, stereotypes, and the natural human inclination to point fingers was a breeding ground for myths and suspicion of the ‘other’.

War censorship and propaganda also had concrete and adverse effects on efforts to mitigate the pandemic. By attempting to censor information on the seriousness of the situation, many belligerent countries most certainly hampered public health efforts to stem the pandemic. At the same time, after years of war propaganda, some of the population no longer believed in governments or trusted public information. Many people did not understand how the flu, an ordinarily mild illness, could cause so many deaths. Some believed their government was lying and trying to hide the return of typhus, cholera, or a so-called ‘pneumonic plague’. In Germany, some people accused the government of using a fake pathogen as a pretext to hide the deaths that were, according to them, caused by malnutrition and exhaustion.

The lives lost during this episode teach us a valuable lesson: transparent information is crucial at all times. To respect and implement public health measures, the population needs to trust the authorities. In 1918, after four years of conflict and propaganda, that trust was simply broken. What was true then is even more so in 2020. Mistrust of information from health authorities is still a challenge. Modern means of communication and the recent development of digital social networks make it even harder. Undocumented claims, false information, conspiracy theories, and dangerous conclusions can spread as quickly as viruses.

One century later, the rumors and myths around the ‘Spanish Flu’ may look naive, but they can serve as a warning: let us be cautious before sharing anything on social media; otherwise, we may ourselves hamper efforts against the spread of COVID-19. The 1918 pandemic reminds us that fear and the politicization of crises can quickly generate stigmatization of the others in a wrong, unfair, and ultimately unproductive way.

The First World War did not ‘create’ the influenza pandemic. There is no evidence that the wartime conditions led to the outbreak of the H1N1 virus. Moreover, the countries with the highest mortality rates were not those directly affected by the fighting. Switzerland and the United States, for example, paid a considerable toll even though no fighting took place on their territory. The Pacific Islands, sub-Saharan Africa, South and East Asia, as well as Central America, were, in fact, the regions most affected by the pandemic, as the underdeveloped health systems there were unable to cope with the sudden influx of patients. Moreover, it appears that in some countries, better economic and social integration were correlated with greater immunization, while mortality was higher in ethnic minorities who had been historically marginalized.

This imbalance constitutes a second warning for the current crisis. Like the COVID-19 pandemic, the 1918-1919 influenza spread without distinction and did not spare heads of state; both Woodrow Wilson and King George V were infected. However, inequalities in access to medical care, for example, are also very likely to recur at the local, national and global level. As we witness the wealthiest countries struggling to cope, one can imagine the overwhelming impact of the crisis in countries with less robust health systems or those embroiled in armed conflict.

Indeed, war played a prominent role in the propagation of the influenza pandemic. The concentration and mixing of men, the large and rapid circulation of troops, the mobilization and demobilization of soldiers, crowded barracks, internment camps, meetings related to war propaganda, or factories running at full speed all created a favorable environment for a pandemic. Bad decisions were made, such as forgoing quarantine and travel bans for military advances. The war also hindered the medical response in belligerent countries, as many doctors and nurses were away, tending to the wounded and sick on the frontline. The absence of skilled nurses likely contributed to increased mortality in some regions.

The flu was not the only, but rather an additional, calamity for populations that were already suffering the effects of the war. The pandemic compounded the effects of destroyed infrastructure, poor sanitation, famine, overcrowding, or other infectious diseases such as typhus or tuberculosis. The presence of multiple bacterial infections in camps and among the population led to comorbidity with the influenza pandemic. The cumulative effect of these struggles produced a dramatic domino effect. For example, the deadly impact of influenza on young men caused plowing shortages in rural areas, which led to famine.

The ICRC has released regular reminders that the current health crisis is an additional threat in war-affected countries, in places where primary hygiene conditions are not met, where medical infrastructures are weak, where displaced people are crowded in camps, or in places of detention. The inextricably intertwined effects of the 1918 pandemic and First World War reinforces the ICRC’s point: in situations made precarious by conflict, the human toll caused by COVID-19 is likely to be higher.

The 1918 pandemic was a global and shared human tragedy. Its consequences were political, social, economical and emotional. The legacy of the flu is substantial: the influenza viruses of 1957, 1968, and 2009 are all descendants of the H1N1 virus that caused the 1918 pandemic. The ‘Spanish Flu’ is a story of failure, a symbol of failed management of a pandemic in the name of military interests.

On the other hand, the 1918 pandemic is also the story of a painful apprenticeship. As several researchers recently recalled, it ‘led to enormous improvements in public health. Indeed, several strategies, such as health education, isolation, sanitation, and surveillance, improved our knowledge of the transmission of influenza, and are still implemented today to stem the spread of a disease that has a heavy burden’. It contributed to the creation of ministries of health in France and Great Britain, along with a heightened acknowledgment and appreciation of the professional work carried out by nurses. One century later, doctors and nurses carry us all through the COVID-19 pandemic. We will all remember the nightly rounds of applause for health care workers when looking back on this period in our lives.

Nevertheless, as recalled by Daniel Flecknoe, not all lessons have been learned: ‘The fact that the risk of a new global pandemic arising from any modern war zone seems to so rarely feature in the political decision-making which determines whether or not nations go to war in the first place, indicates that the lessons of 1918 have not all been well learned. Wars weaken the ability of a country to prevent, detect, or fight outbreaks of infectious disease, and leave the civilian population incredibly vulnerable’. Of course, the outbreak of COVID-19 did not originate in a country at war; but its impact is disastrous wherever there are armed conflicts or other situations of violence.

On a positive note, and despite many parallels, the 1918 influenza and the current coronavirus pandemic also differ in one fundamental way: in the last one hundred years since the ‘Spanish Flu’, medical advances have been extraordinary. The COVID-19 pathogen was quickly identified and sequenced. Thousands of researchers all around the globe are actively working to better understand its mechanism and characteristics, and to find effective therapies and a vaccine. Governments can build on a century of progress and experience in public health.

This difference must conjure optimism. Humankind already has and will continue to find new and effective means to mitigate the COVID-19 pandemic. However, for all the existing scientific measures to be effective, they must be put into practice and therefore understood and accepted. Trust – towards authorities, public health institutions, medical researchers and practitioners – is once again a key concept in times of crisis. 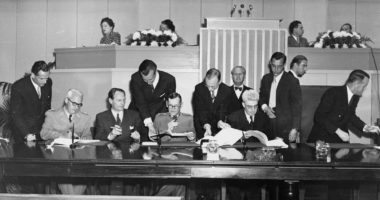 With armed conflicts persisting in various parts of the globe and at risk of breaking out in others, it is crucial to take ... 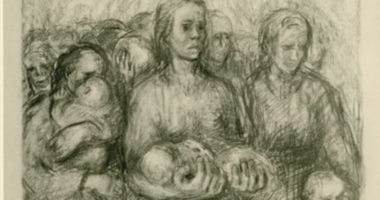 Despite clear legal prohibitions, sexual violence remains widespread and prevalent during armed conflicts and other situations of violence, with grave humanitarian consequences. Sexual ...