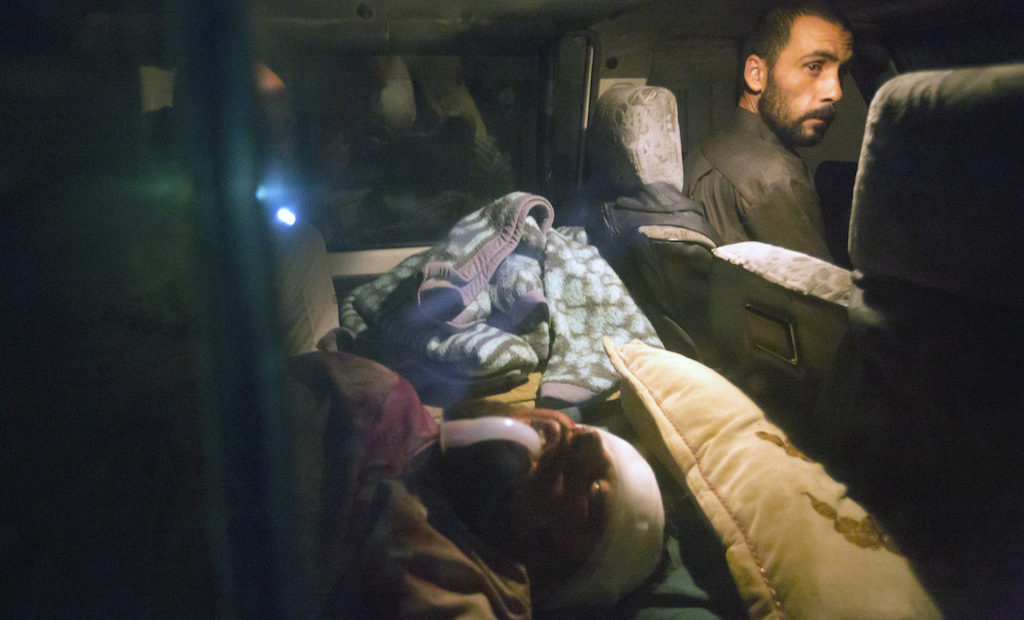 The protection of the wounded and sick, and of medical personnel, stands as the cornerstone of international humanitarian law (IHL). Indeed, the first multilateral IHL treaty was exclusively dedicated to this issue. States have actively developed the legal framework through successive treaties; most of the treaty law on this subject has become customary. The law appears well-settled, even though attacks against medical personnel continue to be disturbingly common in armed conflict. Yet, the broad agreement on the general rules and principles hides uncertainties in the interpretation and application of the law. Professor Marco Sassòli’s recent two-part essay (here and here) helpfully addresses some of these uncertainties and a number of them merit further reflection. In this piece, I address three: the requirement to provide medical care to one’s own armed forces, the assignment of medical personnel and the loss of protection by such personnel.

Requirement to provide medical care to one’s own forces

Multiple uncontroversial IHL treaty provisions require that the wounded and sick receive medical care and attention (GCI Art 12(2) and Art 15(1), GCII Art 12(2) and Art 18(1), GCIV Art 16(1), and API Art 10). Failure to provide such care to enemy fighters who no longer take part in hostilities, or to civilians, certainly amounts to a breach of IHL. The extent to which such care must be provided seems to be subject to a feasibility standard, which Professor Sassòli discusses in detail. Conceptually, however, his most interesting claim is that ‘a belligerent without any medical services violates IHL towards its own forces’. This statement may be jarring in that IHL is generally concerned with the protection of the adversary against the excesses of warfare.

The issue should, perhaps, be considered against the background of the appeals judgment in Ntaganda, handed down by the International Criminal Court less than two years ago. Controversially, the Appeals Chamber concluded that it is possible to commit the war crimes of rape and sexual slavery against a member of the same armed force. This conclusion presumes that IHL can protect a member of a State’s armed forces vis-à-vis that State. The judgment has been seen as breaking new ground and—depending on one’s perspective—either making an enormously important contribution to international criminal law or delegitimising the Court and the law.

There are, in any event, good reasons for considering the protection of the wounded and sick to be a special case. For one, the definition of the wounded and sick under IHL is broad and without reference to the nationality or allegiance of the person concerned (see, in particular, API Art 8(a)). Also, IHL requires medical care to be provided ‘without any adverse distinction’, including distinction based on nationality (see GCI Art 12(2)). This explains why even some of the harshest critics of the Ntaganda judgment did not take issue with the Appeals Chamber’s observation that the ‘notion of grave breaches under Geneva Conventions I and II includes violations committed against the wounded, sick or shipwrecked committed by members of their own armed force’. From an international criminal law perspective, failure to attend to the wounded and sick, including members of one’s own armed forces, could conceivably amount to wilfully causing great suffering, or serious injury to body or health, of protected persons (Rome Statute Art 8(2)(a)(iii)).

A State’s obligation to provide medical care also derives from human rights treaties, which provide for the right to life (ICCPR Art 6) and the right to health (ECSCR Art 12), and prohibit inhuman treatment (ICCPR Art 7). While the exact contours of the application of human rights in armed conflict remain a matter for debate, the idea that members of the armed forces remain within the jurisdiction of their own State and therefore benefit from human rights guarantees even when on operations abroad has received judicial support.

In short, the obligation to provide medical assistance to one’s own troops in conflict appears to be supported by both IHL and human rights law. This, in turn, raises the question as to whether armed forces need to have dedicated medical personnel. Some States and armed groups have elected to not formally assign their medically trained members as ‘medical personnel’ with the consequence that these service members do not benefit from special protection due to medical personnel under IHL. Reportedly, this practice is on the rise.

While noting that the express language of IHL treaties ‘does not oblige a party [to a conflict] to have distinct military medical personnel’, Professor Sassòli carefully suggests that ‘the spirit of IHL’ requires dedicated medical personnel. Whether that is the case is in the eye—or heart—of the beholder. A State may have good operational reasons, especially when deploying small units, not to have personnel exclusively assigned to medical duties. As long as that party to the conflict is able to meet its legal obligation to provide care and attention to the wounded and sick, it does not seem legally necessary for this be done by a particular category of personnel.

Not all medically trained people, or individuals engaged in medical practice, qualify as medical personnel under IHL. To qualify for this special status granted by IHL, such personnel must be specially assigned to medical duties by a party to a conflict. This, however, raises all kinds of questions.

Perhaps an even more interesting question arises with respect to non-State actors. Are they capable of assigning medical personnel? And if so, how? Where a non-State actor is a party to an armed conflict, its obligation to provide medical care to the wounded and sick already implies the ability to designate medical personnel. This interpretation of the law may be confirmed by reference to APII, which provides for the protection of medical personnel without qualification, thus covering the medical personnel of all parties to a non-international armed conflict (APII Art 9). The possibility of non-State actors designating medical personnel, as well as the prohibition to punish anyone for carrying out medical functions, ‘regardless of the person benefiting therefrom’ (APII Art 10(1)), has ramifications for dealing with armed groups engaged in terrorism. For example, could an Australian medical doctor, assigned by Daesh to perform purely medical functions, be detained by Australian forces fighting against Daesh or charged with terrorism-related offences? (The example is not entirely hypothetical.)

Loss of protection by medical personnel

IHL does not expressly specify when medical personnel lose their protection. That this can happen is generally accepted based on an analogy with the rules dealing with medical units. Medical units lose protection when used to commit, ‘outside their humanitarian duties, acts harmful to the enemy’ (GCI Art 21, GCII Art 34, API Art 13). Professor Sassòli has consistently argued that, when applied to medical personnel, the test of harmfulness to the enemy is effectively that of direct participation in hostilities. He admits that this is a minority position. The majority of commentators regard acts harmful to the enemy to be a lower threshold.

I side with the majority, but in a slightly complicated way. I submit that loss of protection occurs in two conceptually distinct steps, though in practice those steps may occur simultaneously.

First, acts harmful to the enemy remove special protection. The obligation of parties to the conflict to respect and protect particular members of medical personnel (GCI Art 24)—or, as the case may be, a medical unit (GCI Art 19)—ceases. As a result, the medical personnel or unit in question no longer have to be actively safeguarded and aided by all parties to the conflict. Nor would they be entitled to continue their work without interference—the adversary could halt their activities.

Second, whether or not the medical personnel or unit could be attacked is, legally speaking, a separate enquiry to whether they lose special protection. With regard to medical units, the question is whether the unit, having lost its special protection, also meets the definition of a military objective (see API Art 52(2)). It is conceivable, for example, that a military medical unit is used to perpetrate harmful acts, thus losing special protection, but that the destruction of that unit would not offer a sufficiently concrete military advantage at the time for it to constitute a legitimate military objective. Attacking it would therefore not be lawful.

With regard to personnel, the enquiry is similar but would be affected by the underlying status of the individual in question. Civilian medical personnel losing special protection would become ordinary civilians, thus falling within a different category of protected persons. Whether such individuals could be targeted would fall back to being determined by the direct participation of hostilities test, which involves a higher threshold.[1] The situation is more disturbing with regard to military medical personnel. If they lose special protection, they become ordinary members of the armed forces, that is to say, combatants, and targetable as such.

If one accepts the majority view that acts harmful to the enemy need not reach the level of direct participation in hostilities in order for special protection to be lost, there arises a further problem as to what activities exactly result in the loss of such protection. The most obvious examples relate to medical personnel acting clearly outside of their medical roles, for example by providing weapons training to members of the armed forces. But, as I have argued more fully elsewhere, acts harmful to the enemy include biomedical activities going beyond the medical function of treating the wounded and sick. In particular, human performance enhancement procedures can constitute harmful acts. Likewise, military medical personnel participating in the assessment of mission-readiness of combatants or the selection of conscripts does not strike me as a protected medical function.

The protection of the wounded and sick seems rather unproblematic from a legal perspective. But this is not the case. Changes in the conduct of warfare, including the increase of non-State actors and technological developments, do have an impact. Even rules as fundamental as those contained in Geneva Conventions I and II must be occasionally scrutinised to ensure that the law remains fit for purpose.

[1] Committing harmful acts that lead to the loss of special protection might, at the same time, be sufficient for detaining the persons in question on security grounds (as per APIV Art 5, Art 42, Art 43, and Art 78, and possibly Art 27(4)). 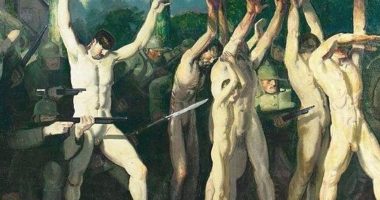 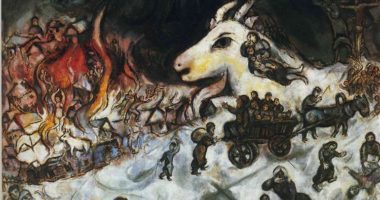