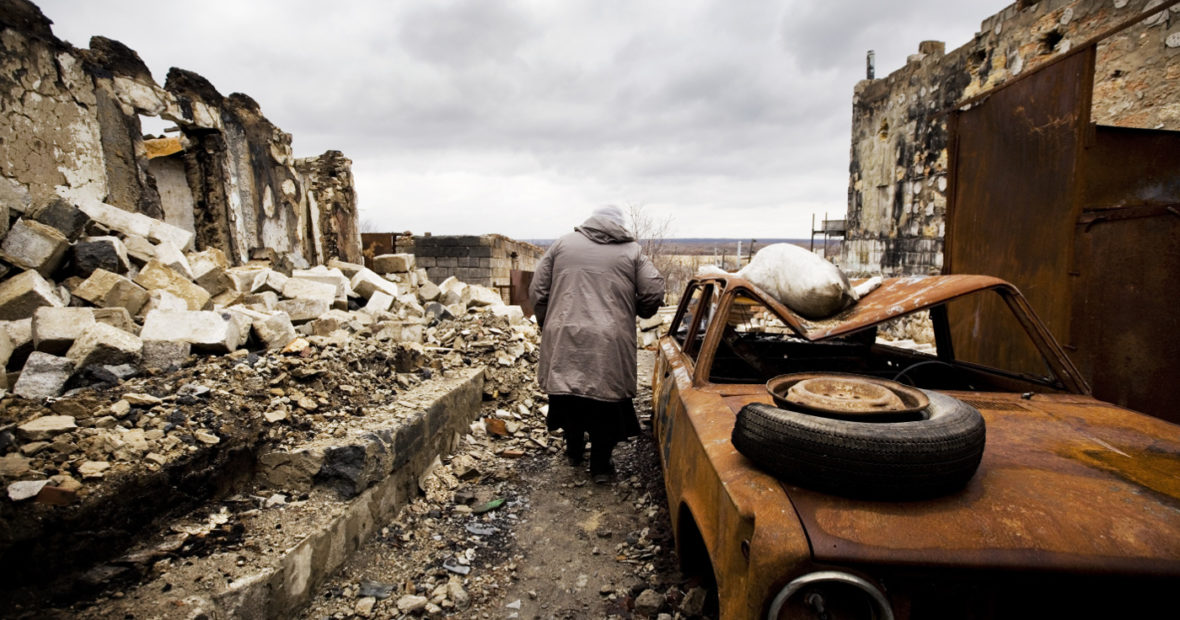 The humanitarian commitments in the New Urban Agenda are significant and will form clear policy guidance on urban humanitarian action for national governments and city authorities in the next 20 years. The ICRC’s Head of Policy, Dr Hugo Slim, reflects on the significance of the document adopted at the UN’s Habitat III summit in Quito on October 20th.

Quito – the charming high-altitude capital of Ecuador – was brimming with urbanists this week. At least 35,000 people arrived in the city to attend four days of plenary statements, round tables, special sessions and side events that formed Habitat III – the United Nations Conference on Housing and Sustainable Urban Development.

It was quite a gathering: hundreds of government ministers, mayors and representatives from municipal authorities all around the world engulfed in a sea of civil society activists.

Opened by Ban Ki Moon and the President of Ecuador, the purpose was to celebrate and adopt the New Urban Agenda – 175 paragraphs of inter-governmental commitments that set the global urban policy agenda for the next 20 years and aim to make cities cleaner, greener, smarter, safer, more socially and economically equal, resilient and inclusive.

In the last 10 years, the ICRC has become a major urban actor and the ICRC was in Quito with a delegation led by our Director-General, Yves Daccord. Urban warfare is at new levels of intensity around the world and 75% of internally displaced people (IDPs) and the great majority of migrants are living in urban areas. In pockets of many of the world’s big cities, chronic urban violence causes death and injury and limits access to health and education services. All this means that the ICRC has a major humanitarian stake in cities today and in the foreseeable future in what is being called “the century of the city”.

For much of the last year, the ICRC has been actively involved in the policy discussions and negotiations to produce the New Urban Agenda, determined to ensure that this new 20-year policy document adopted by States pays sufficient attention to the humanitarian aspects of urban armed conflict and urban violence.

Many of the world’s conflict-affected cities – like Aleppo, Mosul, Bangui, Maiduguri and Donetsk – are struggling to survive. They are experiencing conditions that are a long way from the dream city of the Habitat III theme song, which we were all encouraged to sing after the New Urban Agenda was adopted.

Thankfully, the great majority of the world’s towns and cities are not being torn apart by armed conflict. But many urban spaces do have areas that are significantly affected by armed violence. Here, the ICRC, the International Federation and National Societies use the Movement’s principles to reduce the risks of violence and increase safe access to vital health and education services in places where staff, pupils and patients may find it too dangerous to attend clinics and schools.

The ICRC is pleased that the New Urban Agenda has important humanitarian commitments on urban warfare and on the importance of safety and services in cities, as well as specific commitments on IDPs, migrants and refugees. Particularly important to the ICRC are paragraphs 2, 28, 30, 39 and 99.

As the population, economic activities, social and cultural interactions, as well as environmental and humanitarian impacts, are increasingly concentrated in cities, this poses massive sustainability challenges in terms of housing, infrastructure, basic services, food security, health, education, decent jobs, safety, and natural resources, among others. (Paragraph 2)

We commit to ensure the full respect for human rights and humane treatment of refugees, internally displaced persons, and migrants… (Paragraph 28)

We commit to promote a safe, healthy, inclusive, and secure environment in cities and human settlements for all to live, work, and participate in urban life without fear of violence and intimidation… (Paragraph 39)

We will take steps to include appropriate training and support for service delivery professionals and communities living in areas affected by urban violence. (Paragraph 99)

The humanitarian commitments in the New Urban Agenda are significant and will form clear policy guidance on urban humanitarian action for national governments and city authorities in the next 20 years. This will be important in situations when municipal authorities need to partner with the ICRC and other humanitarian organizations in an effort to protect and assist their city’s population, and build essential urban services that are resilient in bad times as well as good times.

#H3Plenary @ICRC : The acid test for a safe & services based city should be it’s commitment to human dignity- for citizens & for refugees

Read more on cities in the Law & Policy blog