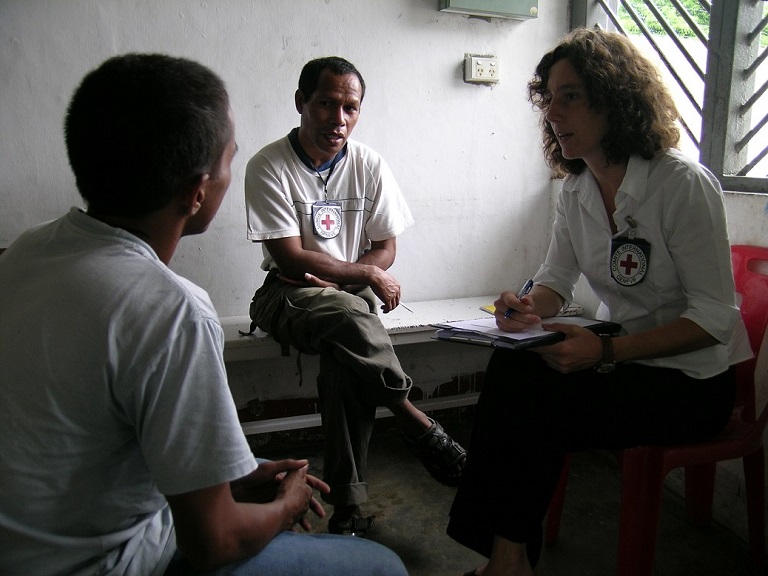 “The work of the Red Cross is born of a high ideal, from which it continually draws fresh life, but as it primarily consists of practical actions, frequently improvised, there is a serious risk that in the haste of charitable action and in spite of the purity of one’s intentions, one may deviate from the guiding principles and unity of thought may diminish, the more so as the institution takes root in every corner of the world. It is therefore particularly necessary that the Red Cross possesses a well-defined and firmly established doctrine.“[1]

The International Committee of the Red Cross (ICRC) doctrine is the body of documents adopted by the Assembly with a view to providing longterm inspiration and guidance for the organization’s action and thinking. It takes into account the external environment and is based on: the practice, history and statutes of the ICRC; the Fundamental Principles and the statutes and resolutions of the International Red Cross and Red Crescent Movement; international humanitarian law. The main purpose of developing and codifying doctrine is to ensure that the action of the ICRC and its representatives is both consistent over time and more predictable and credible.

The ICRC library’s collections include the ICRC’s public policy documents.

General policy documents relevant to the ICRC as a whole

The ICRC : its mission and work (also available in French, Spanish, Arabic, Portuguese, Russian and Chinese)

The ICRC’s role in situations of violence below the threshold of armed conflict (also available in French, Spanish and Portuguese)

Action by the International Committee of the Red Cross in the event of violations of international humanitarian law or of other fundamental rules protecting persons in situations of violence (also available in French, Spanish and Russian)

Specific doctrines regarding the action of the ICRC

ICRC position on hostage-taking (also available in French and  Spanish)

Note: A commentary on this doctrine has been published in 2002 in the International Review of the Red Cross (only available in French)

ICRC policy on torture and cruel, inhuman or degrading treatment inflicted on persons deprived of their liberty (also available in French, Chinese and Russian)

Policy documents on long-term positions held by the ICRC

The Nazi genocide and other persecutions (also available in French)