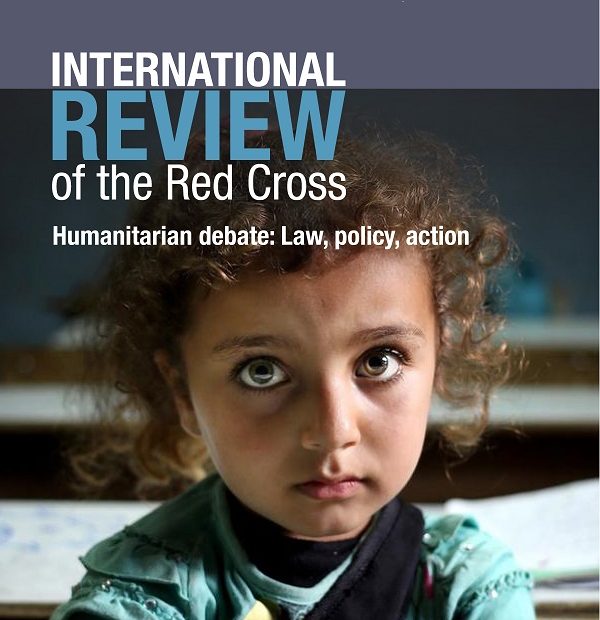 In wartime, children are especially vulnerable. They are all too often drawn into hostilities and exposed to a myriad of risks, depriving them of the opportunity to fully experience childhood. Child protection is crucial; they are, after all, the present, and most definitely the future. The latest thematic edition of the International Review of the Red Cross on ‘Children and War’, released online this week, explores the different challenges and obstacles faced by children affected by armed conflict.
ICRC Humanitarian Law & Policy Blog · Reflecting on our inner child through the lens of children affected by war

Recently, a short video from Syria went viral and became an internet sensation, showing a father who plays a game with his baby daughter to help her cope with the psychological trauma of warfare and bomb shellings. In the video, we see the young girl burst into laughter, rather than tremble with fear, every time she hears the sound of bombs falling nearby. ‘She is a child who does not understand war’, her father explains.

More than one in 10 children worldwide are affected by armed conflicts today, all of them searching for ways to cope with the chaos of war. Despite the legal protection provided to them, they continue to be at risk in many ways. They are recruited and used by armed forces and armed groups, separated from their families, driven from their homes, deprived of an education, killed, maimed, or sexually abused. The new edition of the International Review of the Red Cross on ‘Children and War’, released online earlier this week, sheds light on these issues. It aims to provide a consolidated yet holistic overview of the many challenges faced by children who are affected by armed conflict.

From the child’s perspective

A discussion on children in armed conflict must start with the children themselves. Not to be summarily dismissed as passive victims of armed conflict, children are in fact resilient, strong, and their voices need to be heard. As such, it is vital to understand their specific situation first, to be able to assess the type of support and protection that should be provided to them.

With a focus on obtaining perspectives from those directly affected by armed conflict, the latest edition of the Review on ‘Children and war’ contains the testimonies of former child soldiers in the Democratic Republic of Congo (DRC), wherein they provide harrowing details about their lives since being recruited by armed groups and the consequent impact that it had on them. Similarly, with the aim of challenging traditional protectionist discourses for children affected by armed conflict, Helen Berents highlights the importance of children’s war memoirs as a tool for further understanding the need to acknowledge children’s agency and participation.

Patterns of influence: contextualization is key

Many different actors impact the way children are treated in armed conflict. As such, it is important to analyze these different elements to be able to assess and develop recognizable patterns of influence as well as understand how these actors perceive children affected by armed conflict.

To this end, Pascal Bongard and Ezequiel Heffes highlight the experiences of Geneva Call in engaging with non-state actors on the prohibition of recruiting and using children in hostilities. They examine the amoebic nature of non-state actors’ behavior, which varies and morphs throughout an armed conflict. These experiences highlight the practical challenges in ensuring existing child protection norms are adhered to in the field.

Another important aspect in the protection of children in armed conflict is the contextualization of such protections. Despite the existence of comprehensive international legal frameworks to protect children in times of armed conflicts, an apparent impediment is the lack of localization and tailoring of such information to specific situations, thereby resulting in a lack of respect for such norms by the local community.

One way to solve that problem is by engaging in a ‘common language’, or creating a sense of familiarity. In this regard, Ahmed Al-Dawoody and Vanessa Murphy highlight the convergences between international humanitarian law and Islamic law, specifically with regard to children. Showcasing several commonalities between these two distinct areas of law, they inspect the role of regional laws and domestic jurisdictions in relation to Islamic legal traditions in the adjudication of rights of children affected by armed conflict.

Considering the presence of armed conflicts across all regions of the world, regional specificity is an important factor in assessing the needs for child protection. Benyam Mezmur also highlights this through his article on the regional and national practices and challenges in dealing with children in armed conflict in Africa.

Affecting one, affecting all

While there are regional considerations for several issues faced by children in armed conflicts, there are certain aspects which apply to all children across the board. Rochelle Frounfelker and others critically examined the mental and psychological impacts of children in conflict affected areas. Through studying the situation of Rohingya communities in Myanmar and Bangladesh, the authors seek to translate their study to apply to children in armed conflict, universally.

Another largely under-researched issue that this edition of the Review features is the impact of non-recognized birth registration of children born in territories controlled by armed groups. Kathyrn Hampton explores the legal and practical ramifications of a lack of State recognition for birth registrations made in insurgent-controlled areas. Without legal recognition, these children are left in the twilight zone to fend for rights that they are inherently entitled to.

Similarly, Dyan Mazurana, Anastasia Marshak and Kinsey Spears provide a clinical perspective on the issue of child marriage in situations of armed conflict. The authors provide the readers with an overview of the phenomenon to promote dialogue for effective humanitarian response, before going on to argue that child marriage is a form of sexual violence that spans cultures and customs, as such, affecting one and all.

One way to tackle such a deeply rooted practice is by providing education, which promotes awareness, increases protection, and creates opportunity, especially for children affected by armed conflict. In this edition of the Review, Bede Sheppard highlights the global, legal and policy efforts to deter the military use of schools, and how such use impedes the right to education for students.  He further substantiates these responses and how they laid the foundation for launching the Safe Schools Declaration.

Last but not least, apart from highlighting the major challenges faced by children in armed conflict, this edition of the Review provides readers with an analytical view of existing measures and mechanisms in place for the protection of children affected by war. While the Convention on the Rights of the Child calls on societies, private individuals, donors and other non-state actors to comply with its provisions, States are the primary duty-bearers obliged to respect, to protect and to fulfil children’s rights. It is important to mobilize and ensure that States take up efforts to protect those children who have been affected by armed conflict, to ensure they are safely reintegrated back to society and are able to live normal lives thereafter.

Indeed, there are several impediments that the State must grapple with, such as local perceptions towards these children who may have been used or actively involved in an armed conflict or may be children of ‘foreign fighters’. Controlling the narrative and creating an environment built on understanding and empathy is vital in ensuring that these children do not face stigmatization as a roadblock upon return and in their reintegration process. This edition of the Review features an interview with Mira Kusumarini, who runs a coalition of civil society organizations in Indonesia, which works with the local community and the government to enable for the reintegration of children formerly associated with armed groups back into society.

Similarly, the role of the international community cannot be understated, as they play an important role in setting frameworks and best practice measures for States and other actors to adhere to. For instance, Diane Marie Amann draws on her experiences and expertise to discuss the Policy on Children of the International Criminal Court Office of the Prosecutor. Likewise, Monique Nanchen, as the Global Adviser on Children at the ICRC, discusses the ICRC’s engagement on children in armed conflict and other situations of violence. In her conversation piece for the Review, Monique emphasizes that while it is not the role of the ICRC to change existing societal norms or power structures, any call for action should always be in accordance with the principle of ‘best interests of the child’.

To conclude, it is important to preserve the ‘inner child’ of all children, including those living in areas affected by armed conflict; they deserve a normal childhood as much as anyone else. The interruption of a childhood due to armed conflicts cannot be denied, but it is pivotal to raise awareness on child protection, because, after all, they are the present, and most definitely the future.

Also in this edition are several articles not related to the main theme, that are nonetheless significant contributions to the debate on humanitarian law, action and history. Julie Freccero et al. look at “Safer cash in conflict: Exploring protection risks and barriers in cash programming for internally displaced persons in Cameroon and Afghanistan”; James Houlihan look to the distant past in “Lex Innocentium (697 AD): Adomnán of Iona – father of Western jus in bello”; Suzannah Linton writes on “Deciphering the landscape of international humanitarian law in the Asia Pacific”; and Duncan McLean highlights the ever-present danger of attacks on healthcare in “Medical care in armed conflict: Perpetrator discourse in historical perspective”. Lastly, this edition includes content from the 2019 International Conference in this edition, including an interview with Balthasar Staehelin on “People not politics: Reflections on the 33rd International Conference of the Red Cross and Red Crescent”, the texts of the Resolutions adopted, and the report on “International humanitarian law and the challenges of contemporary armed conflicts: Recommitting to protection in armed conflict on the 70th anniversary of the Geneva Conventions”.

The upcoming editions of the Review are on ‘Protracted Armed Conflict’, ‘Digital Technologies and War’ and ‘The Sahel’.  Currently, there is an ongoing call for papers for our edition on ‘Terror/Counterterror’, with a deadline for submissions by 30 June, 2020. Interested authors can find more information on this at the Review website. For further information on recent developments, subscribe to our Law and Policy newsletter to receive latest content and to stay tuned for future updates on new projects, publications, upcoming events, as well as training opportunities offered by the ICRC. 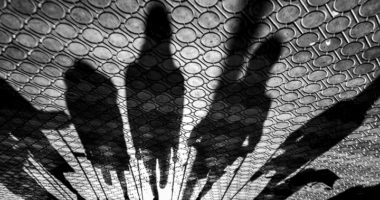