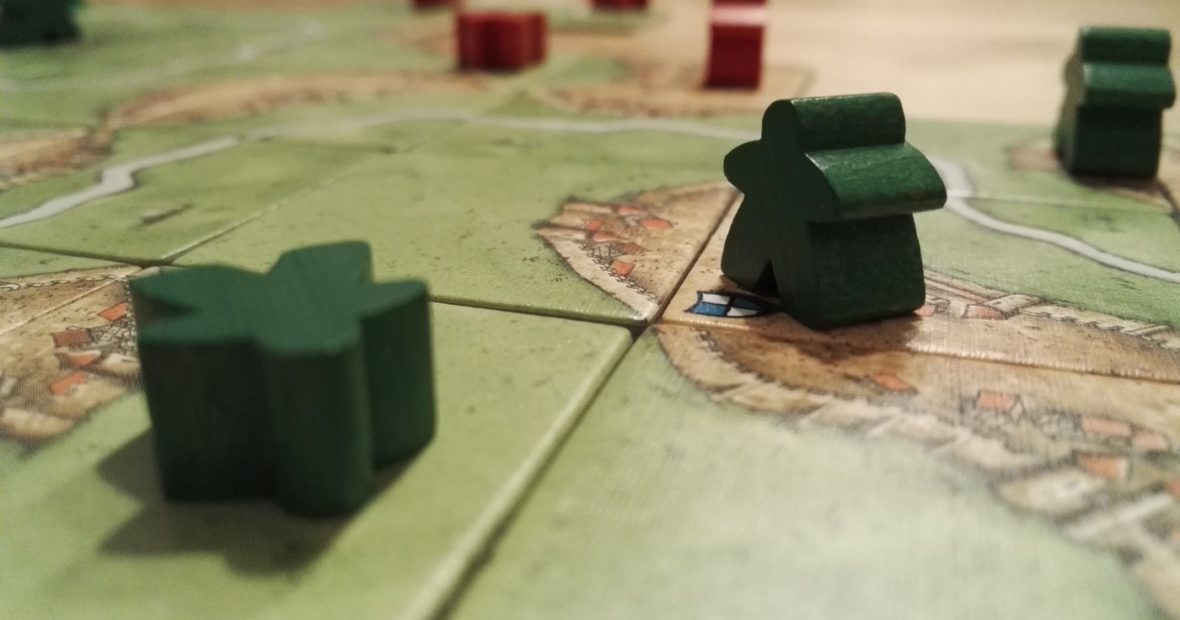 The use of smartphones, apps, social media and other methods of digital communication between people is constantly on the increase. This practice has extended into armed conflicts, where parties to the conflicts use such tools for both internal and external communications. Is international humanitarian law (IHL) applicable to the employment of these new technologies during armed conflict—and if so, how?

In this post, the author suggests that the development of information and communication technology, including social media, has provided parties to armed conflicts with new possibilities, not the least when it comes to interaction with the civilian population. This interaction, it is suggested, adds a new dimension to a concept known as military influence operations. As such, its legality must be thoroughly considered in order to minimise civilian harm in armed conflict. A case study—where parties to the conflict employ modern information and communication technology to encourage intelligence gathering by civilians—is used to demonstrate potential legal issues.

Use of new information and communication technologies by armed actors

In a recent blog post, Andrea Lunt raises the issue of smartphone and messaging app use by humanitarian actors. Lunt argues that these technologies provide humanitarian actors with new means of communication with those affected by crises and conflicts. She also, however, cautions that research shows that there are currently no clear codes of conduct, standards or ethical frameworks to regulate the use of such tool.

Humanitarians are not the only actors that see the benefit of using new information and communication technology to interact with the civilian population during armed conflict. States and international organisations are investing many resources to develop the ability to interact through these new technologies with different actors—not least, the civilian population—in conflict areas, see e.g., The Weaponization of Social Media (p. 8–13). The emergence of these technologies have also provided organised armed groups with cheap, easy and effective means of mass communication, an activity that has thus far been reserved mainly for States. For example, few can have missed ISIS propaganda and recruitment videos on social media platforms over the past several years.

The phenomenon described above is nothing but a modern example of an age-old method of using information in military operations. This method goes under many different names, including propaganda, psychological warfare or information operations. Here, however, the more contemporary term influence operations will be used. In essence, this term defines a method by which a military actor aims to affect the cognitive aspects rather than the physical aspects of individuals. This is primarily done by using information and communication, rather than physical force, to compel groups or individuals to behave or think in ways that are conducive to the aims of the actor, see e.g., the Rand Corporation’s report on the Foundations of Effective Influence Operations (p. 4).

The purpose of this post is to show that there may be many IHL considerations when conducting influence operations. This is demonstrated through a simple case study of an influence operation which relies on modern information and communication technology.

Before discussing the case study, however, three caveats should be emphasised: First, it is far from a comprehensive study. Second, the legal considerations in the study are general, and therefore may arise in other types of influence operations as well. Third, the analysis is confined to issues arising under IHL, although other areas of law may also be relevant.

Establishing the legality of influence operations

There is no comprehensive regulation under IHL on the use of communication to affect peoples’ attitudes and behaviour during armed conflict.  Although there are some references under IHL to ‘propaganda’—for example in Article 51 (1) of The Fourth Geneva Convention (GC IV)—they are both scarce and fragmented.

Therefore, in order to determine whether or not a specific act of influence is proscribed, prohibited, restricted or in any other way regulated by IHL, a two-step process is recommended. The first step consists of breaking apart the operation into its elements, by posing questions such as:

Only after having identified the elements of the influence operation can one continue with the seconds step, an analysis of the law applicable to each element. A case study may help explaining this approach further.

Contemporary wars are seldom waged in distant and abandoned battlefields. Rather, they take place ‘among the people’, as Vincent Bernard recalls in a recent post on this blog. Moreover, in such conflicts, intelligence plays a central role. In particular, intelligence is important in order to be able to conduct attacks with a minimum of harm to civilians. This aspect is emphasised by Nathalie Durhin in her recent article in the International Review of the Red Cross. There, she also acknowledges the problem of carrying out attacks when a party to the conflict does not have its own assets to gather intelligence.

In such situations, it may be appealing for a party to the conflict to encourage the local population to gather and convey intelligence about the opponent. The population, for its part, may be inclined to provide such intelligence, either because it is in their interest to assist that party, or because that party is promising remuneration or other incentives in exchange for the information. At the same time, it is also easy to imagine that a party to a conflict may perceive civilians as a threat once it realises that those civilians are providing information about its units, positions, numbers, etc. to an enemy party to the conflict.

A party to an armed conflict plans to recapture a besieged town. Before starting the main operations, the party plans to conduct an influence campaign through various social media outlets, by which it encourages civilian inhabitants to provide information on the whereabouts, size and equipment of the opponent via specific social media platforms. Images, notably videos, are especially encouraged, and the inhabitants may even gain pecuniary remuneration by submitting this kind of information. One specific app is designed as a game, in which civilians are encouraged to ‘collect’ different types of opponent units in order to score points.

An influence operation of this kind raises several challenging questions from an IHL perspective. Here, three in particular are addressed: direct participation in hostilities, the duty to protect civilians and the special protection afforded to children. They are tied back to the relevant analytical questions suggested above.

First, one foreseeable consequence of an influence operation is that the recipients actually do what they have been encouraged to do—in this case to provide intelligence to a party to the conflict. A civilian providing tactical intelligence about one party to the conflict to the other party risks being considered a person directly participating in hostilities. The civilian could then lose the protection otherwise afforded to him or her for such time as he or she is directly participating in hostilities, Article 51 (3) AP I, Article 13 (3) AP II and ICRC Customary Law Study Rule 6. It should be noted, however, that there are detailed, and sometimes contested, material and temporal aspects attached to the determination of when someone might be considered to be directly participating in hostilities when gathering intelligence, see e.g. ICRC’s Interpretive Guidance on the Notion of Direct Participation in Hostilities (p. 55). Indeed, one could also argue that the applicable rules do not prohibit civilians from participating directly in hostilities—and certainly do not prohibit the encouragement of civilians to such participation. Accordingly, it could be said that the rules have no relevance when it comes to the legality of the influence operation itself. Therefore, both how one interprets the legal norm as well as the value one attaches to the result of that interpretation may be issues to take into consideration when contemplating these kinds of influence operations.

The second point is also connected to the foreseeable consequences of the influence operation. Article 51 (1) AP I and Article 13(1) AP II place an obligation on parties to armed conflicts to protect the civilian population, as well as individual civilians, against the dangers arising from military operations. It is a far-reaching obligation in that it does not only call for the abstention of acts that endanger civilians, but also calls for active measures to protect civilians. Paragraph 1923 of the Pictet Commentary to AP I holds that Article 51 ‘explicitly confirms the customary rule that innocent civilians must be kept outside hostilities as far as possible’ (emphasis here). This general principle is furthermore reflected in the rules in Article 57 (1) AP I and Article 58 (c) AP I about precautionary measures that should be taken, both by attacking and defending parties, in the conduct of military operations. The central question here is how to interpret the scope of this ‘as far as possible’ obligation.

The third point pertains to the intended recipients of the influence operation. Arguably, a specific factor to consider in the above scenario is that the ‘game app’ may be particularly appealing to children. Both Article 77 (2) AP I and Article 4 (3)(c) AP II oblige parties to armed conflicts to take measures to prevent children from taking part in hostilities, although they have slightly different formulations and reach. This is also considered to be a duty that is binding as a matter of customary international law, see ICRC Customary Law Study Rule 137. In paragraph 3187 of the Pictet Commentary to the additional protocols, it is discussed whether certain acts, ‘in particular, gathering and transmission of military information’ qualifies as direct or indirect participation in hostilities. The conclusion arrived at is that ‘[t]he intention of the drafters of the article was clearly to keep children under fifteen outside armed conflict, and consequently, they should not be required to perform such services.’ It is furthermore notable that Article 8(2)(b)(xxvi) and Article 8(2)(e)(vii) of the Rome Statute criminalises the act of using children to participate actively in hostilities in both international and non-international armed conflict. These legal considerations could also have a bearing on the lawfulness of actions undertaken in this case.

Examining legal issues such as these will only become increasingly relevant to situations of armed conflict, as it is reasonable to assume that parties to the conflict will use all available means at their disposal—including new information and communications technologies—to interact with civilians. It is therefore worth emphasising that IHL could and should be applied also to operations using these new technologies.

Pontus Winther is lecturer and researcher at the Swedish Defence University. His research interest lies in the law pertaining to military operations, in particular to the use of influence operations during armed conflict.