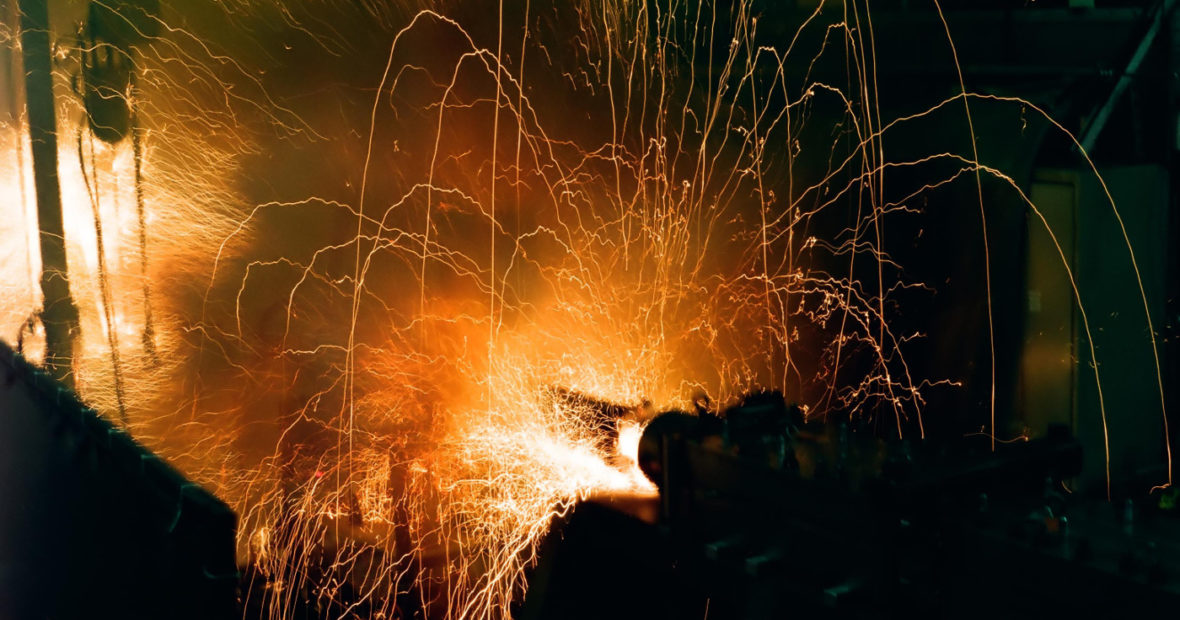 Using electricity, the electromagnetic railgun launcher fires at over 7000 km/h with a range of 200 km. (U.S. Navy)

Article 36 of the Additional Protocol I to the Geneva Conventions (AP I) states that each State Party is required to determine whether the employment of a new weapon, mean or method of warfare that it studies, develops, acquires or adopts would, in some or all circumstances, be prohibited by international law.

What is the scope of this obligation and what weapons, means and methods of warfare does it cover? At what stage of the development or acquisition of the weapon should the legal review be undertaken? How to ensure an effective review?

This post reviews some of the key points of the XXXIX Round Table jointly organized by the International Institute of Humanitarian Law and the ICRC. Focusing on Weapons and the International Rule of Law, this roundtable took place on 8-10 September 2016 in Sanremo, Italy.

Clarifying the implications of Article 36, AP I

Legal reviews of new weapons are critical measures States can take to ensure respect for international humanitarian law (IHL). As a matter of policy and practice, it is in States’ interests to conduct such a review as it fosters confidence building and transparency. “This also holds true for those States arguing that legal reviews might compromise their arms exports,” adds Professor Tuzmukhamedov.

Article 36 of AP I does not specify in what manner and under what authority reviews of the legality of new weapons are to be conducted. It is the responsibility of each State to adopt legislative, administrative, regulatory and/or other appropriate measures to effectively implement this obligation.

At a minimum, Article 36 requires that each State Party set up a formal procedure; in accordance with Article 84 of AP I, other States Parties to the Protocol may ask to be informed about this procedure. The establishment of a formal procedure implies that there is a standing mechanism ready to carry out reviews of new weapons whenever these are being studied, developed, acquired or adopted. The ICRC insists on having States sharing the reviewing processes, not necessarily the outcomes.

The 2006 ICRC Guide to the Legal Review of New Weapons, Means and Methods of Warfare (the ICRC Guide) states that:

State practice at a glance

“Of the 174 States having ratified AP I, between 15 and 20 States are known to conduct their own legal reviews, including, for instance, Australia, Belgium, the Netherlands, Norway, Sweden and the United States ; many others rely on manufacturer information and on the reviews conducted by others,” says Gilles Giacca. Among those having their own legal review procedure, obligations under international law might differ and even when they are subjected to the same obligations, differences in interpretation and implementation is another reason for States to conduct their own review.

Regarding the question of which weapons, means and methods of warfare are covered by the obligation, several States seem to adopt a wide interpretation that largely follows the 1987 ICRC Commentary on AP I, which states the following:

“The words ‘methods and means’ include weapons in the widest sense, as well as the way in which they are used. The use that is made of a weapon can be unlawful in itself, or it can be unlawful only under certain conditions… However, a weapon that can be used with precision can also be abusively used against the civilian population. In this case, it is not the weapon which is prohibited, but the method or the way in which it is used. (para 1402)”

Offering the Belgian Armed Forces’ perspective on the scope of the obligation, Lieutenant Van Hoofstat contends that the legal review covers “all types of such weapons and weapon systems; that is lethal and non-lethal, anti-personnel and anti-material”. The review is not limited to ‘new’ weapons strictly speaking, but includes “all weapons that are not yet in the Belgian arsenal”, as well as “weapons or weapons systems which are already in the Belgian arsenal but who’s function is altered by a modification”, for example the addition of an accessory to a weapon already reviewed.

While it falls upon States to decide how to implement the ‘New weapons’ provision of AP I, the ICRC Guide is in the process of being updated in consultation with States in order to support the sharing of review procedures and best practices.

When and how to conduct a legal review

In terms of lessons learned and best practices, Colonel Richard Batty contends that the review should start at a very early stage. He also emphasizes that the material scope of the review requires that a wide range of expertise and viewpoints be considered in the process, thus taking a multidisciplinary approach.

The review of weapons by a committee as opposed to an individual may ensure that the relevant sectors and fields of expertise are involved in the assessment. In either case, it is paramount that the reviewing authority has appropriate qualifications, and in particular a thorough knowledge and understanding of IHL. In this regard, it is advisable that legal advisers appointed to the armed forces take part in the review, or head the committee responsible for it.

The review should consider the technical performance of the weapon in order to verify whether its use may cause indiscriminate effects, among others. In a nutshell, the key factors to take into consideration are: the accuracy and reliability of the targeting mechanism; the area covered by the weapon; whether the weapon’s foreseeable effects are capable of being limited to the target or of being controlled in time or space.

For Lieutenant Van Hoofstat, the legal part of the review would answer a series of very clear questions: “Is the weapon in its nature indiscriminate? Is the weapon of a nature to cause superfluous injury or unnecessary suffering? Is the weapon expected or intended to cause widespread, long-term and severe damage to the natural environment? Is there any specific legislation prohibiting or restricting the use of the weapon?” On this basis the weapon under review will either be prohibited, considered lawful or considered lawful with certain restrictions.

Keeping up with changing weapons technology

Considering the significant advances in weapons technology made in recent times, the stakes for reviewing the legality of new weapons are very high, as Nils Melzer outlines in the ICRC’s new handbook on IHL:

“The duty to systematically review the legality of weapons is of particular importance today in light of the rapid development of new weapons technologies, such as remote-controlled drones and increasingly autonomous robots, cyber capabilities, nanotechnology, and the militarization of space…”

While there can be no doubt that existing rules and principles of IHL apply to any emerging weapons technology, it is crucial that more States conduct legal reviews. In this process, training workshops for States that do not yet have procedures in place will continue to play an important role. The ICRC can provide such support to States to develop or improve their national weapon review mechanism.