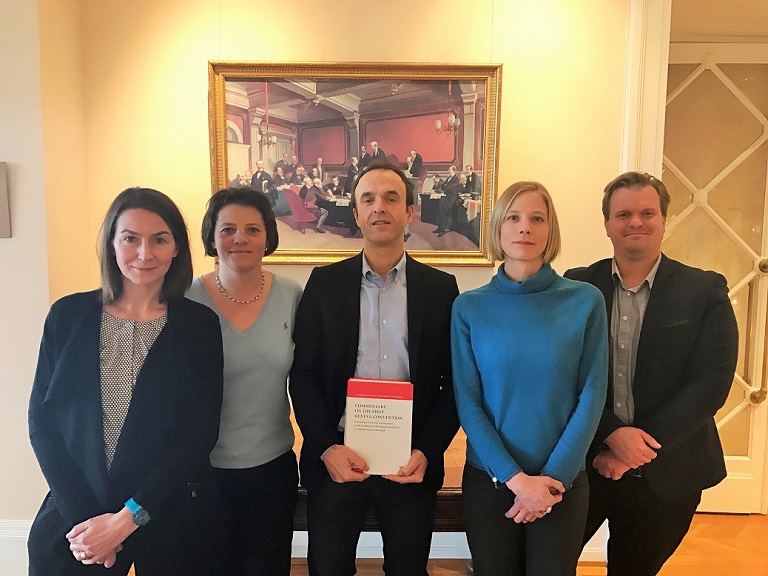 They differ in several respects. First, the updated Commentaries take into account the subsequent developments in international law and subsequent practice in the application and interpretation of the Geneva Conventions. The original Commentaries could not do this since they were written right after the adoption of the Conventions. Second, the updated Commentaries are written and reviewed by both internal ICRC lawyers, as well as external international humanitarian law experts. The original Commentaries were written almost entirely in-house and were not reviewed by outside experts. Third, the new Commentaries reflect ICRC positions, where they exist, but also main diverging views. What has not changed, however, is the in-depth and article-by-article approach of the Commentaries.

How important are the preparatory documents in the drafting process of the updated Commentaries?

Can you give concrete examples where preparatory work provided answers to interpretive interrogations encountered during the drafting process of the updated Commentaries?

How do the updated Commentaries differ from other academic works on the Geneva Conventions?

The updated Commentaries differ from articles and books on the Geneva Conventions in that they provide an article-by-article commentary. But most importantly, they also differ because they rely on information from the ICRC’s own as well as States’ experience in applying the Conventions. This information is mostly gathered through research in the ICRC Archives, most of which is open to the public, for example with respect to the Third Geneva Convention. This research gives us access to examples of how the Conventions have been applied and interpreted. It also provides insight into the challenges Parties to armed conflict have faced in applying the Conventions and how they dealt with those challenges.

What has been the added-value of archivists and librarians?

Based on my answer to the previous questions, the added-value of archivists and librarians is self-evident. The archivists help us tremendously to plough through the wealth of information in the ICRC Archives. Without their guidance it is difficult to do this kind of research. The librarians brought to our attention the existence of the minutes of the 1949 Geneva Diplomatic Conference. They also help us to understand the preparatory work and are instrumental in ensuring that our research in the legal literature and State practice is as complete and geographically representative as possible.

The documents preparatory to the Geneva Conventions – including the minutes of the Geneva Diplomatic Conference of 1949 – are available on the ICRC library’s online catalogue (in both French and English). They provide a deeper understanding of the background of the Conventions and are currently used by the project to update the commentaries on the Geneva Conventions.

The official records of the Diplomatic conference on the reaffirmation and development of international humanitarian law applicable in armed conflicts (Geneva 1974-1977) which adopted the 1977 Additional Protocols are also available in PDF format through the ICRC library’s catalogue. We are hoping to digitize the remaining preparatory work of the Additional Protocols in 2017 and 2018 to make them available online in time for the drafting of the updated commentaries on those two instruments.

A research guide on the Diplomatic conferences convened by the Swiss Federal Council and leading to the adoption of the Geneva Conventions of 1864, 1906, 1929 and 1949 and of the Additional Protocols of 1977 and 2005 is also available. It will allow users to better navigate through the thousands of pages of preparatory documents.