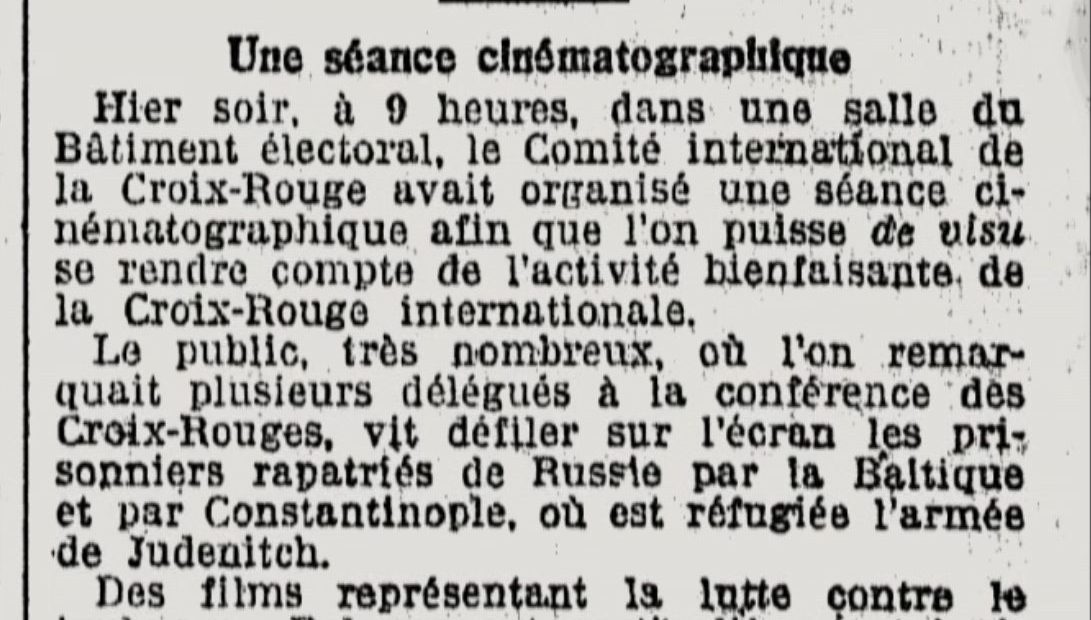 The subjects of these four films reflect the ICRC’s activities at the time: the repatriation of prisoners of war across the Baltic Sea, the fight against typhus in Poland, the relief of Hungarian children in Budapest and assistance to Russian refugees in Constantinople.

In 2005, a series of short documentaries was produced for the double DVD Humanitarian action and cinema : ICRC films in the 1920s. Each of them deals with a theme that allows a better understanding of the films themselves.

We suggest you discover them here. (In French)