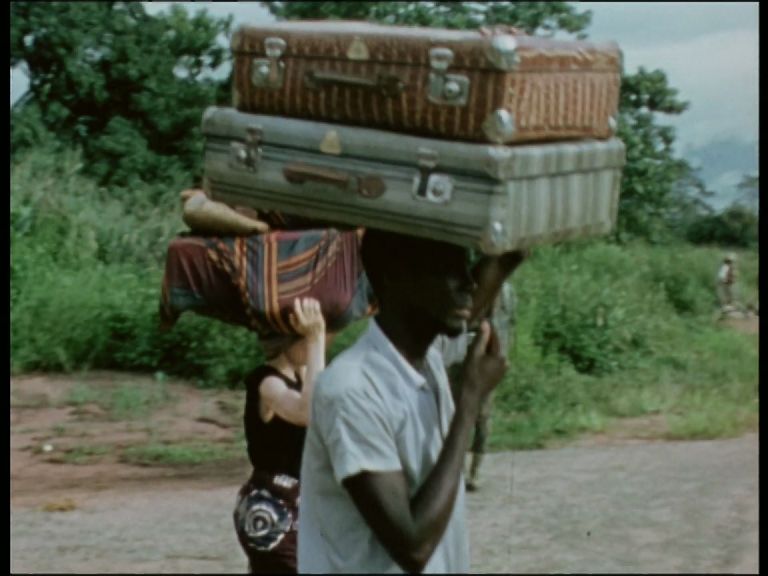 Within three years, the oldest films in the archives of the International Committee of the Red Cross (ICRC) will celebrate their 100th anniversary. One hundred years during which generations of ICRC film crews and staff have documented the effects of war on civilians and the humanitarian aid provided.

One of the recurring themes of the many productions in the ICRC’s film archives is the work done for internally displaced persons and refugees abroad following the many conflicts of the last hundred years. While the evolution of film equipment and techniques from the 1920s to the present day is undeniable, the choice of shots sometimes remains unchanged. Indeed, some productions present a relatively similar and, all in all, quite logical pattern, composed of three types of images often intervening in the same order: populations fleeing conflicts, life in the camps of displaced persons or refugees, and the humanitarian aid brought to these same camps by organizations such as the ICRC.

These scenes can be seen in four films made between 1923 and 2017, presented as examples in this first episode – dealing with shots of fleeing populations – and in the next one – which will be devoted to images of camps and humanitarian aid. These are La guerre gréco-turque : action de secours en faveur des réfugiés grecs (1923), Rescue, Biafra 1968 (1968), The border people : aspects of ICRC action on the Thai-Cambodian border in 1984 (1984), and Iraq : battle for Mosul causes massive destruction of everyday life (2017).

It should be noted that the purpose of this series of articles – chapter 1, chapter 2, chapter 3 and chapter 4 – is not to compare the contexts of the different conflicts, nor the action of the International Committee of the Red Cross over the years, but to highlight some of the images that the ICRC has chosen to film since the 1920s. (In French)