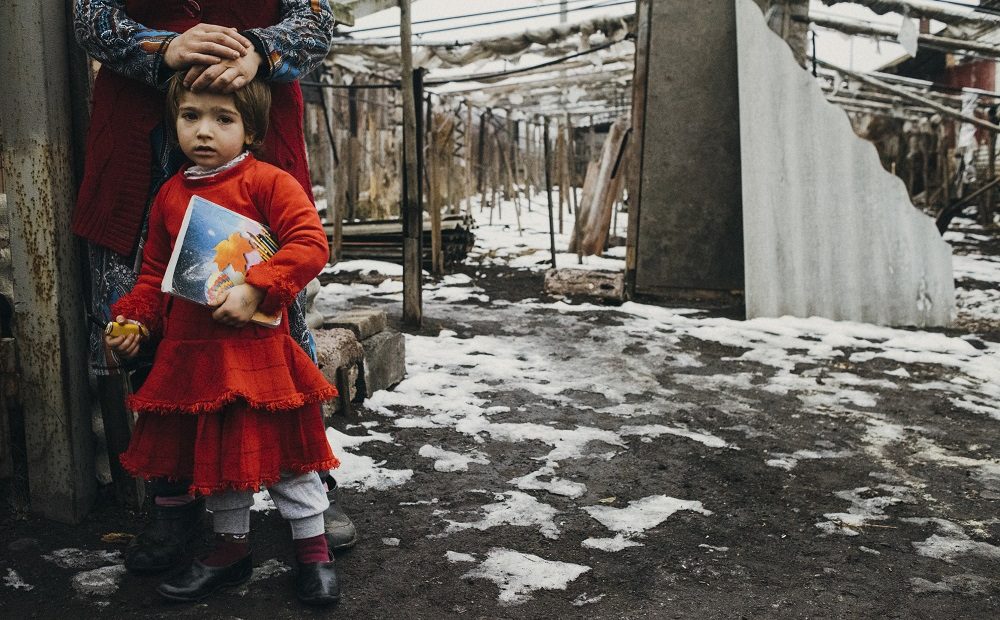 How can humanitarian actors better respond to the devastating impact of urban warfare and urban violence? The higher humanitarian stakes in cities – the cumulative impact on large numbers of people and the interconnected systems on which they depend – heighten both the challenges and the importance of putting into practice key hallmarks of effective humanitarian action.

In this post, ICRC Policy Advisers Charles Deutscher and Chandni Dhingra overview a new policy paper which takes stock of the ICRC’s experience responding to the impact of war and violence in cities.

ICRC Humanitarian Law & Policy Blog · Present and engaged: how the ICRC responds to armed conflict and violence in cities

The Swiss military occasionally does drills around Geneva – from where we are writing – positioning artillery on Lac Léman where people often swim or picnic. It is sobering to contemplate the consequences for the people of this city – or yours – if such artillery actually needed to be used: if swimmers and picnickers were wounded or killed; if homes, essential services systems, and cultural monuments were destroyed; if encirclement meant food could not get in and people could not get out; if streets were contaminated with unexploded ordnance.

What is a hypothetical for some is a harsh reality for many: over 50 million people are impacted by urban armed conflict – of which the armed conflict between Russia and Ukraine is but another manifestation – and some 1.5 billion people live in fragile settings like the slums of Rio de Janeiro, where chronic armed violence plagues daily life. This is unlikely to change in the foreseeable future as the world continues to urbanize.

The responsibility for reducing human suffering amidst war and violence lies primarily with States and other duty bearers, based on their obligations under international humanitarian law (IHL) and other relevant law. However, humanitarian actors can and must do better. That is why we have been taking stock of our experiences and reflecting on what it is about cities as operating environments that creates particular humanitarian consequences, and how we should adapt our responses accordingly – often with other components of the Red Cross and Red Crescent Movement.

We spoke with ICRC staff involved in urban responses in six countries – Brazil, Colombia, Honduras, Libya, the Philippines, and Ukraine[i] – about their experiences, challenges they faced, and what makes urban environments different. Based on these exchanges, a decade of ICRC publications on different aspects of urban response, and external literature and urban-good-practice initiatives, this post shares some of what we learnt. Our recent publication, ‘Present and engaged: How the ICRC responds to armed conflict and violence in cities’, goes into greater detail.[ii]

Broadly, we found what is important to humanitarian action in cities affected by armed conflict and violence is not hugely different to other environments. Yet, our interviews show that putting key hallmarks into practice can be difficult – the ICRC has often fallen short of them. Reasons include external factors stemming from the specificities of cities, like the sheer number of people affected by urban warfare and urban violence, and the scale and scope of their cumulative impact. Reasons also include factors internal to the humanitarian sector, such as entrenched ways of working around sectoral expertise and emergency response.

It is precisely because the humanitarian stakes are higher in cities that putting the following mutually-reinforcing lessons into practice is particularly important.

1. Humanitarian responses must take into account the distinct character of the humanitarian needs in cities

People live in cities primarily to access the various employment, educational, social, and other opportunities that urban life affords. The ICRC understands a city as a complex set of sub-systems which represent different interconnected areas of urban life: community, economy, governance, and services. People are at the heart of these sub-systems, forming part of a city’s fabric through their innumerable interactions and interdependencies. In exchange for these opportunities, however, people forgo a significant degree of self-reliance compared to rural counterparts in that they depend for survival on goods and services provided by the State or third parties, including water, sanitation, electricity, and healthcare. This ‘urban paradox’ makes people vulnerable to system disruptions and, together with their population density, size, and complex social and governance dynamics, distinguishes cities from other sites of war and violence.

Despite differences in their humanitarian consequences, both urban warfare and urban violence impact the fundamental preconditions for participating in urban life: the ability to earn a living (livelihoods), access essential goods and services (goods and services), and move about freely for these and other purposes (mobility).

What does this mean for humanitarian responses in cities?

2. Humanitarian responses must support individuals and the urban systems they depend on

Between 2014-2021, for example, the ICRC used its technical understanding of water infrastructure and relationships with services providers to map critical pumping and filtration stations along the 400 km-long front line around Donetsk and Luhansk in Ukraine. We used this to remind belligerents of their IHL obligations to protect such infrastructure and highlighted the humanitarian consequences that would follow if it were damaged and hundreds of thousands of people were deprived of water.

Supporting systems to reach large numbers of people does not negate the need to adapt to individuals’ particular needs and vulnerabilities. Here, the manner in which humanitarian action is carried out matters: ‘not just going to distribute’, said an ICRC staff member in Donetsk, ‘but also listening to people’s stories and needs so they know they are not forgotten’. People’s economic security deserves particular attention, as access to sustainable income is critical to meeting basic needs in cities, and to prioritizing long-term investments in areas like education and housing. While rarely used in isolation and not without limitation, cash can be a key means of support, enabling people to decide themselves how to meet their specific needs while stimulating the economy.

Although the ICRC has been in its ten largest operational contexts for over 40 years, most with urban dimensions, striking a balance between meeting short- and long-term needs remains a challenge. Longer-term activities that would help strengthen the resilience of people and systems may be postponed, particularly when emergencies occur repeatedly in a country.

The ICRC developed a long-term vision while retaining its emergency response capacity in supporting water provision during and after the 2017 Battle of Marawi in the Philippines. Our emergency response was carried out in ‘traditional’ ways, for example, trucking water to people displaced to temporary shelters. As hostilities severely damaged the main water-pumping station, we also commissioned a detailed study – which local authorities did not have the capacity to undertake – to assess the infrastructure’s physical condition and capacity. This provided a basis for longer-term support, including refurbishing the service provider’s offices to ensure decent working conditions and enable them to provide water to others. ‘It took us time to shift operational logic [from emergency response] and obtain the required resources’, an ICRC engineer recalled, ‘but the Marawi master plan was a game changer in terms of long-term ICRC thinking and collaboration [with local authorities and development actors] to strengthen system resilience’.

4. Humanitarian responses must be multidisciplinary

Humanitarian responses in cities must be multidisciplinary, ideally from the outset, because people do not compartmentalize their experiences by sector. While this applies to humanitarian action generally, the consequences of not adopting a multidisciplinary approach are likely to be far more serious in a city, because of the number of people concentrated there, the lack of alternatives to the goods and services provided by the State or third parties, and the interconnectedness of urban sub-systems. Beyond mere coordination, this means incorporating sector-specific expertise into a holistic response that takes on the root causes of people’s humanitarian challenges.

For example, conflict around the Libyan city of Tripoli in 2019-2020 displaced over 100,000 families. As families eventually began returning home, ICRC teams conducted a multidisciplinary assessment as part of a programme aiming to restore some normalcy to their lives by creating conditions conducive to a durable return. The assessment was multidisciplinary both in the teams’ composition and in the questionnaire used to guide conversations with families about their needs and aspirations. In the end, in-kind support – food, household items, and services (e.g. to reconnect separated families) – combined with cash was deemed an effective combination to help people meet their needs and revive local markets. Coordinated with local authorities and community working groups, such activities benefited nearly a million people across Libya in 2020. Importantly, our Tripoli delegation leadership during this time was actively connecting teams across disciplines to help normalize such approaches.

5. Humanitarian responses must mobilize and enable other actors

In cities where the scale and scope of needs exceed their roles and capacities, humanitarian actors can contribute to a sustainable humanitarian impact by acting as facilitators and working through local institutions, authorities, and the private sector – perhaps even more than through direct implementation.

In eight Brazilian cities, for example, the ICRC works with local authorities responsible for health, education, and social services to implement a specific risk management methodology – the Safer Access Framework for Essential Services – which provides them with practical ways to continue doing their jobs despite high levels of urban violence. This resulted in a 40% drop in service-unit closures in Rio de Janeiro in 2017-18 alone, and over four million people have benefited from increased access to health care and education since 2017.

In other instances, the ICRC has acted as a neutral intermediary to facilitate: entry for an energy company into areas it could not reach because of the presence of armed groups to redesign public lighting and allow people to remain at work and school after sunset (Buenaventura, Colombia), and payment of water bills by people living in areas not controlled by the government to the service provider based in a government-controlled area (around Luhansk, Ukraine).

A key challenge initially in these contexts was identifying the right authorities to work with. As an ICRC staff member in the Brazilian city of Fortaleza put it, ‘[In a] political and bureaucratic spiderweb, it’s not always easy to determine where the gaps are or who is responsible and able to address them’. Here, local ICRC staff – with their deep local knowledge – are critical to building relationships of trust well before a crisis hits.

More than bricks and mortar: work with the city, not just in the city

Present and engaged is intended primarily for humanitarian actors, but it is not a prescriptive how-to guide. Rather, it provides a conceptual framework and recommendations that will continue to guide the ICRC’s own action, including as part of efforts with the wider Movement to implement two resolutions on war in cities and urban resilience that it adopted in 2022.[iii] We encourage other humanitarian actors to consider the recommendations in theirs.

If, collectively, we develop a sound understanding of people’s needs and dependence on urban sub-systems, work across technical silos, and partner purposefully with local authorities, communities and other stakeholders, we will better meet people’s basic needs amidst conflict and other violence and have helped to build resilient cities in the process. After all, Shakespeare was right, ‘What is a city but the people?’[iv]

[i] We finished conducting interviews for this publication in 2021. 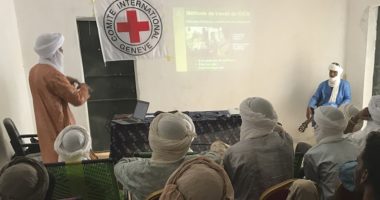 In line with its mandate, the ICRC engages with all parties to an armed conflict, including non-State armed groups. The ICRC has a ...