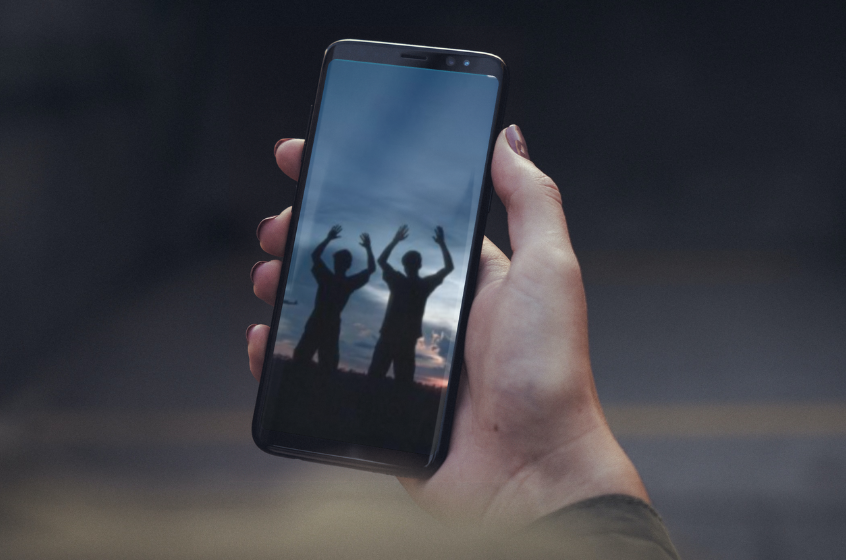 Recent media reports on prisoners of war (POWs) and deceased combatants have raised questions among journalists and the general public about how the Geneva Conventions regulate images and information related to military personnel in armed conflict.

In this post, ICRC senior legal adviser Ramin Mahnad offers a brief explanation of the basic tenets of the Third Geneva Convention of 1949 and its prohibition against exposing POWs to ‘public curiosity’. The ICRC calls on media outlets – in fulfilling their essential public service – to apply appropriate professional practices and exercise restraint to help ensure that captured and killed combatants benefit from the protections owed to them under the international law of armed conflict. It also calls on social media companies to take measures to prevent unlawfully disclosed images and information from circulating on their platforms.

In simplest terms, members of the armed forces who fall into the hands of an enemy State during an international armed conflict are prisoners of war (POWs).  The Third Geneva Convention (GCIII) requires that POWs be treated humanely and with respect for their honour in all circumstances. They are protected against any act of violence, as well as against intimidation, insults, and exposure to public curiosity. These and other protections also apply to deceased combatants in the hands of the enemy.

What does ‘exposure to public curiosity’ mean, and why is it so problematic?

The prohibition of exposing POWs to public curiosity is driven by two concerns: the desire to preserve the dignity of military personnel who have surrendered or been captured, and the imperative to protect them from harm during their captivity and upon their release.

Parading POWs through the streets and distributing images of their corpses as propaganda are the most obvious examples of treatment that would violate the rule. But the term ‘exposure to public curiosity’ also covers the simple disclosure of images of POWs, recordings of interrogations or private conversations, personal correspondence, and any other private data.

Even if POWs appear to make voluntary public statements or willingly participate in the recording of images, disclosure to the public remains unlawful. Any decision by a POW is made in circumstances where their wellbeing depends entirely on an enemy power. The inherent vulnerability of their situation, and the high risk of duress that comes with it, underpins this and many other provisions of the Third Geneva Convention. The States parties – aware of this danger – were careful to include a rule expressly prohibiting POWs from renouncing their rights under the convention.

The publication of images or personal data identifying individual POWs or deceased combatants – even when it is not accompanied by insult, humiliation, or ill intention – can also amount to exposure to public curiosity. The mere disclosure of personal information can draw attention to, and misrepresent, POWs in precisely the ways the Third Geneva Convention aims to prevent: underlying the prohibition against exposure to public curiosity is the understanding that combatants fight and risk capture, not out of individual purpose or malice, but in fulfilment of a duty owed to their States by virtue of their membership in the armed forces; a degree of anonymity in the public eye protects those who have fallen into enemy hands from being demonized or shamed as individuals.

In addition, the public disclosure of identities of individual POWs can put their lives at risk upon release. In the context of war, the simple fact of having surrendered or been captured can be enough to motivate violence against POWs and their families. Add to this a heightened scrutiny of how the POWs have responded to capture, their rapport with enemy military authorities, and other perceived indications of conflicting or wavering allegiance, and the risks to captured combatants at the hands of both private and public actors upon release are easily imaginable.

How does the prohibition against exposure to public curiosity accommodate other legitimate interests?

Some might point out that disclosing personal information about POWs can serve an important purpose. For example, it might prove that missing military personnel are alive, convey a recognition of their detention, or clarify who is accountable for them. This transparency can in turn act as a safeguard against unlawful execution, enforced disappearance and ill-treatment. Likewise, photos and other visual evidence can aid in the prosecution of war crimes, promote accountability and raise public awareness of abuses, contributing to greater respect for the law of armed conflict.

These are all important points, and in some respects, the law itself has already taken them into account. For example, the Third Geneva Convention maintains transparency in detention operations by requiring states to establish national information bureaus, which then gather and transmit POWs’ personal data to their home states (and families) via the ICRC’s Central Tracing Agency (CTA). The Convention further empowers POWs to share information directly with their families and the CTA using ‘capture cards’. Together with provisions mandating ICRC visits to POW internment camps and enabling ongoing correspondence between POWs and their families, these rules prevent missing cases and maintain family links without compromising the dignity or safety of the POWs.

In some cases, the purpose of the prohibition must be balanced against compelling interests. According to the updated Commentary of the Third Geneva Convention (GCIII), any materials that enable individual prisoners to be identified must be presumed to subject them to public curiosity and, therefore, may not be transmitted, published or broadcast. If there is a public interest in revealing the identity of a prisoner (for instance, owing to their seniority or because they are wanted for prosecution) or if it is in the prisoner’s vital interest to do so (for example, when they go missing), the identifying material may exceptionally be released, but only insofar as it respects the POWs’ dignity. Likewise, images of prisoners in humiliating or degrading situations may not be transmitted, published or broadcast unless there is a compelling public interest in doing so (for instance, bringing serious violations of international humanitarian law to public attention) and the images do not disclose the identities of the individuals concerned.

How might the media contribute to better respect for the Third Geneva Convention while still performing its essential role?

Although the responsibility to ensure respect for the Geneva Conventions lies primarily with States, the media itself can take measures to make sure that POWs are afforded the dignity and respect that the Third Geneva Convention guarantees. When receiving information from government authorities, media outlets should not assume that the sharing of such information is lawful under the Third Geneva Convention and, as a rule, should not further transmit the images and personal data they receive. In addition, prohibited images or private data of prisoners leaked to the press or posted on the internet can be quickly picked up and retransmitted by television channels, newspapers, websites and social media users all over the world. Media should exercise the same caution and restraint when handling images and private data received in this manner.

If in the course of covering an armed conflict, media outlets conclude that there is a compelling reason to further publish images and information received, they should do so only to the extent strictly necessary, and they should exercise the same types of restraint they employ when handling information related to victims of sexual violence, children, and other vulnerable persons whose identities they take measures to conceal. Media outlets that have decided there is a compelling interest in publishing photos or footage of POWs or deceased combatants can blur images, alter voices, and use other methods of concealing identities to protect their dignity and ensure their safety.

What is the role of social media, and how might social media platforms contribute to better respect for the law?

When the Third Geneva Convention was adopted in 1949, ‘exposure to public curiosity’ in the media would likely have taken the form of video footage or photographs on TV or in newspapers. Today, it can mean an individual broadcasting from his personal phone to millions of viewers who can react by doing the same.

The fact that social media platforms did not exist when the Geneva Conventions were adopted in 1949 does not change the original meaning and intent to preserve the dignity of military personnel and protect POWs against public curiosity. International humanitarian law (IHL) does not make any distinction as to the communication channel used.

Social media platforms can replicate the transmission of unlawfully disclosed images and information at unprecedented rates, amplifying the vulnerability of POWs to harm, as well as degrading personnel killed in action. The role of content moderators is therefore critical. Images of POWs or fallen combatants, as well as information identifying them, should be systematically removed from social media platforms to the extent feasible. If a social media platform decides to exercise editorial discretion over the publication of a specific POW’s identity or image, it should employ the same professional practices and restraint as traditional media outlets.

Why is this issue relevant to the ICRC?

The States party to the Geneva Conventions have mandated the ICRC to work for the protection and assistance of civilian and military victims of armed conflict. The ICRC has the right to visit Prisoners of War and to bring any IHL violations to the attention of the concerned authorities. Furthermore, parties to the conflict must transmit information on certain individuals, notably POWs and killed combatants in enemy hands, to the ICRC’s Central Tracing Agency (so that it can forward that information to the adverse party and to families).