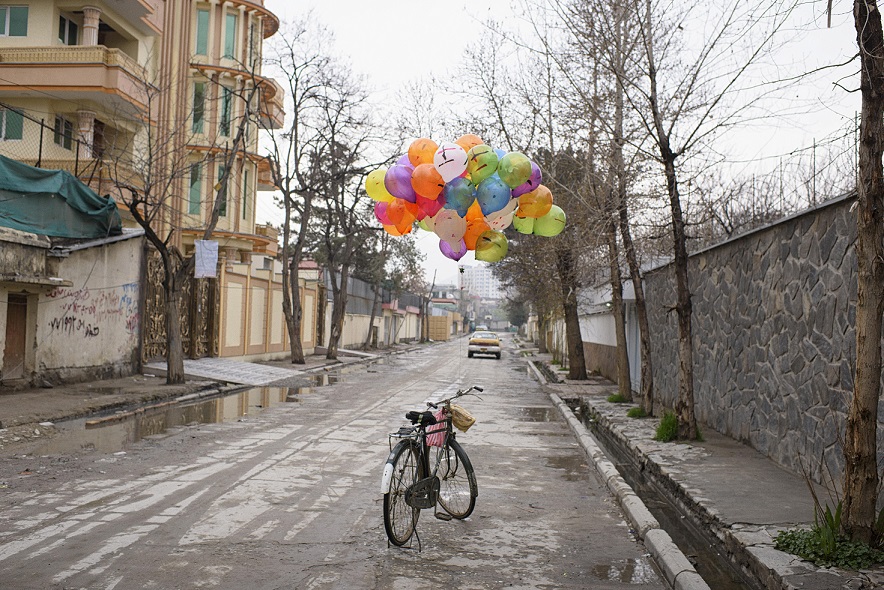 Today’s 71st anniversary of the 1949 Geneva Conventions is an opportunity to recall once more the vital role of international humanitarian law (IHL) in upholding human dignity in situations of armed conflict. While the Conventions, and IHL more generally, frame crucial limits on the suffering that may be inflicted in armed conflict, it is only through faithful dissemination, implementation and respect of IHL that better protection for victims of armed conflicts can be achieved. In this blog post – a joint contribution by customary law experts and researchers from the ICRC and the British Red Cross – the authors reflect on the role of the Geneva Conventions and wider IHL in the regulation of contemporary armed conflicts, and on the contribution that one IHL tool in particular, the customary IHL database, which shares the August 12th birthday with the Conventions, aims to make.
ICRC Humanitarian Law & Policy Blog · August 12th: hopes and wishes?

“…Wednesday’s child is full of woe,

Thursday’s child has far to go,

Friday’s child is loving and giving…”

On Friday, August 12th, 71 years ago and just four years after the horrors of the Second World War, the 1949 Geneva Conventions were adopted. In doing so, as noted by the ICRC President on the occasion of the Conventions’ 70th anniversary, States ‘made a critical declaration: that even in armed conflict, even between fierce enemies, there must be limits on the suffering that we can inflict upon each other’. The Conventions remain crucial expressions and reminders of our common humanity.

The Geneva Conventions and wider international humanitarian law (IHL), in the words of the ICRC President, do ‘not ask the impossible. States were not carried away by lofty ideals when they negotiated the treaties. They knew the realities of war and they set out inherently pragmatic rules to protect and respect human life and dignity’. Striking a careful balance between military necessity and humanity, IHL, to this day, ‘remains a key tool for States to deal with contemporary challenges’ of armed conflict.

The fundamental relevance of international humanitarian law is put into even starker relief as, this year, the world scrambles to pull through the COVID-19 crisis. The difficulties that men, women and children already experience in situations of armed conflict make them even more vulnerable to the current pandemic. In too many places around the world the coronavirus is yet another tragedy, unfolding alongside armed conflict.

Reflecting on the nursery rhyme above, it would of course go too far to describe IHL, a body of law that governs the harsh realities of armed conflict, as ‘loving and giving’. But the line States have drawn with IHL on the suffering that may be lawfully inflicted, and their appeal, embodied in firm IHL obligations, to uphold human dignity even in armed conflict, may be the closest one has come to that in the effort to contain the impact of armed conflict.

Today also marks the tenth anniversary of the customary IHL database, launched on Thursday August 12th, 2010. It makes available online the 161 rules found in the 2005 ICRC study on customary IHL, together with the practice underlying them. The database’s practice section is regularly updated. While the study, mandated by the 26th International Conference of the Red Cross and Red Crescent, was undertaken to identify rules of customary IHL applicable in international and non-international armed conflicts, the database continues to make worldwide information on IHL widely accessible.

The ongoing importance of customary IHL

The 1949 Geneva Conventions have been universally acceded to or ratified. However, other key IHL treaties, such as the 1977 Additional Protocols, while also counting high numbers of States party, do not enjoy such universal ratification. Customary IHL, formed, as described in the ICJ Statute, by ‘a general practice accepted as law’, binds, in principle, all States – independent of the applicability of treaty law. It can fill gaps if, in a given armed conflict, a treaty is not applicable, and it can provide protection where applicable treaties do not address certain issues, which is especially the case for treaty law governing non-international armed conflicts. Customary IHL therefore remains essential in the regulation of armed conflicts and the protection of their victims.

Apart from providing online access to the rules identified by the 2005 study, the database, in its practice section, offers unique insight into how States worldwide understand and apply their IHL obligations, as expressed, for example, in their military manuals, national legislation, national case law and other official public documents. Importantly, the database includes such expressions irrespective of whether they may be in support of the rules identified in 2005 or not. The regular updates of the practice section have immensely expanded the volume of information available to users since the publication of the 2005 study and the database’s launch. Nevertheless, the database does not claim to be exhaustive, of course.

A search function allows database users to finetune their research. For example, a search for national case law on rape and other forms of sexual violence guides users to extracts from judgments by domestic courts of Bosnia-Herzegovina, China, Colombia and the Democratic Republic of Congo, among others.

Since December 2019, the rules section of the database is also available in six additional languages besides English: Arabic, Chinese, French, Portuguese, Russian and Spanish. The practice section continues to make worldwide practice available in English.

The customary IHL database throughout the years

The identification of customary international law is an intensely discussed topic. Customary IHL is no exception, as was shown by the important debate following the publication of the 2005 study. At the same time, the study has been appreciated as an impressive piece of research and useful resource.

For its part, the database has been recognized for its role as a research tool in the field of international law. It has been available to facilitate the identification and application of customary IHL by government officials, lawmakers as well as national and international courts dealing with war crimes cases, for instance. It has also been an important reference tool in the ICRC’s day-to-day work, allowing it to refer to country-specific information in its dialogue with national authorities, as well as supporting activities on IHL dissemination and implementation in domestic law.

An indicator of the database’s relevance can be found in recent statistics on its use: in 2019, the database was viewed 856,224 times. In the first six months of 2020 alone, the database was viewed 722,850 times, an 85% increase on the same period in 2019. Contemporary debates and concerns often have an impact on the use that is made of the database. For example, since the onset of the COVID-19 crisis, database pages on the protection of medical personnel have been ranking among the most visited.

On the database’s tenth anniversary, it is important to highlight the many contributors to its practice section’s update throughout the years. Without the collections of national practice carried out by longstanding partners such as National Societies, National IHL Committees and academic contributors, in addition to ICRC delegations worldwide, the range and quality of practice on the database would not be possible.

In 2020, it has also been 13 years since the ICRC and the British Red Cross established their partnership for the update of the database’s practice section. Since 2007, this unique partnership has also been able to count on the support of the Lauterpacht Centre for International Law at the University of Cambridge (UK), hosting the British Red Cross-ICRC research team. Since 2014, the International Criminal and Humanitarian Law Clinic at Laval University in Canada has been another strong partner, focusing especially on the analysis of international materials.

We would like to express sincere gratitude to all partners for their continued support. If the database has come a long way since its launch in 2010, it is thanks to them.

What world greets children born on this Wednesday, August 12th, 2020? It is a world still ravaged by armed conflicts – a world full of woe. A world still in dire need of the protections provided by the 1949 Conventions and IHL more widely.

As the 1949 Geneva Conventions carry on into their eighth decade, complemented by the wider body of IHL, and as the customary IHL database enters its second decade as a practical tool in the field of IHL, the hope is that they will be able to contribute to achieving one common goal: a better protection for the victims of armed conflict.