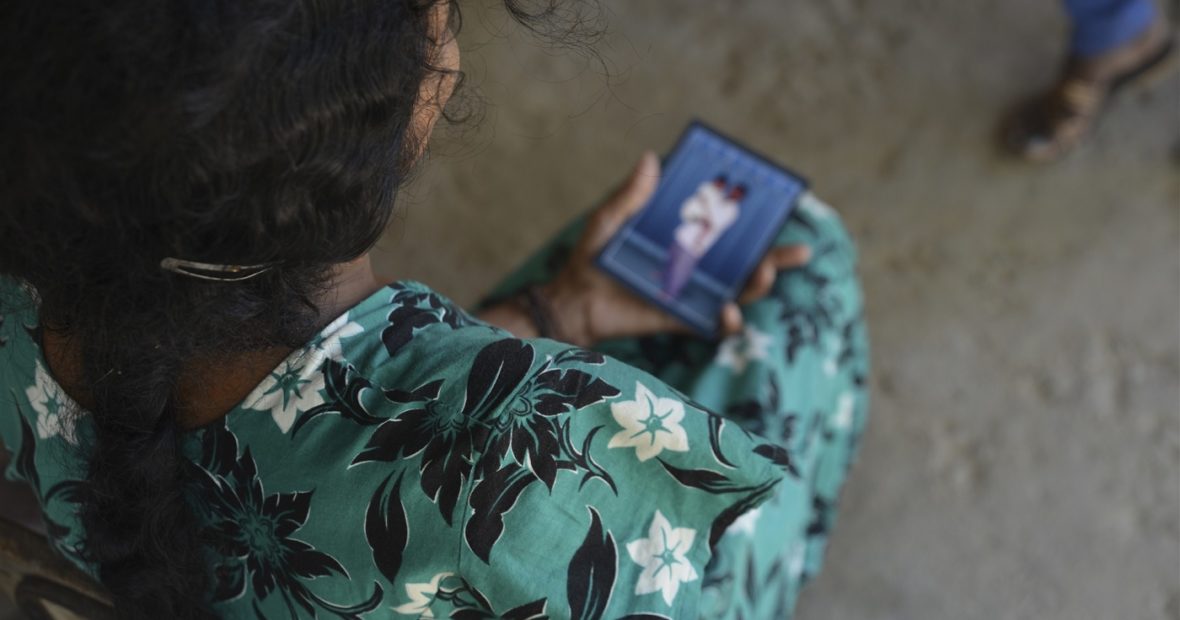 The International Review of the Red Cross launched an edition on The Missing earlier this year, the first time an edition of the journal has been dedicated to this important humanitarian problem since 2002. Articles cover a wide range of key topics related to missing persons and their families, from legal protections and obligations, to transitional justice mechanisms and reconciliation efforts.

“Every day, people go missing amidst conflict and violence, or on the paths of exile, displacement or migration”, Vincent Bernard points out in his editorial for this issue.

The ICRC has a broad definition of missing persons. It covers those whose whereabouts are unknown to their relatives and/or who—based on reliable information—have been reported missing in connection with an international or non-international armed conflict, another situation of violence, a natural disaster or any other situation that may require action by a neutral and independent body, including in the context of migration.

In the context of armed conflict, international humanitarian law (IHL) guarantees the right of families of missing persons to know what happened to their loved ones who go missing, to be reunited with them if they are still alive, and if they are dead, to be able to mourn them with dignity and in accordance with their beliefs and traditions.

Forensic identification of human remains can complement investigations tracing the person’s whereabouts. In this edition Morris Tidball-Binz describes how humanitarian forensics developed and how it can help to clarify the fate and whereabouts of the missing, among other things.

Meanwhile, Grazyna Baranowska looks at how the international obligation to return the remains of missing and disappeared persons has evolved over time and how international actors have become involved in the process, concluding that national authorities should remain primarily responsible, with international actors intervening only in rare circumstances.

Ahmed Al-Dawoody, in his article, finds that Islamic law contains similar obligations regarding the management of the dead, and may even be more protective than IHL in certain cases.

Efforts to clarify the fate and whereabouts of missing persons

Both IHL and human rights law mandate that States take measures to investigate cases where people go missing. As Ximena Londoño and Alexandra Ortiz point out in the Review, it is essential that national authorities implement these international obligations into their domestic legal systems. These authors look at three challenges in particular: the definition of missing persons; creating a recognized legal status for missing persons; and creating mechanisms to search for the missing and respond to the needs of their family members.

Authorities bear the primary responsibility to prevent disappearance and uphold the right to know. In addition, the International Red Cross and Red Crescent Movement has a worldwide network of National Red Cross and Red Crescent Societies and ICRC Delegations, coordinated by the Central Tracing Agency, that can support efforts and accompany families who are missing a loved one.

As discussed in the edition, there are different forms of mechanisms designed to deal with the past that can search for missing persons and address the needs of their relatives, either as their main task or as part of their work. Archives provide crucial sources of information for mechanisms aimed at dealing with the past, which must be preserved and made accessible, as Elisabeth Baumgartner and Lisa Ott write in their article.

Families of missing persons play an important role in keeping their missing relatives at the centre of political debate in their quest to find answers. This edition of the Review opens with an interview with Estela Barnes de Carlotto, President of the Grandmothers of the Plaza De Mayo in Argentina. Her organization played a pioneering role in driving the development of genetic technology and methods of analyzing DNA to trace missing people. She says “Our task is to continue to raise awareness of this issue, of this project and to do all we can to prevent this mass abduction of people from ever happening again… We have been in direct contact with people in Sri Lanka, Turkey, Greece, Italy—in so many places where this is still an issue and where a solution must be found.”

This edition features three articles on Sri Lanka, one context where missing persons are a major humanitarian concern. In the past there have been several attempts to establish missing mechanisms there. In 2015, the government of Sri Lanka co-sponsored Resolution 30/1 of the UN Human Rights Council titled ‘Promoting reconciliation, accountability and human rights in Sri Lanka’.

Following the adoption of this resolution, the Sri Lankan government has engaged in reforms to implement its recommendations, including by setting up this transitional justice process. As part of this, the Consultation Task Force on Reconciliation Mechanisms (CTF) consulted families to gather their views on how such mechanisms should be designed, established and later function, as detailed in the article by Maleeka Salih and Gameela Samarasinghe. The resulting report recommended that transitional justice mechanisms should be designed to take into account the psychosocial needs and well-being of families of the missing. Support should be provided to families before, during and after their engagement with such mechanisms.

Today in Sri Lanka, the Office for Missing Persons (OMP) has a mandate to clarify the fate and whereabouts of missing persons as part of a four-pronged transitional justice process. The OMP is the subject of two complementary articles in this edition looking at the relationship between families’ right to truth about what happened to their loved ones, and victims’ and families’ right to justice for any wrongdoing that caused them to go missing. Isabelle Lassée examines the tension between a purely humanitarian approach to investigations into the fate and whereabouts of missing persons and criminal justice processes, arguing that an integrated approach would serve both truth and justice. On the other hand, Vishakha Wijenayake discusses how the OMP’s primarily humanitarian character may impact any eventual criminal prosecutions, observing that the two approaches may in fact be complementary.

Also featured in this issue

This edition of the Review also addresses some of the latest developments related to humanitarian action undertaken on behalf of the missing and their families. In recent years, the phenomenon of missing migrants has come to the fore. Where migrants find themselves in situations of armed conflict, they are protected by IHL, including relevant provisions related to missing persons. In peacetime, human rights norms apply.

The 2016 UN Working Group on Enforced or Involuntary Disappearances report on enforced disappearances in the context of migration is discussed in detail by Bernard Duhaime and Andréanne Thibault in this edition. In her article, Gabriela Citroni looks at how the issue of missing and disappeared migrants is being addressed in Mexico and Central America.

Regarding the work of the ICRC, the Missing Persons Project (MPP) was launched in 2018, aimed at establishing standards and best practices for practitioners in the field of the missing. The practices, principles and standards aimed at addressing the needs of families of the missing, including mental health and psychosocial support, as well as legal, administrative and economic assistance is just one of the areas that the MPP is examining.