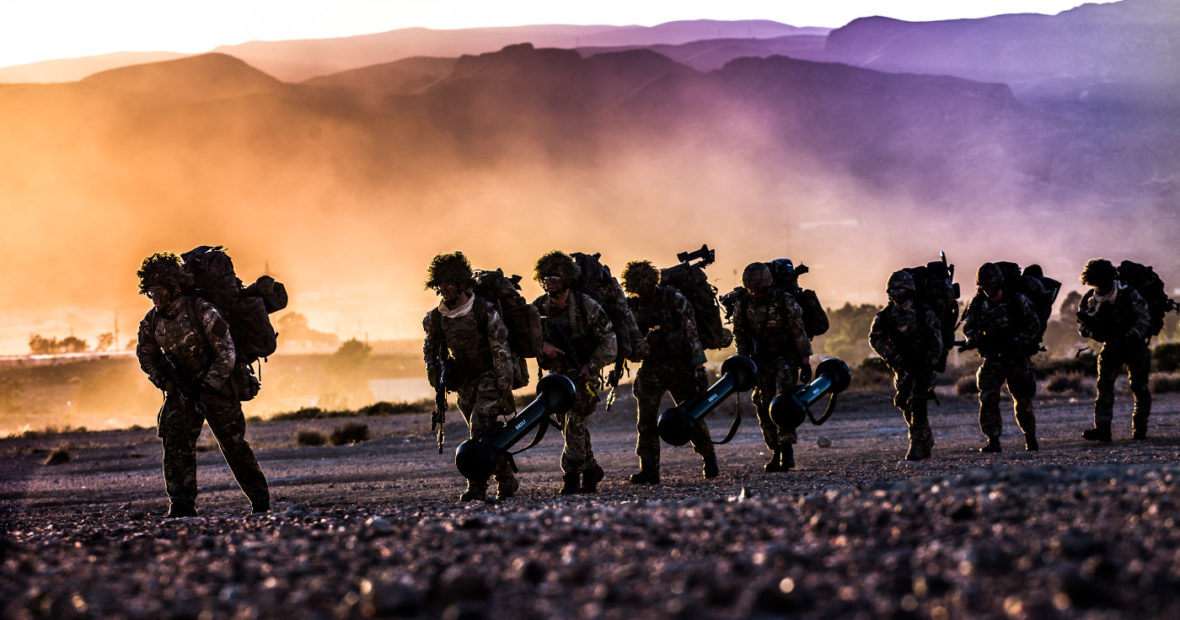 Partnered warfare — i.e. activities in support of Parties to armed conflict—is a reality that demands attention. For civilians, the sick, the wounded and for persons deprived of their liberty, it can be extremely dangerous. Importantly, States have the opportunity to exercise influence over their partners’ behaviour. This influence can and must serve to ensure respect for international humanitarian law (IHL), for the benefit of the victims of armed conflict.

Under the auspices of the United Nations, the umbrella of the North Atlantic Treaty Organization (NATO) or in the framework of a myriad of other partnerships, States support one another in a variety of ways: from ‘hands-off’ contributions, including financing and equipping, to direct support in situ, such as training or instruction and combined military operations. States refuel their allies’ aircraft and loan port and other transport facilities. They share intelligence and logistics.

Indeed, support is not provided exclusively to other States. Around the world, States support armed groups, sometimes known as proxies, irregulars, auxiliaries or local security forces. States vet and recruit for membership in non-state armed groups, control and finance their activities, evacuate and treat their casualties.

A reality in contemporary armed conflicts

Partnered warfare is not a new phenomenon. Since antiquity, wars have been fought alongside and integrated with allies and partners.

During the Peloponnesian War, 431-404 BC, both the Spartans (leading the Peloponnesian League) and the Athenians (leading the Delian League) provided support to local revolts against their enemies. Later, ”Rome herself concluded and led (.pdf) different leagues and coalitions, eventually becoming the one and only hegemonic power in the Mediterranean”. 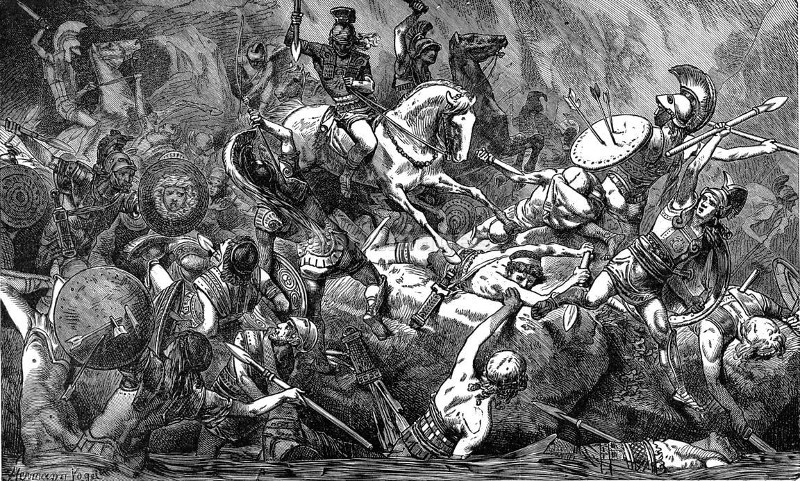 After destroying the Athenian army in Syracuse (413 BC), Sparta encouraged Athens’ enemies in the Peloponnese and Persia to revolt, leading to rebellions that furthered the downfall of the Athenian Empire.

In the 21st Century, inter-state support, and the partnerships that follow, continue—as historically—pursuant to the terms of formal defence pacts. In addition, military coalitions, both symbolic and active, form with remarkable frequency. In many contexts States rely upon local proxies, which intermingle with one another.

For States, partnering during armed conflict can be convenient and advantageous. Through partnerships, States protect populations, territories, and political authority, or obtain independence or power. Partnerships fundamentally bolster military might.

Previously measured principally in overall strength of numbers, today’s partnerships also facilitate the distribution and joining of—sometimes specialized—resources: satellite imagery provided to an allied State; an airstrike upon its request, or in support of an armed group. In fact, as much as partnering can enhance battlefield performance, it is also sometimes principally a show of strength. Nominal membership in some coalitions is as important as the number of active participants.

But partnerships are about more than strength, actual or symbolic. Acting through their partners, States might avoid costly military engagement and limit their own battlefield exposure, reducing casualties for which domestic tolerance is low.

Today, there are ‘continuing incentives’ for States to be interested in the outcomes of distant wars. States’ objectives go beyond protecting their own population and securing their territorial sovereignty against foreign aggression. Economic, political and security goals are inexorably linked to situations abroad and a greater number of States are able—and willing—to project power beyond their own territory. There is, consequently, ample motivation for States to support Parties to armed conflicts – which are increasingly ‘remote’.

Indeed, in practical terms, partnering is easier now than it has ever been. New technology allows for timely and accurate engagement abroad. Transport can facilitate the provision of weapons, or the deployment of military personnel in hours. In fact, with developments in communications, the physical deployment of soldiers and equipment may itself quickly become a thing of the past: training, strategic and tactical guidance can all be provided remotely.

Even more so than in antiquity, today’s combination of interest in the outcomes of foreign conflicts and the relative ease of modern, partnered intervention, make coalitions, as well as reliance upon other local partners, a reality of contemporary armed conflict.

Risks to peace and people

If there are reasons for States to partner among themselves and with armed groups, there are also risks. With less perceived responsibility for the humanitarian consequences, less direct political and human cost and, in turn, less domestic dissent, partnering can make it easy to go to war.

Indeed, although coalitions on the basis of political affiliation or historical ties are commonplace, the alignment of States for overt military purposes bodes badly for international peace and stability. A proliferation of groups erode States’ monopoly on the use of force, and make peace and security increasingly difficult to assure. With partnering can come encroachment into other States’ spheres of sovereignty, flaunting the basic tenets of international law and interstate relations, risking retaliation and further violence.

If partnering proliferates, it may also prolong conflict. The additional resources that are made available through partnering can increase overall fighting power, resulting in longer conflicts. The more actors involved, the greater number of parties that are able to block peace. That is, the separate preferences of each actor (so called ‘veto players’) will need to be considered throughout complex negotiations and included into any agreement before the conflict can end. Actors with a direct and vested interest in the continuation of the conflict will be particularly difficult to bring to a lasting disengagement from hostilities.

Indeed, States that, through partnerships, intervene in foreign conflicts may lack interest in the consequences for the population concerned: short term gain might trump long-term risk when the latter, no matter how likely, will unfold in distant, foreign lands.

Churchill thus supported Josip Broz Tito and his guerrilla movement in Yugoslavia, accepting the long-term risk that Tito would exploit the political turmoil to establish a dictatorship in favour of the short-term military goal of defeating German troops. 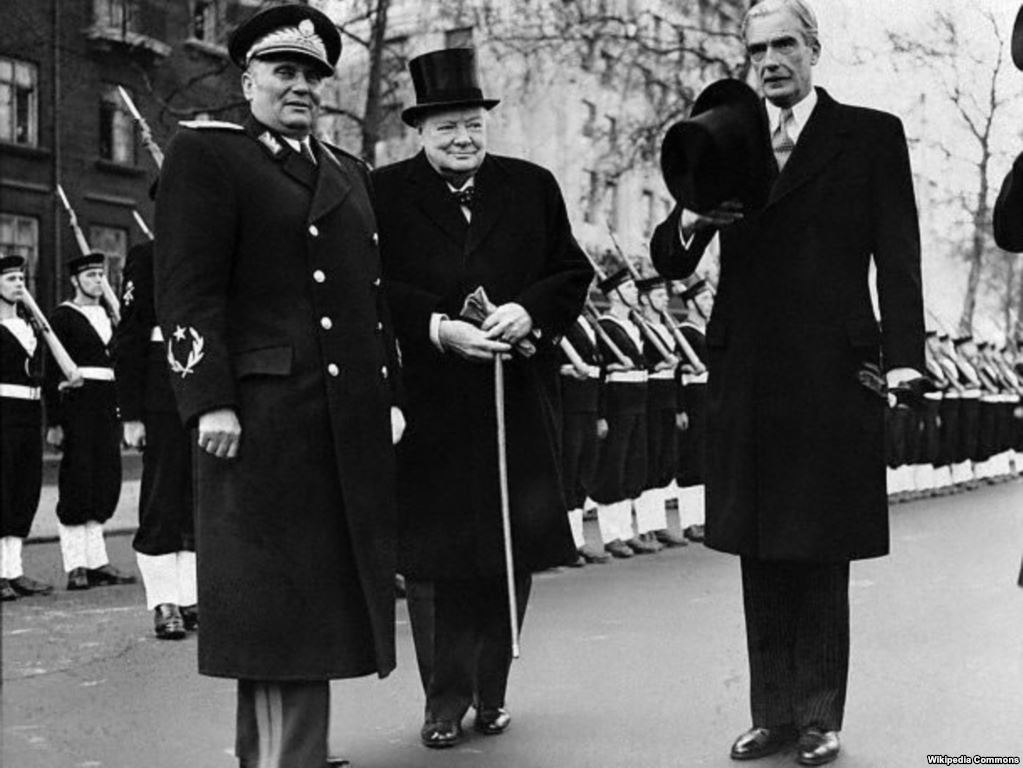 The competing parties of the Cold War supported warring factions across the world, leaving behind unresolved rivalry and chaos when those countries—which had by then been comprehensively armed—ceased to be strategically important.

The result can be militarized societies that have enrolled the civilian population, and in which communities are divided. In the immediate wake of the supporting State’s departure reprisals against collaborators can be fast and firm.

As partnering can exacerbate and prolong armed conflict generally, it can also have disastrous acute humanitarian consequences. For the victims of armed conflict, including civilians, the proliferation of parties and the ensuing multiplication of frontlines portend badly.

Certain activities, including the provision, direct or indirect, of material support, such as weapons and logistics, provides the means by which the civilian population is endangered. The establishment, organization and arming of armed groups inevitably entails far-reaching consequences: the risk, among others, that the group will be uncontrollable, engaging in criminal conduct beyond the remit initially offered by its State sponsor with no possibility of responsible disarmament and demobilization.

If partnering can risk serious violations of international law, it might also be a cloak against accountability for such crimes. With the opaque distribution of tasks, the diffusion of responsibility that is inherent to partnering, the international community is less readily able to identify the State, the group, and even less likely, the individual, that is responsible for unlawful conduct. This can create a climate in which stakeholders, political and military alike, perceive themselves to be free from the scrutiny of accountability processes and act beyond the parameters of their usual normative reference frameworks.

By exacerbating and prolonging conflict, as well as through direct humanitarian consequences absent accountability, support to Parties to armed conflict can entail serious risks for the victims of armed conflict.

An obligation and an opportunity to ensure respect for the law

If the potential humanitarian consequences are themselves sufficient reason to challenge the prudence of partnering, there are also important legal limits.

Acting alone, or through partners, States are prohibited from threatening or using force against the territorial integrity or political independence of another State, with select exceptions, including self-defence (see the United Nations Charter, Articles 2(4) and 51). States may bear international legal responsibility for the actions of their State partners for, among others, directing and controlling, or for aiding or assisting the commission of an internationally wrongful act. They may similarly be responsible for controlling the unlawful conduct of an armed group or its members.

States are obliged to ensure respect for IHL. In providing support to others, they risk responsibility for encouraging or assisting violations of that law. Weapons must not be transferred when there is a substantial risk that they will be used to commit serious violations of IHL. States must do everything reasonably in their power to prevent and bring violations of IHL to an end.

Ultimately, partnerships can offer States an important opportunity to ensure respect for IHL. This opportunity can and must be taken to exercise influence over partners and allies to humanitarian ends, including by means of conditionality: nothing ‘talks to’ armed actors better than patronage contingent upon continued, steadfast adherence to the relevant international legal frameworks.

Within the context of partnering, whether with States or non-state actors, States can take concrete steps to ensure respect for IHL:

…and so on: in the context of partnering, there are an infinite array of possible actions at the disposal of State to, ultimately, secure better protection for the victims of armed conflict.

Partnering is an opportunity, not to subvert international and domestic law, policy and scrutiny, but to pursue adherence to these frameworks and accountability through contingent engagement. With the potential that State support to Parties to armed conflict can exacerbate the serious ongoing humanitarian consequences of today’s armed conflicts, States must make the most of these opportunities to lead firmly from the front, for humanity.

Cordula Droege is Head of Unit of the ICRC Legal Advisers to the Operations.

David Tuck is Legal Adviser to the Operations.