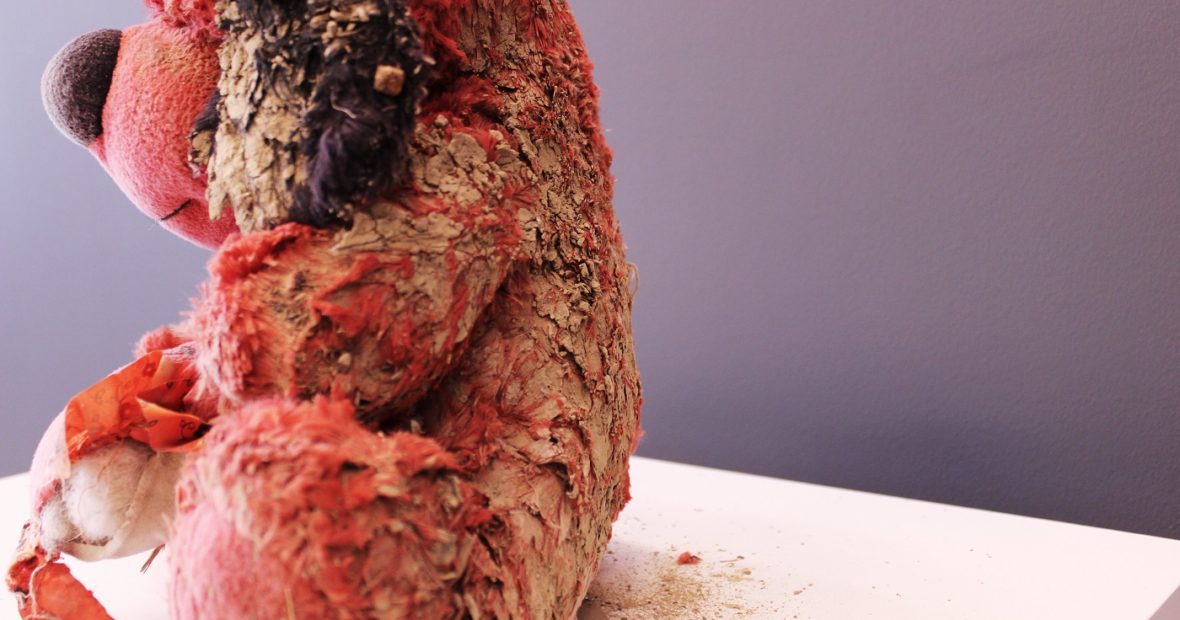 In 2017 the ICRC unveiled ‘War in Cities / Villes en Guerre’—an exhibition on the catastrophic impact that urban warfare has on the civilian population. In order to preserve this emotive experience, we wove together photos and testimonies into a book to show how war can transform everyday trivial objects into a harsh and jarring reality.

Wars are generally represented in museums long after the facts have been documented and the dead buried. Such exhibits tell the story of the military operations, great offensives, defeats and victories through maps, uniforms and weapons, and heroic paintings or sculptures of the fighters. But wars can be told in a different way: a teddy bear covered with grey concrete dust or a surgical kit brought back from a modern battlefield recount another, yet no less important, story.

What happens when war quite literally knocks at the door of your apartment? The horrors of being trapped in a city at war are manifold. The water stops flowing, the light and heating go off, the windows are shattered by the shock waves from nearby explosions, the road to school becomes a deadly path, the banks shut down, doctors empty out of nearby hospitals, food becomes scarce, and life turns into a constant struggle to survive. 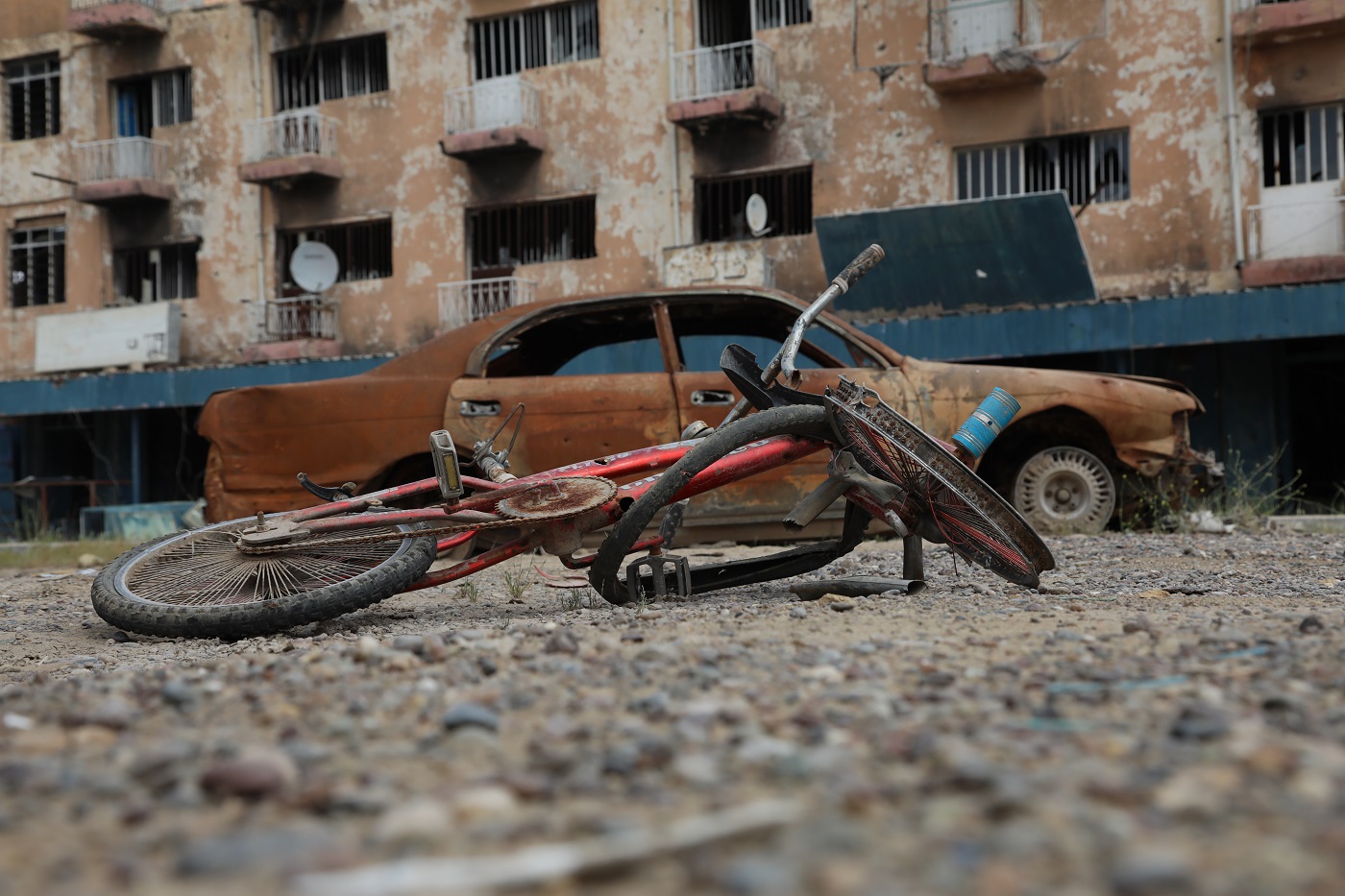 For people trapped in cities at war, fleeing is often the only option. They leave behind their jobs and studies, belongings, security, hopes and loved ones; they also leave behind the place they quite simply call home and a familiar way of life that in many cases they will never be able to return to. Cities empty themselves into other cities or camps, and displacement causes a cascade of other humanitarian and social challenges that are felt along their journey and all over the world, wherever these people seek refuge.

The International Committee of the Red Cross (ICRC) is present on this modern-day battlefield, ready to fulfill its humanitarian mission. Through our work, we witness the dramatic consequences that war in cities has on people. To share our experience and promote current and future compliance with international humanitarian law in urban settings, we asked our ICRC colleagues in Iraq to collect objects from areas they visited just after the fighting had stopped as they brought relief or family news to survivors.

The request was unusual, and it took a few trips to identify, photograph and collect these items from the destroyed cities of Baiji and Ramadi. With the authorization of their owners or the local community, these objects were collected from destroyed buildings that had just been cleared of explosives, from the streets and from a school left in ruins that the ICRC was helping to rebuild. We brought them to Geneva and selected some of them to go on display as part of a multimedia exhibition on war in cities based on the ICRC’s extensive film, photo and audio archives.

The objects gathered for this exhibition are not archaeological artifacts, unique works of art or even beautifully crafted. They did not belong to famous people or cost lots of money. Most of them are the products of our globalized, industrialized world, produced by the million and sold the world over. Some are typical of the Middle East, but many could be found anywhere: a handbag, a metal gate, a toy made in China. Yet we displayed them with respect, as they bear witness to the suffering of civilians in today’s urban wars and demonstrate why the law of war matters. 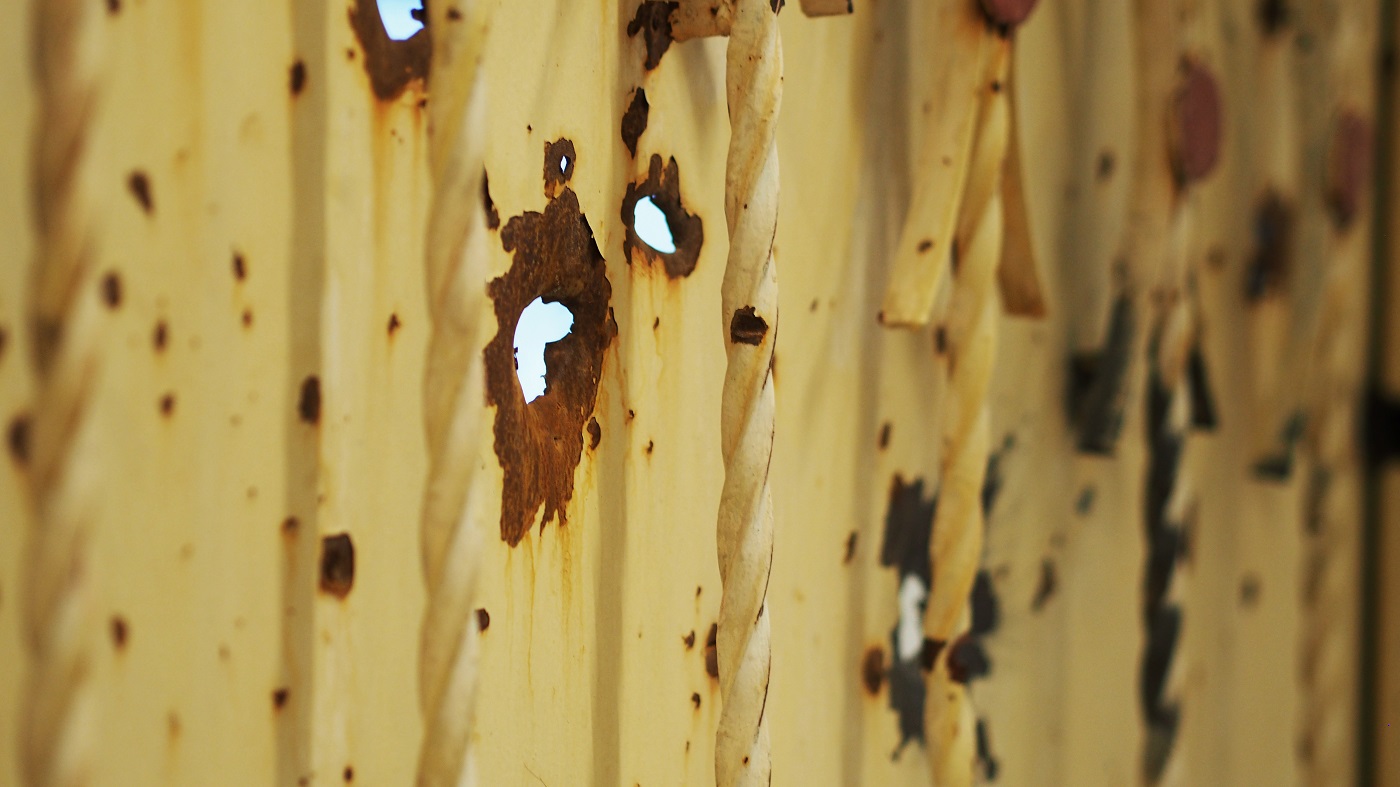 These objects are real—they once served a simple purpose in a community or a school, brought joy to a child or pride to a household. That is, until a bomb exploded and their owners had to flee. Strangely, it is their banality and the violent intrusion of war that make these objects so poignant. They may just be humble relics of an ongoing, distant war, but they speak volumes if you take the time to listen.

War in Cities, An ICRC exhibition

The ICRC Iraq delegation collected the objects in Baiji and Ramadi, Iraq, providing an invaluable contribution to this initiative, in particular the communications team headed by Saleh Dabbakeh. The photo book was created and designed by Sarah Roxas. She also took the photos documenting the exhibition.

This exhibition was part of a larger ICRC initiative on war in cities that an issue of the International Review of the Red Cross on War in Cities, a series of events in 2017 in the Geneva Humanitarium, as well as events in several other countries around the globe. We wanted to share the experiences of the people caught on the frontline, through testimonies, interviews, photos and films.

‘What I know is that for me, for many, the war will not be over until more is done to restore us and ...