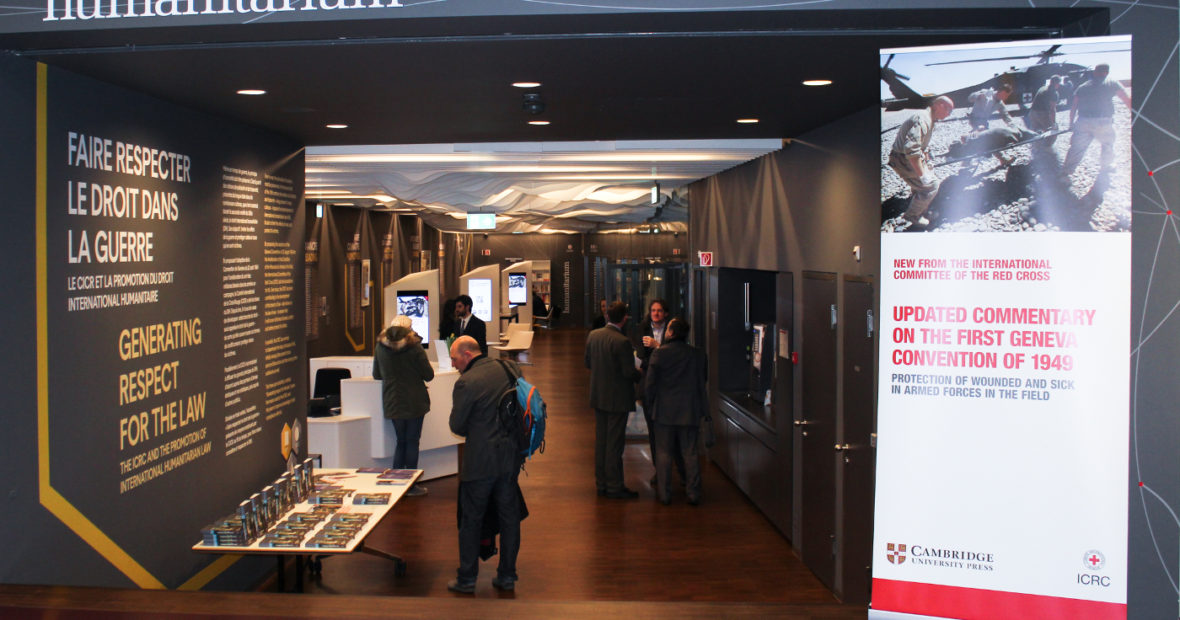 "Generating respect for the law: The ICRC and the promotion of international humanitarian law" is an exhibition held at the ICRC Humanitarium in Geneva, from March 2016 to January 2017.

On 22 March 2016, the ICRC launched a new exhibition at the Humanitarium, offering a unique insight into the organization’s longstanding efforts to generate respect for the law.

Divided into three historical periods covering a time span of 150 years, the exhibition displays a series of letters, maps and other original materials from the ICRC Archives and the International Red Cross and Red Crescent Museum. It tells the story of how the ICRC has sought to strengthen respect for international humanitarian law (IHL). Entitled Generating respect for the law: The ICRC and the promotion of international humanitarian law, the exhibition is free and open to the public.

Even in war, the principle of humanity must be preserved. In the second half of the 19th century the notions of solidarity and fraternity – long present in many cultures – inspired the development of IHL. Its aim: to limit the effects of war, and protect its victims. By proposing the adoption of the Geneva Convention of 22 August 1864 for the Amelioration of the Condition of the Wounded in Armies in the Field, the ICRC laid the foundations for IHL. Ever since, the ICRC has been contributing to the development of this branch of law – also known as the law of war – to ensure that it will cover all forms of armed conflict and better protect its victims. In parallel, the ICRC has worked to disseminate the basic principles of IHL, initially among State armed forces and non-State actors and then among other audiences as well. This three-part exhibition, entitled “Generating respect for the law”, shows the means used by the ICRC over the years to improve knowledge of and compliance with IHL.

The exhibition is in 3 parts: