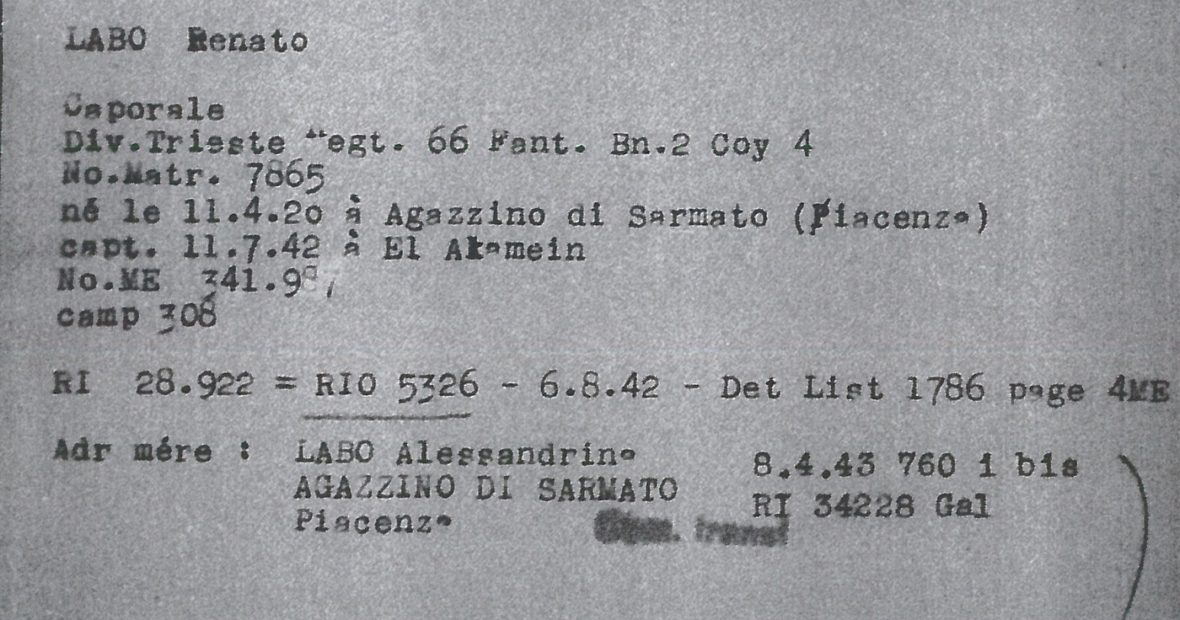 A family finds its roots

When Clare Collins sent a message to the International Committee of the Red Cross (ICRC) Agency Archives on 19 December 2019, it seemed like grasping at straws. Fifteen years earlier, Clare’s mother had discovered that her own biological father had been an Italian prisoner of war held in England during the Second World War. At the time, he worked on the family farm of Clare’s grandmother in Horsington, Somerset.

In February 1942, there were more than 28,000 Italian prisoners of war in the United Kingdom. Their number increased rapidly and reached 158’000 at the end of the war. After the armistice in September 1943, when Italy ceased its hostilities against Allied forces, the status of Italian prisoners in the hands of the British changed. They were given the choice of becoming either “cooperators” or “non-cooperators”. Roughly 100,000 Italians chose to cooperate, which gave them much more freedom of movement. Instead of being shut into prisoner camps, they could stay at hostels near where they worked or even on-site, a practice known as billeting.

Since Clare’s mother discovered the truth of who her father was, Clare’s family had done much research without success. Unfortunately, as is frequently the case, Clare had very little information about the prisoner’s identity – only his given name (Renato), where he was detained (Camp 47 in Motcombe, Dorset) and a photograph. In such cases, archival institutions usually reply that it is impossible to carry out a search without the prisoner’s family name. That was also the ICRC Archives’ response – until inspiration struck.

Currently, this kind of search is only possible for specific types of requests regarding Italian prisoners in the United Kingdom.

Given the number of requests similar to Clare’s, we changed our approach. Our files on prisoners of war are only organized alphabetically, but we would have to search by place of detention, rather than by name. So, one by one we made an inventory of a series of lists from February 1945 recording Italian prisoners of war in camps in the United Kingdom. Thus, we could quickly locate the list for a given camp when needed.

Thanks to this work, it was easy to find the list of the Italian prisoners living in Camp 47 in February 1945. Only two men on the list were named Renato: Renato Menotti, born 27 August 1920 in Brissago-Valtravaglia, and Renato Labo, born 11 April 1920 in Agazzino di Sarmato. Hoping to be of help, we sent the information on the two prisoners to Clare.

A week later, Clare told us that she had discovered the identity of her grandfather: he was Renato Labo. Thanks to a local Facebook page, Clare was able to contact Renato Labo’s daughter and sent her the picture she had. Renato’s daughter quickly recognized her father – her family had an almost identical photograph. 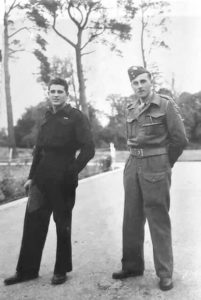 Renato’s photo from his Italian family

Everyone should know who they are and where they come from. We are deeply proud to be able to help people like Clare find their roots.

Story written with kind permission from Clare Collins and her family in England and Italy.