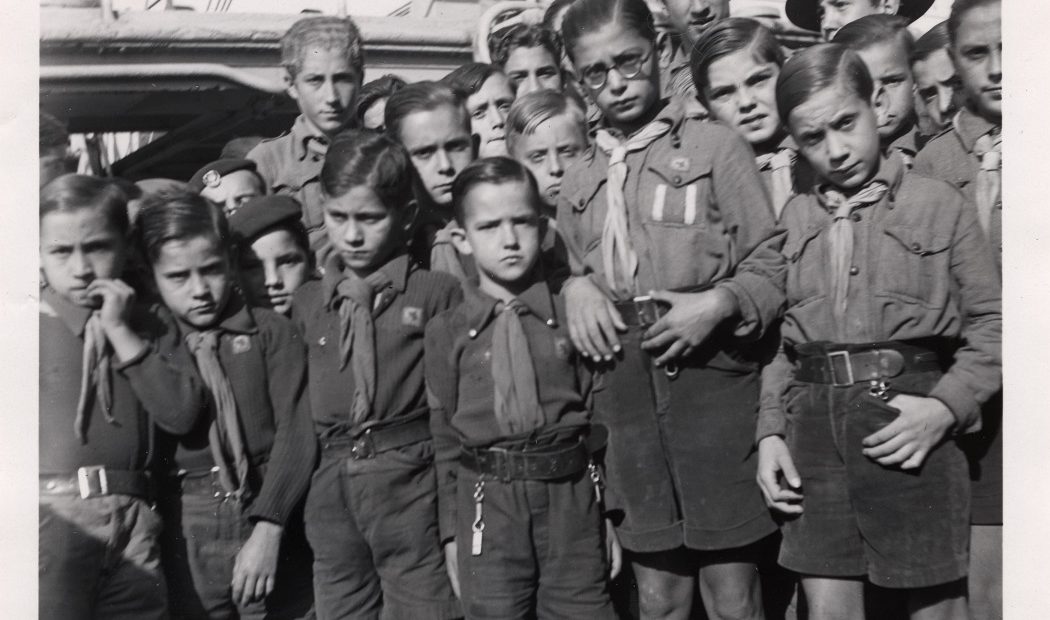 A Scout Camp Journey During the Spanish Civil War

On the 80th anniversary of the beginning of the Spanish Civil War, we highlight an action lead by the ICRC to repatriate a Scout unit trapped in the middle of the conflict.

18 July 1936, the Spanish civil war breaks out. 66 scouts originated from Saragossa are camping in Ordesa Valley, and they can’t go home. The Ordesa region is a governmental one while Saragossa is occupied by the nationalists. The scouts are transferred to Barcelona on 5th October 1936.

The ICRC obtains from government authorities a transfer authorization for 45 of the scouts, those aged less than 18 years old. They are transferred to France along with their Chief, Herman Timmermann. The group boards the ship “Anfa” and leaves Barcelona on 22 October 1936. They arrive in Marseilles the day after where ICRC delegate François Clouzot welcomes the group. 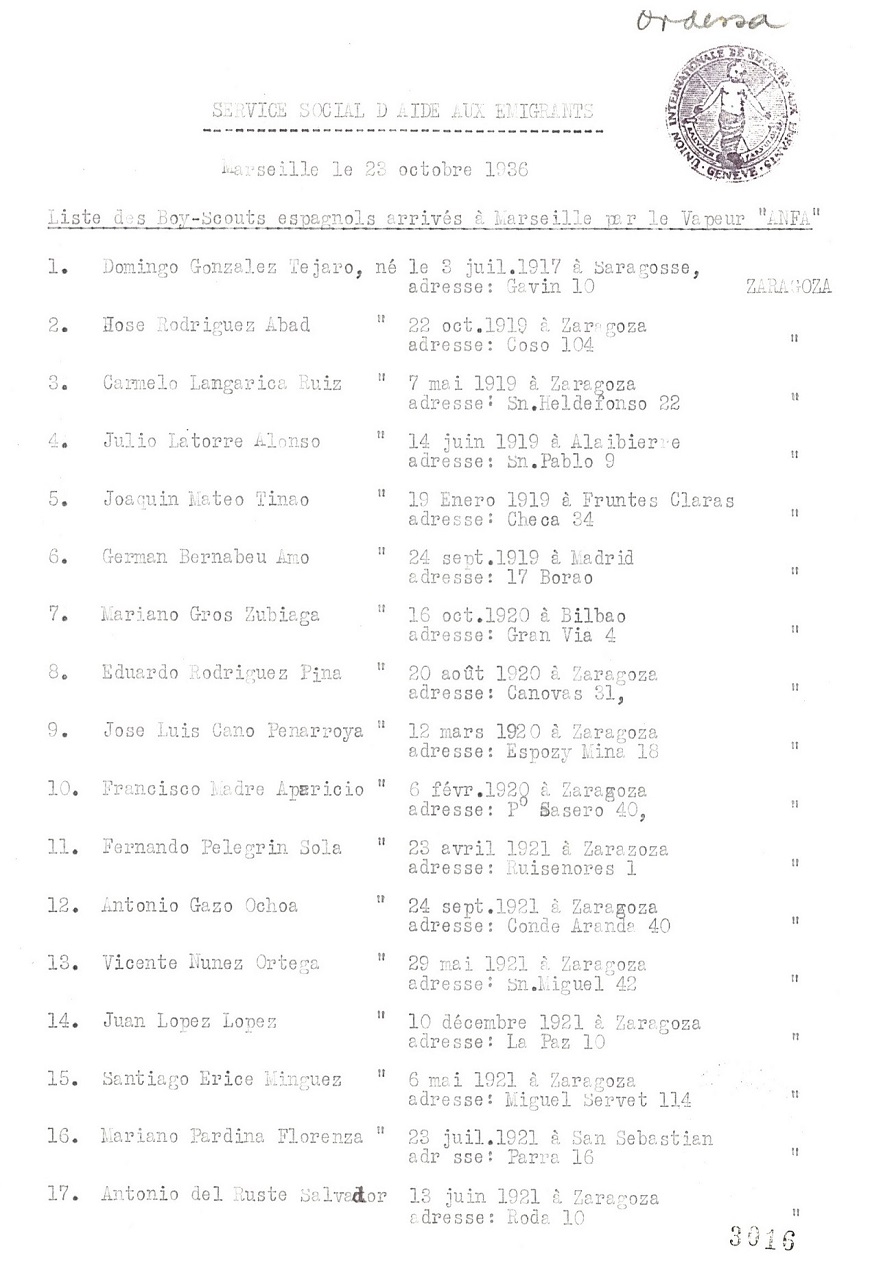 Another day after, they are redirected towards Tarbes then settled at Notre-Dame des Sept Douleurs Hospital, in Lourdes.

In January 1937, ICRC delegates from Saragosse, Paul de Rham, visits the group to make sure they are well. He then informs the families of the children’s well-being. 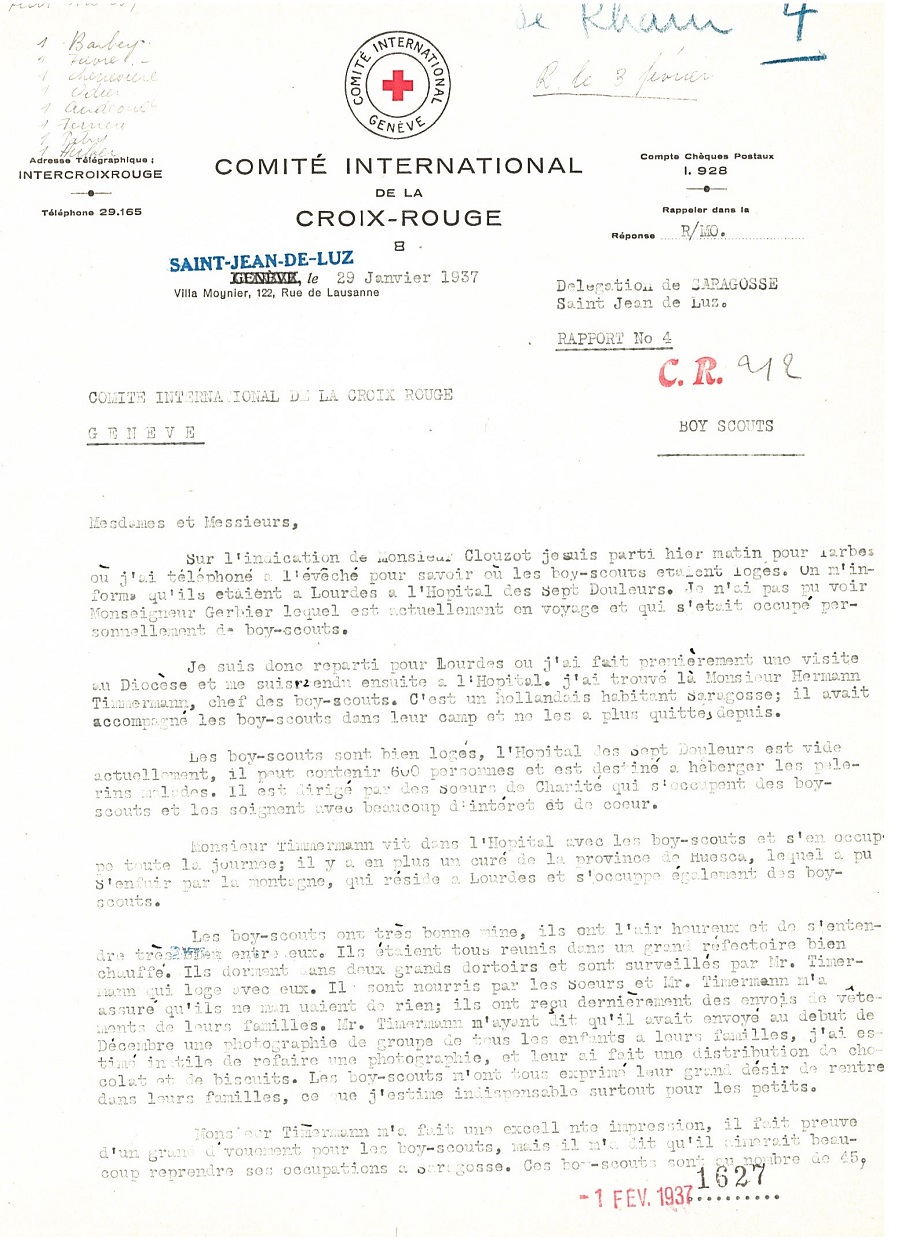 Following negociations between France and the Spanish Republic government, the 45 scouts leave Lourdes on the 20th April 1937 and travel back to Saragossa.

As for the 22 scouts aged over 18 years-old, they are left behind in Barcelona because they are deemed fit for military service. While staying in a former mental hospital, they manage to work at the International Save the Children Union canteen. One of the scouts leaves the group and enlists in the Republican Armies. After difficult discussions, the ICRC organizes an exchange of persons between the remaining 21 scouts and an opera company from Barcelona, the “Naranjas de la China” (“the Oranges of China”), held up in Saragosse.

The exchange originally concerned the 21 scouts for the 75 members of the opera company. However, to the ICRC delegate’s suprise, only 40 members show up. The initial list of opera artists leaving Saragosse was erroneous. The ICRC delegate corrects and comments the list, as shown below. 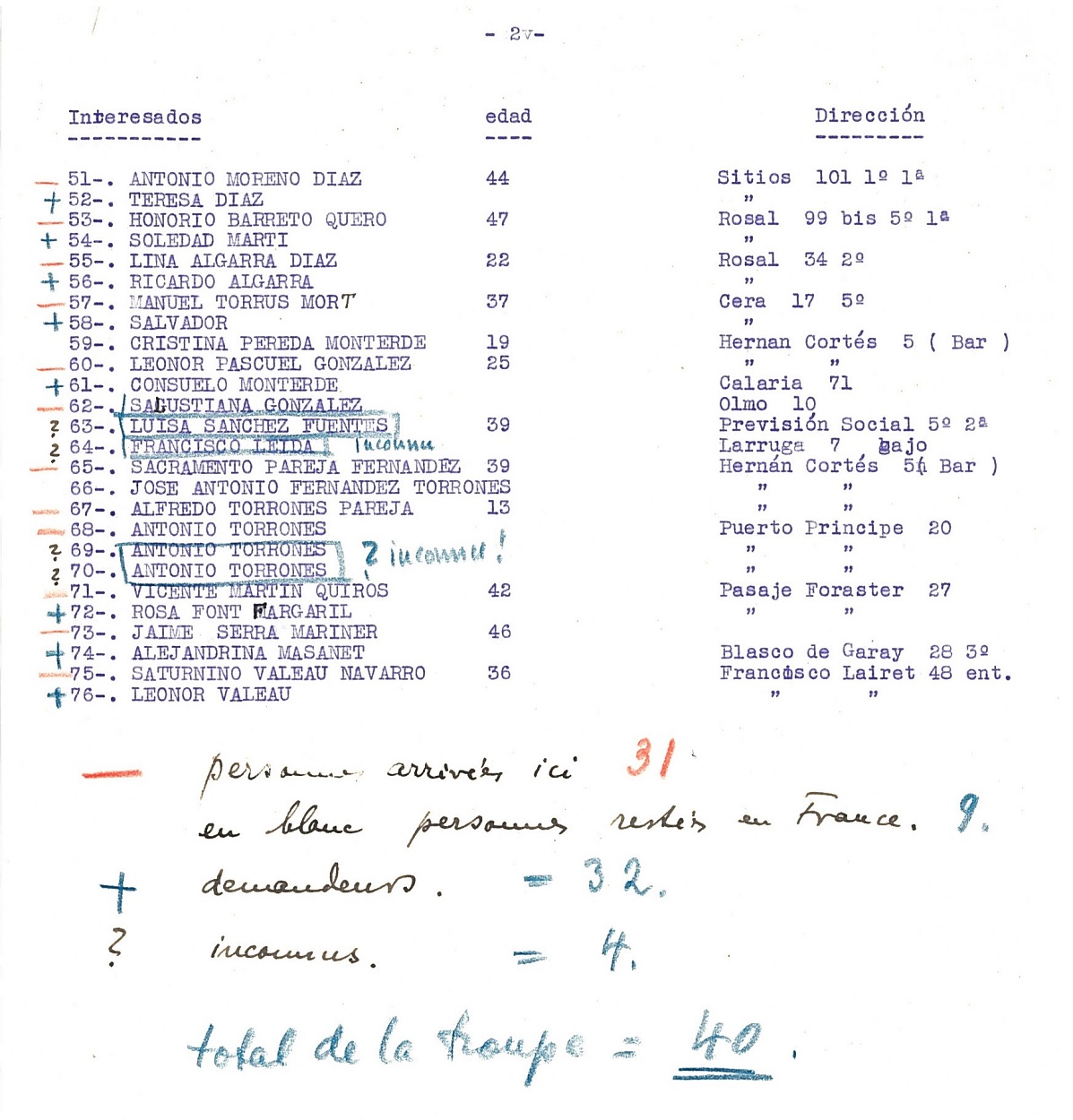 The scouts leave Barcelona on 3rd June 1937 with the French steamboat “Imerethie II” and disembark in Marseilles on 4th June. On the 5th, they reach St-Jean-de-Luz by the evening train. Scouts and artists will cross path on 7th June on the international bridge of Irun. 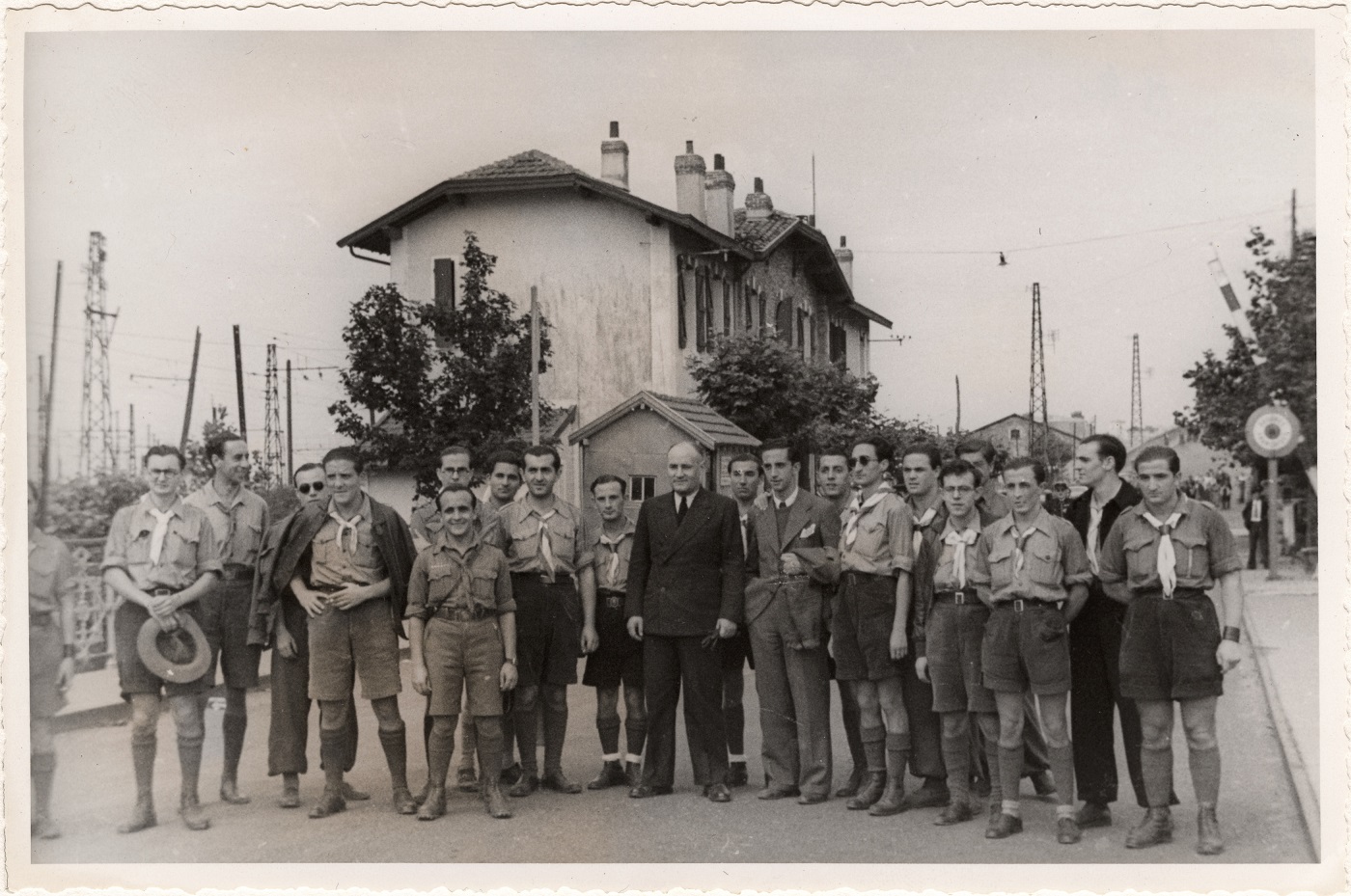 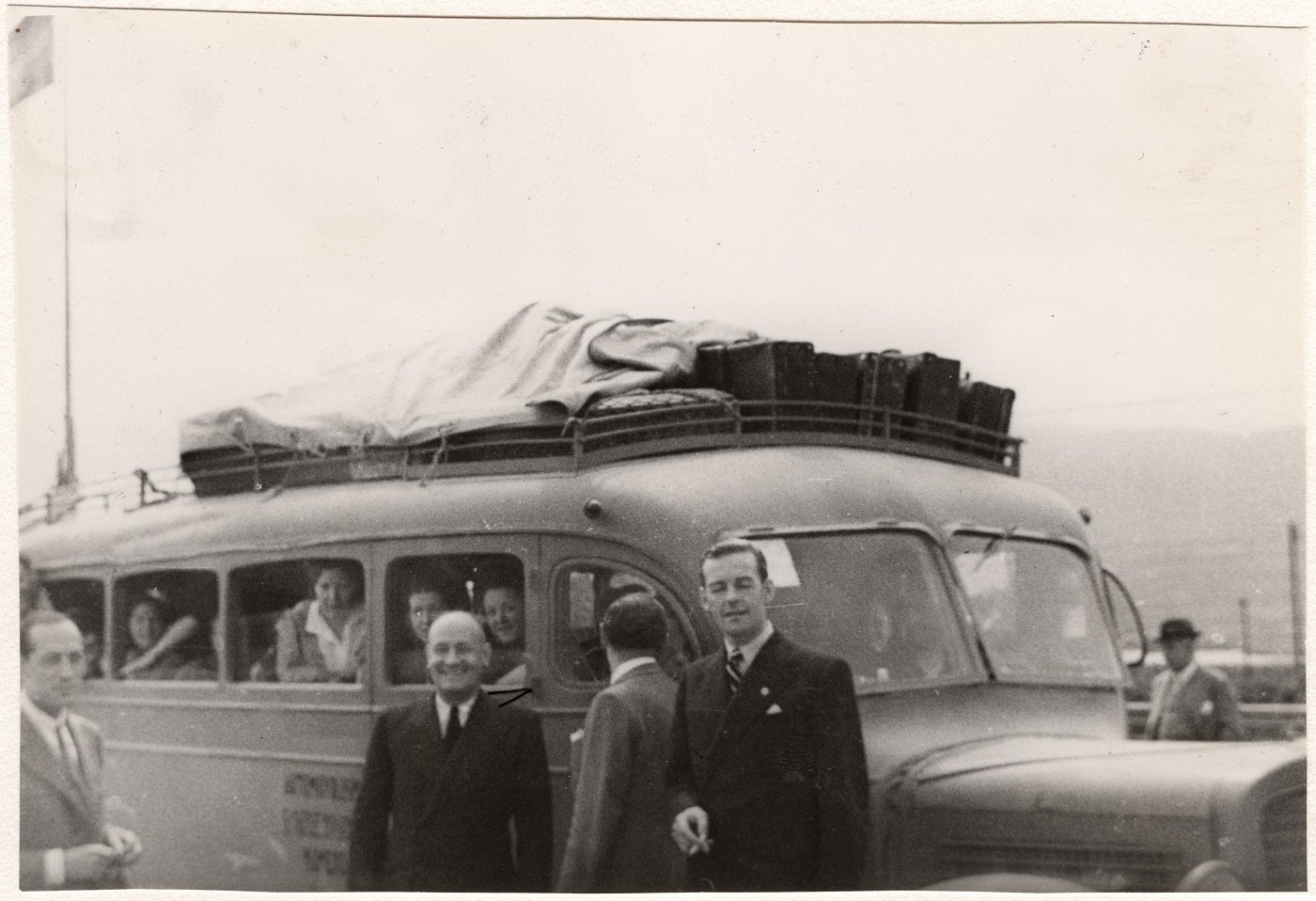 This event is representative of the type of actions lead by the ICRC during the Spanish Civil War and the efforts put in to exchange prisoners and victims from both sides of the conflict.