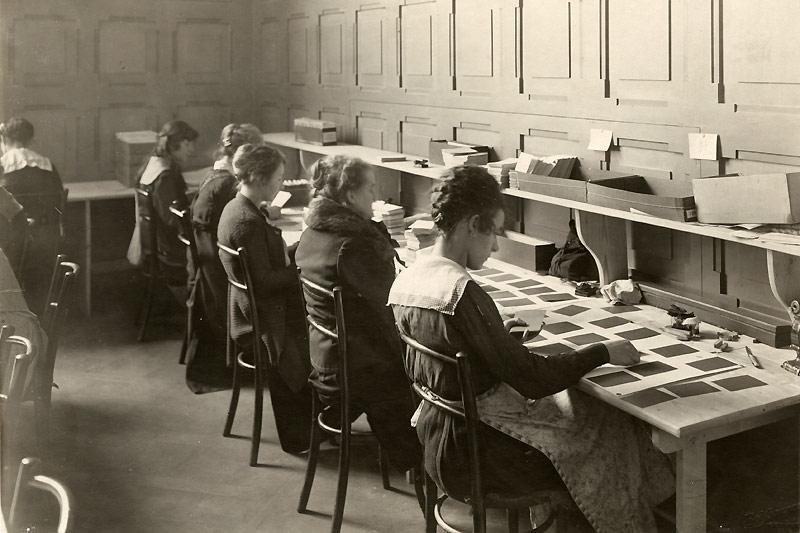 Analysing, understanding and learning from the past has always been essential to the growth of the ICRC and its extensive archives are proof of the effort put on preserving and enriching the institutional memory. Daniel Palmieri, historical research officer at the ICRC, discusses here innovation from a historical angle. Daniel is both a historian and a journalist and has been working for the ICRC since 1994.

Innovation is a popular word in humanitarian organisations nowadays. As a historian of the ICRC, would Daniel Palmieri you say that innovation is something new to the institution?

Certainly not. The idea to create, in 1863, the ICRC was itself an innovation, as no similar organization existed then. In the same way, the idea to create, in time of peace, a network of national Relief Societies (the future Red Cross and Red Crescent Societies) with the capacity to assist, in case of armed conflicts, the military sanitary services was also an innovative way to succour war victims. Innovation has been at the basis of the most important changes for the ICRC during the last 150 years.

In what way has ICRC innovated, how has it been an actor of transformation for the institution and for the world?

The ICRC has innovated in several ways. It had created some totally new activities in the humanitarian field, as for instance those linked to the reunification of people separated by war. The ICRC was the first to consider that prisoners of war had, alongside with material ones, some “moral” needs too, as to keep in contact with their families. The Tracing Agencies, the Red Cross messages were real ICRC inventions, which also changed the way the institution works. On a normative level, the ICRC has innovated by giving to the laws of war a universal and durable dimension. The First Geneva Convention, elaborated by the ICRC, is the typical example of a treaty which has been universally signed and which, since 1864, is still valid in its philosophy. The ICRC was also the first to have the idea to create an International Penal Court to judge the violations of the Geneva Convention. This idea, elaborated in 1872, was unfortunately too innovative at that time! Other innovations are more linked with the use of modern or of homemade technologies for the ICRC field activities, as for instance the creation of prostheses in polyethylene or the conception of ovens functioning with used motor oil.

Could you give us some concrete examples of small field-based innovations that showcase the ingenuity and resilience of ICRC and its staff?

First, we have to say that innovations are always linked to a humanitarian situation, recorded by the ICRC delegates. In this sense, innovation will be an answer to a concrete humanitarian need and, in the same time, to a humanitarian lack. What is also interesting is the fact that, by innovating, the ICRC has been in touch with new categories of victims, especially among the civilian population. I like very much the example of the Nansen Passport which was created to allow persons without any political nationality (as the Armenians, after the First World War) or people who “lost” their citizenship (as the “White Russians” after the Soviet revolution) to travel and to be able to settle in foreign countries. This innovation – the primary aim of which was to fulfil a need, as no other solution existed for these people – was developed by the ICRC, even if, later, the paternity of this project was attributed to Nansen himself. The most interesting aspect is that, on the basis of the first experience, the ICRC was able to continue to develop it some 20 years later. It paved the way for the ICRC to create its travel documents, which are still in use today.

What lessons learned does ICRC’s history provide that could help us better manage innovations today and make them prosper appropriately?

Generally, the lessons given by history are not followed and are forgotten, including by the ICRC! Perhaps, if we have to remember only one fact, that is the great power of imagination and adaptation of the ICRC delegates to face the humanitarian problems they encountered in their daily work on the field. These abilities were also linked to a huge autonomy given, at that time, to the delegates. So they were able to “innovate” without having to submit their ideas to a hierarchic system. Spontaneity – which includes imagination, adaptation and autonomy – is perhaps the key word for innovation!