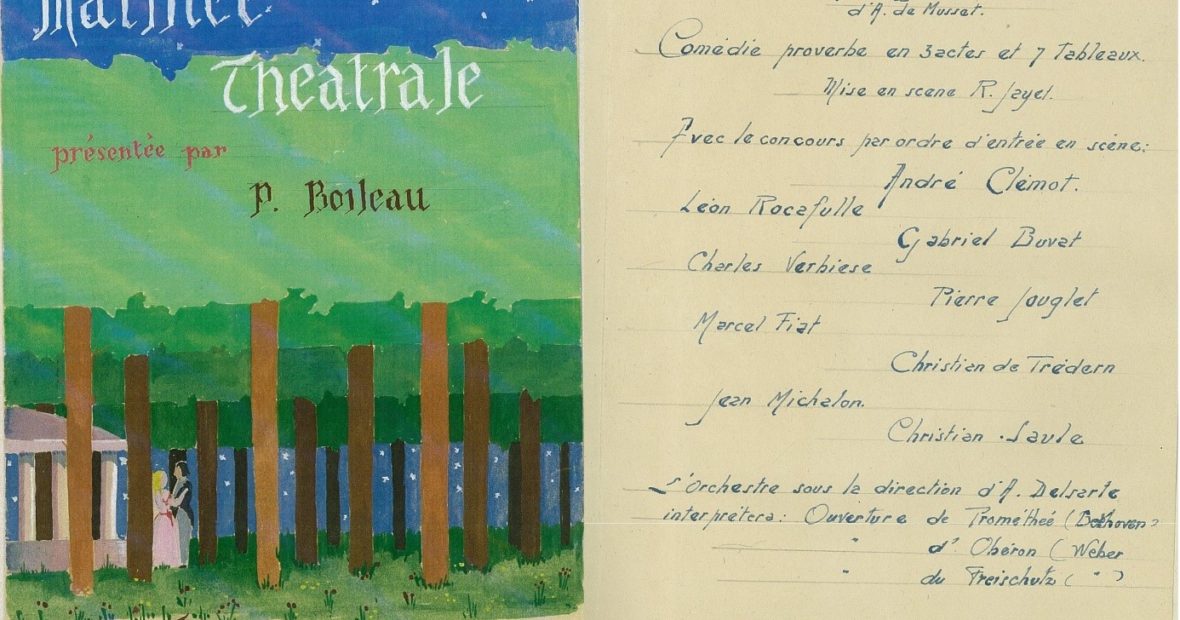 This is the first in a series of articles on artistic expression in detention.

Starting in 1940, millions of soldiers from the Allied armies were captured by German troops and sent to Prisoner of War camps throughout the Third Reich. Some of them were to remain there for nearly five years. During their detention, they were able to take part in organised activities and leisure pursuits using the available means and with the help of organisations such as the ICRC.

Thus over the duration of the war, the ICRC’s Service des secours intellectuels provided around 1.5 million books and magazines to PoWs, in addition to artistic manuals, musical instruments and scores. Red Cross delegates would take orders from the PoW’s. In document 2, the prisoners in Sandbostel Stalag XB asked for musical instruments and theatrical purposes. 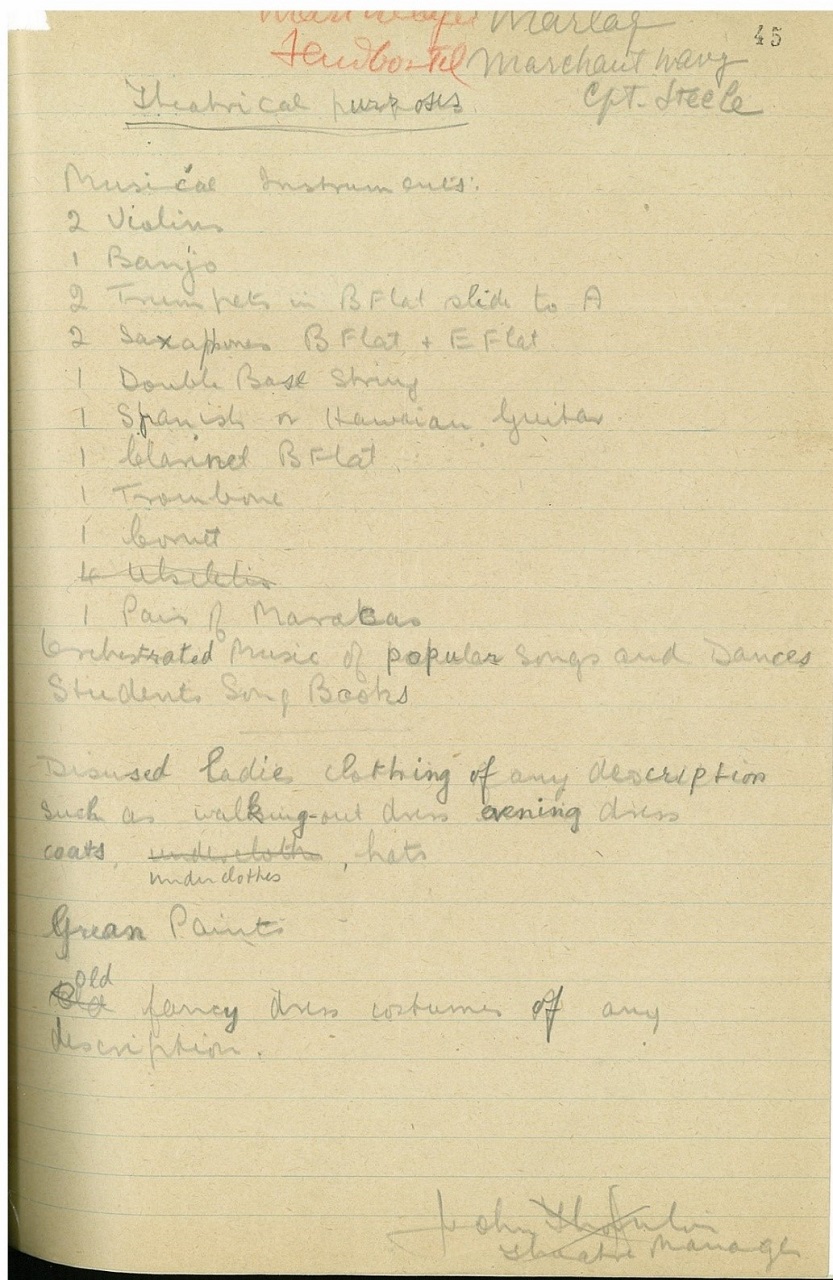 The German authorities had an interest in encouraging artistic activities which helped to keep prisoners entertained and improved the camps’ image. Stalag VIIIC, for example, was held up by German propaganda as a model camp, with footage filmed there of theatrical performances and sports activities forming the basis of the propaganda film “Prisoners,” which was broadcast in France.

However these activities were entirely dependant on the goodwill of camp authorities.  A number of theatres and libraries in camps were closed as a result of prisoners’ escapes. According to the report of a delegates’ visit of 17th November 1941, the theatre at Sandbostel was closed because prisoners’ possession of civilian clothes and women’s outfits was seen as posing a risk of escape.

For these prisoner artists, harder to bear even than hunger, backbreaking labour or overcrowding was the lack of space for artistic expression. As Emile Goue, composer and prisoner for 5 years in Oflag XB, put it: “The hardest thing is not being hungry, it is feeling ones spirit declining.”

In order to compensate for this deprivation, PoW’s generated an intense level of artistic activity, including poetry circles, painting studios, orchestras, theatre groups, newspapers. In Stalag XIID, where Jean-Paul Sartre was detained, a theatrical programme was presented by fellow writer Pierre Boileau (who was to write detective stories under the pseudonym Boileau-Narcejac after the war.) 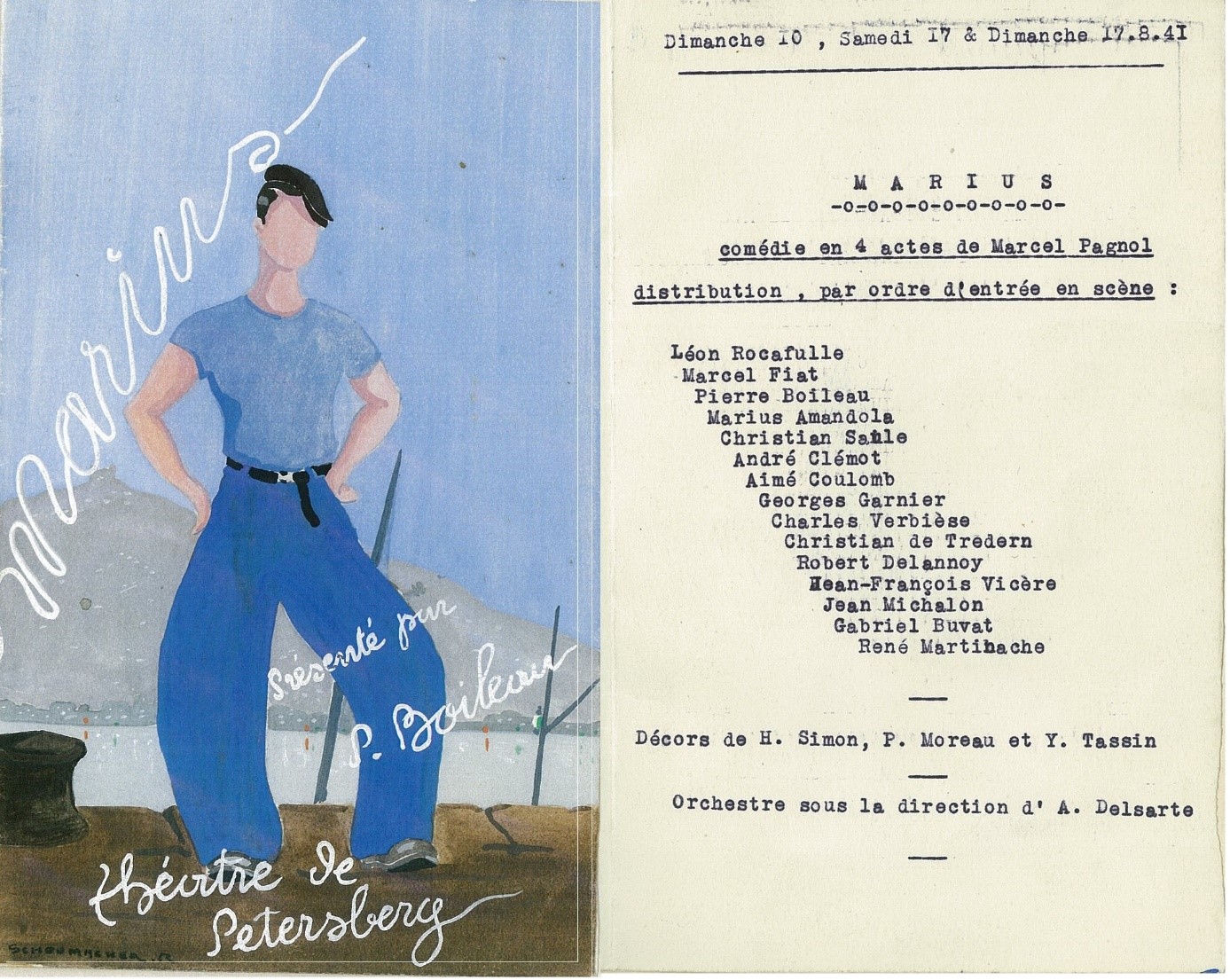 Many of these artists were the driving force behind unprecedented upsurges of creativity. One such example was the Fol’s Sags, or Folies Saganaises theatre group and orchestra in Stalag VIIIC. Visiting the camp on December 3, 1940, ICRC delegates observed “the extraordinary surge of artistic creativity in this Stalag,” as they photographed the camp’s circus and jazz band. 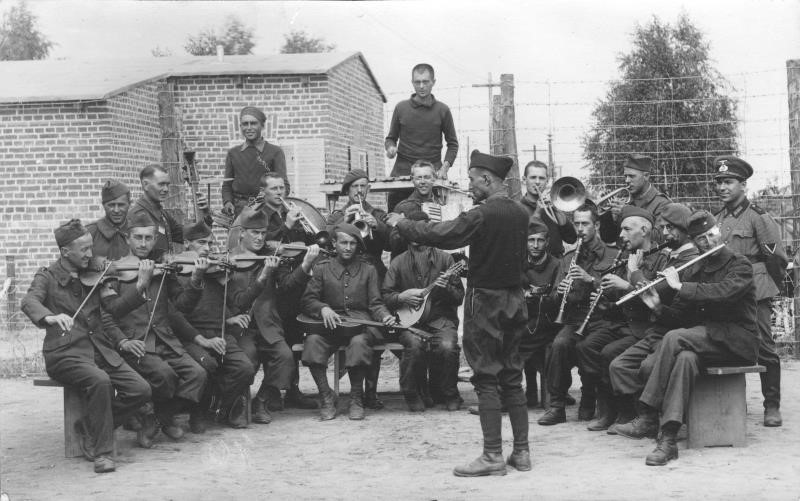 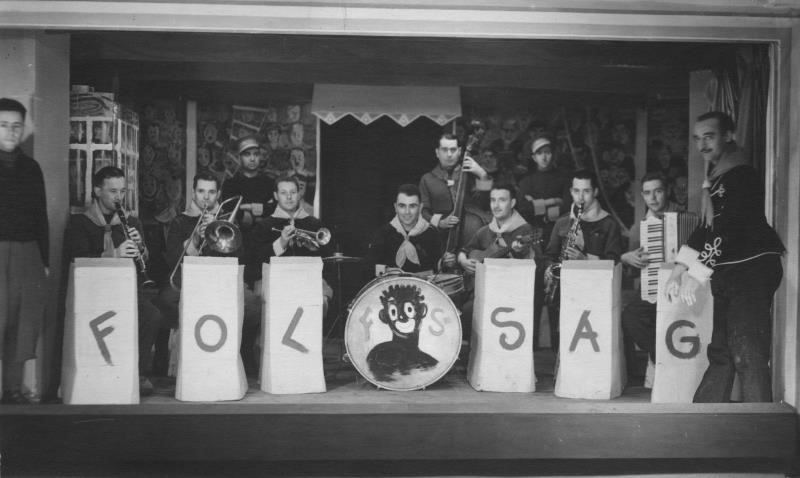 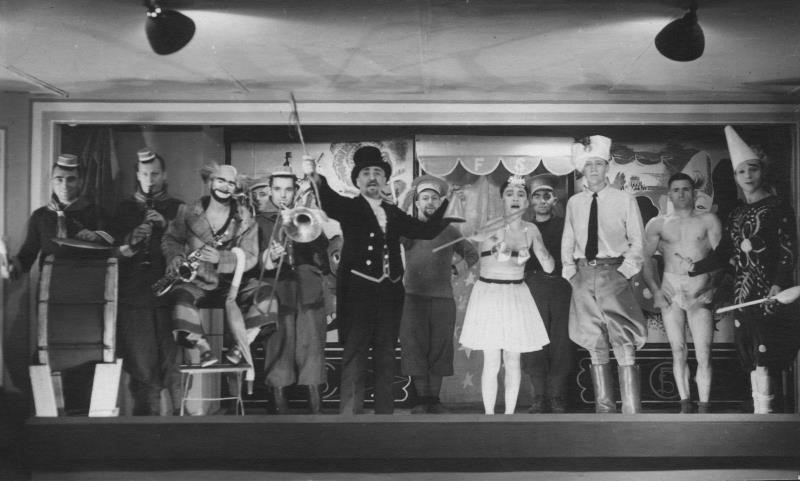 Here are a few emblematic figures from the arts world of Stalag VIIIC: The PoW playing female parts in the theatre was called Gaston Joly and was a professional actor. 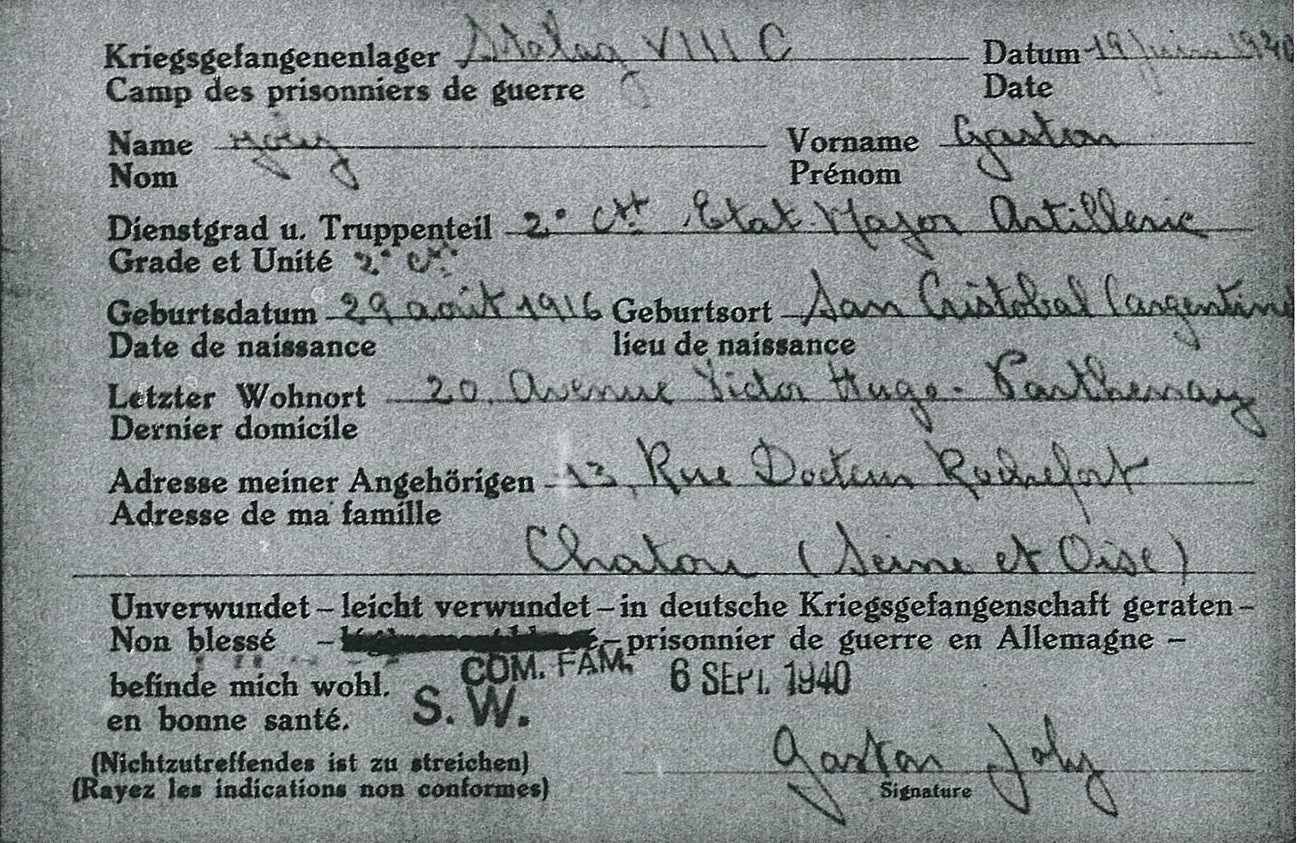 The composer whose works were played by the orchestra and in the theatrical performances was rene Beaux. He was to compose “La Saganaise” (to words by Rene Martin), a true hymn of hope for the prisoners of Stalag VIIIC, which was sung at the opening of every performance.After the war, Rene Beaux continued his career as a composer, creating many popular numbers, such as “The Kid Rustine,” in 1955, which was sung by Bourvil, with Rene Ono, known as Patoum, writing the lyrics. 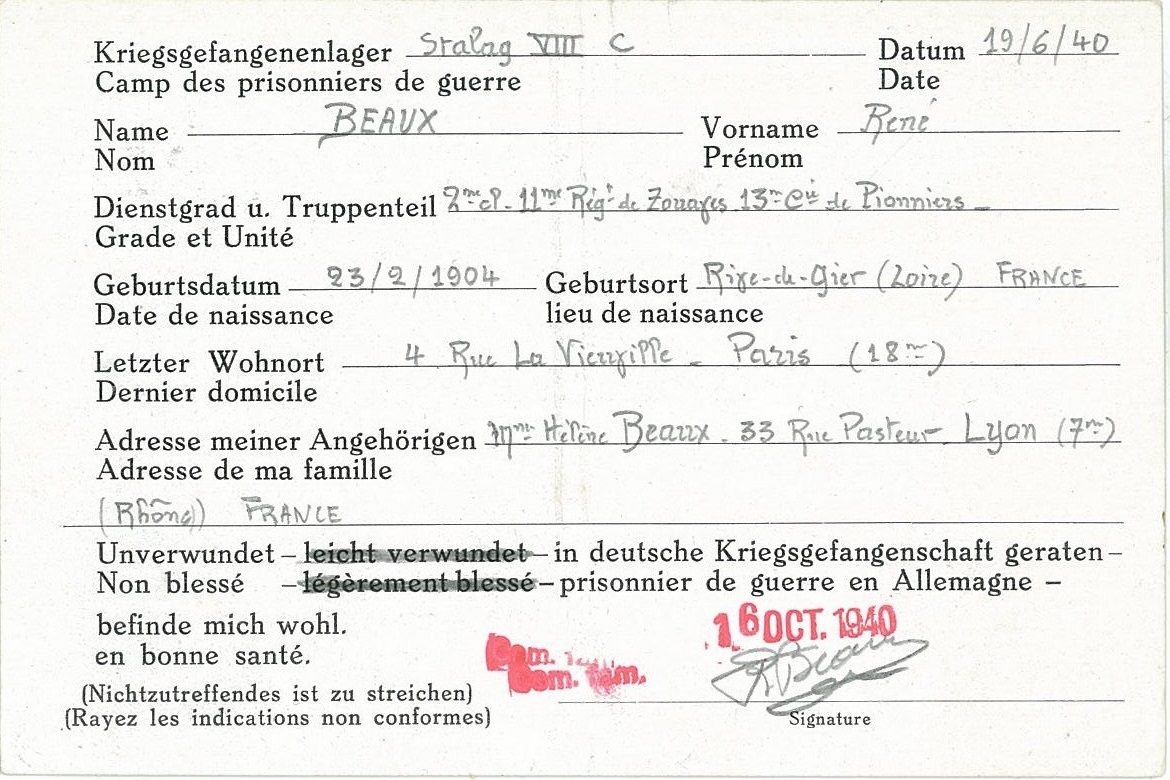 The theatre director at Stalag VIIIC, Jean de Lebriges (also known as Jean Vicherat), was also Editor-in-Chief of the newspaper “Le Soleil Saganais,” which reported on all the artistic activities in the camp. 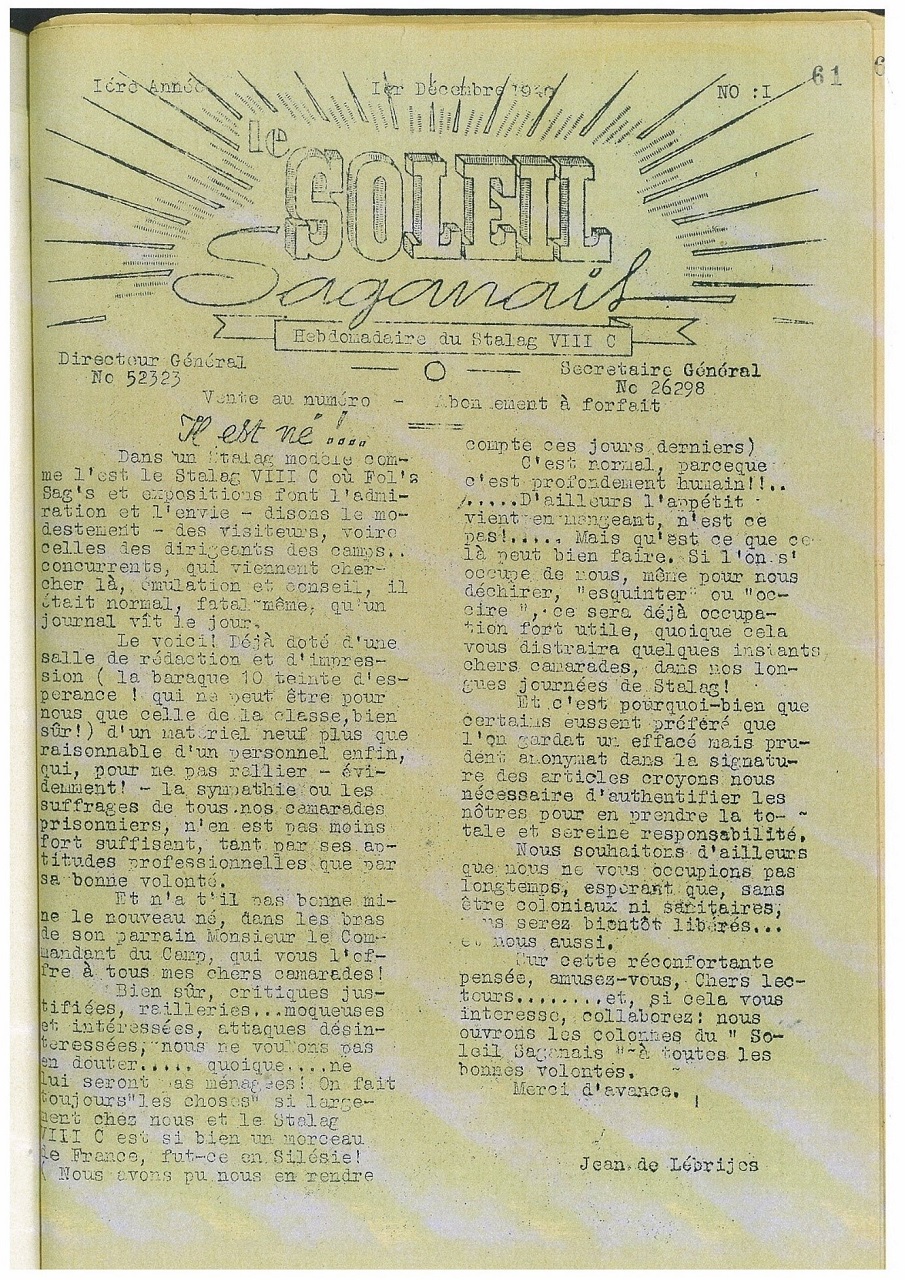