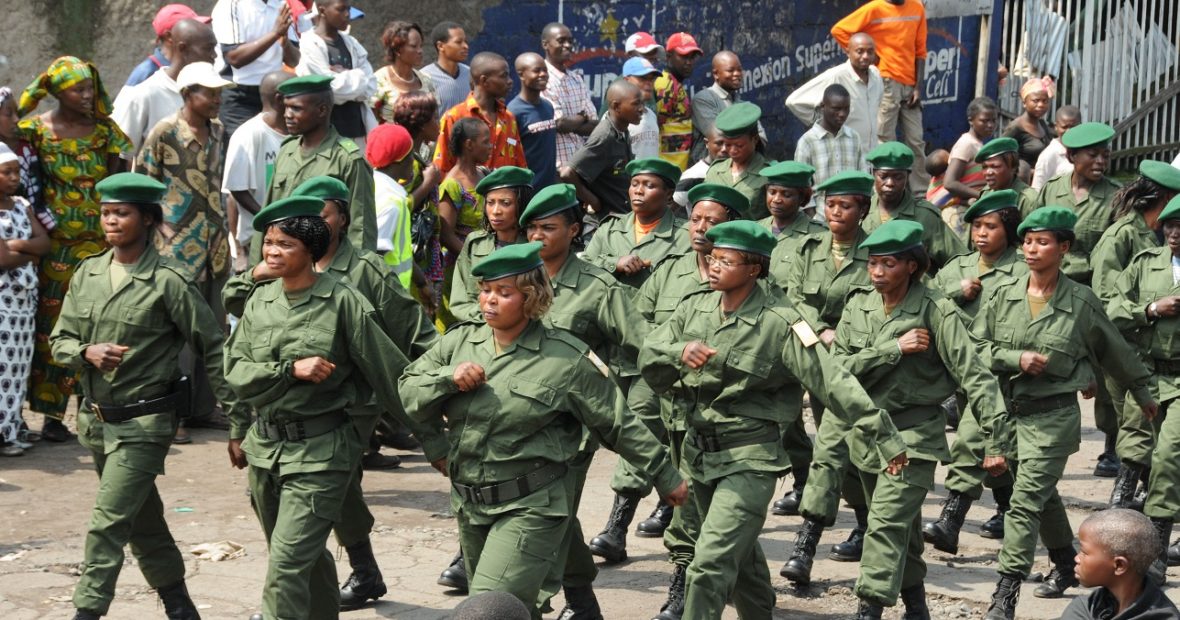 The uptake of gender considerations into military missions across the world has largely been uneven and incremental. This is likely due in part to the lack of an overarching theory of how gender is relevant to operations; a theory we could use to interrogate data sets and analysis to provide actionable intelligence. Operational risk is a promising candidate.

In this post, part of a series Gender and Conflict co-hosted by the ICRC and Just Security, Jody M. Prescott, a lecturer at the University of Vermont, sets out the need to take a different approach to incorporating gender considerations in military operations, one that uses gender analysis not just to assess risk to gendered population groups such as women and girls, but risk to missions posed by the failure to consider gender.

Despite the two decades that have passed since the promulgation of UN Security Council Resolution (UNSCR) 1325 on Women, Peace and Security and the large number of national actions plans to implement it – setting out roles for defense establishments and military organizations to incorporate it into their activities and operations – there is still uncertainty as to the place of gender in the military operational context.  On the one hand, some in civil society are concerned about the ‘militarization’ of gender issues, and that this would lead militaries to stray into areas that are much better handled by civilian actors, such as peacebuilding.  Concerns regarding the impact of militarizing feminism have also been raised.

At the same time, despite some notable progress in gender mainstreaming in different (and still largely male) military organizations, there is also inertia in incorporating gender perspectives among many armed forces. Some writers have characterized part of the issue as ‘sidestreaming’.  Newby and Sebag have described this as ‘the practice, deliberate or unintentional, of sidelining women and relegating them to specialized spaces in international peace and security’ as organizations ostensibly work to mainstream gender into their activities or increase gender integration.

Another part of the problem might be that UNSCR 1325 advocates in the military context have yet to develop an overarching theory of the operational relevance of gender.  Some take the approach that gender should be thought of as a capability.  This perspective has merit, but not all capabilities are relevant to all missions – capabilities have limitations; they have edges of usefulness.  Merely thinking of gender as a capability in the abstract does not help commanders or planners answer questions such as ‘How much gender should we “do” to be successful?  How often?  When?  With which resources?’

To address the different concerns regarding the operationalization of gender, we need to clarify the goal of military organizations in working gender considerations into their missions.  Seeking to implement UNSCR 1325 in operations as appropriate is a laudable political goal for a military’s civilian leadership.  However, it does not set boundaries that are keyed to the operational decisions that commanders and staffs must make in choosing courses of action and allocating finite resources. The previous post in this series considered the legal rationale underpinning the integration of a gender perspective into assessments of civilian harm as required under international humanitarian law. A complementary way forward in addressing this problem is to look at gender from the perspective of risk to the mission.

As evidenced in the influential analysis of gender analyses by March, Smyth and Mukhopadhyay from 1999, there is no shortage of useful gender analysis models that have been used to examine the role that gender plays in the social, economic, and political life of a given population.  The analyses that flow from using them help identify inequities based on gender, and describe the disadvantages and burdens associated with these inequities to at-risk groups within the population.  The results of these analyses can suggest steps that militaries could take to mitigate these risks.  What is missing from these methodologies, however, are higher-level connections to the one thing that will always be present to some degree in deployments and will never be far from the commander’s mind – risk to the operation, and risk to the personnel conducting it.

An operational theory of gender that considers risk to the mission

Some might argue that there are operations where gender is probably not relevant from the perspective of operational risk to the mission.  This is likely true in equipment-heavy, force-on-force engagements conducted in areas where there are no civilians present, or in which the perceptions, attitudes and behaviors of the civilians are not really relevant to whether either side prevails.  This circumstance is not particularly common in contemporary warfare, and would overlook the relevance of gender to, for example, detention operations or the provision of medical care to the wounded and sick – regardless, it is a view some military personnel may argue.  This is not likely true at the opposite end of the mission spectrum, where civilian-centric missions’ operational success does depend on what the local people believe and act upon – what General Sir Rupert Smith has described as ‘war amongst the people’.

Here, the failure to consider gender in the conduct of the mission likely does present an operational risk, because not doing so ignores the fact that half of the population has different security needs than the other.  The risks faced by women and girls in different civilian-centric operations are only part of the mission’s risk picture.  At the highest level of staff analysis, the challenge lies in translating an accurate gender analysis that considers risk to them, or even the absence of risk, into an assessment of risk posed to the mission itself by gender factors in the mission area.

Professor Muvumba Sellström’s research into rebel groups in the African Great Lakes region illustrates how the lack of a gender-based risk to women and girls in an operational setting could actually represent a gender-based risk to a deploying force sent to that area.  She found that a particular rebel group often brutal to civilians in general nevertheless had a particular ethos that forbade sexual violence against women and girls.  This was reinforced through socialization within the group that looked down on those fighters who violated this tenet as acting contrary to the chivalrous image of one committed to the cause, and by strict discipline for offenders.  Even rival rebel groups recognized that this was the case.

Suppose a multinational force deployed into a host nation to assist the host nation’s forces in fighting an anti-government group that had the same ethos regarding protection of women and girls as did these particular rebels, and that this was well known amongst the civilian population.  A typical operational gender analysis might find that sexual assaults on women and girls by the rebels were not a major issue in areas controlled or contested by the anti-government group.  Thus, the deploying headquarters might conclude – unfortunately, too quickly – that there was little need for further consideration of gender inequities in this regard, other than ensuring its own forces remained disciplined and respected the human rights of the local people.

This is because the gender dynamics present in the context may impact the mission in other ways.  Let us assume the deploying force’s tactical formations are predominately male, as most military forces are today.  Further, social norms create the expectation of separation between men and women, notably in that host nation women generally remain in their homes (do not commonly circulate in public), and are forbidden contact with men who are not family members.  This could lead to situations where deploying force troops search homes occupied by women and girls for weapons and materiel, which could foreseeably lead to fights between the troops and the women and girls in the event that items were hidden in homes.  If these fights were captured on a smart phone, they could easily become effective anti-government propaganda, emphasizing that the rebels do not molest their fellow citizens, but foreign deploying troops do.  What at one time might have seemed to the commander like one less thing to worry about now becomes a risk to mission success.

Using risk to define the edges of gender capability and competency

If the deploying headquarters had comprehensively analyzed gender risk, however, the perceived lack of risk to host nation women and girls could have been identified as a potential risk to mission success.  Steps could then have been taken prior to the deployment to mitigate this risk, such as ensuring greater numbers of deploying female soldiers, training exercises with gendered role-players in home search situations, and prior coordination with information operations and public affairs units to be sensitive to the possibility of negative stories about operations with male soldiers of the deploying force amongst the population.  These steps would have all come with resource costs, but these costs could be quantified, and assessed in the same currency by which other risks and mitigation measures are evaluated.

The higher-level assessment of risk to the mission would allow gender to be normed in the planning process and in operational evaluations, rather than it being an afterthought as sometimes seems to be the case now.  Further, it would help define the edges of gender’s usefulness in each mission as a capability and focus military efforts not just on ‘doing gender,’ but working with gender with a military goal in mind that was tied to resources and specific lines of effort.  Importantly, it would also help define the area of military competency in gender efforts in an operational setting and help keep the military in its lane supporting the work done on gender issues by international development agencies and civil society organizations.  Growing this approach, and the expertise necessary to make it work effectively, however, will require concerted effort and investment by military organizations and cooperation with civilian sources of talent and information.